Apple Slash is a solo effort from Norwegian coder Agelvik and is this week’s offering from Ratalaika Games which means you get an hour or so of gameplay, an easy platinum and the chance to do it all again if you have a PS5.  But is that all there is to this old-school hack and slasher?  Well, let’s find out.

You play as the ‘Apple Knight’ who, after being awoken by his brother and told that weird slug things have started prowling throughout the land, embarks on a quest to save his weird swampy homeland.  Along the way you’ll meet a small number of quest givers who will task you with destroying eggs, finding eyes for a shed (?) and looking for a guy’s missing son.  However, this all just occurs naturally during gameplay. 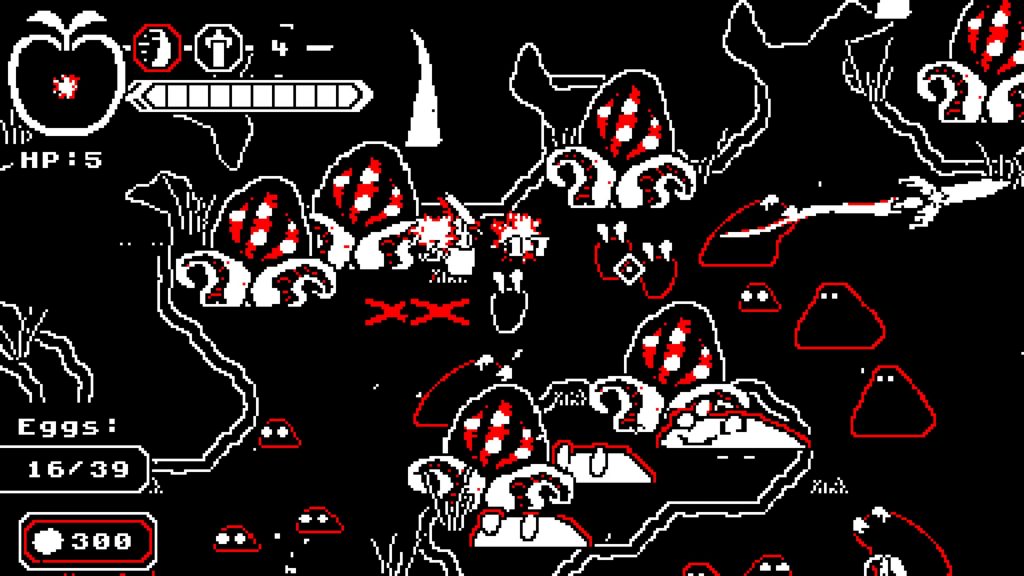 The real mechanics here are slashing at enemies with your sword and the navigation of the map itself.  In terms of the combat, things aren’t too taxing.  The slug things inch towards you and don’t do a ton of damage.  The only danger comes from where there are lots of them and you get a bit impatient and try to rush past them.  An end of game boss offers a bit more challenge too but isn’t going much a barrier to any gamer with basic skills.

You do unlock extra attacks as you go along and these do make life even easier with a sword smash move that’s great for crowd control and an alternate sword mode that melts enemies pretty quickly.  The latter attack also helps with navigation as, initially, you can’t really do much as long grass blocks several routes (that sword mode will take care of that) and you can’t cross bridges.  Within 15 minutes though, you’ll have the freedom of the world and that’s where Apple Slash’s main failing comes into play. 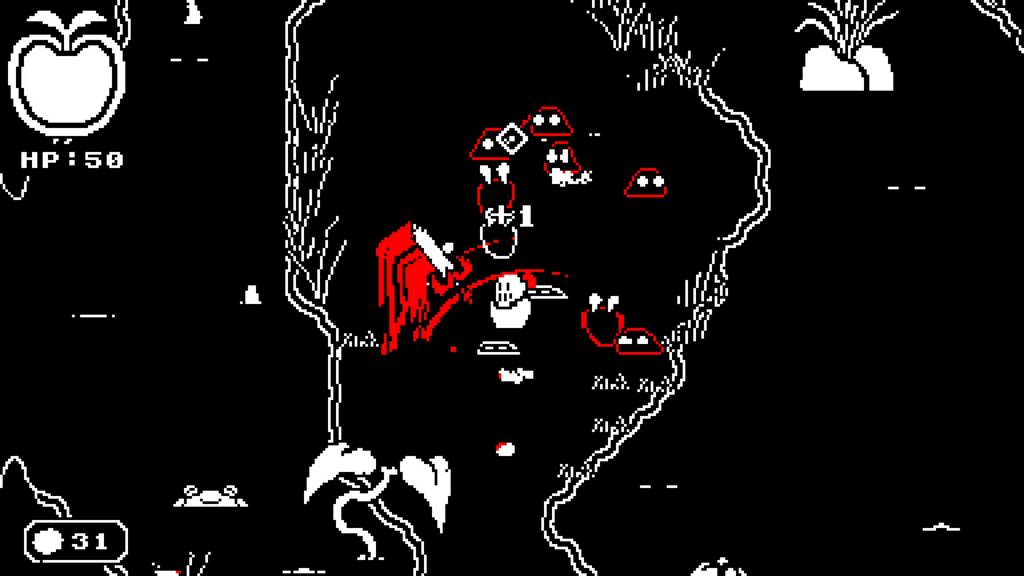 The world here is a bit of a maze.  Not a huge one to be fair but a maze nonetheless.  You’ll often be picking up something and then will be trying to find the quest giver for it or searching around for keys or eggs and not being sure if you’ve been there before.  That’s because of the fact that the level design here is basically lacking any kind of notable features.

As you can see from the screen shots, everything is black and white (with the occasional flourish of red).  That makes navigation kind of tricky (especially as there is no in-game map).  It doesn’t help that everything kind of jiggles in a way that reminded us of the old cartoon Rhubarb and Custard.  But in pixels.  The effect isn’t pleasant though and at best it looks like horrible v-sync tearing but on a ZX81.  It’s a bold design choice but not a good one.   The music is pretty good though! 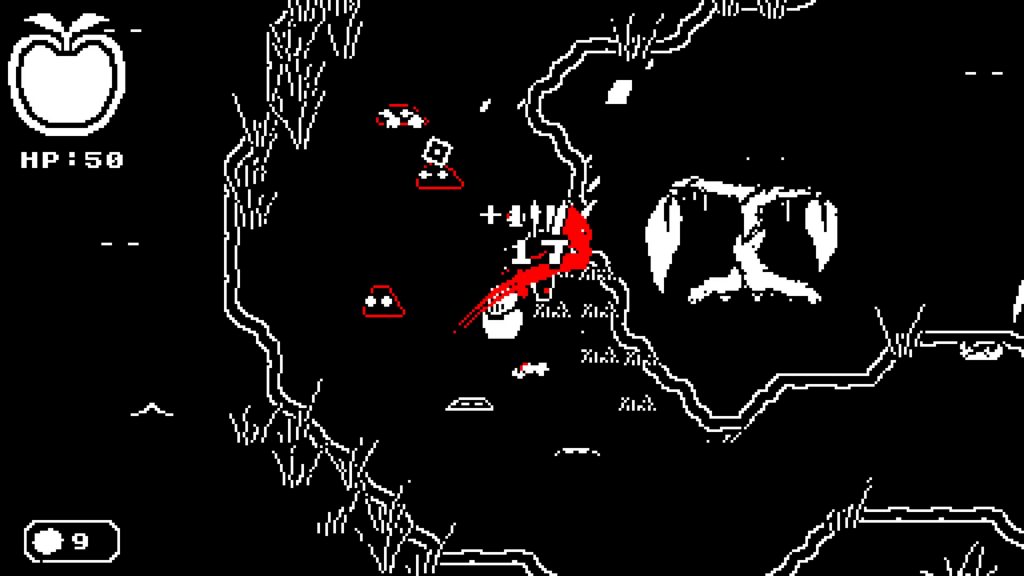 At first the game was a little bit frustrating.  I don’t like mazes, I don’t like being lost and I don’t like having to figure out what the game wants from me.  An hour later though I was sat there having finished the game and mopped up the odd trophy for the platinum on the PS5.  It then just took 40 or so minutes to do the same on the PS4.  As ever, both versions are identical and perform exactly the same.  Not that the game would ever have pushed the PS4 out of first gear.

In the game’s defence, it can be charming.  The simplicity of the concept might appeal to kids too and, of course, the trophy whores will enjoy the quick platinums but beyond that this is a game that wouldn’t have impressed on a SNES so it’s not going to turn heads on a PS4/5.  But it is playable enough and it’s cheap.  But beyond that, there’s very little about Apple Slash to even talk about, let alone recommend.

Apple Slash
4 Overall
Pros
+ Reasonably playable
+ Can be slightly charming
Cons
- Very basic
- Primitive, and ugly, visuals
- Won't last you more than an hour
Summary
Apple Slash is a basic top-down, maze-based hack and slasher set in a fantasy land but it's too short, simple and plainly presented to really be something we can recommend.