Mekabolt is the latest release from Ratalaika. It just happens to be the debut title of pixel artist and regular contributor to other games somepx. The titular mekabolt is a miracle device that disables mechanical objects, some permanently, others on a strictly temporary basis. The opening spiel of the game is something about batteries being needed for the mekabolt itself. At any rate it’s secondary to getting down to the task at hand.

What follows is a romp through various levels, not dissimilar to another Ratalaika/somepx  game from just the other week, Gravity Duck. The menus are essentially the same, clearly built on the same framework. But none the worse for it. Mekabolt could have lapsed into generic blandness but somehow doesn’t. Your character is meant to be a lady, but we’re getting more of a latter-day Gary Numan vibe. Go look him up. It’s uncanny. 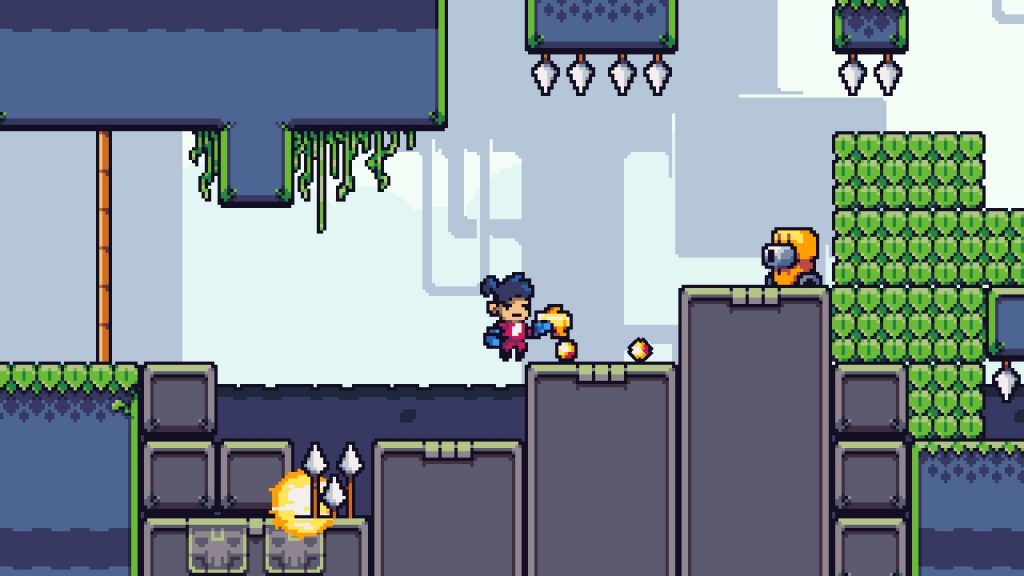 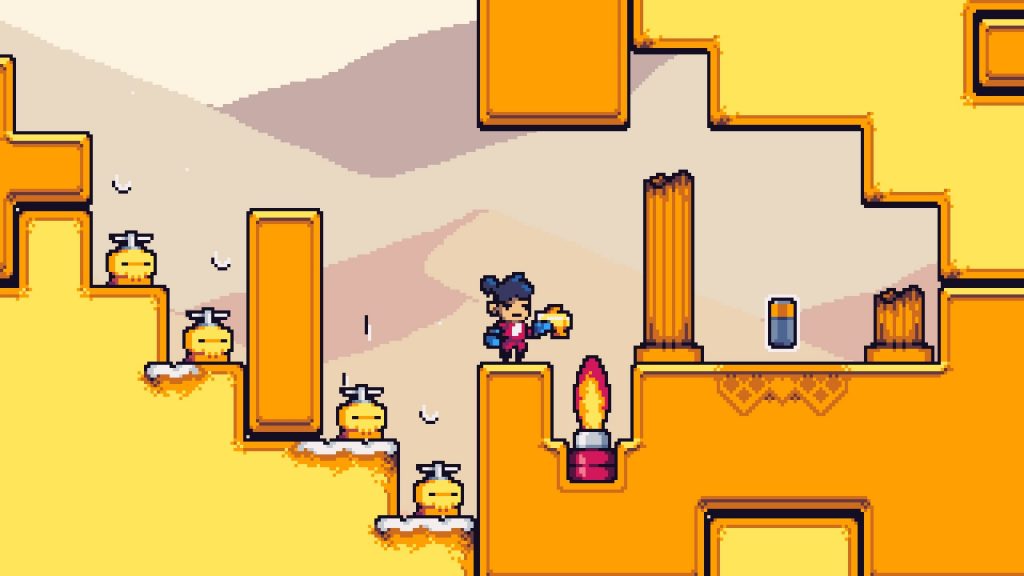 That’s not to say it’s difficult, ’cause barring a few rage spikes, you’re looking at a fairly typical Rata-rinse. We say rage spikes mainly due to one annoying mechanical opponent you’ll face regularly in the opening act. Innocuous enough in isolation, but in the case of this sleep deprived reviewer, it got a bit much. Especially when combined with having to repeat the same level over and again, due to mistiming a jump late on and dying to one of their projectiles. Were it not for the cost of a replacement Dualshock 4, we’d probably have seen our controller flying across the room. As we said, sleep deprived rage. 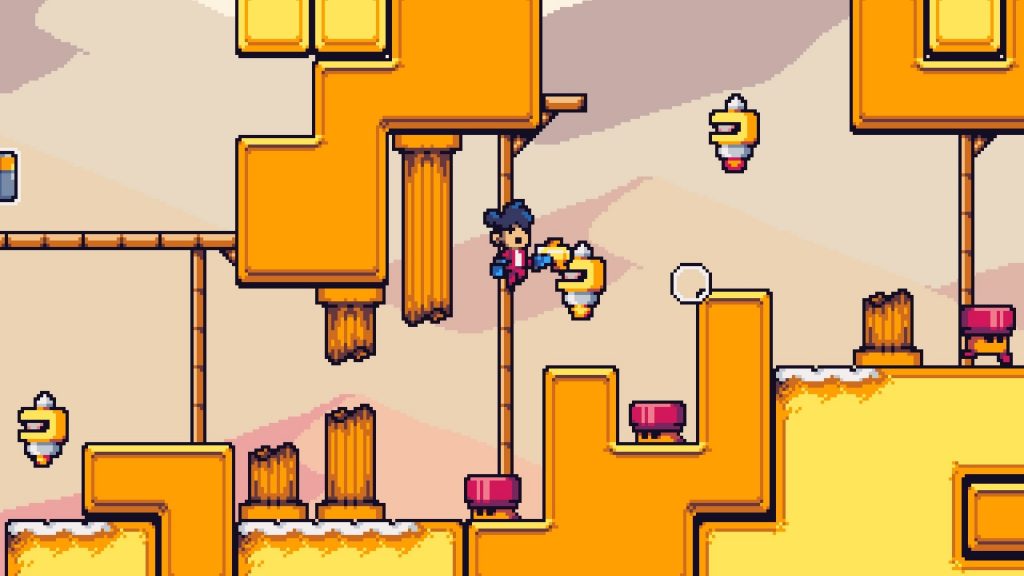 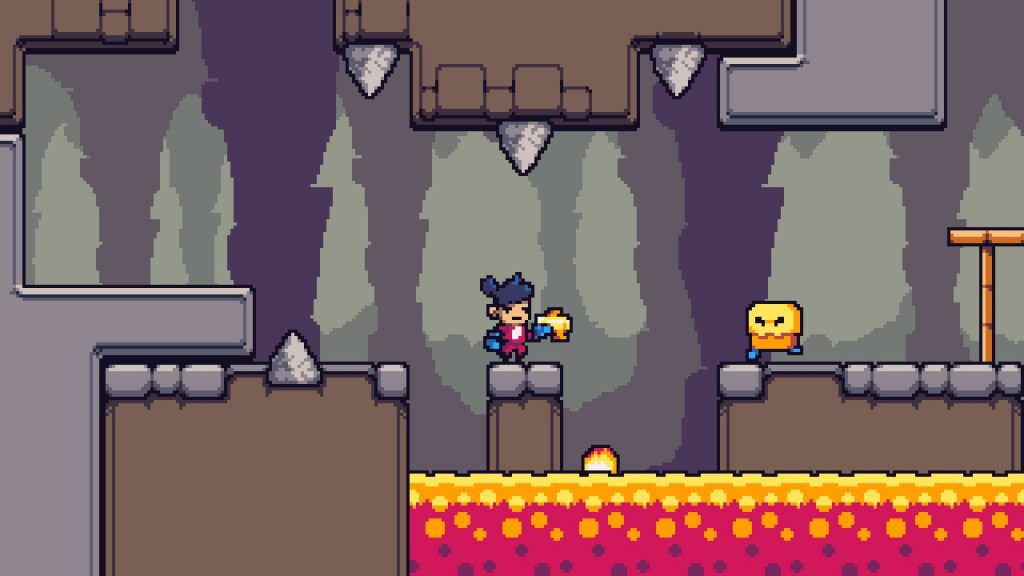 It’s all well and good with the cute design and and generally forgiving gameplay, but we can’t help but feel a little underwhelmed due to the speed we got done. Even with the harder levels here, this feels like little more than an itch.io concept fleshed out. It’s alright but the relative lack of challenge on display and the fact we had platinums on both PS4 and Vita within the space of a few hours. It didn’t take us long to polish off the remaining levels either.

Mekabolt is alright, just alright. We enjoyed ourselves for the most part but it’s all over very quickly. The Vita port helps add value to the package, assuming you have access to one too.

Summary
Mekabolt is a well meaning but easy platformer you'll be done with in the space of a few hours.