Legend of the Skyfish is a cross-buy puzzle/adventure title that comes from the super-prolific publishers Ratalaika Games and is a port of a 2016 iOS game from Brazilian coders Mgaia Studio.  It’s a top-down affair that sees you playing as Little Red Hook, a girl who has to save her brother after he is kidnapped by the Skyfish, a malevolent sea beast that was woken up when Hook’s people overfished the seas.  Thankfully, she is helped out by Moonwhale, who takes her from island to island as she clears them out of enemies using her one and only weapon: a fishing rod.

The rod has a few uses.  Firstly, it’s a melee weapon and is sturdy enough to take out all enemies, apart from bosses, in 2-3 hits.  It can also pull in enemies, taking away any ranged advantages they might have and you can also pull objects or hit switches in order to solve puzzles.  It’s all very straightforward, especially as the game teaches you all this in just a minute or so.  After that you’re on your own (well apart from Moonwhale who basically just operates as a taxi service) and it’s up to you to clear out the game’s 45 levels, which are set across three island types. 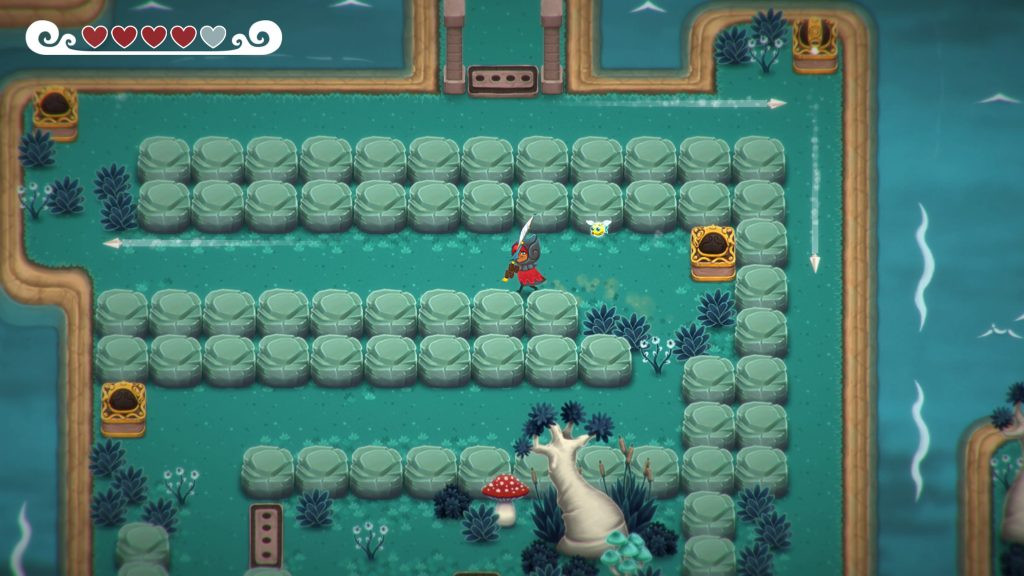 In terms of the gameplay, the combat plays a part but the main thing is the puzzling which breaks down to flicking switches, avoiding obstacles and trying to figure out how to get through gates.  It’s all very easy going, even towards the end of the game where it does ramp this stuff up but never to the point where a level feels overly long.  Indeed, you can beat the game in a long sitting, just a few hours.  There are no real collectables, beyond a few weapon upgrades, and the levels are relatively linear and pretty short.

That might present some value for money issues but we were mainlining the game for review purposes.  Sensible gamers might want to break it up into a few smaller sessions.  The game does offer cross-play with the Vita although you might not particularly feel the need to play the thing twice.  Being a Ratalaika joint it does have two platinums on offer if you do beat it on both formats and, unusually for them, you do have to beat the whole game to get all the trophies which does give the game a bit more value if you’re not just a trophy whore. 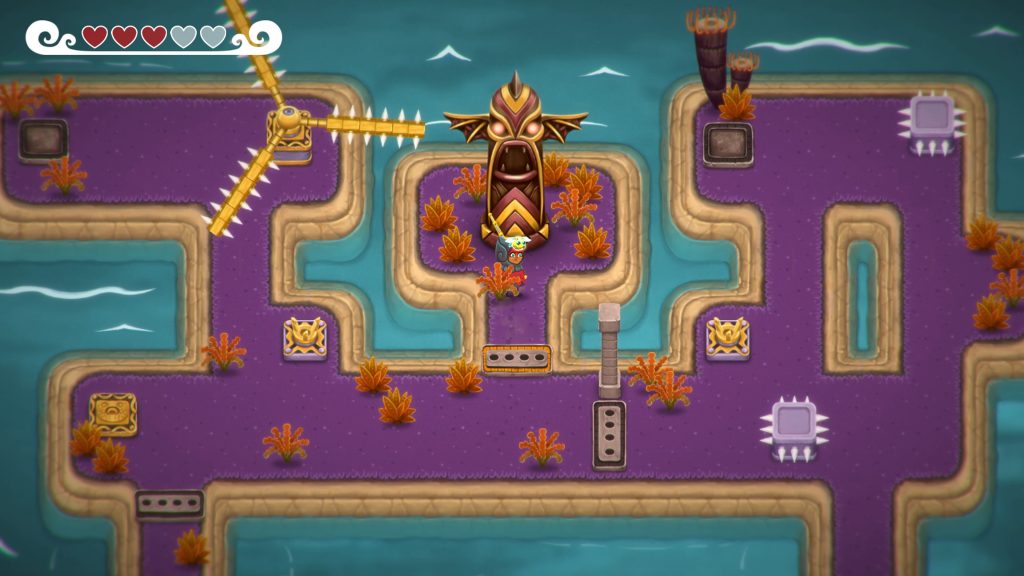 Once you get past the usual Ratalaika silliness, there’s actually a very likeable game here.  The art style is very nice with hand-painted style art for the characters and environments.  It’s not going to win any awards but it gets a big thumbs up from us for looking nice and not being yet another 16-bit looking pixel-art affair.  And the gameplay is quite enjoyable.  At times it feels like a cross between the original Blood Omen: Legacy of Kain (minus the RPG elements and violence) and the classic ZX Spectrum platformer Bruce Lee (in terms of some of the automated traps).

The levels can feel a bit samey but new elements are introduced when you get to each new world and while we absolutely sailed through the game without too much of a challenge from the combat or puzzle elements, we did have to use a bit of brainpower towards the end, if only fleetingly.  The levels are reasonably well designed and their shortness means that you’re never dragged into maze-like elements which could have been a danger. 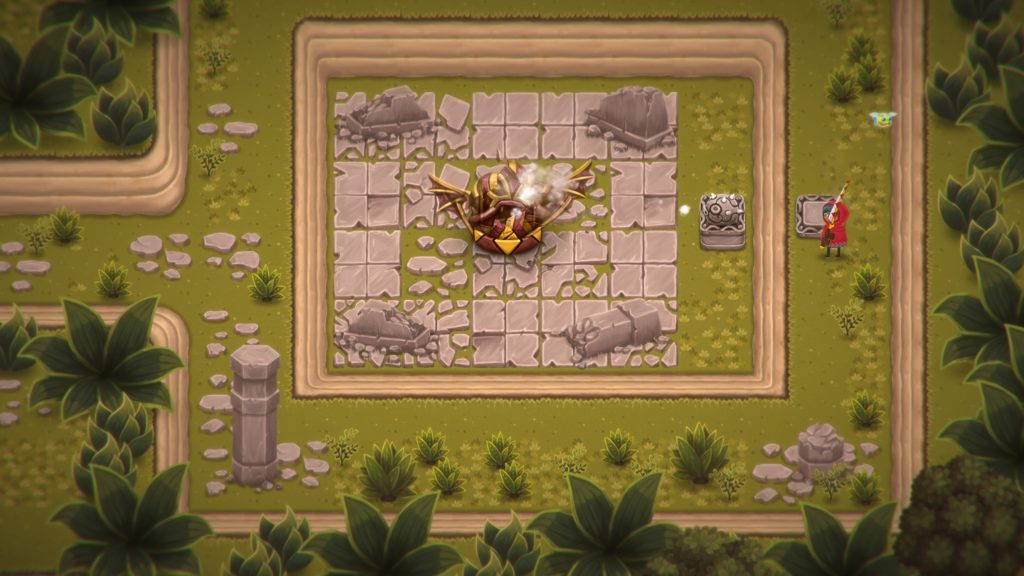 Every 15th level is a boss battle and these do offer a little bit of a change of pace although they are pretty easily dealt with.  You can brute force the first boss and the second is very easy to read, having only three attacks.  Skyfish, the game’s final boss, only took a couple of goes to figure out as well.  So, it may be that this is a game best played by, or at least with, kids.  There’s very little threat in the combat and you do have thinking time to deal with most of the obstacles.  There are a few trickier obstacle sections later on that might scupper any young ‘uns but fuck it, they’re probably playing Fortnite anyway.

The music and sound effects are pretty simplistic but the overall presentation is definitely pleasing and now that we’re sat at the finished end of the game, it’ll be one that we’re pleased to have played but it does offer little to no replayability and, as lapsed trophy whores, we’re not even sure we’re bothered enough to grab that Vita platinum.  That said, this is a cut above some of Ratalaika’s cheap and cheerful ports and the fact that you don’t just get the platinum for beating one level or something does reflect that.  But it does still really only offer two to three hours’ worth of gameplay and that’s not much, even for £6.49, and so you may be better off waiting for the inevitable sale that should only be a couple of months away.

Legend of the Skyfish
7 Overall
Pros
+ Nicely presented
+ Gentle, enjoyable puzzling
+ Short levels that don't get too mazey
+ Good for kids or whatever
+ Cross-buy
Cons
- Pretty short
- Might be too easy for some

Summary
Legend of the Skyfish is a nicely presented puzzle/adventure title with some decent level design that doesn't overstay its welcome but it may be a little too short and easy to represent good value for money, even at its cheap asking price.