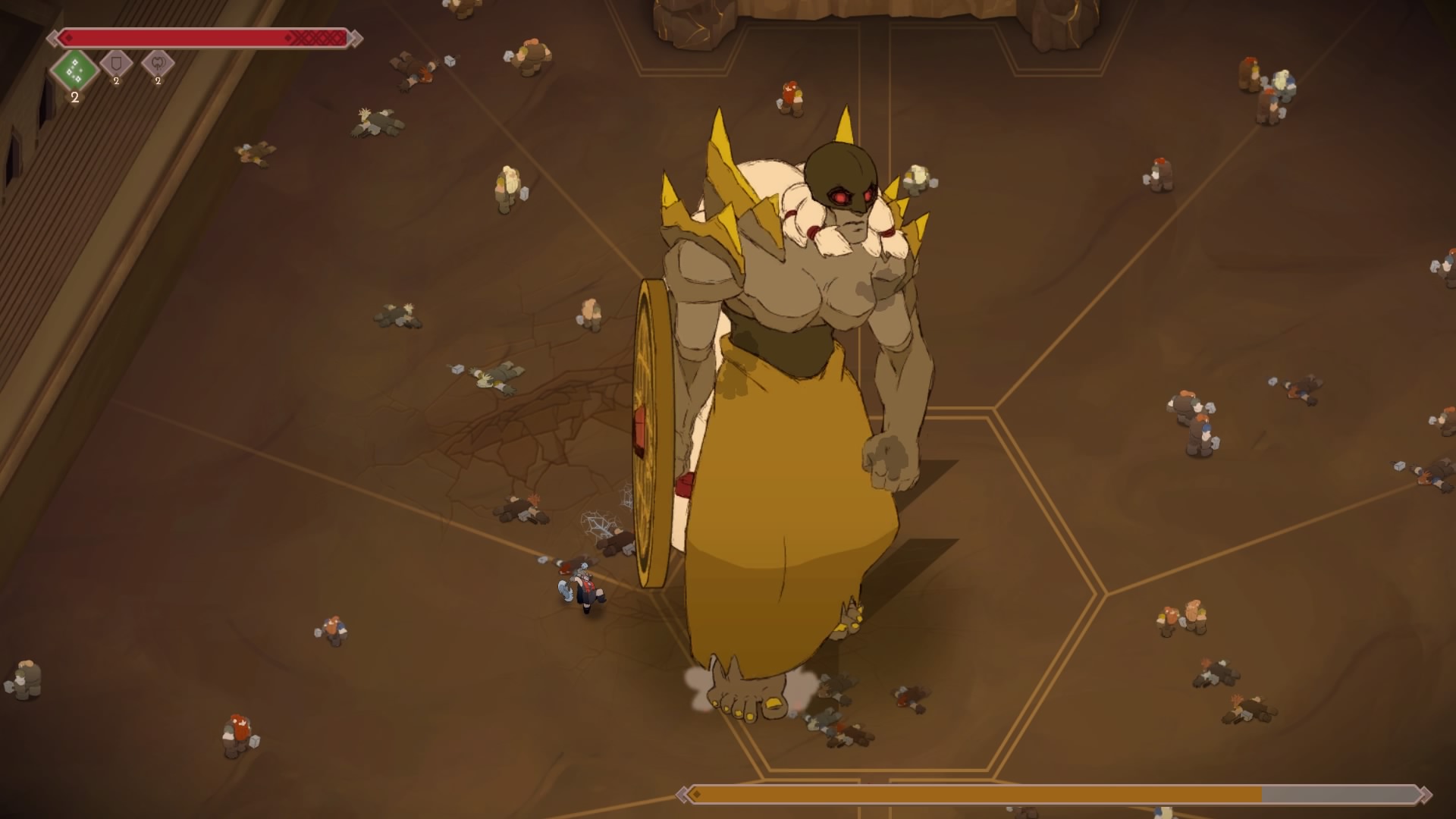 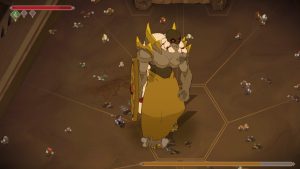 I’ve always been of the opinion that Norse mythology is great, and would make a brilliant fit for videogames.  There are tales of violence and gods, full of wonderfully vivid images, as well as some proper bonkers bits in it involving talking cows.  It was with this forefront in my mind that I looked forward to getting to grips with Jotun: Valhalla Edition.

As is so often the case this was first released on Steam following a Kickstarter campaign.  This is the same game but now includes the more difficult Valhalla mode, which is unlockable upon completion.  At the time of release Jotun was praised for the hand drawn graphics on display.  The transition to the home console has done nothing to diminish the effect of these, and the game looks as lovely as ever.

The story follows a Viking warrior named Thora as she goes around slaying the aforementioned Jotun.  She is doing this as an attempt to impress the Gods and gain entry to Valhalla, you see she’s already dead by the time of the opening cinematic.  There are six Jotun to defeat and Thora’s story is slowly revealed after each encounter.  All the voice acting in this game is done in Icelandic actors and is frankly ace.  To hear them correctly pronounce all the mythical names really sets the scene and draws you into the story. 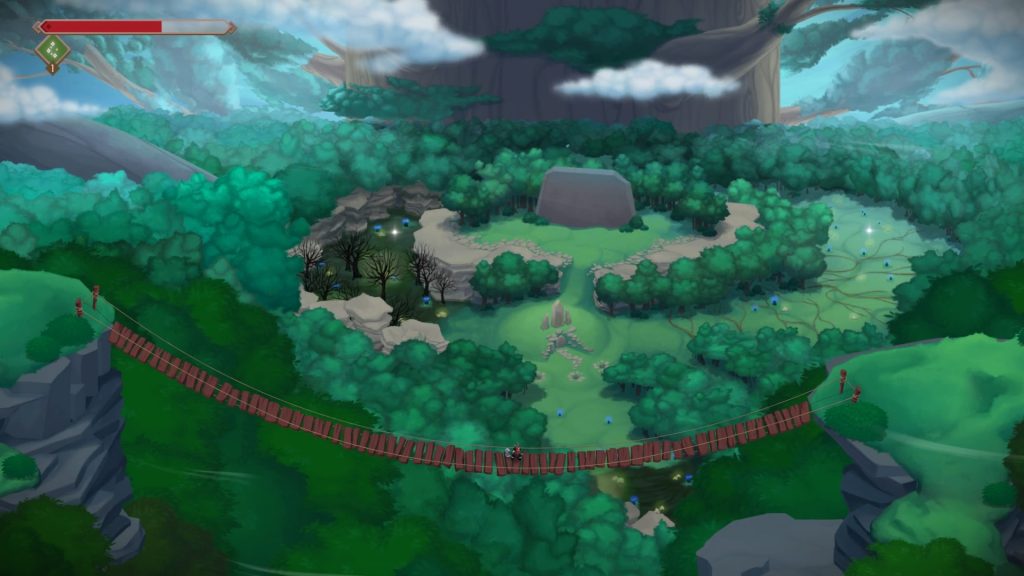 Jotun plays out from an isometric point of view, with the camera willing to pull back to showcase the art work pretty regularly.  There are two parts to the game, the first is an exploration game.  You’re tasked with walking through the level to discover a rune, or part of a rune, which will then allow you entry to the boss arena.  As you are exploring there are some mild environmental puzzle elements and the odd secret however, the emphasis is on admiring the scenery and taking your time.  There are a couple of instances of enemies to defeat, but mainly you’re left to your own devices to go through the level and get the rune.

The bosses are the second part of the game.  There are five on offer here and each one looks visually distinct from the other, based as they are around the mythic Jotun.  The battles look epic and the Jotun dominate the screen.  Immediately this brought to mind a 2D version of Shadow of the Colossus, with that games emphasis on screen filling boss fights.  Unlike that game though there is perhaps less to the Jotun battles here.  You only really have two attacks, a simple swing or a heavy lunge of your axe, you also don’t climb or otherwise interact with the Jotun.  In fact all the battles basically involve you twatting the Jotun’s ankles, a bit like that scene from The Golden Voyage of Sinbad. 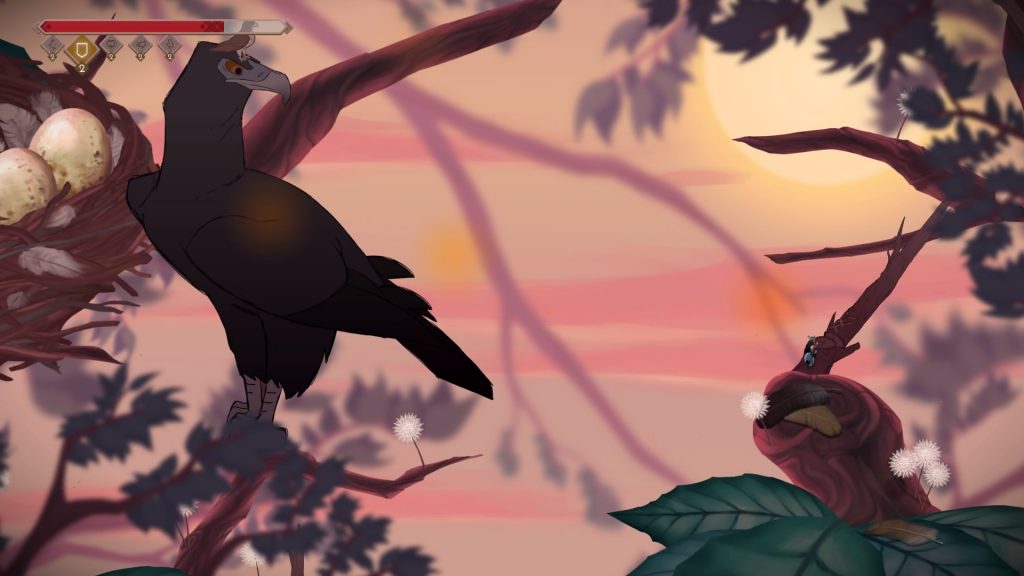 One of the weakest elements of Jotun is also perfectly coupled with one of it’s greatest strength.  The controls feel somewhat laboured lacking the fluidity of other games.  It feels like this is a direct result of the game being hand drawn.  The presentation is lovely and the art work is gorgeous however, the game has definitely got an odd feel to how it’s all animated.  The movement of both the Jotun and Thora seem to flit between different hand drawn images.  What I mean by this is that it very much looks like a hand drawn animation.  Whilst this is nice to look at it does mean the game lacks a certain fluidity you’d find in other traditionally animated games.

Another weakness is the fact there isn’t much to do here.  It’s definitely a story driven game and, whilst the story is interesting, it can only be told once.  Realistically Jotun just doesn’t have much replayability. 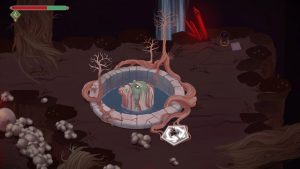 Overall Jotun: Valhalla Edition is another solid indie title to hit the PS4.  Whilst not without it’s flaws these aren’t enough to spoil your time there.  It may be an odd mix of exploration and discovery with just a dash of giant killing action thrown in.  But it’s for the visuals you’ll be drawn and in this regard it succeeds.  Visually it is absolutely gorgeous and the Icelandic setting really sets it apart from any other game on the system.