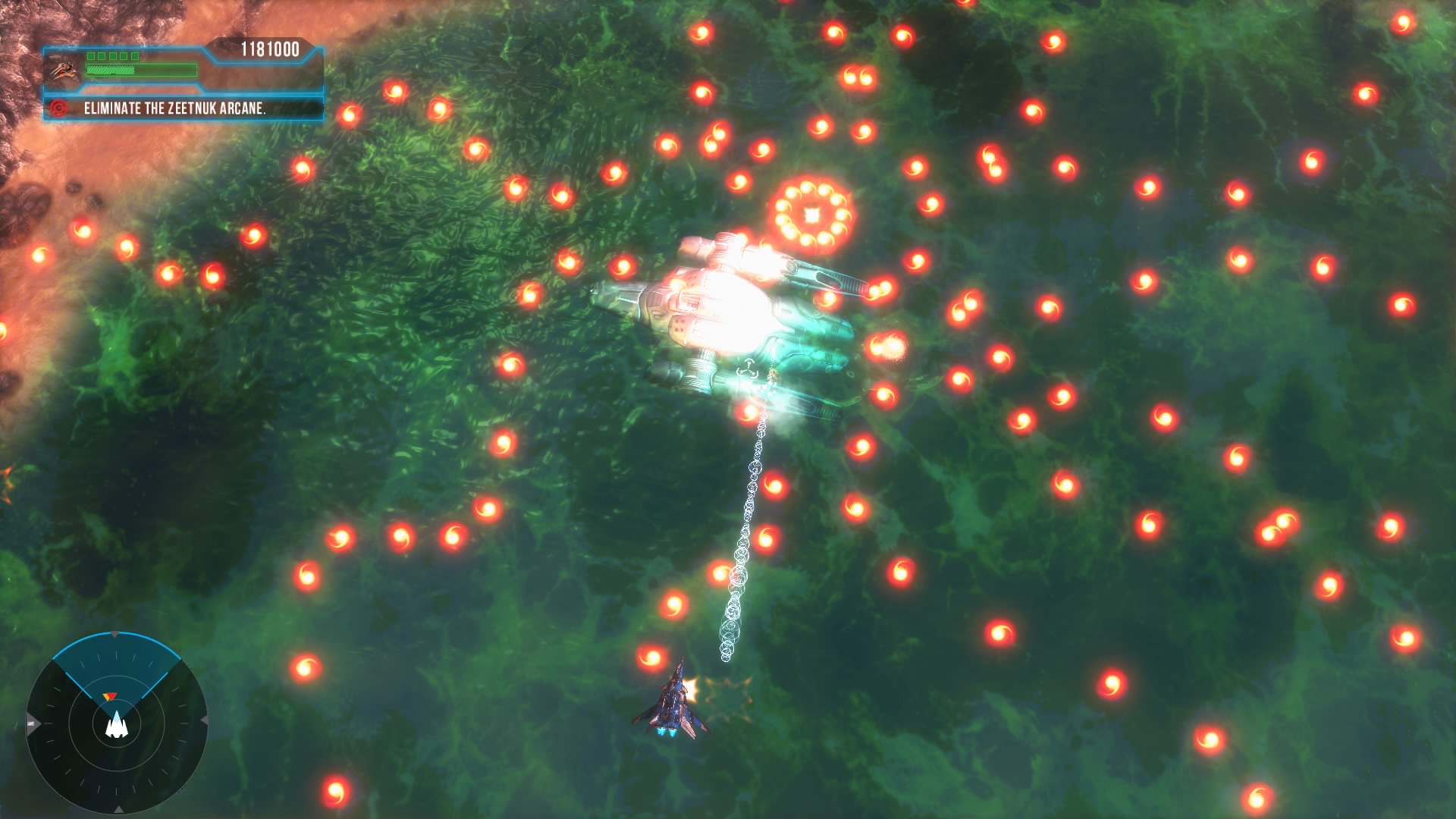 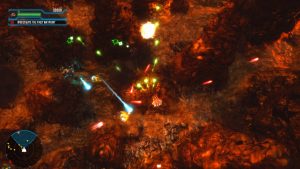 Buenos Aires based coders OPQAM first came to our attention with their open-world twin-stick shooter Project Root, a game that we absolutely detested.  We went as far as to give it two out of ten which didn’t reflect how well the game was put together technically but rather just how utterly devoid of fun it was.  Arcade shoot ’em ups are all about the quick adrenaline rush, so dragging out the genre with hour-long levels and piss-weak weaponary was never going to cut it here in PlayStation Country.

As soon as I fired up DOGOS, I was reminded of Project Root.  It uses the exact same game engine and feels entirely similar in some ways but, to my surprise, I was enjoying playing it.  It appears that OPQAM have learned some lessons from the debacle that was the previous game.

The game tells the story of Desmond Phoenix (yep, don’t expect any new ideas), the last remaining DOGOS pilot (the acronym is never explained) who has to take on an army of mechanically-enhanced humanoids called the Zeetnuks who have taken over the planet.  The story is utterly inconsequential, although it does take itself far too seriously with additional journal entries between levels that read like the musings of a teenager, and so you’ll be ignoring much of it in order to get into the action.

As with Project Root, the game is a twin-stick shooter where the left stick controls movement and the right stick rotates you (but as the camera is fixed on your position, it really rotates the world).  You’re armed with a basic gun and bomb combo and are sent into the game and expected to survive.  As you progress, new weapons are unlocked such as wide-firing bullets or different types of bombs.  These upgrades can be taken back into earlier levels in order to improve your score (which you won’t care about) or unlock medals there which are earned for such things as beating the level within a time limit or destroy a number of special enemy types. 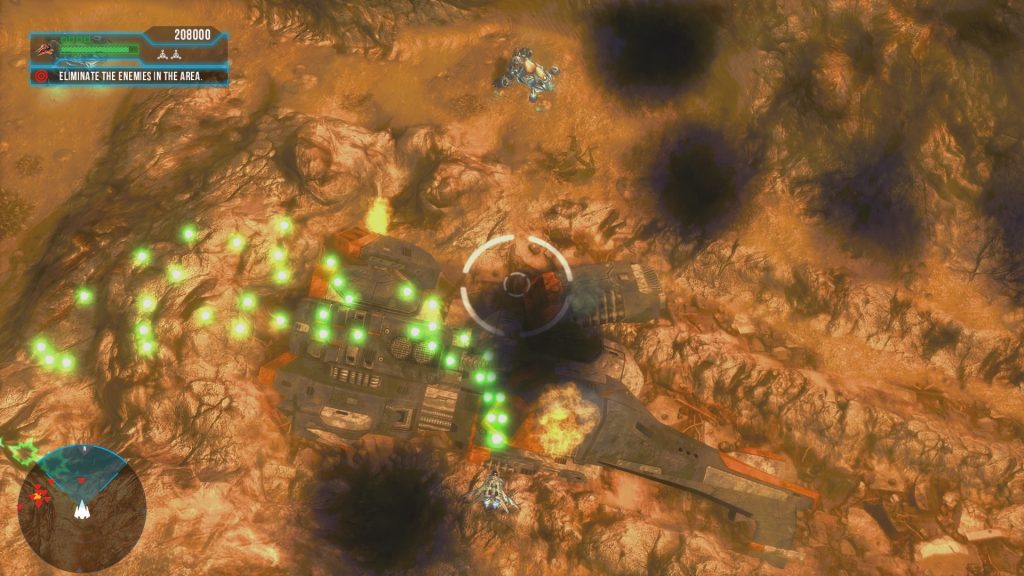 Now where Project Root suffered was in how weak the weaponary was and that’s an issue here.  Bombing targets takes a lot of patience, as it kind of feels like you are dropping sponges on your enemy, while shooting enemies in the sky will invariably see you circling around them, trying to land your bullets.  That said, it’s not as bad as it was in Project Root.  Things do feel a little more dynamic in this game, which is the first of several improvements.

Things are also improved by the brighter visuals.  Project Root was exceptionally uninteresting to look at, like trying to shoot people in an industrial park.  DOGOS at least adds a little more colour and, most importantly, the levels are shorter now.  Those one hour trudges through Project Root infuriated me but DOGOS keeps it short and adds checkpoints.  There’s also a wide range of difficulty options including one that gives you infinite lives.

That’s not to say DOGOS is bad.  It’s a hell of a lot better than the previous game.  It feels nicer to play, looks better and it’s just not the same awful slog that that game was.  However, the combat is much the same and this rotational twin-stick shoot ’em up style really isn’t that much fun.  On the easiest setting, it has some appeal though and that may sound like a cop out but you’re not really given the tools to be skillful here. 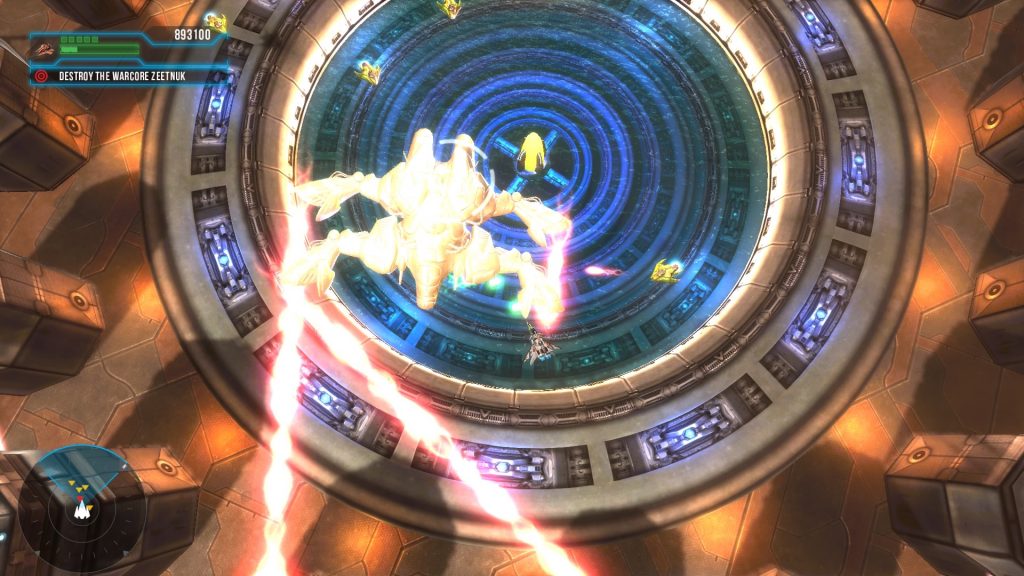 DOGOS throws some big bosses into the mix too.  These are the usual big mechanical type that fling various bullet hell patterns at you and they aren’t that interesting.  Maybe we’ve just seen it all before but the worst thing here is that they don’t have health bars.  What a terrible decision that is.  Plugging away at them gets kind of tedious because you don’t really see or feel the damage and the level ‘Overtrain’ which is just a boss battle by itself is one of the worst ever as again, it’s hard to see the enemy’s weakpoints.

Also, much like Project Root, you’ve got additional weapon pick ups.  The homing missiles and bomb are useful but the laser is less good and the EMP is, as it was in Project Root, absolute shit.  The reason why the laser isn’t very good is that the vast majority of the enemies in the game seem to be ground-based.  Given how weak the ground combat is in the game, this is an odd decision.  It really hurts the game.

Aside from the shooting stuff, the game also adds environmental dangers.  Barriers turn on and off, adding a bit of a left-stick dexterity challenge and occasionally you’ll speed through a canyon where touching a wall will take a life off of you very quickly and while you’d think this wouldn’t matter, this will usually stop you unlocking a medal.  So if you’re chasing trophies, this will be more of an issue.

The best addition to the game in a map that you can toggle on and off.  It was pretty easy to get lost in Project Root and they’ve fixed that here so you do get a sense that OPQAM listened to the feedback and we do appreciate it.  They’ve turned a dreadful game into an average one.  Albeit one that has its technical fundamentals in place.  The game engine provides some detailed graphics and the soundtrack is suitably booming. 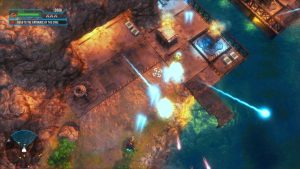 DOGOS is well made, and a clear step in the right direction, but there’s still a long way to go before OPQAM drop anything essential on us.  And it’s a shame as the game looks better than many of the indie efforts on PSN.  Some hard work has gone into this game but maybe they need to stop trying to innovate the genre and concentrate on the fun.

DOGOS
5 Overall
Pros
+ Polished graphics + Much improved over the previous game + Some decent shoot 'em up action
Cons
- Too much emphasis on ground targets - Some of the environmental hazards are a chore - Samey levels - Unenjoyable bosses
Summary
There's a lot of potential in DOGOS which acts on many lessons from the developers learned with their previous game Project Root, but this twin-stick shoot 'em up still has a few more lessons to learn about fun and boss battles. Drop the difficulty, ignore the trophies and enjoy it for what it is but don't expect to fall in love with the game.