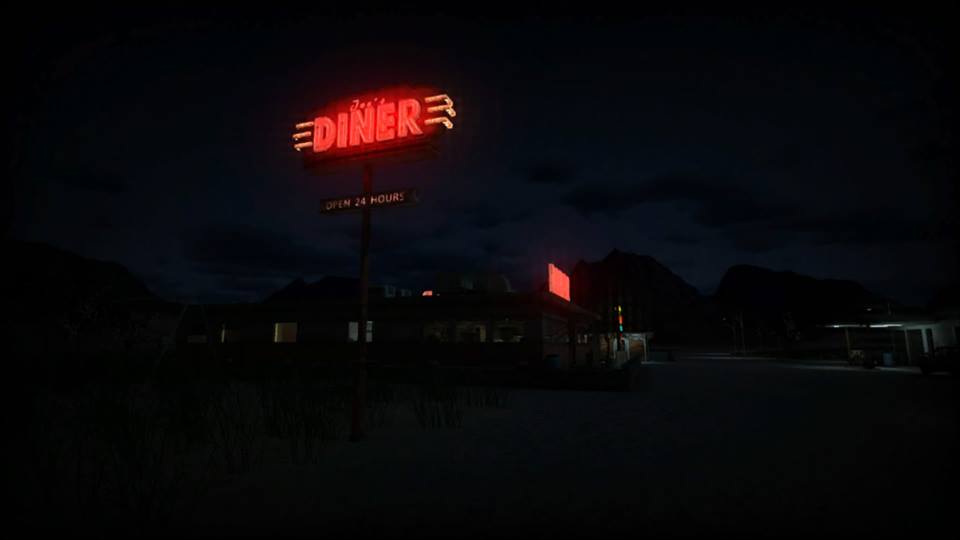 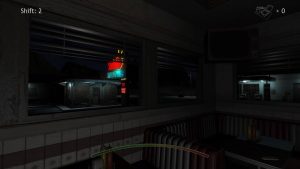 There seems to be a bit of a correlation between summer jobs and indie game developers. Ever since Five Nights at Freddie’s appeared on PC there have been a slew of similarly themed games coming out, each trying to demonstrate their own twist on the haunted eatery experience and each with varying degrees of success.

Joe’s Diner sees you take on the role of a night shift worker who’s job role consists of tidying up discarded foodstuffs left behind by customers. Oh and making sure to keep the noise down as the diner is haunted by two spirits thanks to the Indian burial ground that the diner was built on. Don’t you just hate it when that happens?

The spirits are those of two chieftains that absolutely despised each other in their respective lifetimes. Grim Feather is a light sleeper and prefers his nights to go undisturbed and Laughing Bird is the mischievous type that wants to make your life hell by turning on the various appliances and machinery around the diner in a bid to wake up his moody rival. So while you are cleaning tables you have to contend with switching off whatever Laughing Bird sets off, if you do not do this in good time then you risk either not clearing up in time for your shift to be over or you could incur Grim Feathers’ wrath. 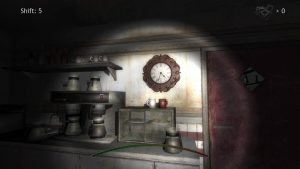 I have several problems with this concept and it is not just because I have had to work a similar shift a few years ago. First of all Joe’s Diner is a 24 hour restaurant. What happens when they get customers? Secondly if this is a 24 hour diner then why is it lit some dimly? Your character constantly has to work by torchlight throughout his shift, despite the fact that this diner would need customers to stay open, the customers that the diner clearly gets. However judging by the whole foods that are left on the tables I would wager it isn’t a very good one or perhaps, just maybe this game isn’t all that well thought through.

It really shows. The gameplay consists of you engaging in the above tasks of cleaning, carrying things to the bins and switching off machinery. To do this all you have to do is walk up to these things and press the X button to interact. Think of looting a bunch of junk in fallout while occasionally having to switch off landmines for an entire game length and you will get the idea. Only this time of course, the environment you do this in is a three room singular location. It has the intrigue of a walking simulator without the story or varying locales.

Things can get a bit more difficult as you progress through the thirty shifts that the game is made up of. Laughing Bird gets particularly bothersome by littering tables with food when you have already cleaned them up or by leaving crisp packets on the floor for you to wake Grim Feather up by stepping on the crunchy landmine. 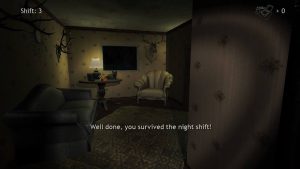 The thing is, this is all well and good but the consequence for failure is just not there. If you don’t clear tables in time for the morning then you will simply be sent back to the main menu, even worse is that if you fail on the first mission because you quite rightly can’t figure out where some sounds are coming from then you must watch the five minute long unskippable introduction sequence again. If you fail to kill all of the noise then you will get a visit from Grim Feather. This is where the game should live up to its survival horror genre but instead all you see is a still frame picture of a native American chieftain which could have quite easily been found on Google image search. That’s right. No animation, not even a gif. The usual shrill of audio that usually accompanies this kind of piss poor jump scare consists of nothing more than a dull thud. 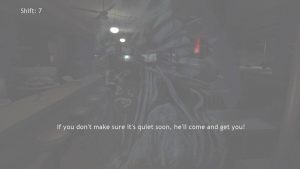 Location wise the diner lacks personality. It looks like your typical American diner but with the lights off. It can also be hard to figure out initially where a sound effect is coming from and the ‘S’ shape layout doesn’t help matters all that well either. You will often end up running towards the bathrooms on one end of the place to switch off the running taps but then you would hear the phone ring on the furthest end of the which can wake up Grim Feather really quickly if left unchecked, resulting in failure and frustration. This trial and error approach begins to grate heavily as the game continues and at times you will fail despite you doing everything right up until the last moment, just because of the randomly generated nature of the game. It just isn’t fun.

Joe's Diner
2 Overall
Pros
+ The idea is alright.
Cons
- Randomly generated, trial and error laden gameplay that barely qualifies as a game - Poorly thought out environment and lazy design - The game concept of poltergeists trying to make noise could have been brilliant with a bit of action, this game has none. - The scariest part of this game is the £15.99 price tag.
Summary
Joe's Diner is about as dull in gameplay as its dimly lit environment. It's about as by the numbers as a game about a haunted eatery can get. There are no thrills here, no scares and no reason to spend money on this game, let alone for the insulting price tag it currently has. Avoid or the grumpy spirit of native American Chieftain will get you.