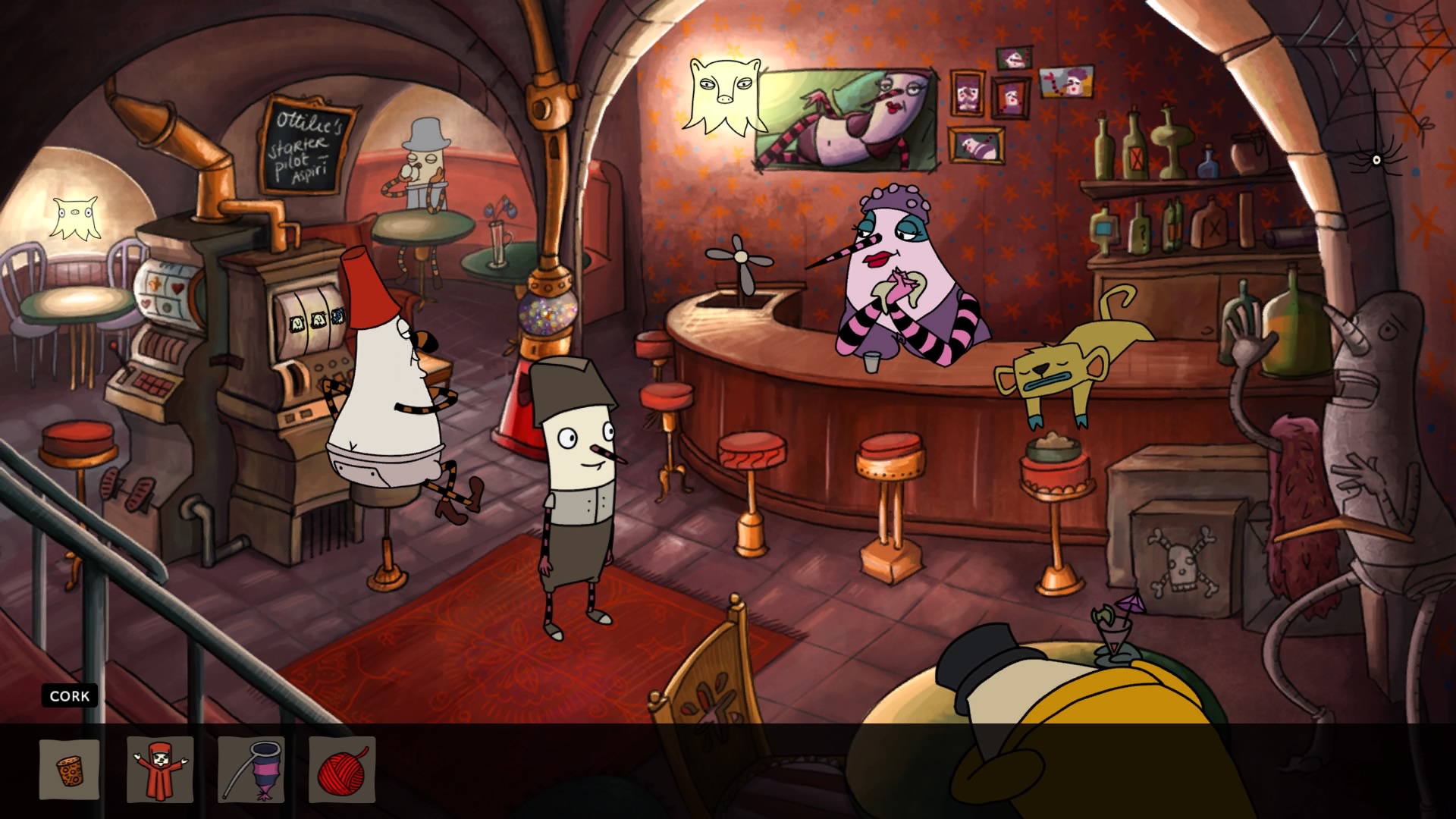 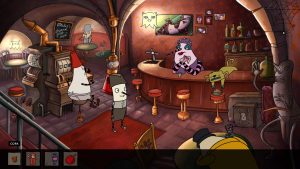 Point and click adventure games seem to have had a rennaisance recently with loads of reasonably decent releases over the past few months.  The Inner World is another such game and comes from a small German indie developer Studio Fizbin. What makes this immediately stand out from the crowd is a highly unusual art style.

The Inner World is hand drawn and you can totally see this in the way it moves, in action this game looks like one of those eastern European cartoons you may have seen about odd looking animals and dictatorships. It is a very odd style and is sort of equal parts great and awful.  What I mean by this is that characters and backgrounds are lovingly drawn and have great style but also have a sort of grotesquely ugly appearance, the barmaid you meet early on is a prime example.

Adventure games will live and die by their stories, and the way they are told. I’m happy to say The Inner World tells an interesting tale and I was fully engaged with it from the start.  The story is helped no end by the bizarre setting and the wonderfully realised world of Asposia.  To imagine Asposia firstly think of a ball, but instead of having people live on the outside of the ball have them living on the inside.  The only way these people survive is through three wind fountains which blow fresh air into Asposia, unfortunately these fountains have been failing and there is only one remaining working fountain.  The remaining fountain happens to be under the control of a priest who may not be as pure as he professes to be.  It is a decent tale told really well through the six hours of play time. 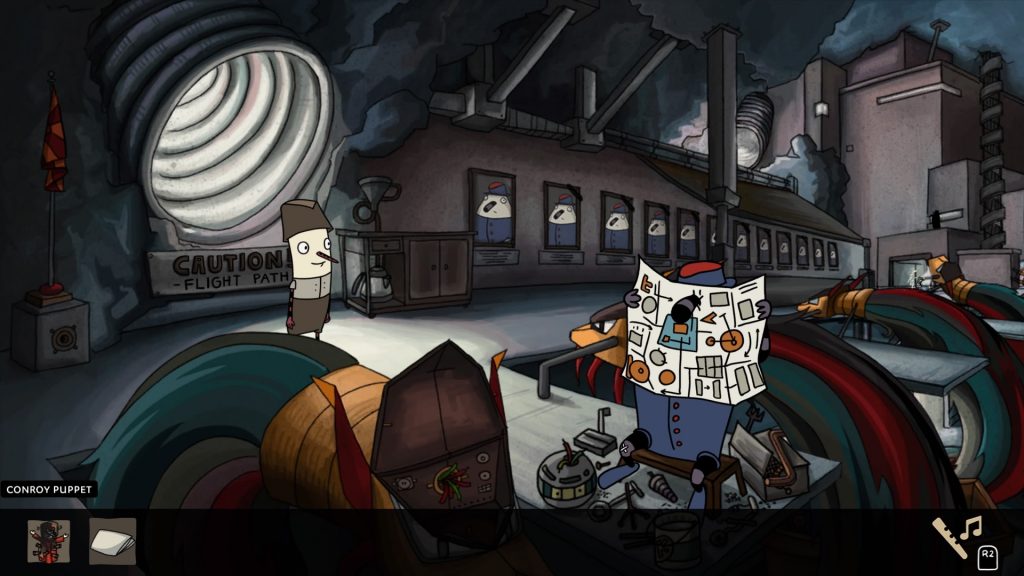 As a point and click game there is a fair bit of inventory management and you’ll be looking to combine items to make new items, or use items with people or objects to further your understanding of the world. It is with these controls that the game struggles the most though.  Whilst you have direct control to move your character about you can only interact with the environment if you’ve already highlighted the item in question, and you can’t highlight items while walking about. By pressing the shoulder buttons you are able to cycle through all the interactable items in a scene and chose how to use them, but this can only be done when stationary.  The way these systems work against each other was just the wrong side of annoying. Managing the inventory is also troublesome and this is purely down to the controls feeling somewhat laggy and imprecise, many times I would move to the wrong item just purely as a result of the controls feeling a bit poor.  Lucky though as this isn’t an action game these control issues never ruin the game.

As with other recent point and click games The Inner World also has a robust help system which will make sure you’ll never be stuck.  If you want to you’ll be able to effectively walk through the entire game with the hints.  I like this system here as the puzzles on offer are actually relatively challenging in the obscure point and click way, so when I didn’t know how to oil that squeaky stool this hint system was great.

Aside from the engaging story the voice acting is decent and varied.  There are a lot of voices and accents on display here, and the delivery feels funny and natural. The script is definitely doing that kooky adventure game thing with lots of unusual characters and situations.  Overall it worked well.

It isn’t all great though as I experienced numerous hard crashes forcing me to quit out of the game. It looks like the these always happened when a cutscene was loading in. Happily though the game is very generous with auto saves and restarting the game always fixed the issue. 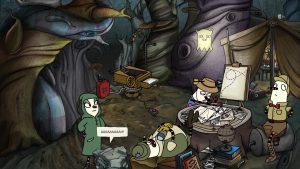 In summary then The Inner World is a thoroughly enjoyable game.  The art style is distinct, the puzzles are good and the story is told well and is both funny and engaging.  The puzzles are typical to the genre but the hint system will allow everyone to see the end of it.  Some minor technical issues are the only things stopping me giving this a higher score.

The Inner World
7 Overall
Pros
+ Good story told well + Good quality of voice acting + In built hint system is a good idea
Cons
- Controls feel a little clunky - Some technical issues resulting in game crashes
Summary
The Inner World is a thoroughly enjoyable adventure game. The art style is distinct and the story is both funny and engaging. The puzzles are typical to the genre but the hint system will allow everyone to see the end of it. Some minor technical issues are the only things that stop this from scoring higher.