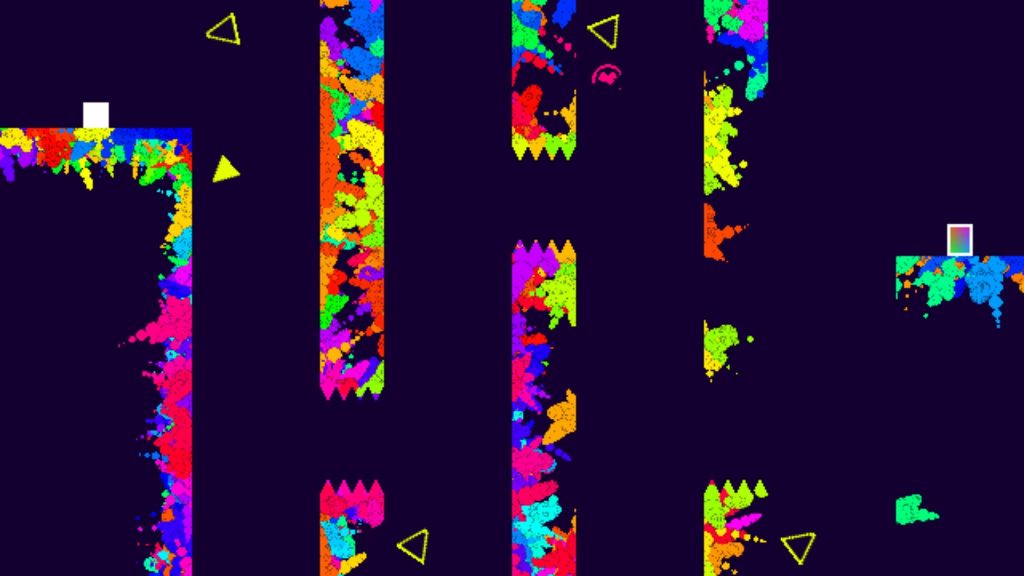 Minimalism and Independently developed retro style games go together like Peter Molyneux and over promised gameplay features that never make the cut. Not a month goes by without us seeing some kind of promise for a retro revival or charming 2D aesthetics with a core gameplay gimmick to mix things up. Dialling things back has been proven to work, We absolutely adore the likes of Downwell for its simplistic outlook and fun arcade mechanics, Pix the Cat is also another great example of simple done well with its charming neon visualisation. It’s when characters get reduced to squares and triangles that things start to get a bit too simplistic for my liking, If it wasn’t for the likes of Sound Shapes or Thomas Was Alone that weave great gameplay mechanics into simplistic design then it would simply just feel lazy.

INK is a game that dials everything back to the very basic, but attempts to add a bit of flair to the proceedings. Instead of having platforms laid out for you with a clear pathway to navigate you instead have to feel and fumble your way through by colliding and splashing ink on the platforms to make them legible. This makes for an interesting if somewhat flawed mechanic. The issue for me was that while the ink splashing and the pathway forming through means of collision or deaths made for a vibrant and attractive look, it didn’t really add anything for me in terms of genuine gameplay. As long as you don’t exit a level willingly, all ink splashes that you are enemies have caused stick around for your next attempt. With every attempt you gradually come closer to filling out your path and being able to see the route to the exit. This is fine and all, but as a challenging platformer besides the mechanic this becomes more of a box ticking excercise that will result in players simply flinging themselves in harms way just so they can get to the real platforming meat. 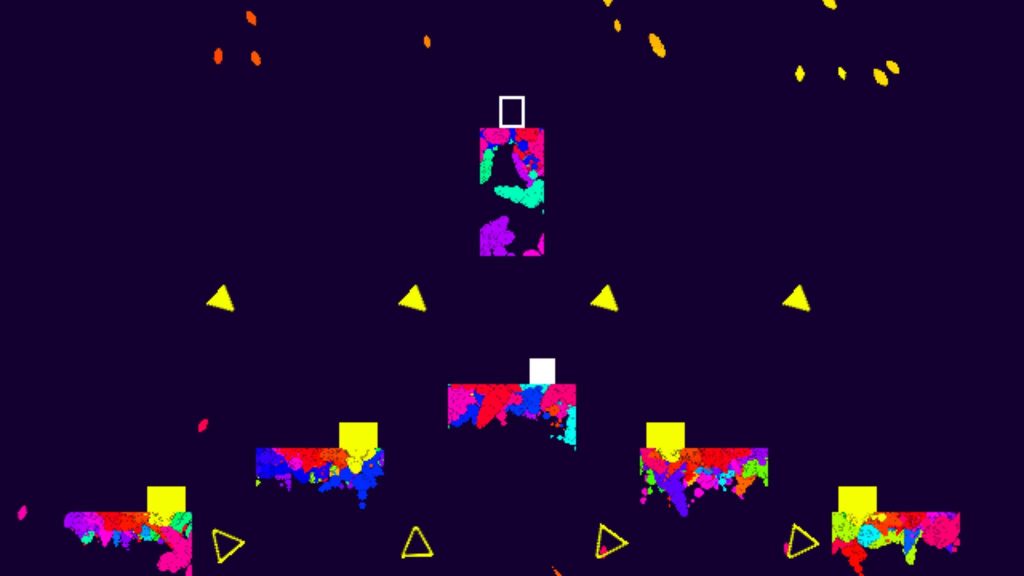 In the grand scheme of it, it feels futile as there is no real incentive for clearing a stage first time without doing this. No grading system, no time counter for speedruns and no leaderboards from what i have seen. It feels like a game that will only see legs as a title where people set imposed restrictions on themselves, such as speedrunners or friends that simply want to dick eachother over with drinking challenges.

So if you were to take away the colouring mechanic and essentially turn the lights on, you will find a simplistic take on the Super Meat Boy platforming formula. This is no real bad thing as INK emulates tight controls and the need for accuracy for jumps and movement that made Meat Boy so fun to play with. While it lacks the characterisation and cartoon charm, it is just a very much a minimalist version that performs well. 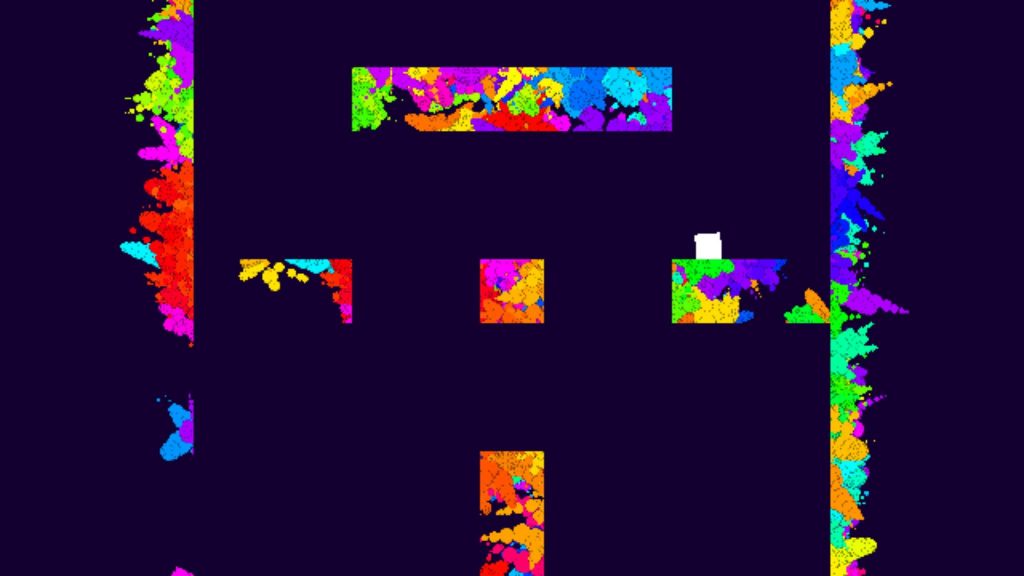 Levels are short, however there are plenty of these to go around. The seventy five stages are interspersed with an ever ramping difficulty that is brought on by the addition of enemies and spike traps that litter the platforms. The difficulty gets particularly more pronounced when projectile firing triangles appear alongside platforms that constantly move over infinite drops and spike traps. Also at around twenty five levels in you get introduced to boss encounters which are simple pattern based affairs. These can be fairly fun diversions, however they simply act as gatekeepers to the next level gimmick that you will have to deal with in the next set of stages.

It’s a shame that i really couldn’t find a reason to set INK above the rest of the simplistic looking platformers out there, however the colouring aspect of the gameplay simply isn’t enough to set it apart. It looks nice, however it is not nearly as impactful as it could be. INK just feels like one of those games that would be better as a mode or a set of stages in a bigger game, for me, it just cannot carry the concept far on its own.

Cons
- Not as clever as it thinks it is
- No real incentive to get through a level without being hit
- Revealing platforms with colour feels less of a compelling mechanic and more of a box ticking exercise.
Summary
INK is a basic but competent platformer with an interesting colour splashing hook to get things going. However, after some time with the game, it is clear that the gimmick alone is not enough to keep things fresh. In the end, Ink just feels like it would be better suited as a mode in another game, rather than one that warrants a price tag alone.