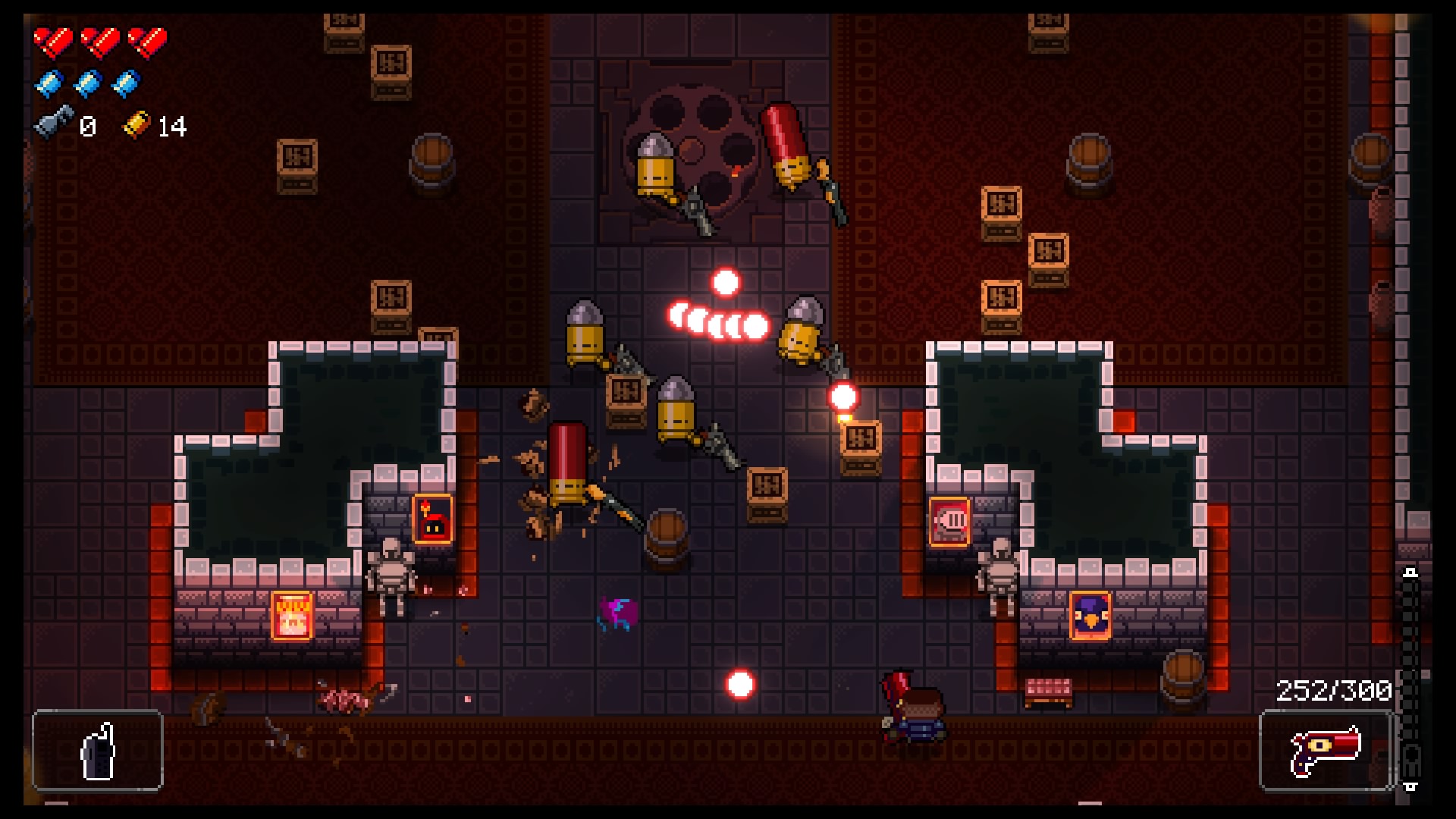 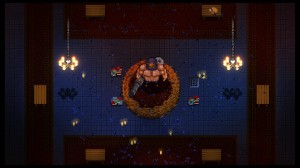 Part twin-stick shooter, part roguelike.  Indie developers seem to be flirting with these genres a lot these days (throw in 2D retrotastic Metroidvania games and platformers about feelings and that’s pretty much the entire indie scene).  Enter The Gungeon combines both genres, a little bit like The Binding of Isaac.

The game sees you playing as one of four classes (Marine, Convict, Pilot and Hunter).  Each have different starting weapons and skills but there isn’t much to pick between them (stick with the marine though).  After a bit of tutorial action, you head off into the the first floor of the gungeon.  Yes, it’s a play on words.  The setting is almost a classic top-down RPG dungeon but the focus here is guns.  The enemies are armed to the teeth, in a true bullet-hell kind of way.  In fact, some of them are actually bullets.  It’s all very much focused on getting weapons and there are loads of them.

Along the game’s five floors (or chambers as they are called here), there are chests to unlock and shops to buy from.  You’ll pick up various weapons, and maybe even some health and armour power ups, all in true roguelike fashion.  But when death comes, and boy does it come, you lose everything.

The game’s absolute best point is its controls.  Slick and precise, they allow you to navigate through a lot of danger.  A dodge-roll move allows you to skip over bullets and clicking in both sticks lets you clear the area of bullets.  The downside there is that you have a fire button, I always feel like auto-firing is best in these games (a la Geometry Wars) but overall the controls are great.  And they need to be.  The levels can be ferocious affairs.  Screens fill up with bullets and while you can find cover by flipping over tables or hiding behind scenery, this is a tough game. 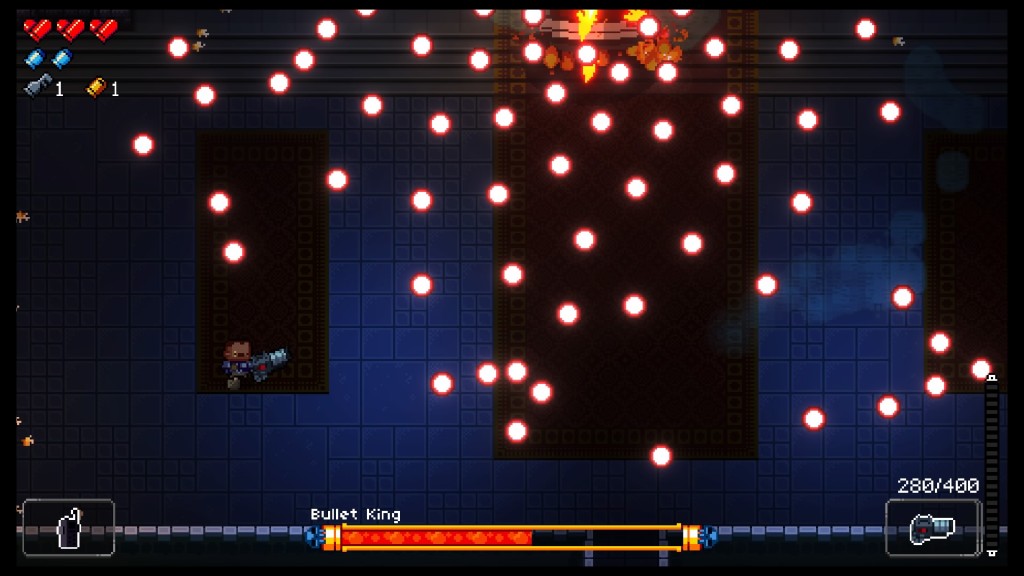 How much you like the game is probably going to be down to how well you fair against it.  Much like Dark Souls, some people will love the challenge (or at least bragging about how they bested it) while others will be wondering what the fuss is all about and, to be honest, I’m somewhere in the middle.

For me, the best roguelikes are the ones where progress is constant.  Even if you had a bad run at Rogue Legacy, you were always working towards improvement.  That kept the addiction levels high.  You may unlock new weapons and items in Enter The Gungeon, but you always start off with the basic equipment and if there’s a gun you really like, you may not have the chance to pick it up even during dozens of matches.  The game is a far different prospect when you are running around with some of the worst weapons on offer.

Outside of the gungeon itself, you also have the Breach.  NPCs are unlocked throughout the game and special currencies earned.  A shopkeeper in the Breach allows you to buy weapons but again, these are just available at the mercy of whatever random number generator fills the procedurally-arranged levels with loot.  Honestly, it’s just a bit too much of a kick in the nuts to restart the game after finally landing a decent inventory. 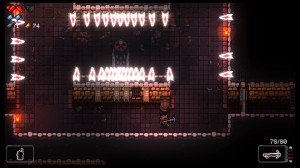 Combined with the often savage difficulty spikes, Enter The Gungeon can feel like it hates you. Your mileage may vary and you may absolutely love it for the challenge and the controls.  It is a good twin-stick shooter.  A really good one.  But the roguelike elements don’t satisfy and you may be a couple of years past the last time retro 2D graphics were acceptable.  For me, the presentation is great.  The music is dramatic and retro at the same time and the pixel art is really good but it is just another retro-looking indie effort and that well is starting to get dry.

If Enter The Gungeon explained itself better (it’s full of secrets but I’m having to visit YouTube to find them), leveled out the challenge a bit and made the roguelike elements more satisfying, this would be a legit hit.  And look, the other reviews out there are eager to tell you this is a masterpiece.  But sometimes a game is just good and not quite the second coming you thought it’d be.  Enter The Gungeon is good but damn I wish it was a bit more satisfying.

Enter the Gungeon
7 Overall
Pros
+ Great controls + Polished twin-stick shooting + Good retro pixel graphic style (if you like that sort of thing) + Lots of weapons, items and secrets to find
Cons
- Doesn't do a great job of explaining itself - The difficulty can be off-putting - Feels a bit too much like too many other recent indie games - Losing all your gear every single time takes away from the addictiveness - Boss battles are all a bit boss battley
Summary
Enter the Gungeon mixes top down, twin-stick shooting with a roguelike structure and while the shooting is good, the overall game is frustrating in both gameplay and wasted potential.