Disaster Report 4 – Summer Memories, so called because it includes the DLC epilogue, is something of a relic. This is down to the fact it was originally slated to be released on PS3 in 2011, but due to the actual earthquake in Japan, it was put on hold indefinitely. It eventually made it to market in Japan in November 2018, but due to the usual localisation delays, we’re only just getting it here.

The first game was released on UK shores on PS2 as SOS: The Final Escape, Disaster Report being  the US title. Both being titles that made more sense to western audiences than the original Japanese Zettai Zetsumei Toshi, though why the literal translation The Desperate City wasn’t deemed suitable we’ll never know. There was even a PS2 sequel  called Raw Danger, but we have to confess that one entirely passed us by. A PSP sequel followed in 2009 but never made it over here. The original developer Irem subsequently sold the series to the series creator Kazuma Kujo, this being developed by his company Granzella, and localised for us by Nippon Ichi’s US arm NIS. 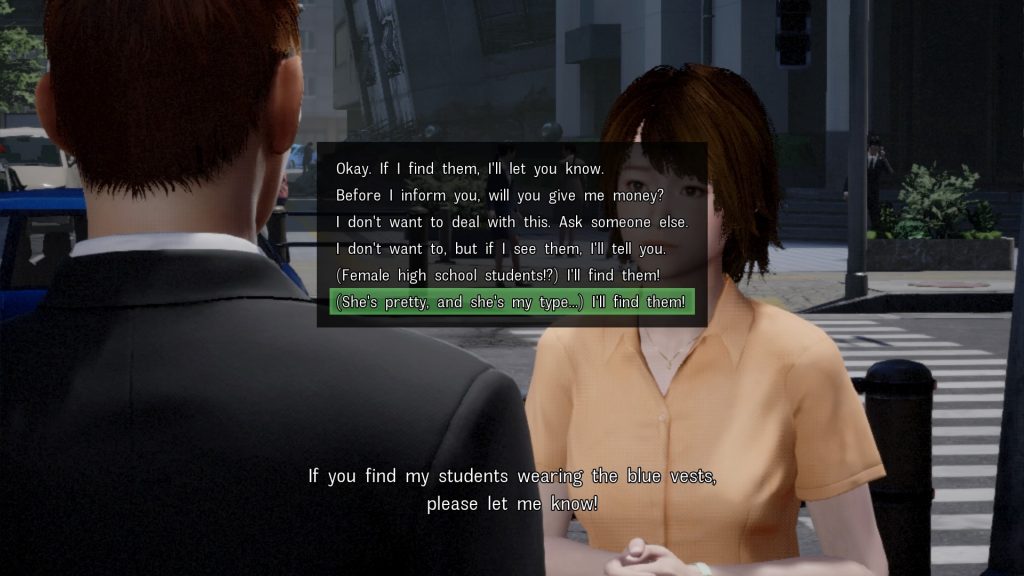 At any rate, the original games had a distinctively budget feel to them, a bit like Sandlot’s early EDF games so beloved of us here at PSC. You might even expect the added heft of PS4 to have an effect. We’re delighted and both appalled in equal measure to report that things are just as janky as they were back when.

The game assets are very much of the PS3 era, just as the tone of the game is at once hopeful and lecherous. One early scene has options for you to help a school teacher corral her waylaid pupils. You can chose an honourable path or deliberately choose a sketchy option with a view to getting lucky with her. We hope that something has been lost in translation a little, but we’d venture not ’cause Japan.

Going through doors triggers a separate animation to mask loading, just like the first Resident Evil games. Then it was understandable due to being on the original Playstation, but on PS4 it can’t be anything other than deliberate. At least we hope so anyway. 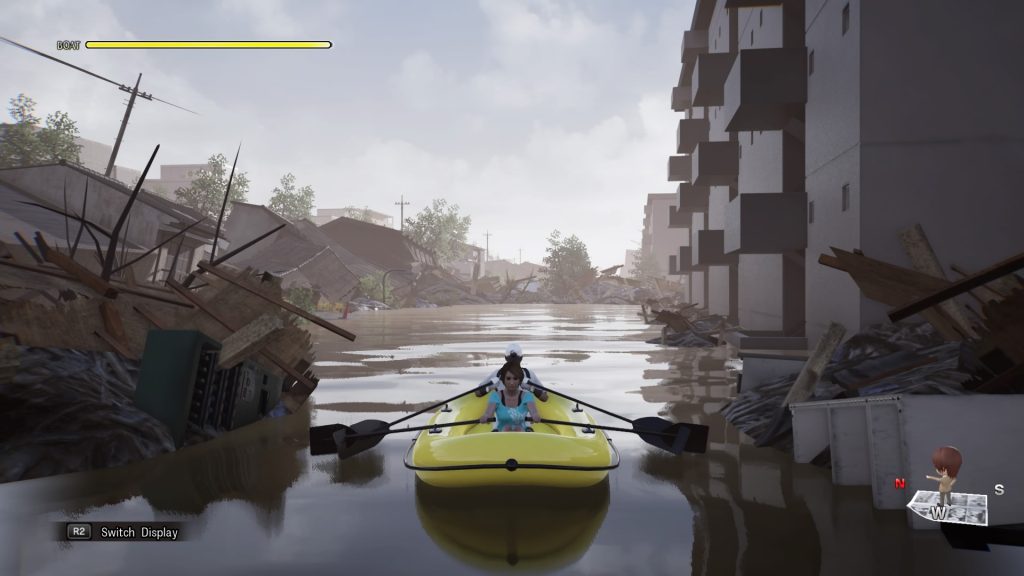 Just as negotiating narrow passageways feels like trying to do a three point turn on a narrow canal in an oil tanker. This is especially exacerbated when you have to hunt through apartments during the second day to find objects to advance the story.

Never mind that the objectives to advance the storyline are often oblique, the first chapter being the aforementioned schoolteacher. Followed up by a baffling encounter in a convenience store which leads to the first time you meet an antagonist who keeps showing up throughout the story. There’s no real logic as to how you advance the story. 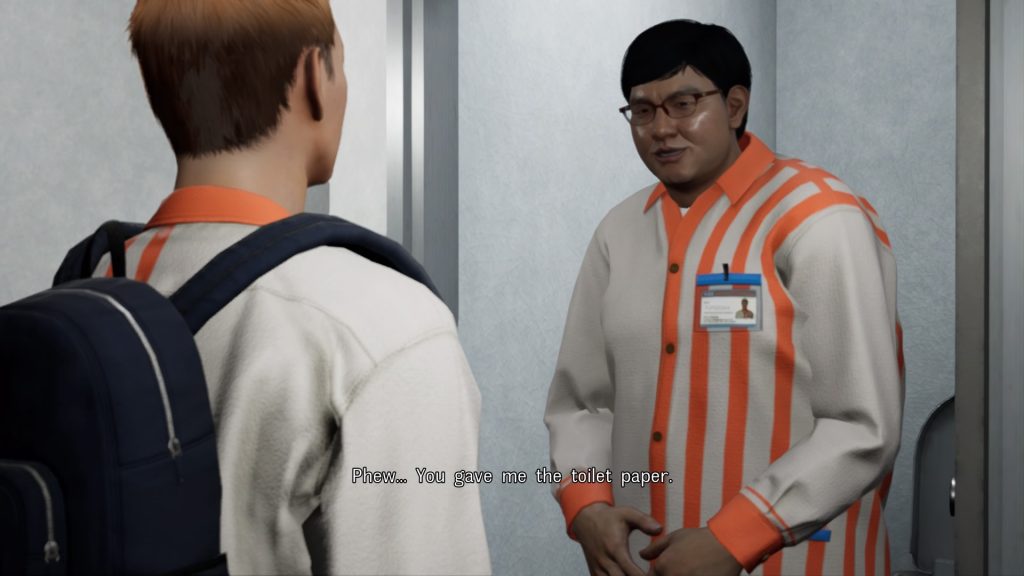 Often you’ll finish a subquest and trigger a catastrophic aftershock. You’ll likely be caught by falling debris and get a game over screen. Thankfully the game has a soft autosave that stops you retreading unnecessarily, so next time you’ll know where to go to avoid dying.

If you miss a collectible, you won’t be able to return to get it as once you’re out of a scene, you’re done there. Understandable if where you’ve been is now rubble, but not so much when you’re on the wrong side of a window.

You’ll sometimes get nice juddery slowdown as the aftershocks play out, the framerate dropping into single figures as it does so. Technically accomplished this really isn’t. 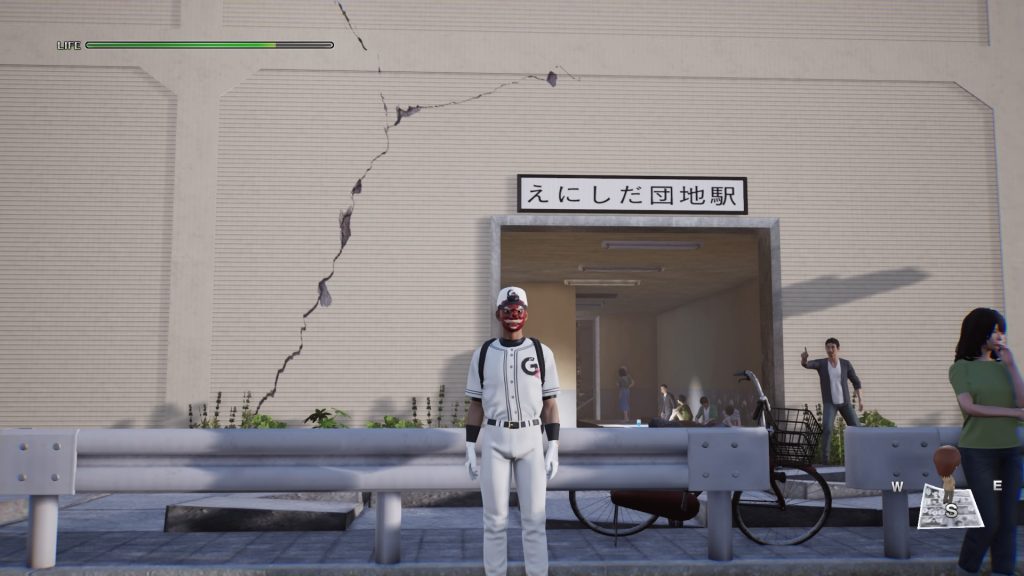 In fact the only thing that  really shows this is a current gen game is the fact that you can unlock PSVR vignettes of key scenes. We’d elaborate but for the fact we don’t have a headset.

But despite it all, we couldn’t help but enjoy Disaster Report 4. The fact we could don a sinister mask and have it show up in cutscenes just added to the charm despite its very obvious flaws. Yes, it’s incredibly dated and often misogynistic but we liked it all the same. Indeed, this game could well have been released on PS3 nine years ago and still have been crappy. It’s the sheer throwback nature of DR4 that adds to its charm. Objectively it’s a complete mess, but subjectively we can’t help but love ourselves a lemon.

Disaster Report 4: Summer Memories
6 Overall
Pros
+ The toilet roll questline
+ Clever little autosave
+ Unexpected PSVR bonus mode
+ Charming despite the distinctly last-gen feel
Cons
- A mess technically
- Sketchy moral choices, some veering into asshole territory
- Gameplay is pretty dated
- Miss a collectible, you're out of luck
Summary
Disaster Report 4 is a shambles. But we love a lemon here at PSC and couldn't help but like it. It's almost so bad its good. We enjoyed ourselves despite the obvious shortfalls.