Having recently published two shoot ’ems up with very odd visual styles, Eastasiasoft are at it again.  Red Death looked like a really old PC game from the ’80s with its four colour palette and Rainbows, Toilets and Unicorns looked like someone had eaten a bucket of Skittles and thrown it up on the screen.  But in terms of visual choices, Null Drifter, takes some beating for oddness.  This is a monochrome game with pixel graphics.  It looks very very basic indeed.  Like a modern(ish) take on a ZX-81.

The game itself is a single-screen twin-stick shoot ’em up.  It’s very traditional and only has need of one button as either trigger or shoulder button will give a short invincibility dash.  The left stick, of course, your movement and the right stick aims and shoots (bonus points there, we always prefer our twin-stickers when they have no fire buttons).  And so, this plays like a very typical example of the genre.  It’s pretty smooth and it does a good job of making your feel like you’ve got a lot of firepower. 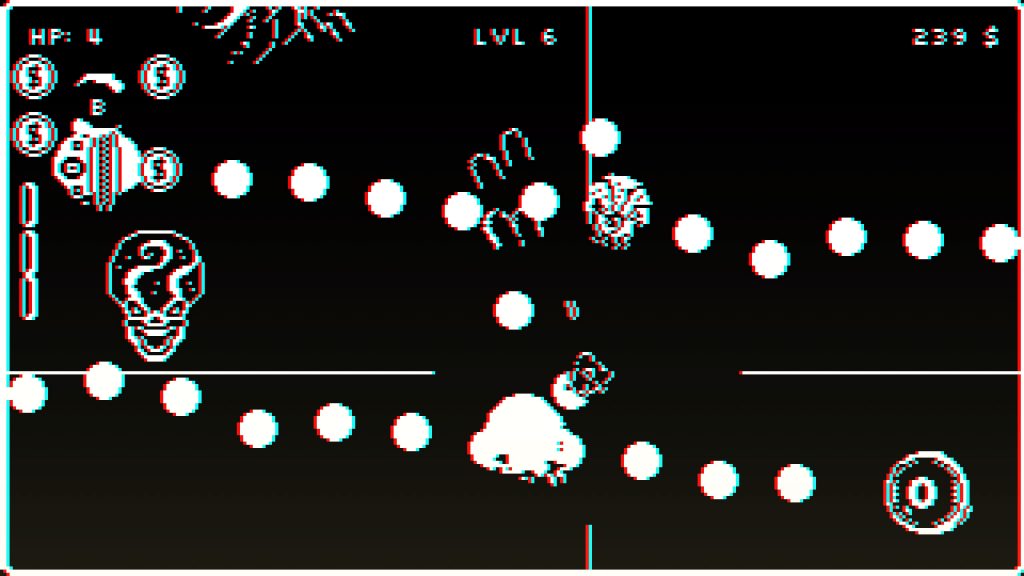 However, you will get your arse handed to you because the game is pretty tough.  However, the very best thing about Null Drifter is the upgrade system.  Your hitpoints, speed, fire-rate, number of bullets, damage and the cool down on your dash can all be upgraded with in-game cash (which is dropped by enemies that you kill).   This all gives a nice sense of progression as you get a bit better as you play and eventually you get very powerful.

The game also drops power-ups randomly which upgrade those same categories for that particular playthrough.  It means that now and again if you get a good run of power-ups and you play well you’ll have a good, satisfying go and that’s when Null Drifter is at its very best.  However, the downside is that basically after we’ve learned the game’s boss moves and maxed our starting upgrades, we’re pretty much guaranteed to get past level 10 and die around level 14 every time. 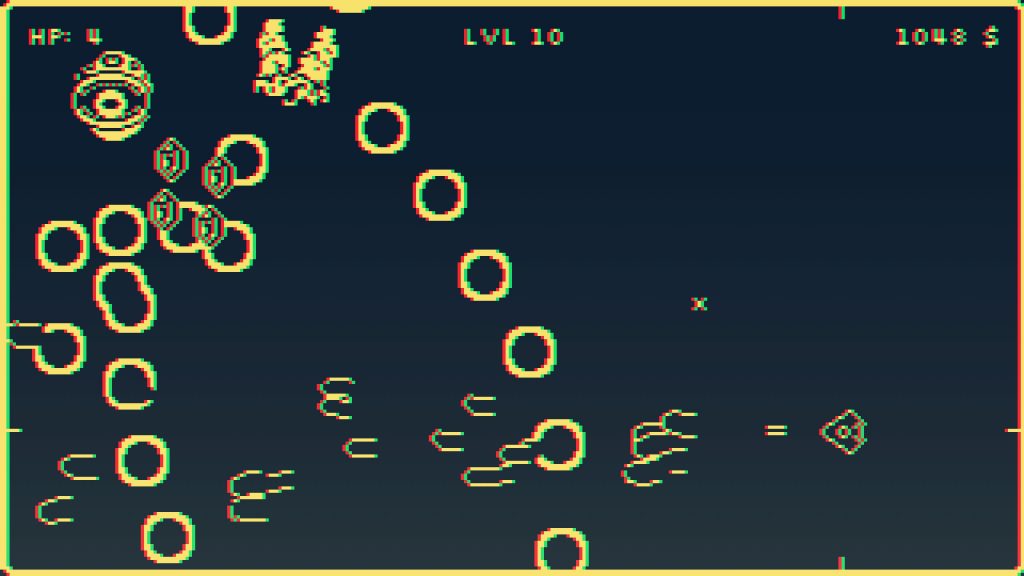 The only things that would keep it interesting now would be a score leaderboard, which the game doesn’t have, or a good set of trophies to aim for but these recent Eastasiasoft games all have very easy platinums, much like our Finnish friends Ratalaika Games.  And so, ultimately the game burns brightly but not for very long.  When you get into it, it really is a lot of fun but it peaks quickly and drops off once you’ve done everything.

The other main knock against the game has to be the visuals.  Yes, they’ve gone with a very deliberate style (they actually describe the graphics as “1 bit”) and don’t be fooled by our screenshots as these are all from different playthroughs.  You’ll be stuck with one monochrome palette for the entirety of a game.   You can switch to other monochrome colour schemes (and these palette choices can be earned as you play) which gives the illusion of variety but it’s not much. 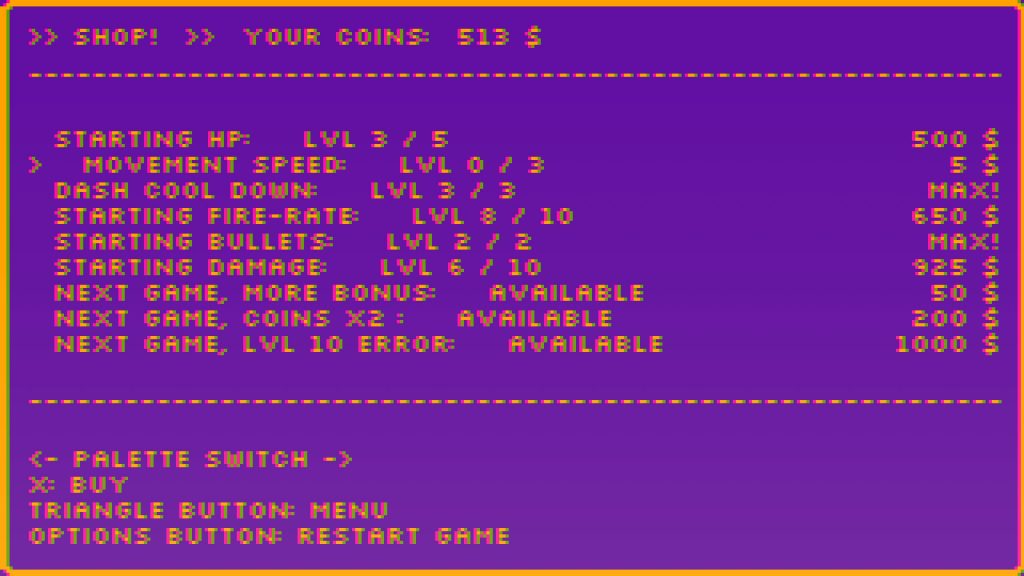 So in the end the truth is that while it’s very deliberate, the game would be better if it looked better.  A 16-bit version would be better.  A modern, Adobe Flash style would be better.  Hi-res, up-to-date, 4K visuals would be best.  Glowing lasers, interesting enemies, nice backdrops.  That would all be better.  In fact, on the game’s default black and white palette, this just looks (and plays) like a space shoot ’em up.  But with no starry background, no depth of field, no parallax scrolling.  Just a flat, black space.  But with the on-by-default screen shaking, it all looks janky and weird.

The sound is a bit better though.  The sound effects are basic but the soundtrack is a curious mash up of chilled out, slightly monged electro-jazz.

Overall though, this is a lot of fun for a fairly short time and may have a little replay value if you just fancy a quick blast.  But it’s probably a couple of design choices away from being really special.  We’d be 100% up for a sequel with better visuals and more depth but we like this for what it is.

Null Drifter
6 Overall
Pros
+ Good upgrade system
+ Controls well
+ Is fun and addictive while it lasts
Cons
- Visuals do it no favours
- Doesn't have much of a lifespan
- Gives up its platinum without a fight
Summary
Null Drifter is a fun twin-stick shooter but is let down by very basic visuals and a short lifespan.