League of Evil is a port of a 2011 iOS game that for some reason has only just made the leap to home consoles. Its obvious inspiration is a super meaty game featuring a boy. Given they’re almost contemporaries it’s hardly surprising. There, glad we got that out of the way.

Similar to 2010’s breakout XBLA hit, you have to run a gauntlet of intricately designed levels. Unlike Super Meat Boy, you’re a muscled action hero as opposed to a sentient hunk of meat. Okay, maybe not the best example there as they’re pretty much the same thing. You jump towards a wall, you’ll slide down it and if you jump in mid air you’ll perform a double jump. So far, so familiar. 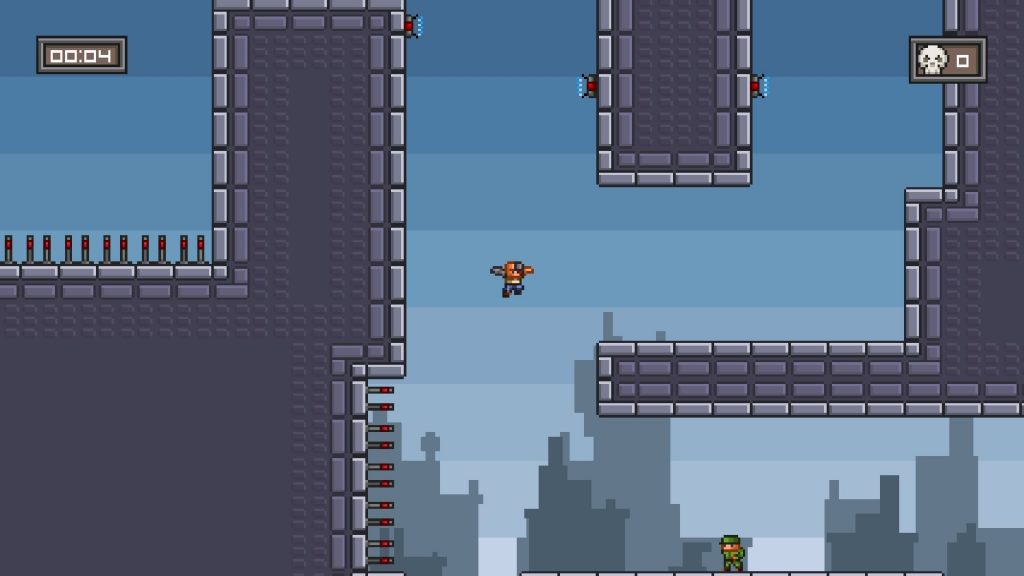 Each level follows the same basic template, there’s you, a course you need to negotiate avoiding environmental hazards and enemies. Early levels include guys with machine guns and annoying ninjas you have to jump over lest they kill you. You’ll need to collect intel items represented by a simple briefcase and you finish a level by killing an evil scientist. Given how many levels there are, that’s quite the death toll.

Unless you’re some kind of speedrunning savant with the reflexes of a cat, you’ll die. A lot. The HUD has a death counter in it. At first you might die once or twice in a level as you learn its technique but the more you retry a level, the higher your death count. Once I hit fifty deaths on one particular level, I figured it was time to call it a night. Then I realised it was 2am. Yes, it’s that sort of game that nails the just one more go feel.

The further you progress, the harder it becomes and you’ll do well to not die at the same point over and over on a level. Sometimes though, you’ll retry a level after some time away and nail it within a couple of attempts. 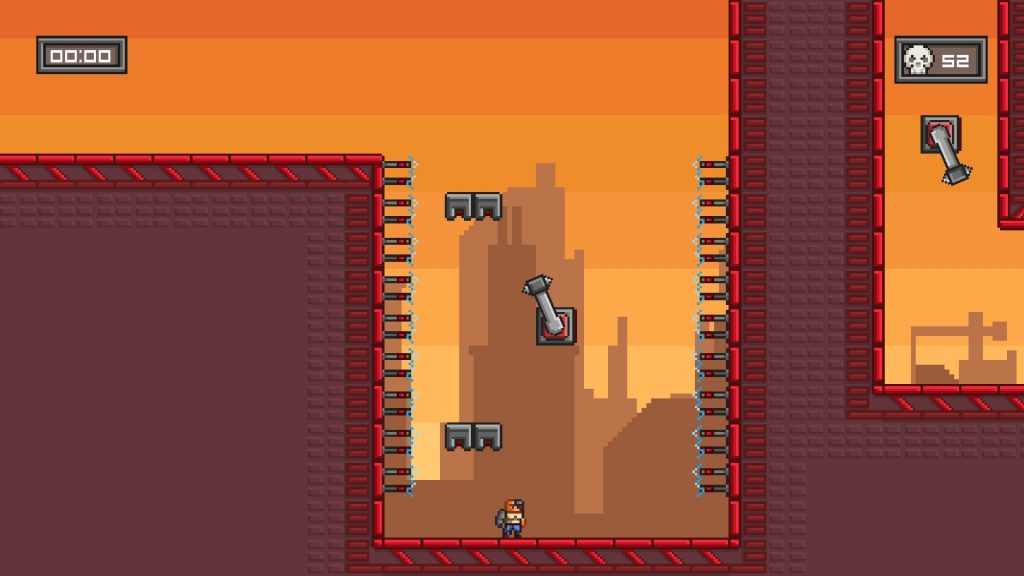 There’s two scoring criteria for levels complete with associated trophies, firstly getting three stars in a level. These are simply time based so you can just hot-foot it to the scientist and shank him double-quick for your three stars. The second criteria being briefcases to collect in each level, some trickier than others to reach. Often off the beaten track, you’ll do well to ignore them unless you take a wrong turn and find yourself next to the case rather than the climax of the level in question.

Thankfully the dev  doesn’t insist you collect the briefcase to get your three stars, so you can mop them up separately. 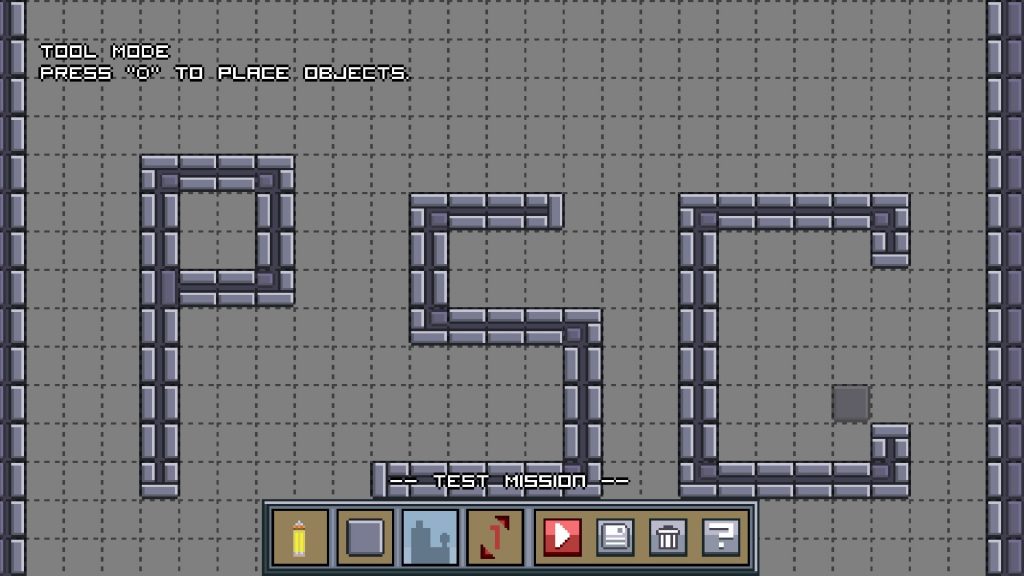 The spartan format of this game and sheer simplicity lend themselves well to play sessions as long as you desire. You can create levels in the level editor supplied, in all likelihood the game was designed using the same tool. So you can conjure up a level however you like, placing enemies and objects at your leisure.

At its core, League of Evil is a simple game which betrays its mobile roots a little, but when the gameplay is this polished and the core hook is enough to get you playing again and again, it would be churlish of us to complain. Cracking value at £3.99 you’ll be sure to get a good few hours play out of this.

League of Evil
7 Overall
Pros
+Simple concept with addictive gameplay
+Responsive controls
+Any deaths are generally down to your own lack of ability
+Level editor for your own creative urges to flow
+Good value at just £3.99
+Minimalistic retro style with chiptune music
Cons
-Ultimately a mobile game fleshed out
-Not exactly particularly original, almost generic
-Quite short
-Difficulty spikes can hinder progress as subsequent levels don’t unlock unless you beat the levels sequentially
Summary
A contemporary port of an ancient iOS game that's aged pretty well. League of Evil is cracking value and addictive with it.