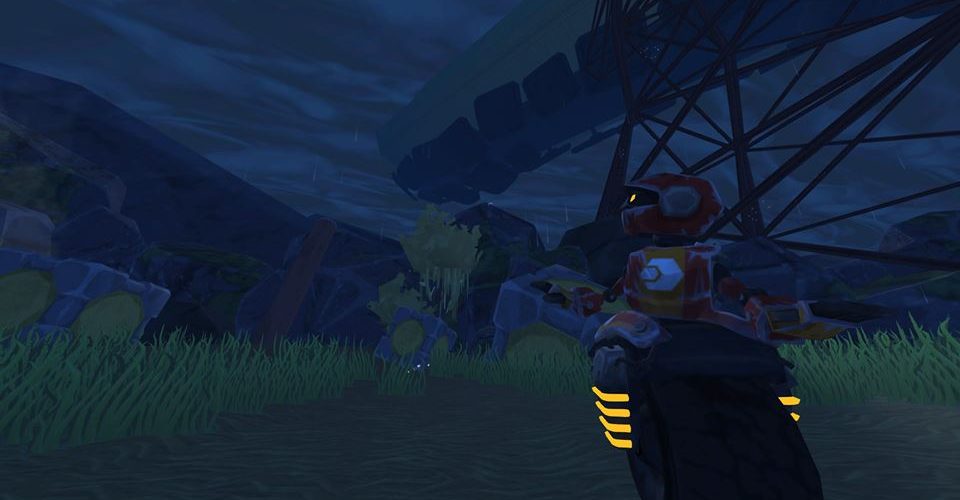 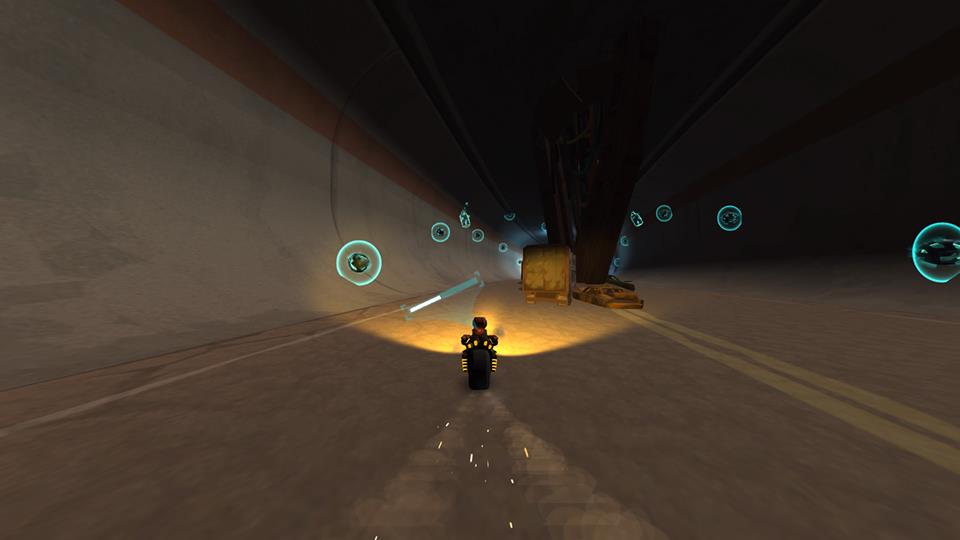 I always wondered why more developers haven’t attempted the high-speed formula of Sonic games before. Judging by Sega’s documented difficulty with translating speed and momentum to modern mechanics, some would possibly correctly assume that it cannot be done convincingly enough. But there is always hope that someone could take up the mantle and deliver a high-speed 3D experience that lives up to the hedgehog’s legacy.

Defunct certainly does try. The game features a focus on speed that is all about momentum, featuring a mute, broken, singular wheeled robot which must use gravity to pick up speed and roll over obstacles. This is all controlled by magnetising yourself to a downward surface using the shoulder triggers while letting go just at the right time to execute a well-earned and graceful jump to get about. Unfortunately, this rarely is as easy as I have described and that grace can quickly turn into a faceplant of epic proportions due to wild collision detection. 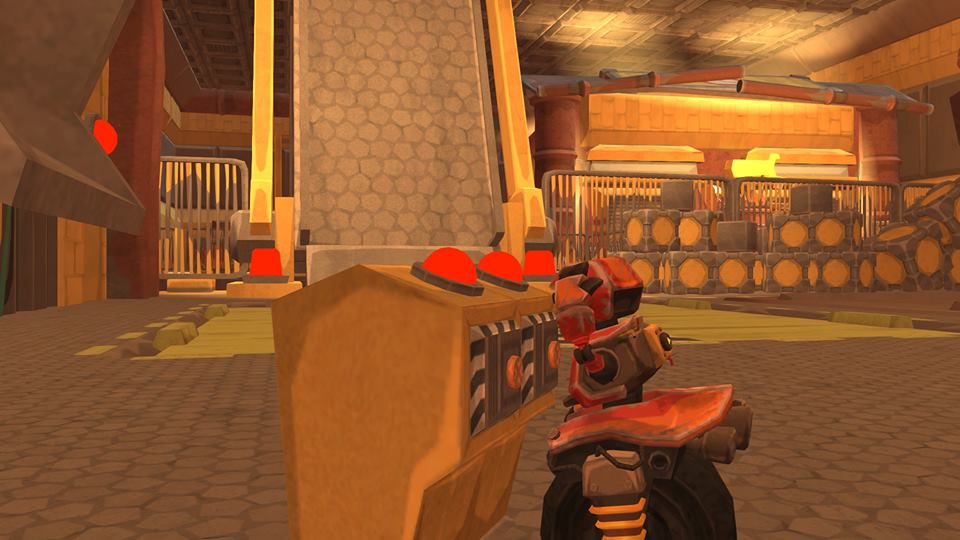 Defunct also takes the Journey approach, as in there are no real stakes. There are no enemies to defeat and the only real danger is falling asleep before the credits roll ninety minutes in. The challenges presented to you instead are of one of three types; you have areas in which you must complete puzzles by changing red orbs into blue orbs by running them over, areas where you must shoot down highways at ludicrous velocity and areas in which haphazardly attempt jumping puzzles.

The developers at Freshly Squeezed do try to keep things interesting by way of interlocking each section of the game into a seamless narrative that is completely mute. As you roll through stages the scenery changes without loading screens in-between and some of the environments can end up looking quite beautiful at times. Sadly, this is further marred by awfully jarring frame rate stutter that brings the game to a crawl when transitioning and to digress further, the game does feel like something you would get when someone watches a Pixar short and thinks “Yeah, that’s easy”. 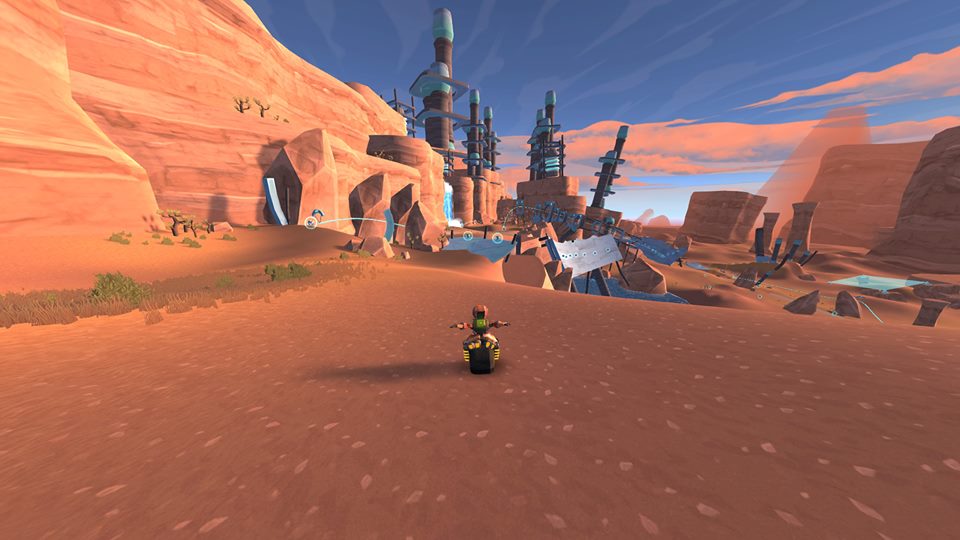 Overall, Defunct doesn’t feel like it works. Players will need time to get used to how the robot moves around the world and when they do, any revelation will be flanked by the end credits. There are further modes and trials to complete after this does happen such as time attacks, races and collectables to discover, but at this point for me Defunct had outstayed its welcome.

Defunct
4 Overall
Pros
+ Can be very pretty to look at
+ The “long road” sections can be a bit fun
Cons
- Suffers from poor controls and collisions
- Awful stuttering frame rate during scene transitions
- Worlds consist of large empty spaces with nothing in them
Summary
There are very few games that live up to their name better than Defunct.  The experience is short lived, marred by gameplay issues and is generally unworthy of note.