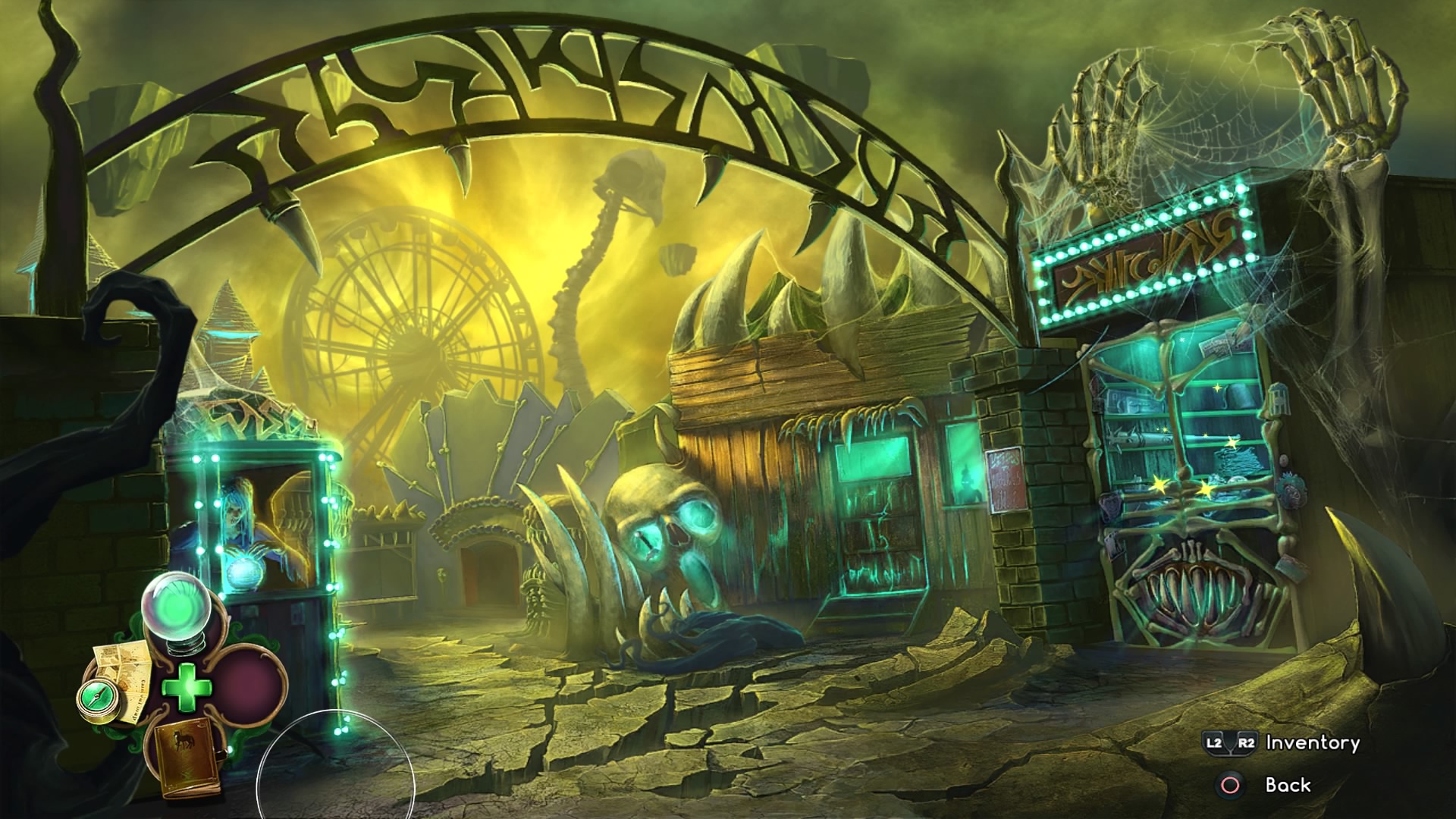 It’s that time of the month for a new hidden object game to be released by Artifex Mundi.  As with all the rest of their output Dark Arcana: The Carnival  is a story driven light puzzle game, the tale this time is that of a missing woman, a scary carnival and a mysterious parallel dimension.

For those new to this genre you control a large circular cursor and use this to interact with objects on screen.  The game plays out as a series of 2D screens each representing a new location in the Carnival of the title. Spread throughout these screens are various points of interest which will generally lead to a new puzzle game to let the story progress. 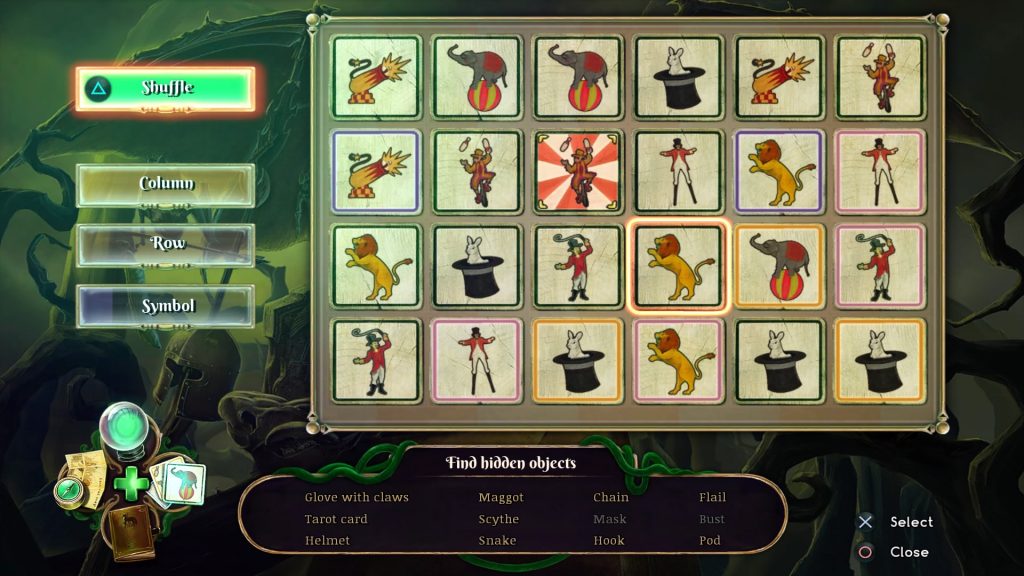 The puzzles in Dark Arcana: The Carnival come in a range of styles from hidden object through to the pattern matching or item rearranging styles.  The puzzles could be rotating concentric circles to make an image or connecting wires to complete a circuit.  Whilst all the puzzles are relatively simple, and slightly samey in execution, the backgrounds do a good enough job of placing them in different locations to add variety. The selection of puzzles here isn’t the best for an Artifex Mundi game, which I felt was a key weakness here. 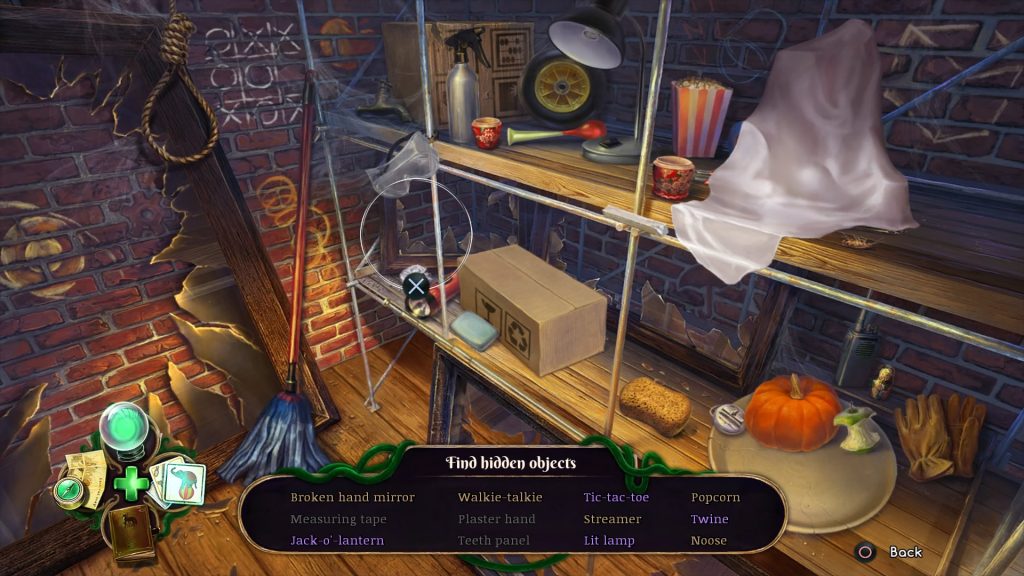 Having played a fair few of these style of games now I’ve come to appreciate the hidden object scenes and how these vary between games. Dark Arcana: The Carnival appears to be one of the older games by Artifex Mundi as there is less variation in the hidden objects scenes, I was picking words from a list here rather than say, also identifying silhouettes.  This is only a small thing, but does reduce the variety of activities on offer.

As with the others games Dark Arcana also has the generous hint system, effectively allowing you to skip any puzzle in the entire game, and an alternative puzzle choice should you not want to find the hidden objects.  Here the alternative puzzle is a card matching game which proved fun to play. There is no evidence wall here, a feature I liked from the Enigmatis series, but instead you get a helper monkey who can be called upon to reach inaccessible items.  It’s a nice feature, and I love me a monkey, but it does feel a little superfluous.

The basic gameplay never varies too much between these kind of games and this is something you’ll either appreciate or not.  For me these are games to unwind with as they don’t have a fail state and I’m under no time constraints or pressures at all when playing them.  I turn to these for their story and Dark Arcana: The Carnival does well, I was interested enough to see where it was going, it even had a genuine spooky feel to it. 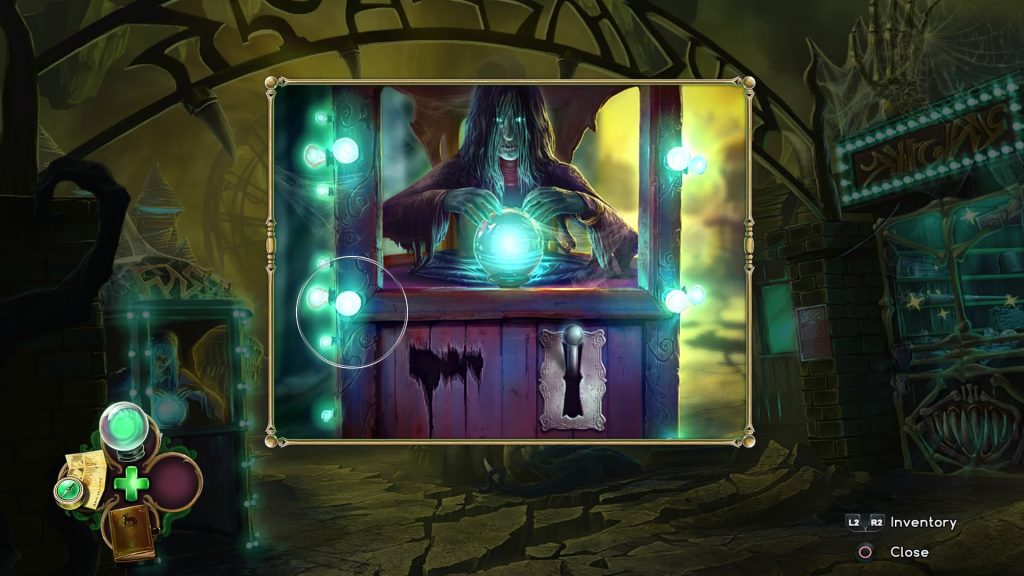 Once again the presentation is a bit ropey when it comes to the animated cutscenes, with everything looking a bit low res and low fi, although its likely this is a limitation of the engine. I did find the graphics to look somehow simpler than the more recent games and it is clear this is an earlier Artifex Mundi release.

So overall Dark Arcana: Carnival is another solid hidden object game. There is a lack of puzzle variety here, which possibly marks this as an earlier release of Artifex Mundi’s, but the story is interesting and kept me engaged throughout. I don’t think this is going to do anything to draw new players in, but if you’re already a fan then you will likely enjoy this.

Cons
- Lack of variation in the hidden object games
- Simplistic cutscenes and voice acting
- Less variety in wider puzzles
Summary
Dark Arcana: Carnival is another solid hidden object game. Whilst there is a lack of puzzle variety here the story is interesting and kept me engaged throughout. I don't think this is going to do anything to draw new players in, but if you're already a fan then you will likely enjoy this.