Cris Tales is an RPG from Colombian developers Dreams Uncorporated and Syck. Although it doesn’t originate from Japan it’s in the style of a JRPG, similar to how Sword and Fairy 6 is a JRPG but from China. Thankfully Cris Tales is a better game than that technical mess. 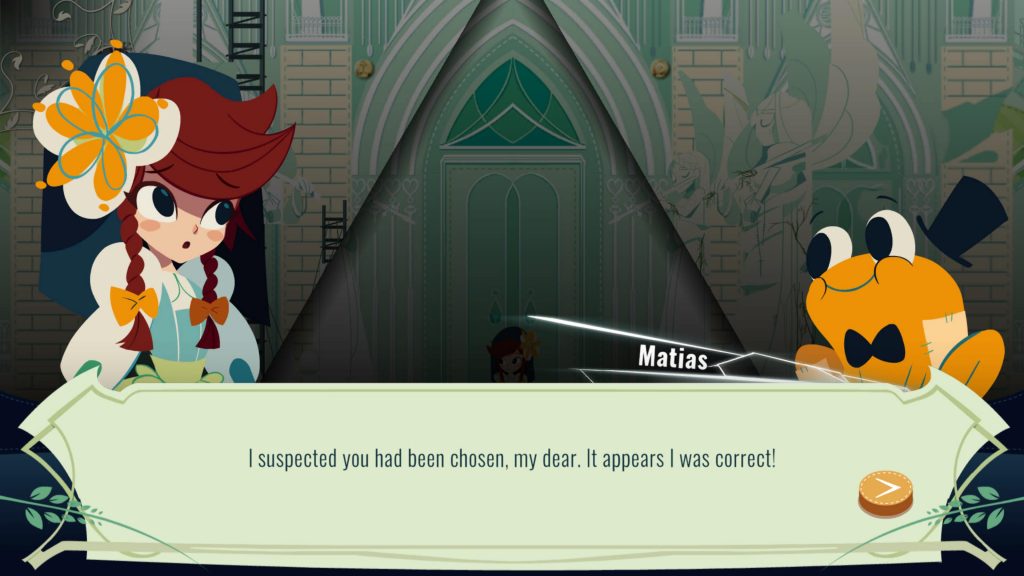 You take control of Crisbell, a young girl at an orphanage in a small, quiet town. Upon the discovery of a talking frog she soon realises that she is a Time Mage and has the power to see into the past and future. With the help of Matias the frog she can interact with all time zones to help her stop an evil Empress from destroying the world. The story is fully voice acted and done well which is a welcome surprise from a smaller developer.

All the characters are 2D but the environments, although heavily stylised, are three dimensional so you run left, right, in and out of the screen to explore towns and dungeons on your adventure. In dungeons you’ll encounter random battles, find chests to open and solve some simple puzzles, often using your time powers. 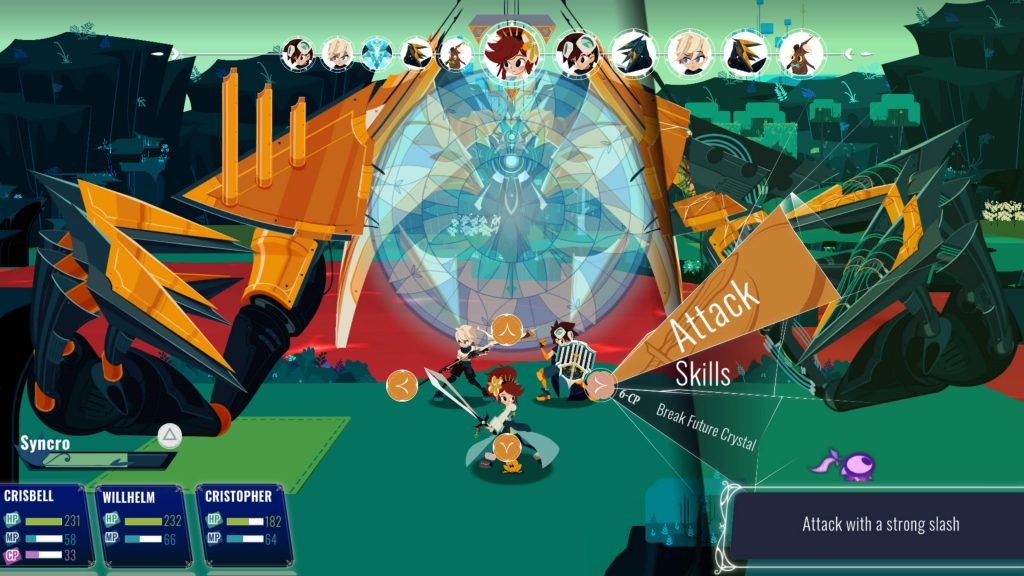 Battles are traditional JRPG fare. You take it in turns to do attacks but there is a timing element allowing you to do extra attacks or block damage if you time your button press correctly on impact. On top of that Crisbell can use her time powers in interesting ways. Each enemy has past, present and future forms and Crisbell can force them into specific forms for an advantage. For example you can age a warrior so they become weaker as they’re too old. You can also combo with your teammates, forcing damage over time attacks to all pop at once or using a water attack to rust a shield by advancing time.

Whilst exploring you can see the future to the right of the screen and the past to the left, with some items only accessible in one or the other. You can use Matias to move into different times to interact with things, but you’ll also be able to see what affect your actions have as the future changes. There are side quests which will influence people’s future and you’ll want to do them as they influence story outcomes with Crisbell able to decide how towns develop, hopefully for the better. 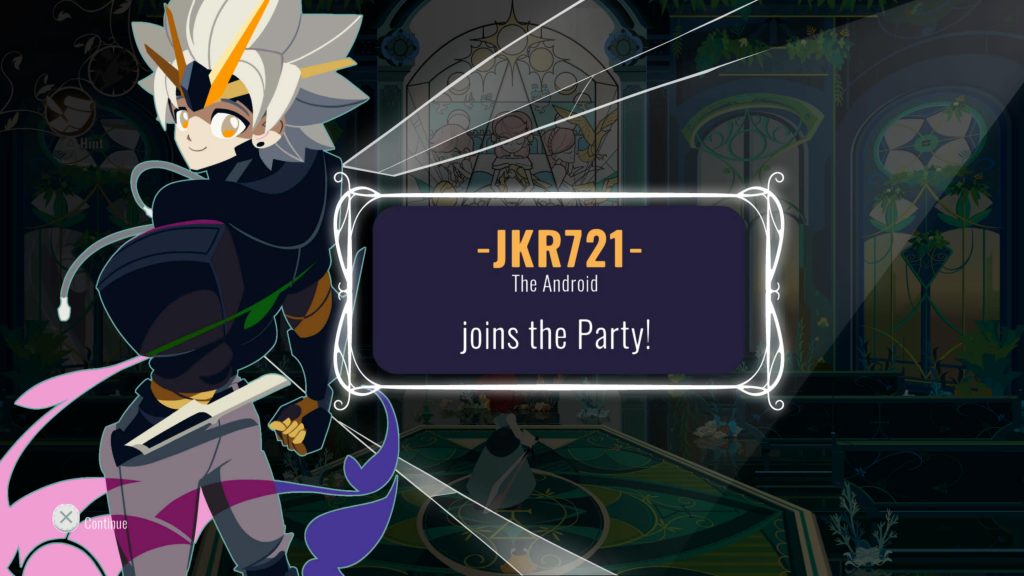 You’ll encounter new party members as you progress and each has their own place, playing quite differently to one another. I did find the combat to be quite easy however, with only maybe three boss battles requiring me to create a solid strategy to progress. That was with doing all the side quests however, if you rush through you may find yourself under levelled. Though there isn’t any real reason to rush through, as the game is short for an RPG at under twenty hours.

Cris Tales is a good game, but it’s not without its problems. Although the visuals are quite striking they aren’t particularly high tech which makes the spotty framerate at times seem unnecessary. It tends to happen more often in the early game but it should not happen at all on the PS5. Similarly the load times aren’t long by any means, a few seconds, but they do exist which after Resident Evil Village, again, doesn’t seem like that should be the case. There’s no use of haptics, which for a 2D game you might forgive but there’s no rumble at all which seems like an oversight as it could provide good feedback when timing button presses in battle, instead of nothing indicating whether you pressed the button too early or too late. 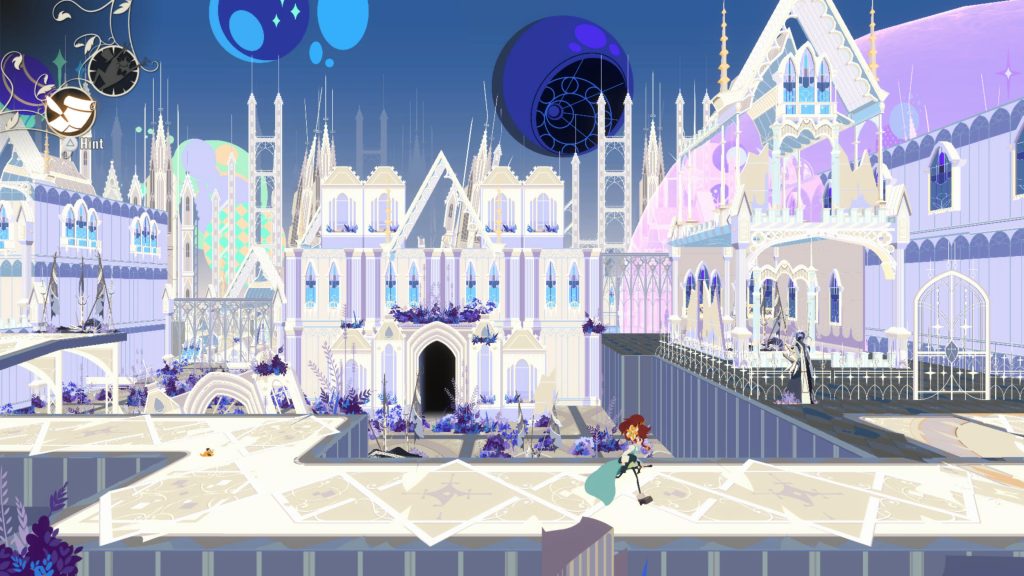 I’ve also had boss fights soft lock the game multiple times. It never stopped me from progressing, reloading the game and trying the battle again tended to work just fine but the game doesn’t autosave so be sure to use those save points regularly. Gameplay-wise the last quarter of the game does get a bit repetitious with required backtracking and repeated locations which combined with the already rather low enemy and boss variety does make that portion of the game drag a bit. The view the camera gives you whilst exporing is also not the most helpful for being aware of your surroundings, resulting in some difficulty and a lot of confusion.

Still Cris Tales does what it does well. The story is decent although it hits a lot of time travel story cliches but it’s enjoyable enough and worth a playthrough if you’re a fan of the genre. It hasn’t left a lasting impression on me despite enjoying my time with it which stops me recommending it too strongly. When the time travel aspect is used it is used well but it doesn’t quite go far enough to really stand out. 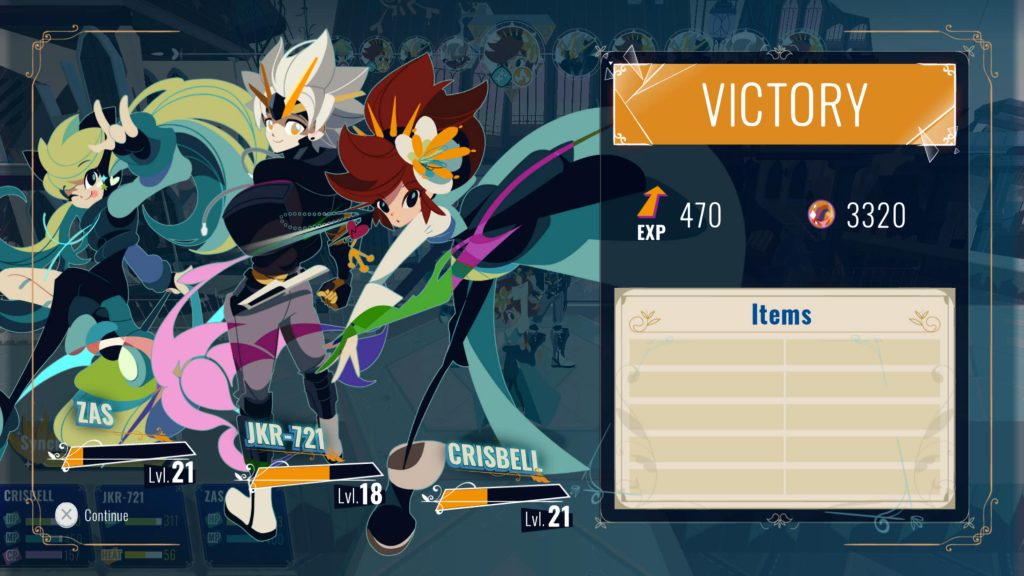 Its visuals are the real stand out and it’ll attract a lot of players because of it, with even some fully animated cutscenes thrown in. Those players won’t get an experience up there with the classics but they’ll get enough out of it to have some fond memories and to keep an eye out for whatever the two studios produce next.