Survival games have never really clicked with me. The idea of planning a run out is appealing but I’ve never enjoyed the meter management that comes with it. On top of that, some feel perpetually in a state of early access and I’m never sure when a survival game is considered complete. Step forth Conan Exiles. Four years after an original release, expansions and DLC have bolstered a game that now feels very stacked. Isle of Siptah is the latest of these expansions. Boasting a new landmass with new camps, events and vaults, this DLC looks to really balloon the game’s already sizeable content. 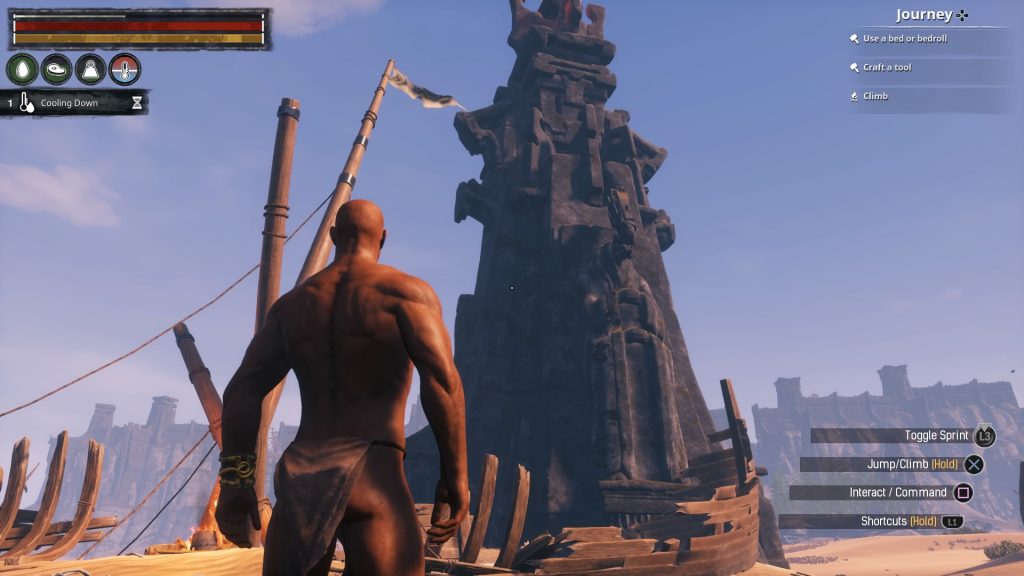 Aside from the new map, new bosses, camps and events are on the table. Each with the chance to land some new loot. There’s around a dozen new vaults to crawl and fight your way through and it does give established players something different and substantial to take on. There’s a lot new to see and do and, as a newcomer, it has been a little overwhelming. I’m not the ideal case for this but, having come into the Conan Exiles experience completely fresh, I can say my perspective might be something of an outlier. Veterans need something worthwhile for their £16.

Part of my trepidation does come from my first complaint. There’s a lack of structure to Isle of Sliptah. Whilst Conan Exiles‘ main path has objectives to accomplish, this takes on a more free-form approach. You still have the exiles journey steps to complete, a broader narrative doesn’t take place. It does result in something akin to a sandbox but a little direction would’ve been welcome. 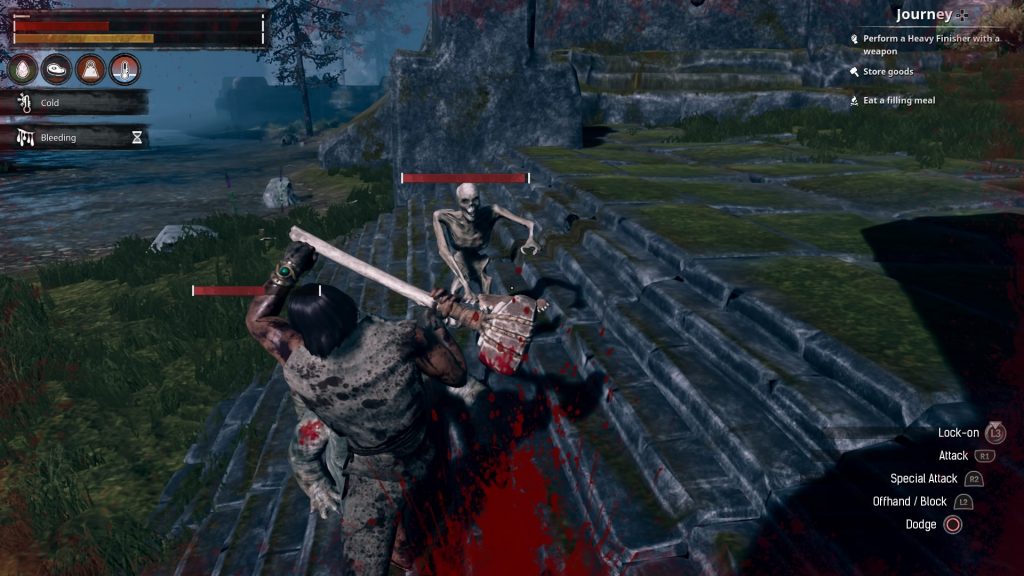 I’ve found myself using youtube tutorials to get my bearings. There’s no easy ramp into Conan Exiles and this DLC is no exception. Granted, it’s a package aimed at those already well-versed in the loop but it is frustrating to feel so in the dark. There’s still some mechanics I have no explanation of and it’s a shame they don’t take care of new blood in any way. Co-op can at least help share the load. Teaming up with a ringer would help new faces wrap their head around the new content of the island.

As it is, there’s some fun to be had finding your own way. It’s a sizeable landmass, comparable to the exiled lands of the base game. You begin on one of the map’s beaches, surviving a shipwreck. The shores give you plenty of starter materials to build a base, scavenge food and generally help you put your best foot forward. Unfortunately, you can’t transfer an existing character over so you’ll be starting the grind from scratch. 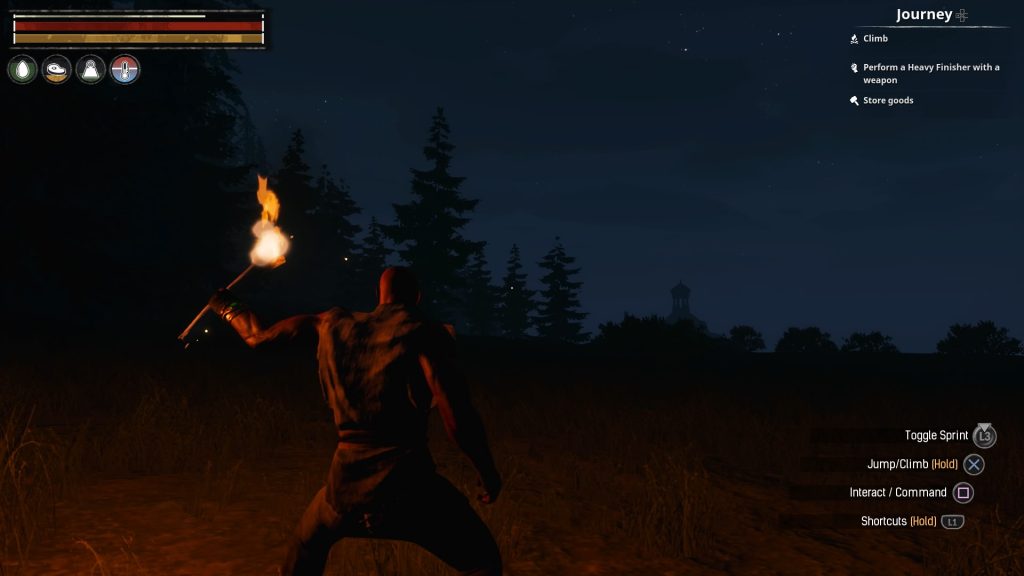 And, at times, it can feel that way. Server settings can be tinkered to boost experience multipliers and customise your preferred level of challenge, but there’s not really a quick way to get into the content players might want to see. If you’ve seen all you want from Conan Exiles, it does hand you a decent time investment and, for the money, I can’t imagine many would complain. There’s potentially dozens of hours on offer and it’s all repeatable for loot rewards.

On a technical level, this does seem a little half-baked. It’s more a problem with Conan Exiles as a framework but, on console, interacting with objects can be fiddly and it can’t quite match the PC version’s visual fidelity. It does have it’s moments of beauty but it doesn’t look especially sharp. Server hitches can occasionally arrive and it does feel like a game sometimes can’t handle it’s own scale. Funcom’s done well to add to an already quantitatively massive game but a little more polish wouldn’t go amiss. 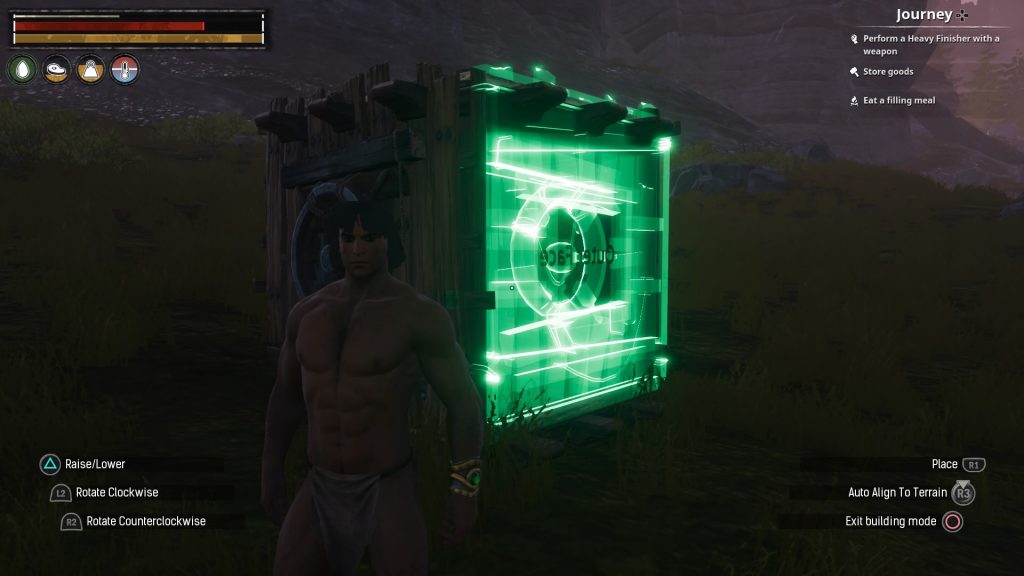 I did see some talk about bugs around release but, playing this a couple of months down the line, it would appear those have been ironed out. Maybe I’ve been lucky or I’m not looking in the right places. I’ve been mostly flying solo, not using thralls much and had a reasonably trouble-free time. Inventory management is clumsy on console. The radial menu does well to populate with useful items but finding things to craft can feel cumbersome. It becomes a bigger problem as you advance in levels and unlock more options. I would’ve liked to have seen that stuff more streamlined. It’s time consuming and doesn’t lend itself well to urgency.

Even with the issues over polish and menu design, I have to admire the amount of content on display in the Isle of Siptah. Fans that have wrung the most out of Conan Exiles will be glad of the new vaults, bosses and events. There’s so much on offer here that it’s hard to ignore. It’s a shame you’re not directed to that stuff more explicitly. It’ll take some time for players to get their bearings.

Conan Exiles: Isle of Siptah
7 Overall
Pros
+ An overwhelming amount of new content on offer.
+ Plenty of vaults and camps to slaughter and loot.
+ A good value proposition at £16.
+ Even as a lost newcomer, I found this compelling.
Cons
- There's a real lack of structure and direction.
- Whilst the major bugs appear to have been worked on, there's a lack of polish to the console version.
- Not being able to use an existing character leads to a hefty grind.
- The interface can feel clumsy and inelegant.
Summary
As a newcomer to Conan Exiles, the Isle of Siptah did feel a little daunting. There's an abundance of new things here and it can be tough to keep track of it. There's a lack of direction here but persistence does lead to some rewarding content. I would've liked some more visual polish and a slicker inventory but it's clear the focus here is on providing compelling content for the player to do. It's a shame you can't use an existing character to quicken the grind.