A 2015 release on the PC, The Coma is a fairly traditional Korean horror tale from Devespresso Games.  Taking place among familiar corridors with familiar foes, The Coma: Recut appears on new platforms.  With some tweaks aimed at making the experience seem more like a traditional survival horror, can the definitive edition strike a chord with a new audience? 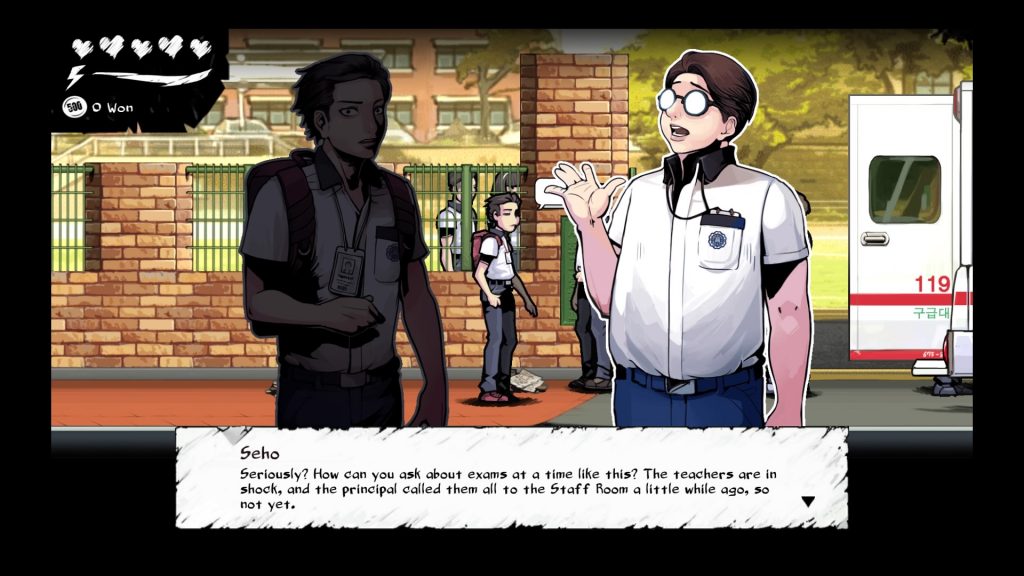 There’s plenty of Asian horror tropes with a school setting an an ever present, solitary killer to chase you around the place. You play as Youngho, a student short on sleep before a big test. A suicide has just taken place the morning of the test and, sure enough, our hero is lured into slumber. He awakes in a nightmarish reality stalked by and accompanied by familiar faces. The cast features a couple of school yard archetypes with your nerdy friend Seho being mostly terrified. Yeosol operates as your best friend whilst her boyfriend is a standard school bully. You occasionally cross paths with these companions as the story progresses with some additional characters offering further mystery. Notes strewn around the halls add further context to the world and add a little more flesh to a decent tale.

The Coma: Recut combines a nice visual style with a characterful cast and some dreary, bleak surroundings. The environments feel claustrophobic and compact and the sound design helps portray terror whilst giving you at least a hint of where your opposition might be. The view you’re given is pulled in tight with darkness closing in around you. It’s very effective. The animation is simple but running looks hurried and Youngho always looks nervous and under pressure, even if his dialogue sometimes fails to convey it. Sound might be the star attraction with a well-worked soundtrack used to imply danger. Ambient noises strike up to keep you on edge and the fear of the chase is always accompanied by intense music. 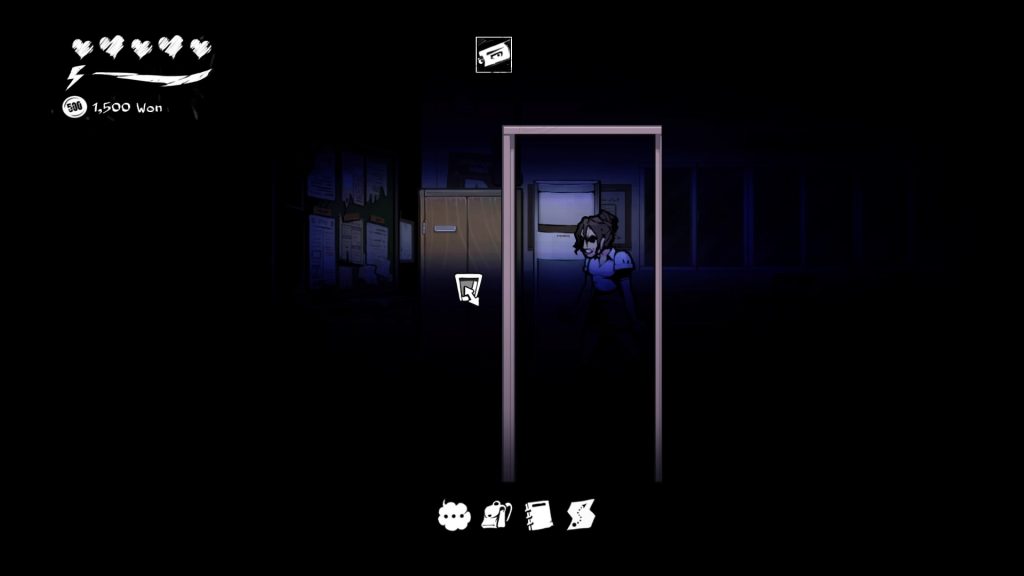 Gameplay consists of wandering around the abandoned school whilst exploring classrooms and advancing to new buildings. Finding loot is the fun part with plenty of secrets available to uncover. Some lead to new items, side quests, new endings and help you get familiarised with the school’s dimensions. Your map is easy to read and planning ahead does come into play, to an extent. You’ll have to become familiar with the complex as you’ll backtrack more as the game advances. There’s a lot of fetching which can allow for some repetition to set in. Whilst you’re given direction frequently, the final stages test your knowledge of your surroundings a little too much which can result in dead ends and lost time. Inventory space is cut down from the original, making you unable to stock up on items. It should increase tension but items remain plentiful. It can be a nuisance when you rediscovery an item you’ve been unable to get in your backpack four or five times.

Hiding from the game’s main threat can also take up time. Whilst it takes less than a minute for the stalker to move on, you’re always seeking sanctuary. There are environmental hazards but none can hold a candle to our killer. She takes on the form of your favourite teacher but, rather than hand out homework, she prefers to stab and slice. She can cover ground quickly and it’s very hard to keep in mind where she is. Her footsteps give away her position but usually when she’s already in pursuit. Once she’s introduced, she can appear at random, making certain bottlenecks feel unfair. On the plus side, there’s plenty of opportunities to save. Death will only cost you a few minutes, at most.

You’re given a stamina pool which drains when you run or cower behind furniture. Hiding in lockers seems your best option as there’s no penalty for doing so. Assuming you can find a locker that’s usable. Stamina can also take a while to recover. Items can replenish stamina and health but they’re finite and the killer can take you down in three quick slices. It’s a strange beast where, at times it’ll feel forgiving as you explore at your own pace, only for the game to throw the killer on the board to spice things up. You can go a few minutes without seeing her but the idea that Ms. Song could appear at any moment keeps you on your toes.

Whilst The Coma: Recut can leave me frustrated, I also find enjoyment from the exploration and story. Ms. Song loses her threat after a few encounters but death’s not much of a setback. The limited inventory causes one or two unintended problems but the brief nature of the game means you’re almost always advancing. There’s problems with this game but I’m still finding it memorable.

The Coma: Recut
6 Overall
Pros
+ Great, claustrophobic, hand-drawn art style.
+ Excellent sound design.
+ A nice sense of exploration.
+ Interesting story with likeable characters.
Cons
- Backtracking can feel tedious.
- The antagonist loses any threat when she's showing up so often.
- You're given little feedback on when the antagonist is near.
Summary
With an interesting story and a strong sense of exploration, The Coma: Recut's wonderful art and sound design finds itself undercut by some frustration. The chase can feel a little weary at times and the backtracking can be tedious. Still, there's things to admire from this short, sharp shock.