My Brother Rabbit is the latest from the Polish point and click maestros Artifex Mundi.

This game is what Artifex Mundi themselves term a hidden object game. It’s a fair description as the mechanics of My Brother Rabbit are something of a throwback to the likes of the classic LucasArts or Sierra point and click adventures. Where this game differs is that rather than focusing on wittily written dialogue, it goes for (ugh) “the feels.”  We hate ourselves for using that term but that’s no doubt what millennial types would call it. 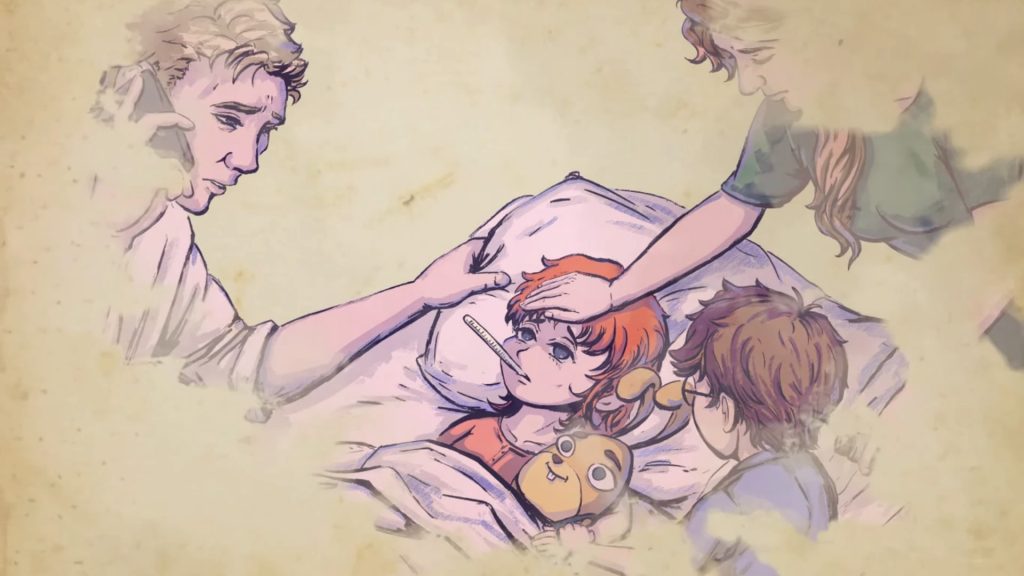 The titular rabbit is a sick child’s toy. Two cute kids  feature and the adorable little redheaded girl is taken ill, eventually ending up in hospital critically ill. Short animated vignettes between each level play out a story that might have a less world-weary and cynical reviewer blubbing. The gameplay is in her imagination where her toy rabbit comes to life, a refuge from being so sick.

Another departure from days of yore is in use of items. Rather than having to combine, say, a hamster with an ice machine, you’ll have to collect a predetermined quantity of a particular object. 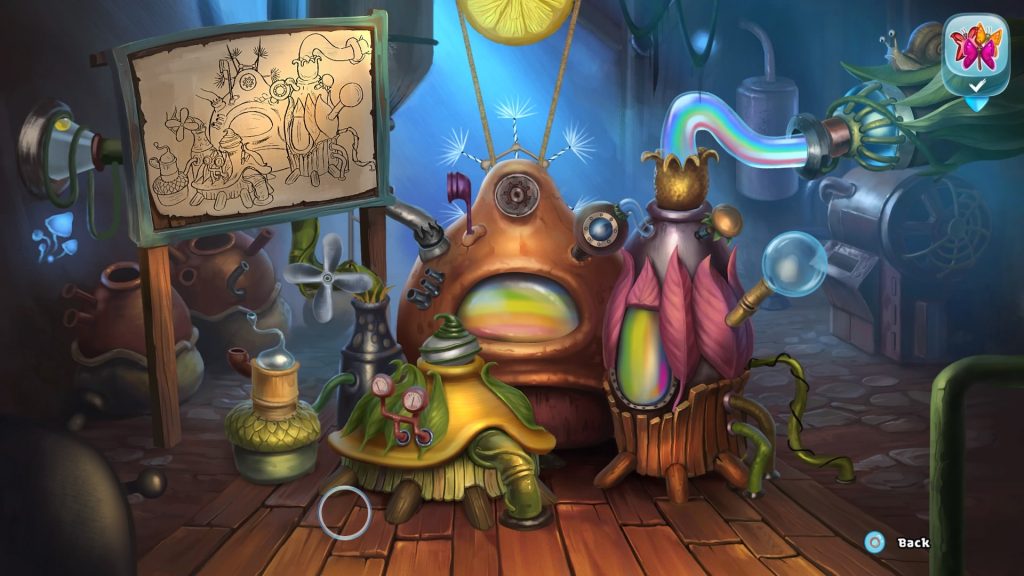 Each level is made up of a series of sumptuously painted static screens, starting with the eponymous rabbit waking up in a basement room. To give an example, your first task is to get out of the room by making rungs for a ladder.

Sometimes objects are straightforward enough to find but very occasionally you’ll find yourself scanning every quadrant of the screen to spot an item you previously missed. Other times you’ll have to use a tool to produce an item by cutting another for example, such as the previously mentioned ladder rungs.

The solutions for some of the collections aren’t immediately evident and you’ll often encounter items you can’t use or even pick up yet. This is a smart piece of design to stop you hoovering up every single item and negating any challenge.

On occasion your collections will unlock a puzzle, completion of which gates your progress. Thankfully, those we’ve encountered thus far are pretty straightforward. They might prove taxing for the younger player, certainly we expect to be handed the controller to take over just as we would do for a boss fight in Super Mario Odyssey. 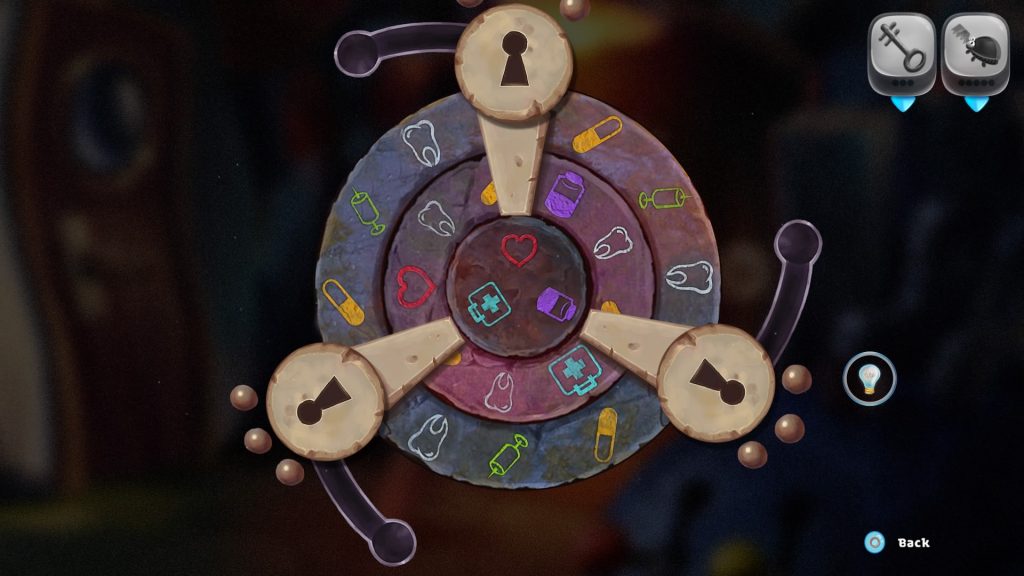 The bright graphical style is sure to appeal to kids though adults might find it all a bit saccharine. Since it’s a child’s imagination we’ll give it the benefit of the doubt.

The screens you’ll navigate are illustrated to a standard that wouldn’t be out of place in a typical children’s book, again very kid friendly. The sick kid setting might raise some awkward questions though, so be prepared for that if your kid can tear themselves away from Fortnite or Minecraft for the slightly more sedate fare on offer here.

As a more mature player, this game still has something to offer. It’s very relaxing, also the frequency with which you’ll unlock trophies gives a pleasing dopamine hit. Make yourself a nice cup of tea with some homemade macarons to eat along with them and you’ll easily while away an hour or two playing this. 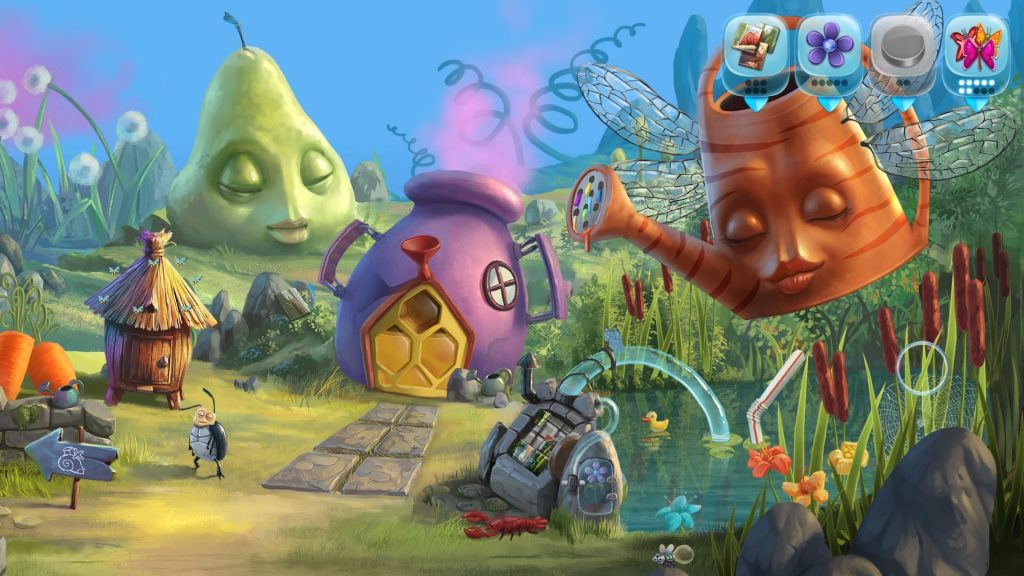 That said, My Brother Rabbit doesn’t really lend itself to extended play sessions, nor should it be played in that manner as you’ll want to take your time.  That is unless you’re here for the trophies, in which case knock yourself out. Think of it as a palate cleanser of sorts, it’s definitely a welcome change of pace from the fast paced likes of Spiderman or God of War.

If we have any grumbles, it’s more down to the fact that the gameplay is pretty one note. It’s akin to playing a jigsaw puzzle perhaps. In that regard, My Brother Rabbit is probably not for everyone then. Also some items aren’t as obvious as you might hope for, the hidden aspect of ‘hidden object’ occasionally proving problematic. Though in the case of one cute trophy, you’ll get it just by interacting with non-collectible items. 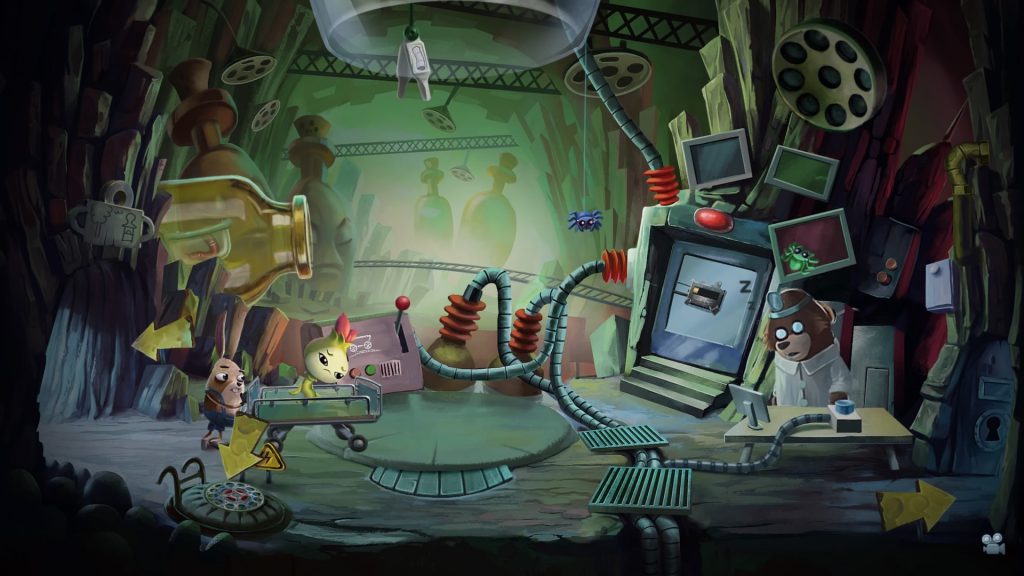 To wrap things up, My Brother Rabbit is a beautifully illustrated point and click game that might not be everyone’s cup of tea, but for us it’s a accomplished example of a well refined genre. Anyway we like tea, so it’s a yes from us.

Going by the prices of the other games from this developer on the PS Store, we expect it’ll release for £11.99. That perhaps pushes it slightly out of the range of an impulse buy, but at the same time that’s the same price as a bucket of KFC and we know which we’d rather have.  We’ll take the game and eat a Pot Noodle instead.

My Brother Rabbit
7 Overall
Pros
+ Beautiful art
+ What it does, it does well
+ Puzzles are well implemented and not overly hard
+ Sedate pace makes for a relaxing time
Cons
- Gameplay doesn't have much variety
- Some items prove more difficult to find than they should be
- Perhaps a little expensive
- While it might appear suitable for kids, the themes might not be
Summary
My Brother Rabbit is sure to warm your cockles with nostalgia for classic point and click adventures as the nights draw in. The gameplay is something of a relic but what this game does, it does very well.