Baldur’s Gate and Baldur’s Gate II: Enhanced Editions have been released as a pack on the PS4. If you’ve never heard of Baldur’s Gate then you’re probably just about young enough to still have hope in your life. They were a big deal in the world of CRPGs when they were released in 1998 and 2000 respectively, developed by Bioware who you probably are aware of as they make Mass Effect, Dragon Age and, ahem, Anthem. These Enhanced Editions have been out on the PC and mobile for a long while now and although they shouldn’t prove a problem for modern systems technically, have required some adaptation for controller usage. 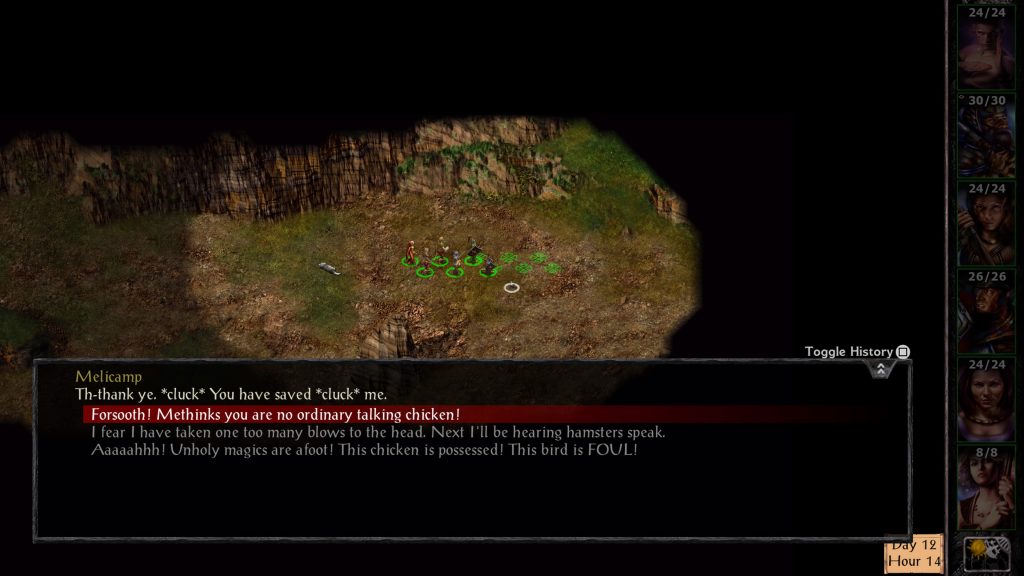 Baldur’s Gate follows the story of a character who must leave their home with some haste with their adoptive father. Unfortunately their guardian is killed shortly into the journey and your character must set out on their own using what little information they have to meet some family friends. How you progress with your journey is up to you, joining up with other adventurers you meet, going it alone, helping others or not, your journey will unveil why you’re being hunted down and what is happening in and around Baldur’s Gate.

This character is created by you from scratch. From gender, to race (human, elf, dwarf, etc.), to character class (warrior, mage, thief, etc.), alignment (good, neutral or evil) to starting stats you can make whoever you want and even write a bio for them if you feel like it. There are some presets as well if that all seems too daunting. Once you’ve made your decisions you can take a tutorial to get a grip on the controls before heading into the game proper, though it’s not particularly great at explaining the more complex aspects of the gameplay and systems. 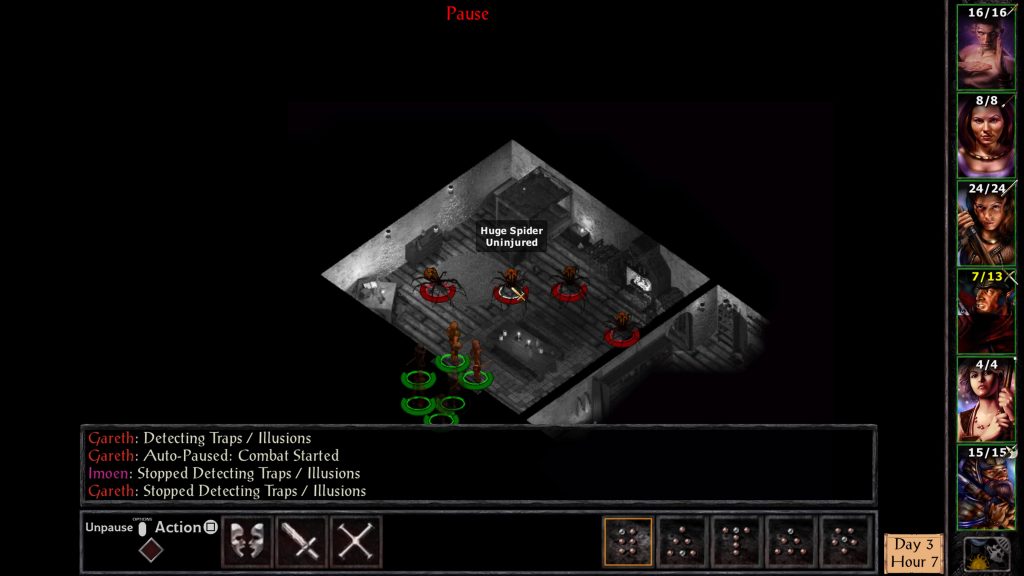 Before I get into that though you get to explore your home of Candlekeep which does do a decent job of showing you a scaled down version of what the full game will involve. There are tutors who will talk you through different things, quest givers who will ask simple tasks of you and assassins who you’ll have to fight. Working your way through these tasks, if you choose, will allow you to gear up and earn some experience before heading out into the big bad world. I played on Normal from a long list of difficulties and the early going is tough. Your character (and their opponent, to be fair) will often just swing and miss the attack and it becomes a matter of who is going to get the most hits first to see if you die (it’s an instant game over if the main character dies) or your enemy. You will slowly learn how things work and how different classes play as you recruit new allies but for those unfamiliar with the game or D&D rules there is quite a learning curve.

Obviously for such an old game there is a wealth of resources online for you to pick through, which will explain what the hell THAC0 is and how your armour is better the lower the numbers are and so on. Really though, if you get through the first few areas, start levelling up and gaining better gear then you’ll start being more effective in battle and things will become more enjoyable as you meet new characters and explore areas, both important to the main quest and purely optional ones. 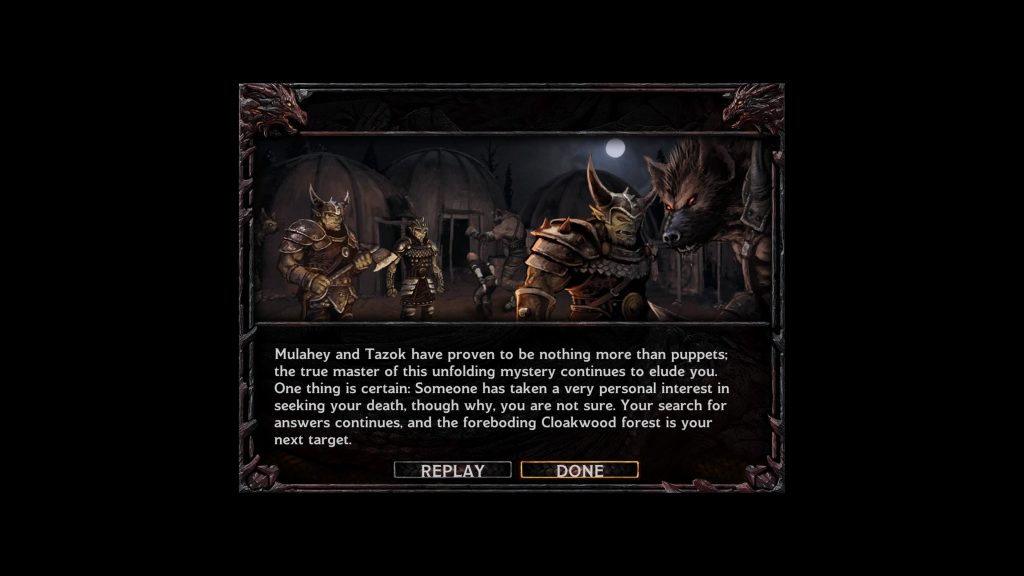 The graphics are obviously primitive by today’s standards but through the content you can see the DNA of modern RPGs, a lot of which Baldur’s Gate actually does better. You can only travel with five companions, there is no reserve stock, but there are nearly thirty for you to encounter as you go through the game. Each has their own story, related quest and morale compass. Having so many can be overwhelming and casting out someone you’ve grown used to (or them dying) for a new character can be difficult, but it adds masses of replay value as you think of different party compositions and take into account that evil characters won’t want to adventure with you if you’re too heroic and vice versa. The characters can play off one another as well, even going so far as to attack each other if they dislike one another enough.

The world is broken up into smaller areas, but is a large world in its own right and although there are some areas that are blocked off by story progression, generally if you can reach it without dying then you can go there. Each area is normally populated with side quests and unique characters rather than just a large area with enemies too so it’s worth doing. I found myself ignoring the main quest for long periods as I ventured out into the unknown, settling squabbles and exploring ruins. Once you get the hang of things its age no longer seems to matter, though the controls do irritate a bit. 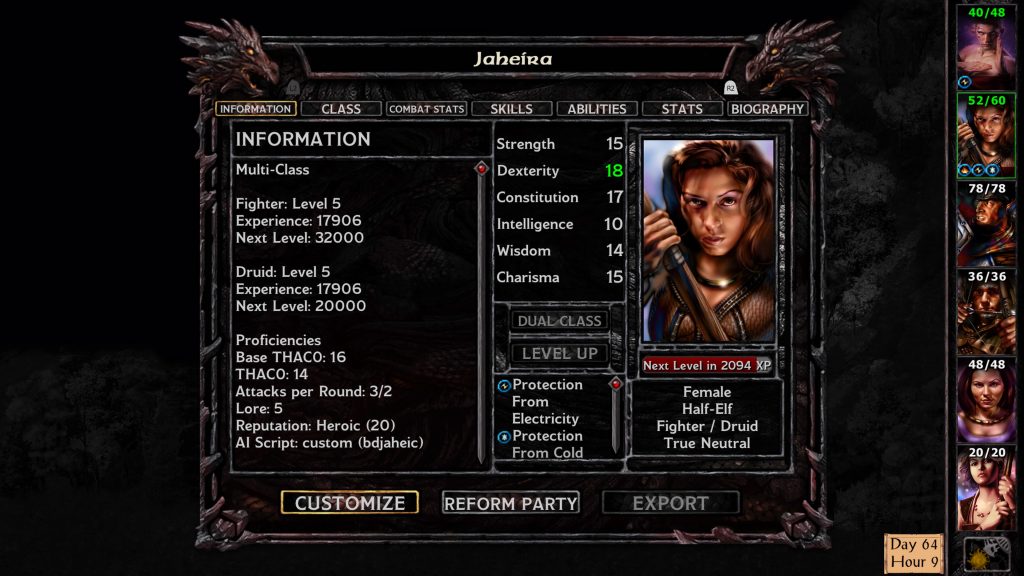 You have two options to move around, either using the left stick directly or using the left stick to move a mouse cursor. This will boil down to preference, but to me the direct control did not feel good and I quickly defaulted to the mouse pointer although you then have to put up with some dodgy pathfinding. Obviously it’s not as fast as an actual mouse, but if you’re doing anything too complicated during a fight you can always pause the action with the Options button. If you’re using direct control then a context sensitive icon will appear as you approach things, either to pick them up or talk to someone or whatever, the mouse requires you to click on them directly but feels more natural to me. You can flip through each character in your party with the shoulder buttons or press both to select everyone and

opens up the action menu where you can choose to use spells, abilities or items from your quick slots. Pressing

opens up a radial menu where you can access everything else like your inventory, character sheets, local map, world map and so on.

Going through the menus and sorting your inventory is definitely where a mouse would be superior. On the controller you have to cycle through each option and scroll across each item rather than on the PC being able to click, drag and drop things to organise. It’s something you get pretty good at as the game goes on but it turns a two step thing into a four or five step thing. And that’s the main negative about these Enhanced Editions on PS4.

It seems pricey for a couple of twenty-ish year old games, but in it you get Baldur’s Gate and two expansions for it and Baldur’s Gate II and two expansions for that. That’s a hell of a lot of game and they hold up amazingly well content-wise. The thing is they are definitely better suited to the PC, are cheaper there where they can be modded and they have multiplayer if that’s your thing, which the PS4 version is missing. These are still great games on the PS4 but if you’ve got a choice then it is something you should think about. 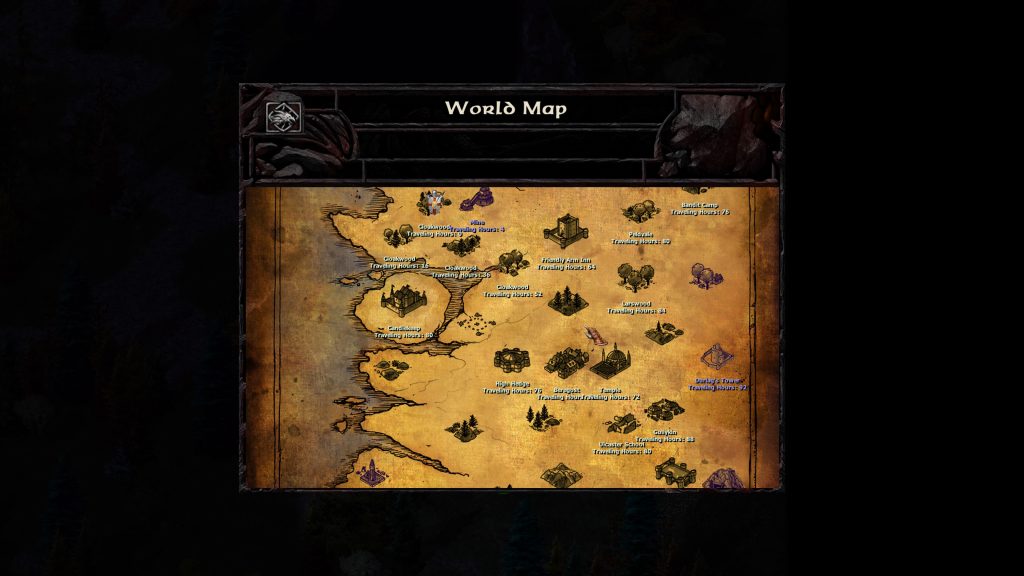 I’m so glad that after a couple of false starts over the years I’ve finally been able to play these games thanks to Baldur’s Gate and Baldur’s Gate II: Enhanced Editions. Although PC is the best place to play them the content still shines through on PS4 and is a must if it’s a blind spot and you’re a fan of the genre. Looking past the dated graphics and some control foibles aside the characters and quests are better than most you’ll find in modern equivalents. If you’ve any interest then I suggest you check them out wherever you’re able as even after all this time Baldur’s Gate is worth visiting.

Baldur's Gate and Baldur's Gate II: Enhanced Editions
8 Overall
Pros
+ A great adventure with fantastic companions
+ Lots of replayability
+ So, so much content
Cons
- Controls are okay but can't compare to a mouse
- Graphics won't be impressing anyone
- No multiplayer or mod support
Summary
Baldur's Gate and Baldur's Gate II: Enhanced Editions are fantastic games that put a lot of modern equivalents to shame. The graphics are massively dated and the controls are compromised compared to the PC but the content shines through and boy is there a lot of it.