Ayo The Clown comes from apparently NY-based developer Cloud M1 and publisher EastAsiaSoft. Our hope of Ayo talking to his pals like he’s from the hood in hip-hop and gang patois wasn’t to be. Instead Ayo The Clown is a cutesy 2.5D platformer with the titular clown being the hero of the piece.

Ayo initially made himself known to Switch owners in August last year. Then, just as now, his little dog Bo has gone missing and it’s down to you to unravel the mystery behind his disappearance. 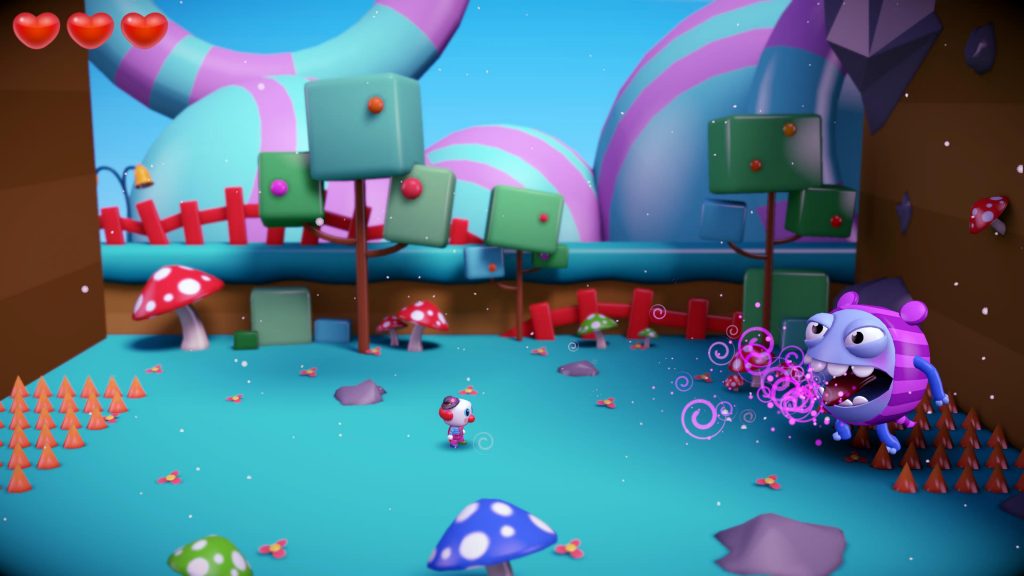 Your abilities are gated at the outset, with your wee clown unable to even jump at the outset. At least Ayo doesn’t pull a Metroidvania trick by giving you a level with all your abilities intact then pulling the carpet out from under you. Instead, you’ll steadily unlock new skills as you go.

Firstly, you gain the jump ability from the shoemaker, following up with the balloon ability. Others follow, but we’ll spare the details for you lest you wish to learn for yourself. There’s nothing to stop you looking at the trophy list admittedly, but that’s your choice. Suffice to say, eventually your skillset will lead to a similar feel to Mario’s cute dinosaur pal Yoshi. 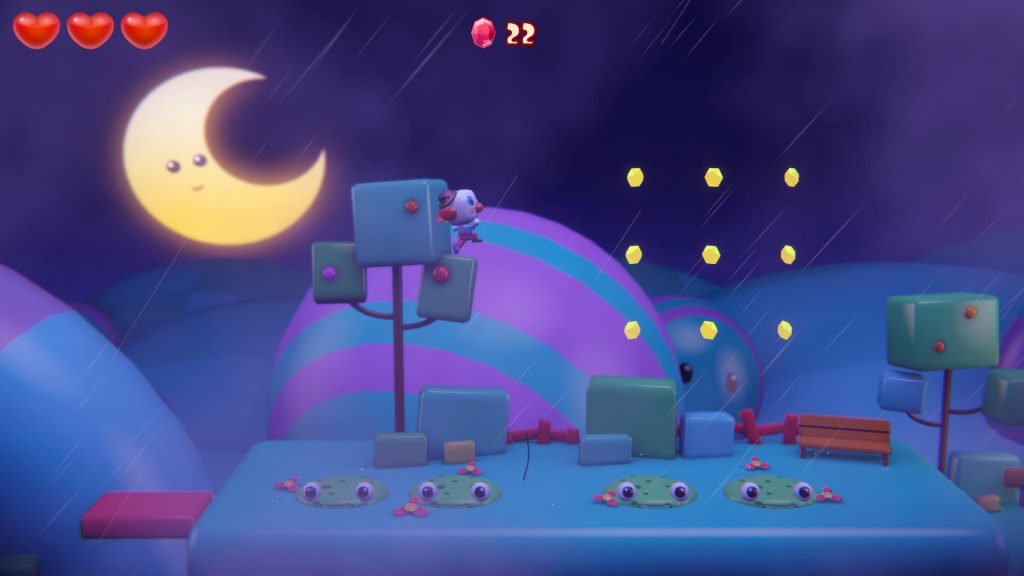 Graphically, everything is very cute and pre-rendered. No pixel art indie flavour du jour here. This is down to Cloud M1’s background in digital CG animation and mobile art we suspect. It makes a nice change but also gives Ayo The Clown an oddly sterile feel.

Ultimately though, this is all dependent on the gameplay. Does it hold up its end of the bargain? Well, yes and no. For a start, the controls can feel a bit imprecise which isn’t ideal when some of the jumps needed that little bit of precision. Also the hitboxes on some enemies don’t feel particularly well defined, especially when you aim to jump on top of them. Only it goes a little awry when you attempt to do so and you take a hit instead. 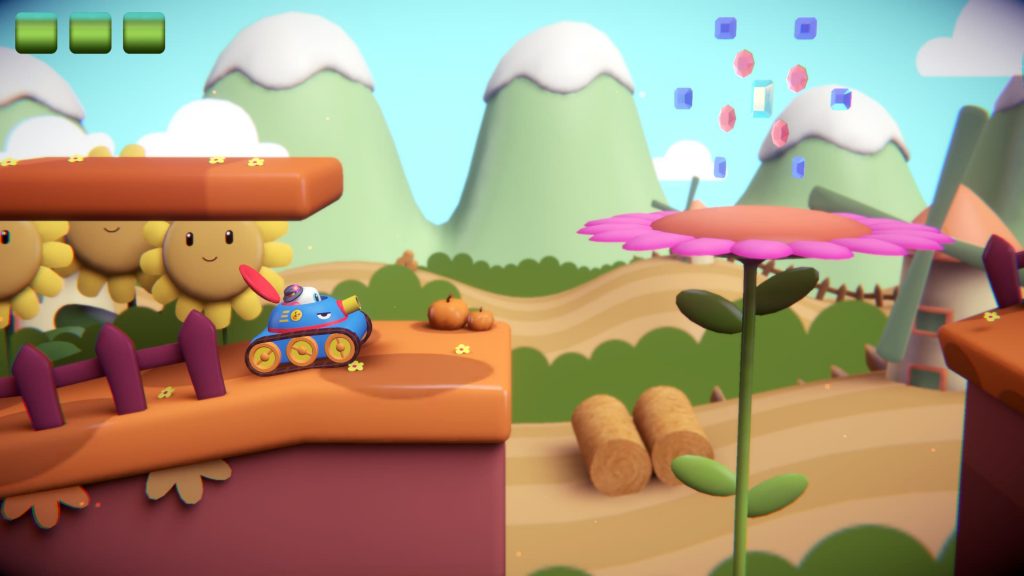 Such imprecision makes you feel like things could’ve been refined a little in that department. Especially when Ayo clearly seeks to ape Yoshi not just in terms of how he handles, but also down to a direct lift from 1995’s late-era SNES release Yoshi’s Island with regard to vehicles.

Just like in Yoshi’s Island, you also control a tank and a helicopter here too. There may be more to come, but we’ve not got past one boss level due to another issue with have with Ayo The Clown. 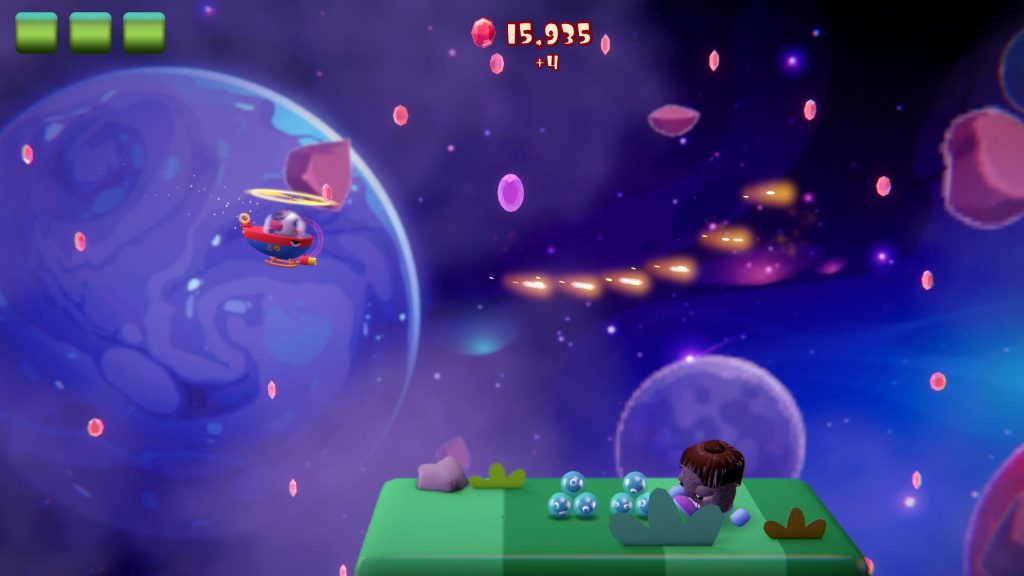 When you reach a checkpoint, you get a pie in the face in a nice little bit of impromptu slapstick. This is all well and good when you fall to your death as you’ll restart at the checkpoint you reached. Annoyingly on normal difficulty, you miss a jump with three hearts and you’ll lose a whole damn life. Not just a heart. This is annoying but not particularly gamebreaking. You may think it might not be so bad if you play on easy, but other than an extra life heart and a few extra lives, it’s just as mechanically broken. 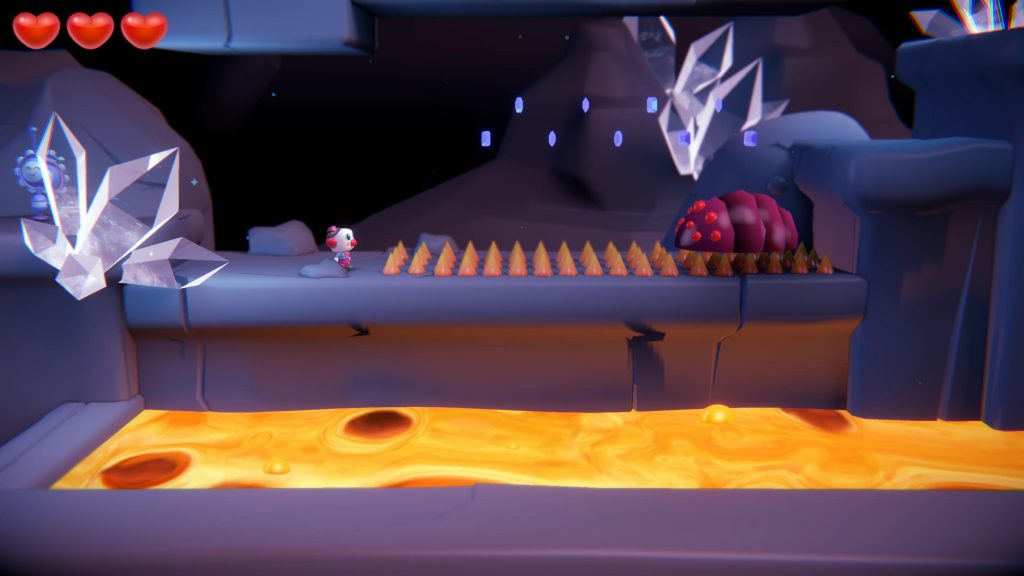 What is gamebreaking is when you reach a checkpoint at a level end before a boss fight, or in one particularly galling section, rising lava. You die, fair enough. But when you die punitively and cheaply and lose all your lives, you’re bumped all the way back to the start of the level. This wouldn’t be so bad if the sections in question didn’t involved ten plus minutes of level to be negotiated beforehand.

This all leaves a bitter taste and left us wanting to play Yoshi’s Island instead as that’s not cursed by the shoddy implementation of what amounts to a bad copy. It’s like if Mumford and Sons did an ill-advised cover of a Killing Joke song. It’d still be a great song, but just ruined by the fact it’s Mumford and Sons. That’s ultimately what Ayo The Clown is, a bad covers band. If you’ll excuse us, we’re off to see the Bootleg Beatles as the bootleg Mark Chapman instead of playing this any more.

Cons
- Probably too frustrating for kids
- Not much more than a poor take on a brilliant original
- Mechanics are off, often requiring lengthy retreads of levels
- A bit sterile looking
Summary
Ayo The Clown is a below average take on Nintendo's 1995 classic Yoshi's Island. There's just too many rough edges and mechanical issues for this to be worth persevering with. It's a bad cover version at best.

One thought on “Ayo The Clown – PS5 Review”