Atari 50: the Anniversary Celebration is a compilation of retro titles spanning most of the life of famed software publisher Atari and has been put together by Canadian coders Digital Eclipse.  Aside from such keywords as Atari and 50, the one that rings truest about this collection is ‘celebration’ as this really isn’t your usual run of the mill package.

Sure, like any retro compilation Atari 50 has a bunch of old games on there and a lot of them are their early arcade and home console games that we’ve seen a million times before from various compilations as well as the doomed Game Room project that came and went on the Xbox 360.  We’ve seen ports of the likes of Missile Command, Gravitar and Black Widow plenty of times and we never really get excited by the prospect of playing dozens of Atari 2600, 5200 and 7800 titles either.  In fact, we’re just not big fans of Atari’s golden-era output. 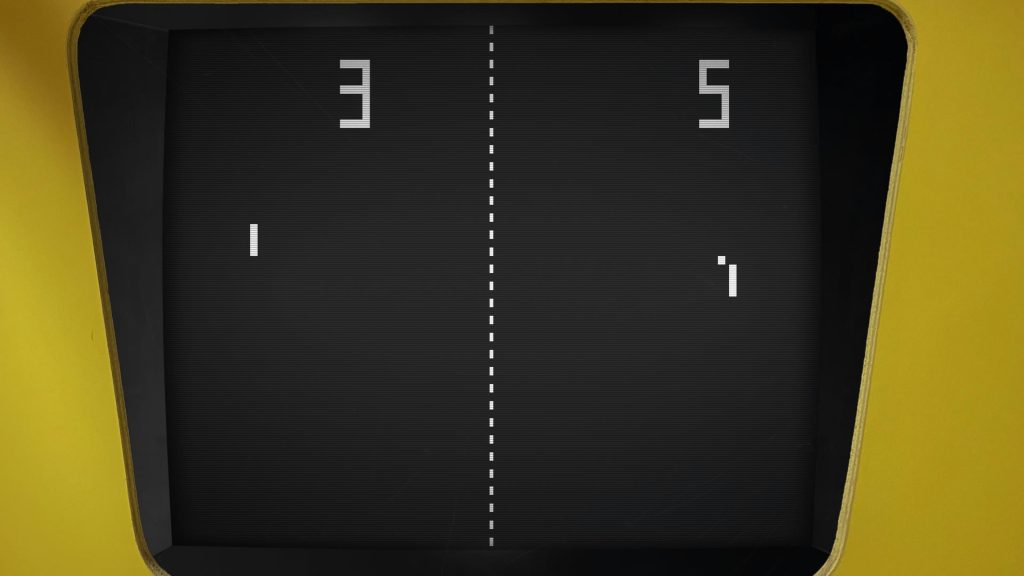 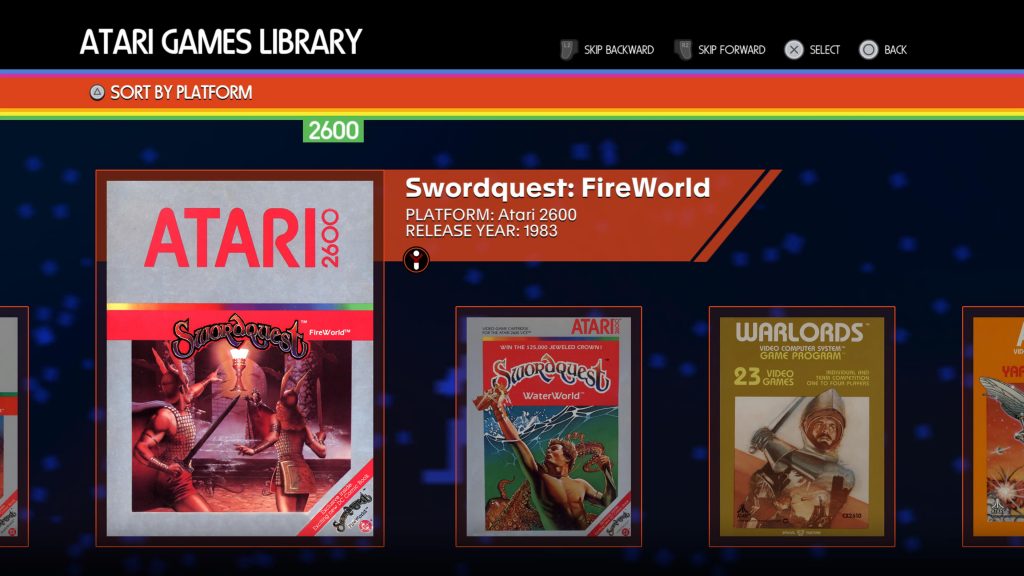 But Atari 50 is something special.  It lays out Atari’s history on a timeline and includes much more than just games.  We’ve got box art, manuals, advertising material, schematics and, most excitingly, videos detailing Atari’s history in the industry.  Sure, you can just go straight to the games but we really enjoyed watching the likes of Nolan Bushnell talking about the early days as videogame pioneers in the ’70s and ’80s.

The compilation is pretty honest about the fact that Atari had quite a few failures along the way and for the most part this compilation doesn’t shy away from that.  Sure, some key licensed titles (such as the infamous ET game) but what’s here is a really interesting mixed bag. 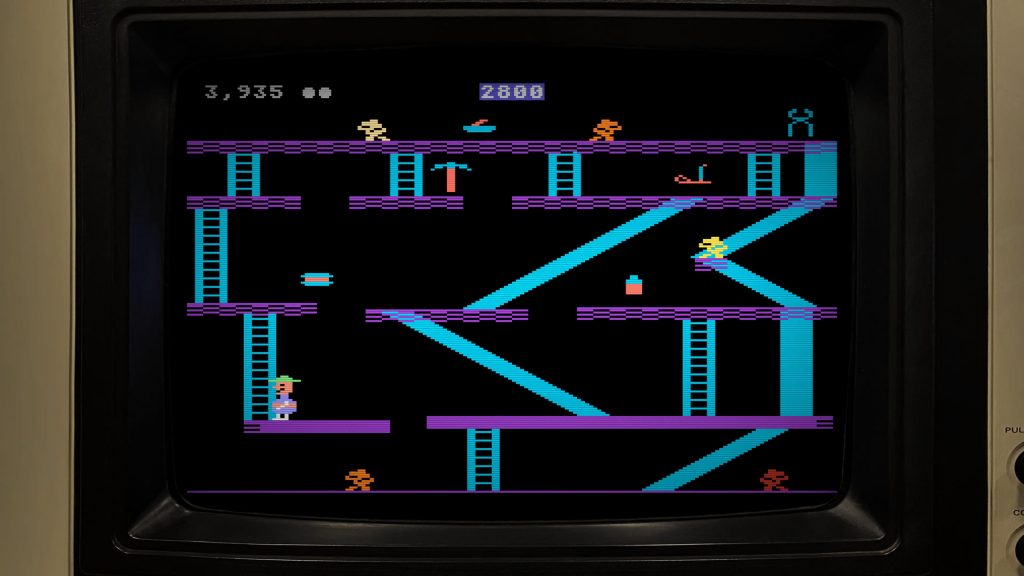 All of Atari’s early coin-op games are here but along with the likes of Asteroids, Breakout, Missile Command, Centipede and so on you also get Akka Arrh, a game that never made it out of the prototype stage.  It all starts out with Pong and takes you up to the late ’80s.  There are 25 arcade ports on offer here and while most of them feel very dated, there’s sure to be a few that hook you for a few extra plays.

Atari’s early home consoles are also present and correct along with the Atari 800 which was their foray into home computing.  There are plenty of games to try out here.  Atari 800 (four), Atari 2600 (forty). Atari 5200 (five) and Atari 7800 (seven) are all represented here and while we’ve never been fans of these machines here in the UK (because we had the Spectrum and that was way better), it’s great to see such a wide range of titles.  It’s not all just ports of Asteroids as games such as Ninja Golf, Bounty Bob Strikes Back! and others are also here.  There are even some unreleased titles (Saboteur) and a little bit of homebrew here too.

Then we get into the really crazy stuff.  First up, we get six Atari Lynx games.  It’s really great to see the Lynx get a bit of love here as it was something of a flop (which was guaranteed when you tried to release a handheld during the Game Boy era).  Basketbrawl, Malibu Bikini Volleyball, Scrapyard Dog, Super Asteroids & Missile Command, Turbo Sub and Warbirds are all included and make for some pretty interesting curios.  Along with some of the supplementary material included, this selection will be a huge win for Lynx fans. 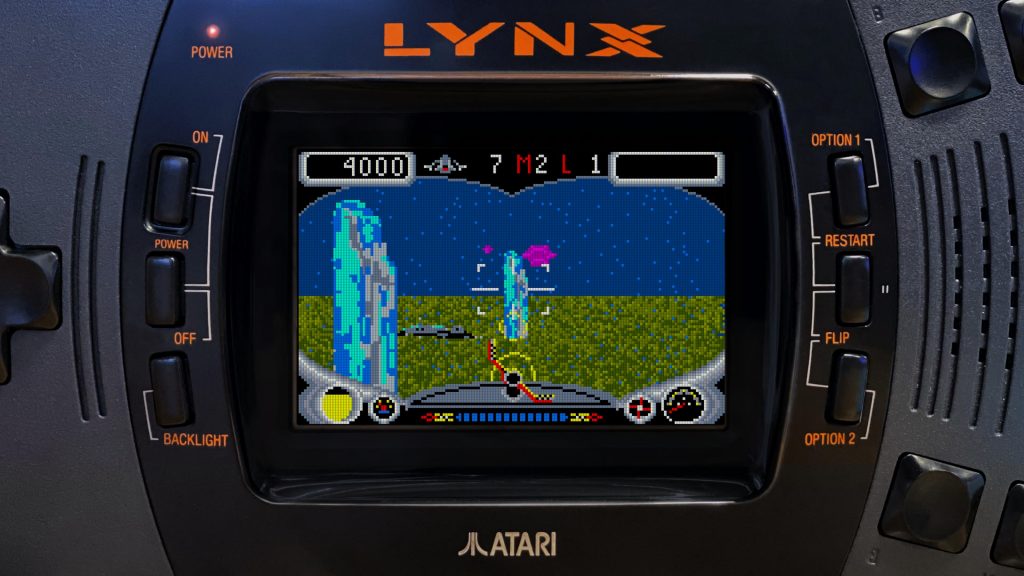 But even crazier than that is that they’ve also included nine Atari Jaguar games.  That’s right, Atari’s failed 64(ish)-bit console is here.  Now I personally owned a Jaguar (mainly for Alien Vs. Predator which isn’t included here) and can attest to how ropey it was but it’s been fun exploring some of the games on offer here.  Sure, we’re not sure we ever needed to play Cybermorph again and some of the games are truly awful (we’re looing at your Fight For Life) but you have to respect the decision to include all these never before re-released titles.  And of course, Tempest 2000 is still an absolute banger.

So while we’re not exactly huge fans of the majority of these games, it’s not really about that.  For the first time in a long time, this is a compilation that gets things right.  It includes a really wide selection of games, plenty of things people won’t have seen, some systems that never get this kind of spotlight and there’s loads of extra content too.  And of course, the emulation is all top notch and complete with screen options, bezels and so on.  So you really have to admire the work put into this collection. 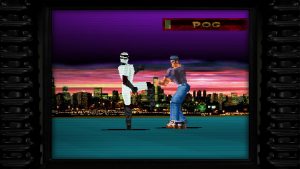 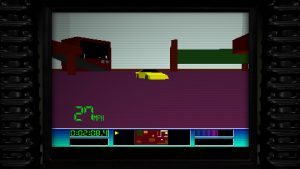 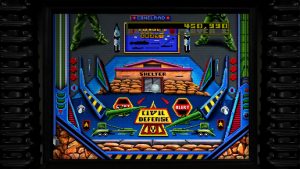 However, it doesn’t even end there as Digital Eclipse have also reimagined six Atari classics and given them a modern-day sprucing.

Atari’s classic maze game, Haunted House, gets a 3D makeover.  Dark visuals and confusing ghost behaviour do make this one a bit of a chore to play and the visuals look like a Net Yaroze game but there’s some fun to be had with this one.

You can’t really go wrong with a good Breakout game and this one adds a VS mode, gameplay modifiers and a host of control options.  As ever, it can’t really ever play as well as it would with a paddle but at least they tried.  That said, we did find that the controls were still our downfall most of the time.  To be honest, Arkanoid still has it beat but this is still quite an addictive take on the genre.

This reimagining of Combat (the 2600’s best game) sees four tanks battling it out in top-down mazes.  While we appreciated the ability to play with humans or AI, the controls were a real struggle on this one.

Fans of the Swordquest games will be thrilled with this one as it’s basically the much-wished for fourth game in the series.  Of all the reimagined games here, this one still looks like a 7800 title but it does have a bunch of mini-games to play and was interesting for a little while.  Again, the controls weren’t great (the were a bit stiff) but it’s worth a quick look.

VCTR-SCTR isn’t a remake but rather it brings together elements of Asteroids, Thrust and Battlezone and is, by far, the best thing on this whole compilation.  We’d have been happy with just the Asteroids bit but the rest is good also.

Confusingly, this isn’t the recent Yars’ Recharged game that we recently reviewed.   Instead of being a groovy, minimalistic twin-sticker, this is much more like the original Yars’ Revenge which unfortunately means its still baffling and unintuitive.  Fans of the original will probably enjoy it though.

So, as you can see, this is a really fleshed out celebration of all things Atari.  Fans of retro gaming should probably check it out and, of course, it’s an absolute no-brainer for Atari fans generally.  While the quality of the games themselves is up for debate, it’s pretty clear that as a package this is one of the best retro compilations we’ve ever seen. 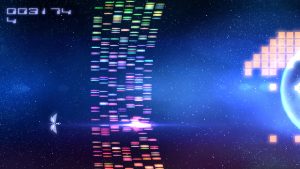 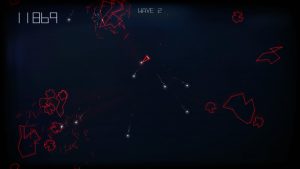 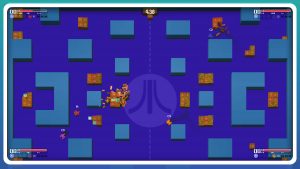 Atari 50
8 Overall
Pros
+ Huge selection of games
+ Plenty of supplementary material
+ A real win for Atari fans
+ Lynx and Jaguar both represented well
+ Remakes are a mixed bag but a nice addition
Cons
- Quality of the games is debatable
- Best suited to an American audience
- Controls are stiff on a lot of the games
- Atari consoles all had terrible graphics
Summary
If you're an Atari fan, it's hard to imagine a compilation put together with as much attention to detail and love for the subject. Sure, the games aren't always that good but even for us as UK gamers who never much cared for Atari, there are some gems on here to play and plenty of extra material to check out. This is retro done right.