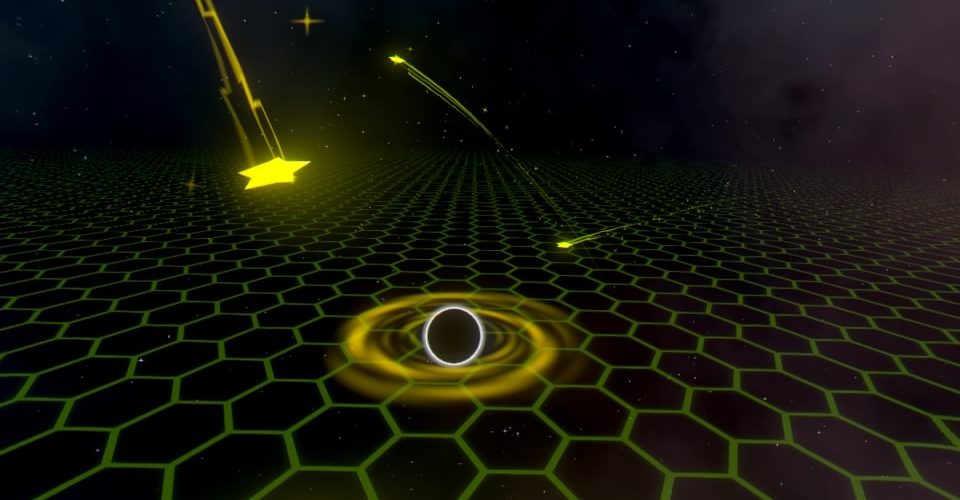 As someone with an art background, the assortment of art programs/games in the VR space have always interested me but I’ve never dabbled. ArtPulse dropped into the PlayStation Country inbox and it was my chance to see how these things work in the 3D space. Or so I thought. 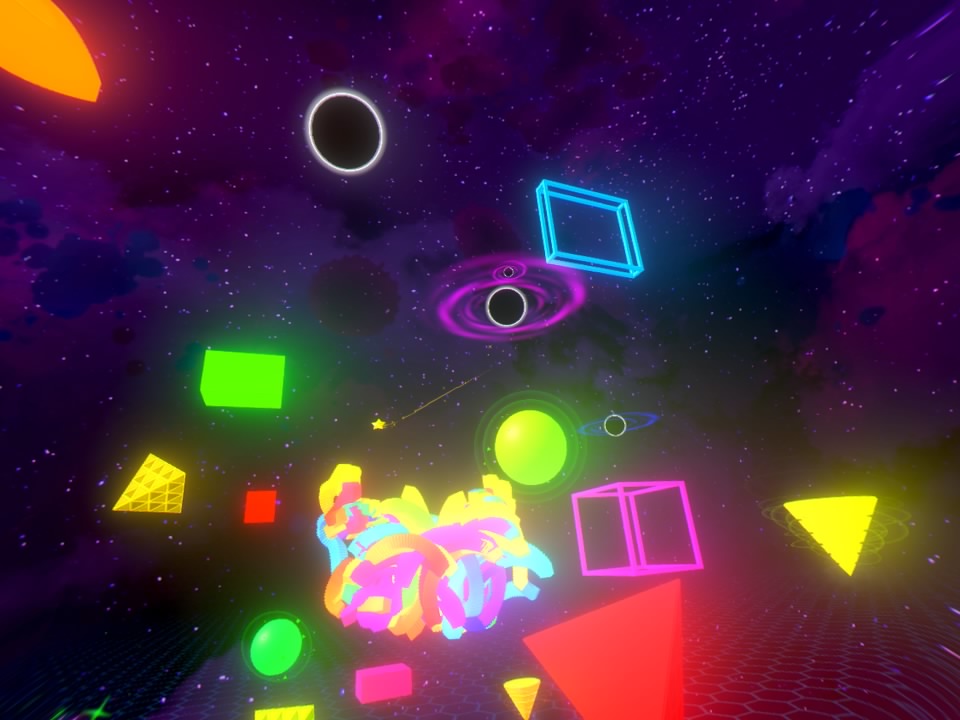 ArtPulse isn’t really an art application. Not in the drawing/sculpting sense anyway. It’s more of a play space where you can create objects which will introduce sound elements to the soundtrack of your choice. The background, soundtrack, objects and colours can be customised to your liking and you just create and generate elements in the environment.

You need two Move controllers for this one. You can use both hands to create but the left hand has a menu for your tools, opened with the Move button and the right controller has your colour wheel. You can save three tool options and colours to the face buttons on each controller for quick selection.

on your right hand rotates by pointing the Move controller in that direction,

on the left one allows you to fly around the space, again by pointing in the direction you want to go.

Within the pause menu you can choose from six different music tracks (or you can mute it), three backgrounds and select options for a quick three minute creation, a cinematic mode which doesn’t give you any tools other than the drawing one and automates everything else and a toggle to choose whether elements in your piece will expire or not. 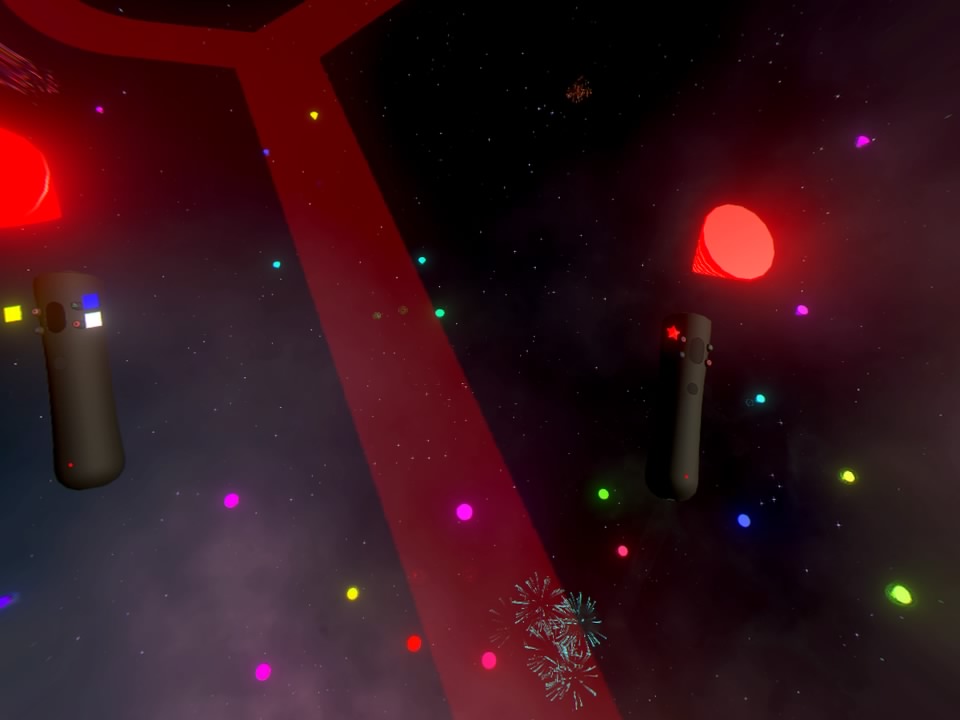 You have seven tools to work with. A basic drawing tool which creates a string of re-sizeable squares. A box creation tool which can be solid or just the frame. A pyramid creation tool. A sphere tool which has the option of creating a solid, pulsing sphere or a black hole type. A star which you can throw which will orbit different elements. A spinning top which you hold to grow and simply drop it and it bounces around on the ‘floor’ before exploding into fireworks. Then there’s a vacuum which lets you destroy parts you no longer require.

As I mentioned, each element will bring in a sound to create a track, the colour influencing it. You can then just do as you please. Stick boxes everywhere, write words, draw things with the use of gadgets such as the best drawing tablets, set up planet like spheres and black hole type things and throw stars around them. Whatever you fancy. You can’t really just create a drawing or a model though. 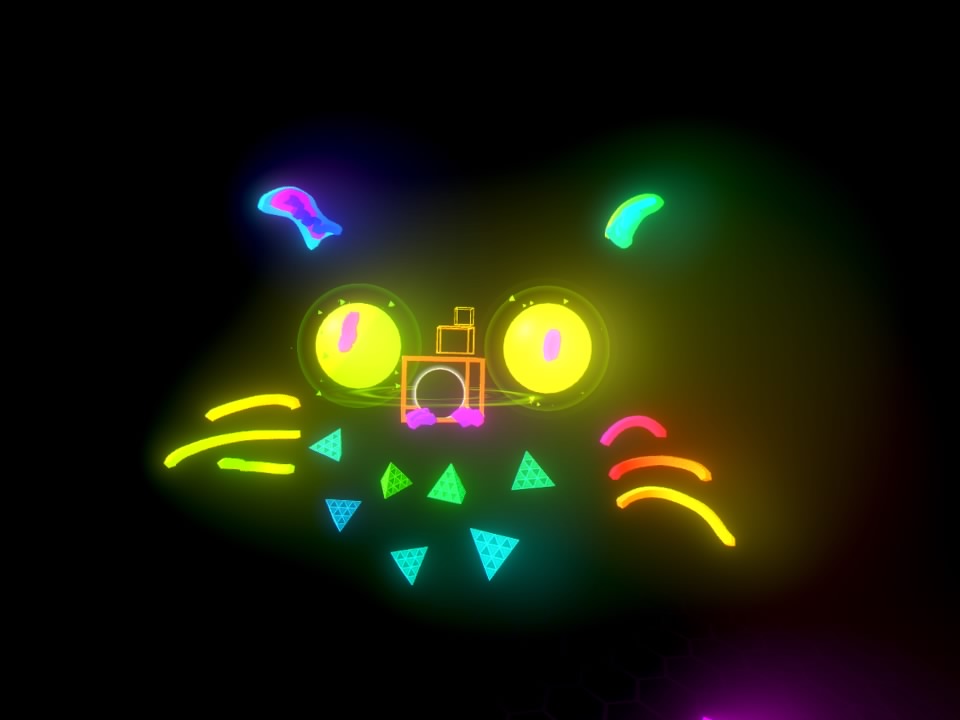 I mean, you can, but it’s not really made for that. I spent a while drawing a Sonic using the drawing tool and nothing else so I could have a screenshot of something for this review. It took some time and was okay. Before I took a screenshot though I went into the menu and noticed that items expiring was on and I didn’t want to lose my Sonic so I turned it off. Upon resuming it was gone. Everything. There is no save, no undo, it was just gone.

I still wanted a picture so I threw together an abstract Sonic using the shapes available to me and did get a picture this time (see below). I then continued adding elements and, possibly due to an unknown item limit, Sonic started to disappear piece by piece. Simply having one draw tool made of blocks rather than having different brushes and everything having a neon glow no matter what points towards this not being a serious art program, but really it’s not made for that at all. Short term experiences are what ArtPulse aims for and only you’ll know how much that appeals to you. 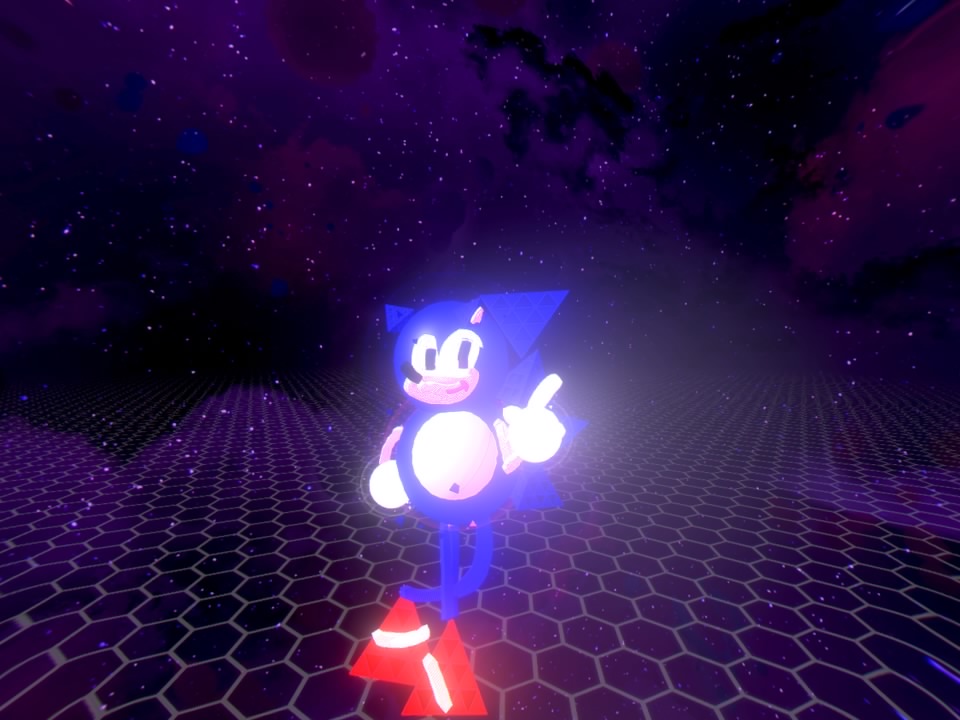 There is something fun about spawning different shapes and the music changing whilst you try to create something logical or otherwise, but after one session I can’t see myself going back to it again. ArtPulse is cheap, but at £10 I think it’s maybe not cheap enough for such a limited experience but your mileage might vary. There’s no goals or challenges (apart from some very easy trophies) which is fine, but there’s not enough here to experiment with and the tools aren’t flexible enough.

ArtPulse
5 Overall
Pros
+ The mix of visuals and audio is a treat
+ Fun to just mess with the tools for a bit
+ Fairly cheap
Cons
- Not flexible enough for art creation
- No undo button
- No save function
- No real replay value
Summary
ArtPulse isn't really an art tool for VR like the name implies but more of an audio/visual experiment meant for short bursts. The tools don't have enough flexibility for you to get truly creative and my time with it was short lived but I'm sure some people will get some joy playing about with what is here.