Big Ant Studios are slowly making a name for themselves with their sports titles. Branching out from cricket, they found themselves giving tennis a crack with AO Tennis. After numerous updates, that clumsy first attempt was starting to resemble something more palatable. Now they’ve opted to give a sequel a fair crack and this second attempt doesn’t feel like a double-fault. 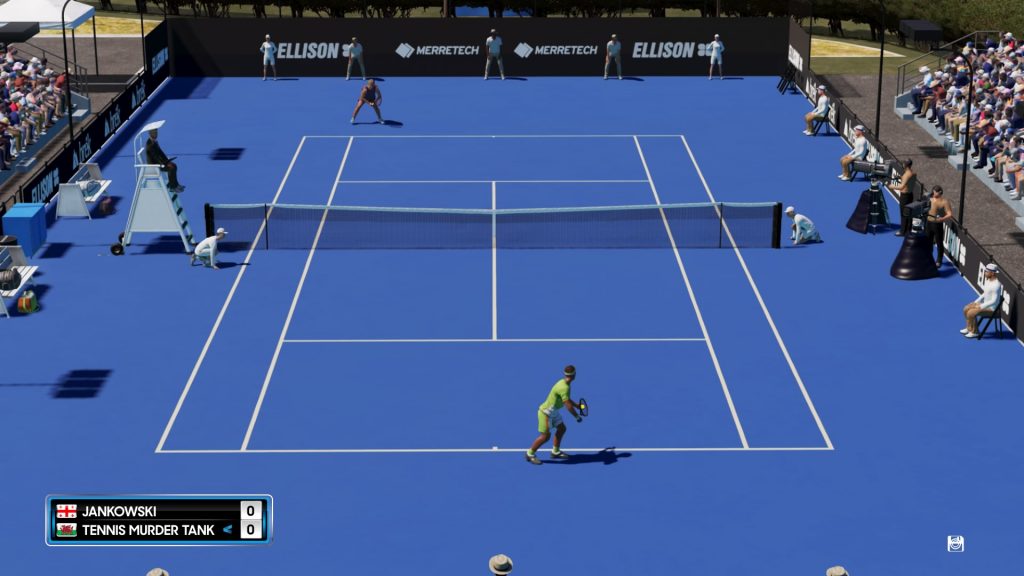 The controls are interesting. As well as direction, you’re applying power with every shot. You have control over some of your movement but with shot selection and power also being considered, the game takes over some of your movement to compensate. For the most part, it works and doesn’t intrude but it can sometimes fall short. It’s not common but you can find the movement wanting when it comes to chasing down the odd return. It’s not something you can tweak or work around with the maximum setting being applied by default.

You have a lot of shots at your disposal and opens up a strategic game of tennis. It’s a shame your shots root your player to the ground and, whilst you can sprint to cover lost ground, the tennis is perhaps not as fluid as I’d like. Holding down your shot selection takes some getting used to and I did find it difficult to really find the lines when you’re so dependent on releasing the button with the right timing. You can be precise but it requires a fair amount of practice.

The gameplay has a great feel to it. The AI’s smart enough to keep you on your toes as you look to create space on the court and push your opponent out of position. They show a fair amount of shot variation and they can really give you a good, competitive match. I haven’t seen them try too many drop shots or lobs and they seem very, very effective at the net. 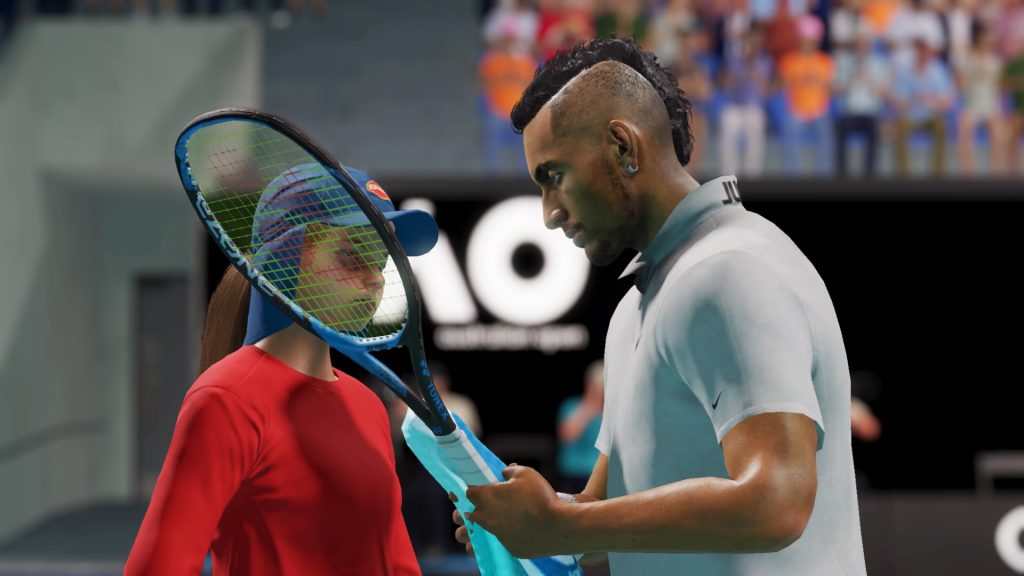 They’re actually entertaining to watch. They move around the court and animate really well. They show little moments of emotion between points and the action remains mostly smooth. There’s a bright, clear look to the players and environments that’s only let down slightly by some pre-match stutters and screen tearing. Load times are also fairly lengthy.

Presentation lacks variation. You do see the same animations play out and each tournament contains the same Australian Open licensed TV overlays. It does break the immersion a little. I also find the crowd noise to be a little subdued. It dampens the atmosphere a little, especially as I consider Aussie crowds to be pretty lively. The noises around the court from the players and umpire are fine and they’ve done well to incorporate the licensed players right down to the grunts.

Big Ant Studios have managed to license 25 names across the men’s and women’s game with Rafa Nadal being the most noteworthy. Home favourite Ash Barty tops the female selection and their likenesses are well done. For the stars that they’ve missed, two years of player-generated content can help plug the gaps. The character creator is well featured and there’s some pretty convincing efforts to transplant into your game. It doesn’t stop at players with venues and playable scenarios all being crafted by a dedicated community. 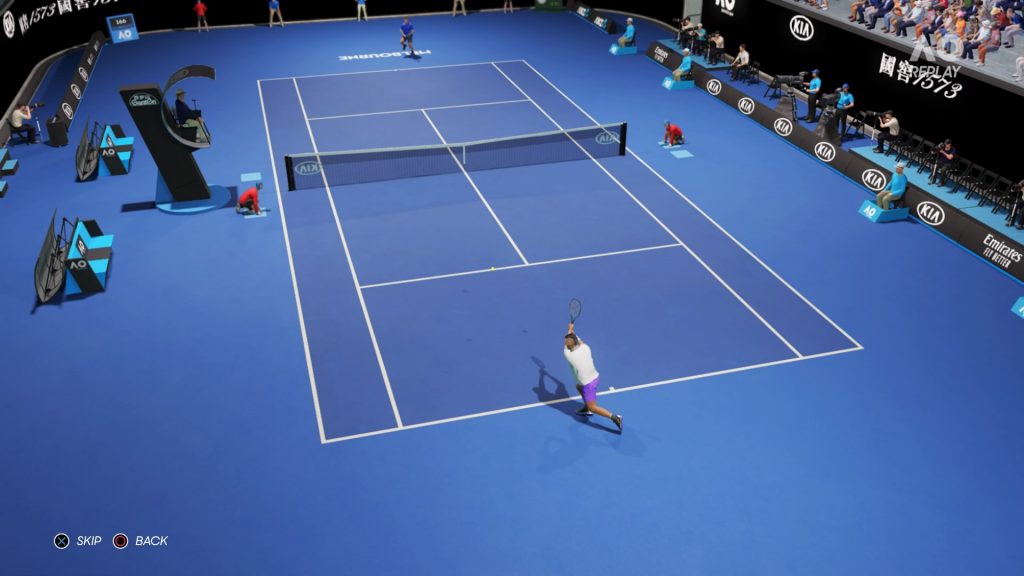 Other than that, you have 200+ unlicensed players that help bolster the game’s career mode. You can play the Australian Open as a standalone event but the real meat of the single player experience will be found in Career. Online is somewhat barren with just quick play being your only option. Here you can take a professional of your choice or a created character through the ranks of the tour.

You can manage your schedule, your budget and ultimately recreate the grind of life as a fledgeling pro. It’s relatively deep going so far as to scout doubles partners and weigh up whether playing in back-to-back tournaments is worth the energy, ranking points and prize money. You can opt to train to boost stats or rest and it’s nice that you can plan your calender out weeks and months in advance.

It’s here where the morality system has an actual consequence. After the occasional point, you can express some raw emotion on the court. It’s a binary choice where you can play nice and applaud your opponent or you can completely disrespect them. It’s a little daft but sponsors will take note of your actions. Being more sportsmanlike plays into the hands of some whilst the other route can cultivate a bratty image. I’ve only been Mr. Nice Guy so far but I’m curious to see if the flipside offers interesting benefits. 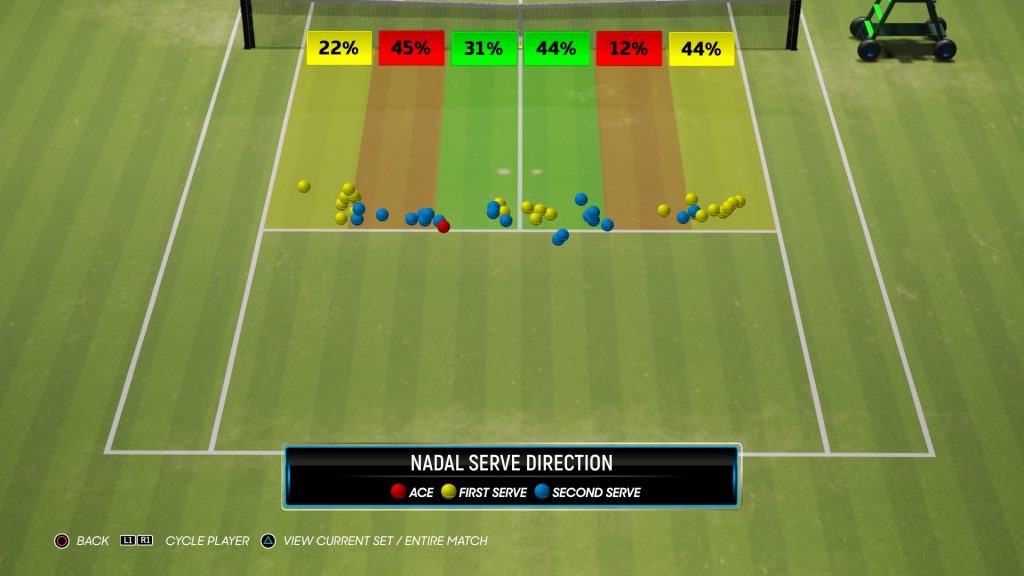 The mode is presented with a few cutscenes. The acting in them is a little wooden but you do get nice touches like seeing your wall fill up with photos and your cabinet fill with trophies. It helps display a nice sense of growth and progression as you rise up the ranks. The venues get bigger, the players become more recognisable and the stakes raise nicely.

Overall, AO Tennis 2 is a steady step forward. The automatic movement can misfire but not enough to make the game unplayable. The tennis here is smart and engaging and the creation tools help bolster the venues and player count. Presentation could be sharper and I wouldn’t mind the play being more fluid but this is still a decent effort.

AO Tennis 2
7 Overall
Pros
+ Plays a nice, tactical game of tennis.
+ Has a robust, lengthy career mode.
+ Player likenesses look great.
+ The edit suite is comprehensive.
+ The AI provides a real challenge.
Cons
- Very limited online options.
- The automated movement can sometimes stifle your momentum.
- Presentation looks a little slim and lacks polish.
- Load times are lengthy.
Summary
As a complete package, AO Tennis 2 builds on the first game quite well. The customisation allows for licensing to be circumvented whilst the on-court action is tactical, if a little clunky. It lacks a fluidity and the assisted movement can be unreliable, but there's definite steps taken in the right direction. Presentation lacks some punch but the career mode does offer plenty of reasons to come back. It's a fine effort, if a little compromised.