The Surge 2 came out just over three months ago and I enjoyed it. As with the first title Deck13 are supporting the sequel with DLC and the first has just arrived called The Kraken. Be aware that the DLC requires you to be at the latter stages of the game when the world changes after a certain boss in order to access it. Otherwise if your last save was at the beginning of NG+ (or NG++ as mine was) then you’ll have to play through a sizeable chunk of the game in order to experience this DLC. 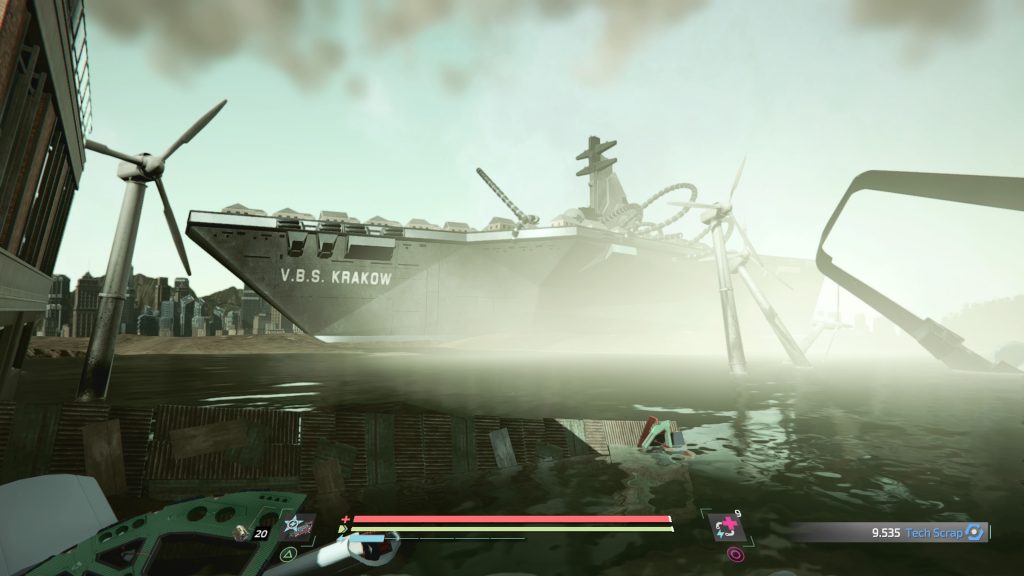 With the DLC installed you’ll get a radio message informing you about an aircraft carrier that has appeared off Port Nixon. A dingy waits to carry you to the new area where you’ll be greeted by a man cooking on a barbecue. Unexpectedly there is a quaint, retro inspired suburban town on top, but things, as is the norm for The Surge, have gone very wrong. The ship’s AI has gone haywire and only killer robots patrol the streets now with a giant red eye watching over you. With a little guidance you need to explore the aircraft carrier and stop the AI’s rampage.

As in the main game there is a little variety in the environments of this 3-ish hour DLC. As well as the wrecked town, below deck there are tunnels that are very reminiscent of the first game. These are mainly used for your shortcuts, but the town itself has a few different landmarks to break up the rows of houses. The enemy’s movements will be mostly familiar from the main game but their designs are new and there are some with unique actions which are welcome. 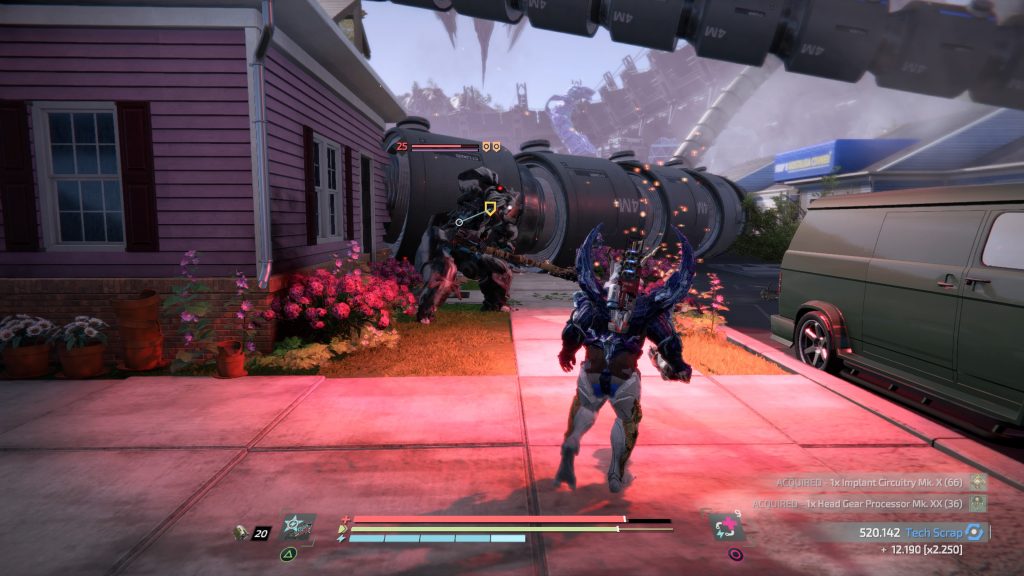 The gameplay is more of the same as you’d expect, with the fun combat carried over from the main game letting you attack, dodge, block, parry and dismember enemies for equipment. Obviously the new enemies provide new weapons and armour for you to rip from them and there are some new implants that you may want to work into your build. There are some new side quests and there are a couple of boss fights too, the first isn’t anything too special but the end boss is quite different from anything else in the game.

The Kraken DLC fits very well and feels like a part of the game, rather than something tacked on. It’s quite self contained but the characters you meet and enemies you face make it an enjoyable extension of the main game.

I should also mention that in the time since release The Surge 2 has been patched multiple times and it’s not the technical mess it was at launch. It’s not a technical showcase now or anything but it runs far better than it did, though textures being slow to load in and some screen tearing and slowdown do rear their heads every now and then, albeit rarely. Playing from the beginning to reach the DLC area, experimenting with new amours and weapons was a treat and the improved performance helped. 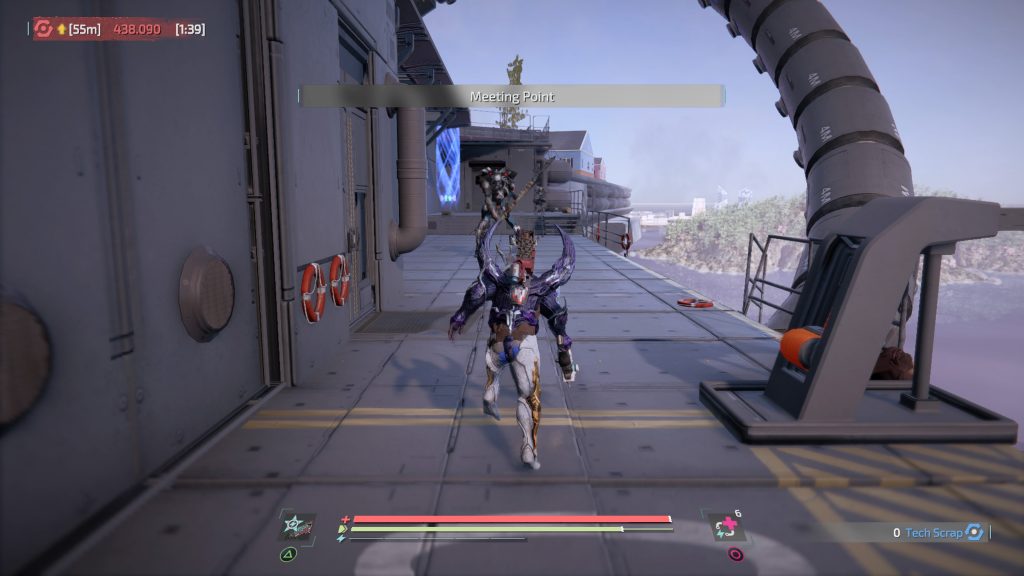 The Kraken is an enjoyable extra slice of The Surge 2. Much like the first game’s initial DLC it’s a good reason to go back and remind yourself that whilst not Dark Souls beaters these are good games in their own right with some original ideas. Hopefully the inevitable second DLC is more of this type of thing, rather than the run based, repetitive second DLC for the first game. I do imagine it’ll have a distinctive setting though, from their track record that seems to be guaranteed and I look forward to it.