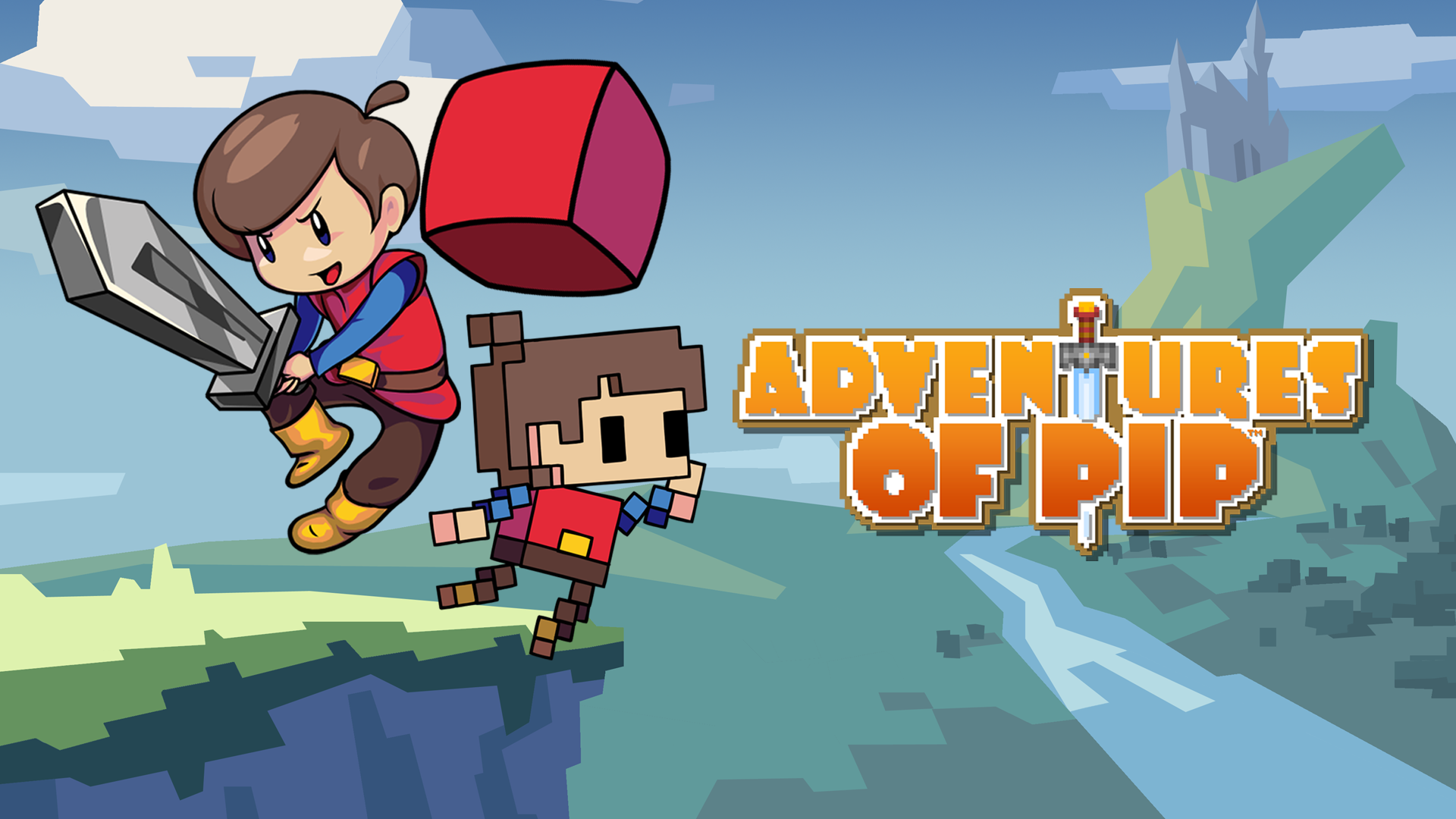 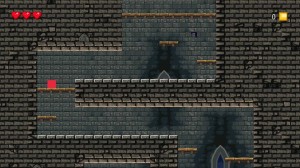 Nintendo have a lot to answer for. It seems that every other week there is some new downloadable only release which apes the 8-bit style, harking back to the glory days of easy to pick up gameplay, genuine challenges and the attractive blocky pixels that defined an eras art style.

This week we have Adventures of Pip, a retro revival 2D side scroller from Tic Toc Games. If you have ever played a nostalgic platformer then you know exactly what to expect. You run, you jump, you occasionally swing a sword, all in a bid to rescue your pixel princess. Adventures of Pip is as traditional as it is meta with constant jokes hinting to the very fact it is a throwback, usually with background characters providing constant puns about the fact that they are pixellated or brief, expected jokes about popular gaming phrases and tropes.

The major difference with Adventures of Pip is in the core mechanic. Pip starts off as a singular pixel, jumping around as a simple red brick. Shortly into the game you encounter an extra two different forms which bring Pip’s body into the different “bit” generations. Each of these bit types provide different abilities. Single bit Pip has the ability to glide when the jump button is held and he can also bounce higher on springs due to his added density. 8 bit Pip is a lot nippier and can jump up walls with ease and 16-bit Pip is the powerhouse with a sword that can slice through barricades and enemies. This is all very simple stuff and Pip has the ability to devolve at any time into 8 bit or a base pixel with certain enemy defeats allowing him to re evolve into the newer generations. This makes for some interesting play, particularly in jump puzzles when you find yourself switching between the different forms so you can earn some extra height or utilise a walljump to get yourself wall with ease. 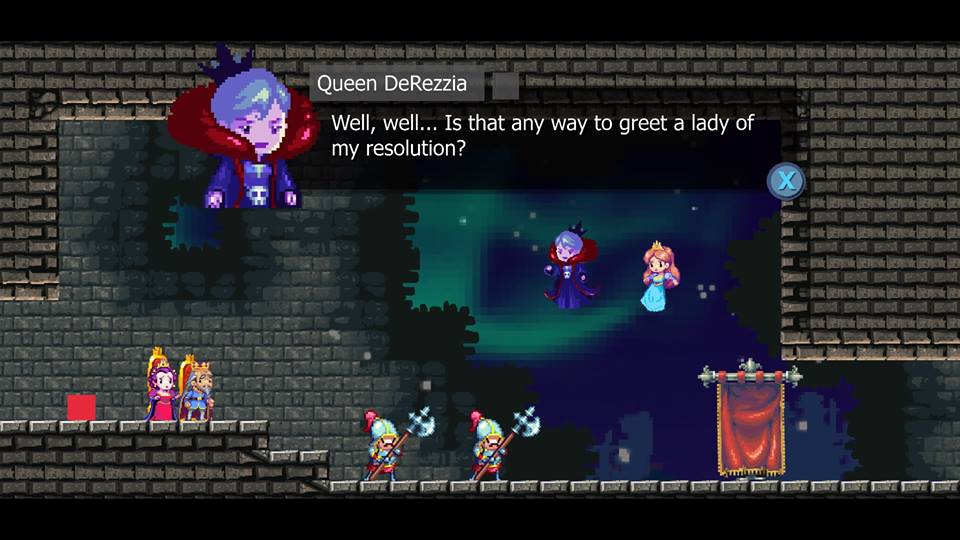 Level design is at its most important when making a retro inspired title and often goes for granted. Adventures of Pip is one of the safest that I have seen recently. Rather than pushing the envelope Tic Toc have decided to stick the the modern Nintendo platformer framework. Each level is essentially a linear puzzle, there is generally only one way to solve a situation bar some extra secret routes which lead you to a collectable in the form of a villager for the castle town or some extra pixel currency so you can buy upgrades down the line. Each series of levels is built up of one of five overarching themes, the first of which being the typical starting point of a forest. The themes for the levels are very nice to look at and provide some nice background detail but in the end this isn’t something we haven’t seen before. 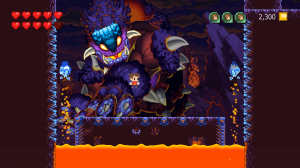 The main draw for me as I was playing was the soundtrack. The forest level for instance has sublime flute work while Pip powers on. It reminded me an awful lot of the first Rayman game which I always have praised for its soundtrack and overall musical design. It not only provides a pleasant backdrop to the overall game but as you delve deeper into darker areas the music gets suitably atmospheric. It is certainly refreshing to play a retro revival title without the normal chiptune stuff. Don’t get me wrong, I love the likes of a good chiptune soundtrack such as the likes of Necrodancer or Shovel Knight but all in all musical intsruments win out and Adventures of Pip illustrate this beautifully in this department.

Adventures of Pip
7 Overall
Pros
+ Nice visuals, the background in particular suit the retro aesthetic well. + The soundtrack is beautiful, one of the finest I have heard recently. + The bit shifting mechanic is fun to play with.
Cons
- It is too safe a formula for my liking, there could be more new ideas. - Ultimately this game is a bit of a throwaway, You will likely forget it after you play it.
Summary
Adventures of Pip is a good game although it is certainly not something that will turn heads. It is decidedly standard and there is nothing particularly wrong with that, it's just that there have been better examples recently. You may very well like this if you like a good retro style platformer with pleasant graphics and a great soundtrack. Tic Toc have a solid game here, I just hope that there is more innovation next time.