Aaero is a rhythm action game from two-man English dev crew Mad Fellows.  It was released elsewhere back in April but European gamers finally got the chance to pick it up earlier this month which led to it showing up on our radar and we’re glad it did.

Like many rhythm action titles, this is a game that sees you flying into the screen, attempting to follow a visual representation of the music with your joypad.  After Amplitude and Frequency popularised the genre over a decade ago, the likes of Guitar Hero and Rock Band buried it (we personally like to blame Guitar Hero: Aerosmith because we hate them but feel free to pick your own culprit).  Indeed, the malaise was so bad that when Amplitude came back in 2016 no one really cared. 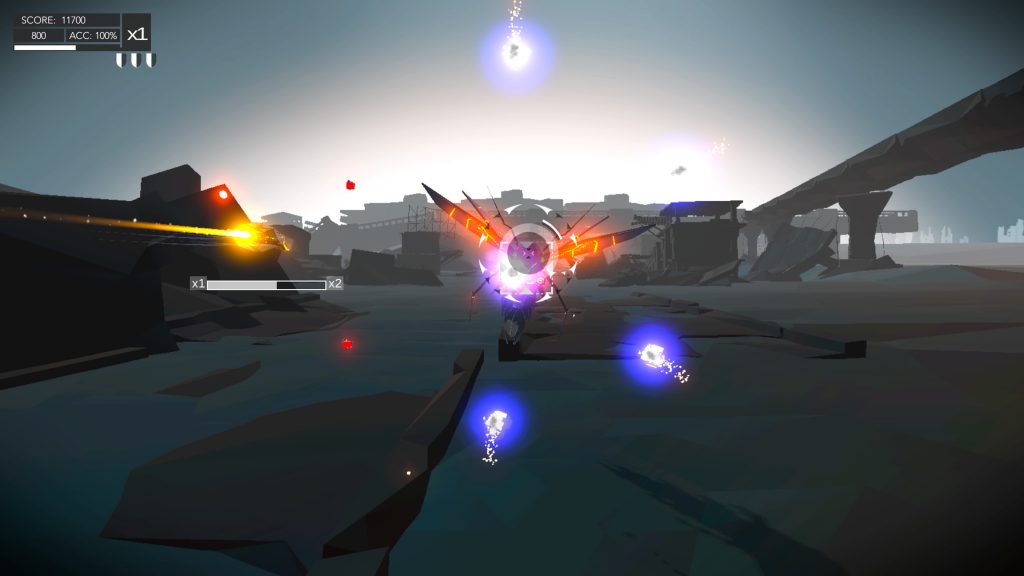 Well, Mad Fellows weren’t deterred and have brought us an example of the genre which seems pretty typical at first but it has a few things going for it.  Starting up the game will throw you straight into the tutorial which has you in a tunnel and following a line (or ribbon as the game likes to call it) that goes around the edge of it by circling the left analog stick.  Get through that and you get a further tutorial that teaches you how to lock onto and destroy enemies, kind of like Rez, using the right stick and the R2 button.

Most of the game’s stages are a mix of both styles of gameplay, sometimes at the same time.  And while initially it all seems pretty difficult to track along with the tune, you will get better.  However, the game will also get harder which probably takes this a notch beyond being for casual gamers but the difficulty curve is suitable for the amount of content you get (the fifteen stages the game offers don’t last all that long).  Expert players will enjoy the harder difficulty levels, or just mastering the normal one, and the online leaderboards will remind you just how human you are. 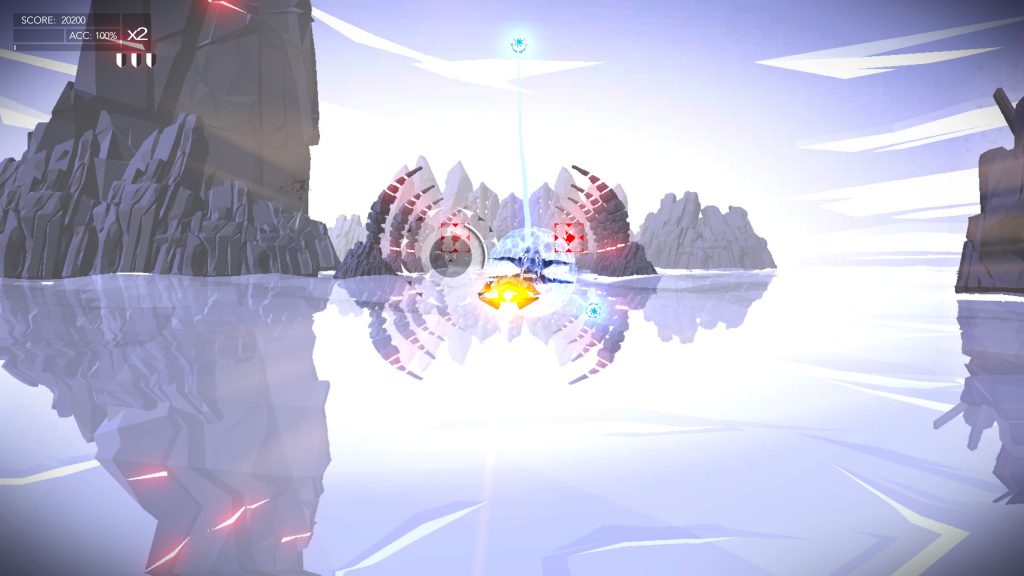 You will need to learn and practise the game’s later stages but we were glad to because Aaero is excellent.  The gameplay is simple at its core but requires skill and multitasking but without it relying too much on that awful two-stick thing that games like Brother, Semispheres and Entwined do.  What’s on offer here is manageable but challenging.

As you’d expect from a game of this type, the visuals are big, bold and colourful.  It’s not exactly Rez but its in the same ballpark and while the game can be a bit repetitive both visually and in terms of gameplay, it’s great to look at and punctuated by some memorable boss battle set pieces.  We can only hope that Mad Fellows received a PSVR unit for Christmas though as the game would be perfect for it.

Where the game shines the most is with its bombastic soundtrack.  I’m not a fan of dubstep but the devs clearly are and it works for this type of game.  For the most part you are following the bass and in this style of music you get plenty of that.  Big, buzzing, sweeping basslines that create patterns that are easy to stay near but hard to track perfectly.  Some songs have you following the vocals instead, but most of the time it’ll be the bass. 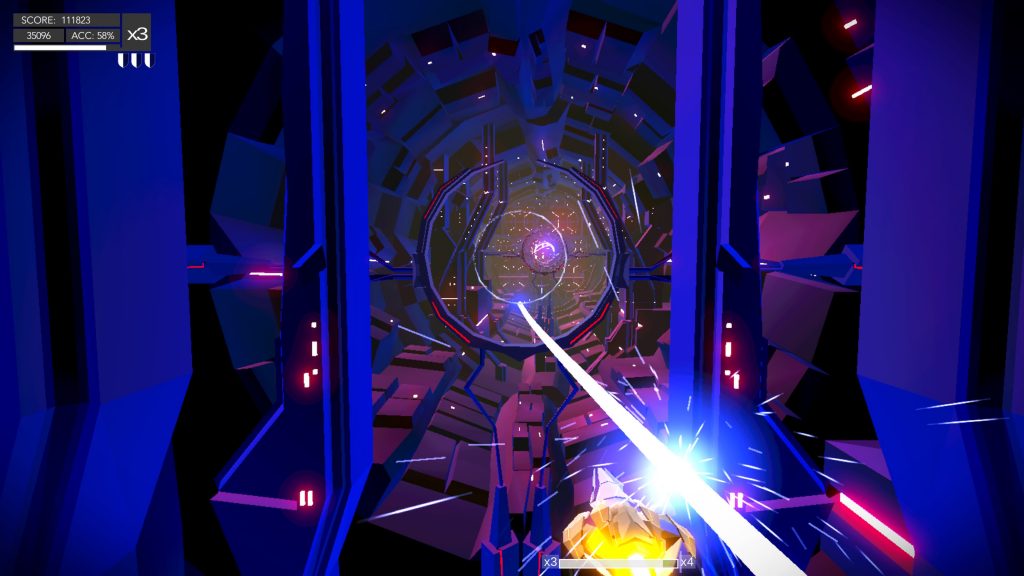 Each song on offer here is loud and intense and in the end I kind of liked the whole soundtrack.  Not in a ‘where do I buy this track?’ kind of way but in the context of the game the music works great and is enjoyable.  Sure, the wife’s like ‘why are you listening to dubstep?  Are you 17?’ but I’m too busy trying not to dislocate my thumbs on some of these levels to really care.

For £17.99 (I’d work out the Euro price but, y’know, Brexit) you get just about enough game here.  Content tourists who have a ‘one and done’ approach to their games might feel short-changed but if you’re ready to take on the challenge and replay this game’s stages to beef up your scores, then there’s definitely enough here to warrant the price tag and in the end Aaero reminds us why we used to enjoy this game genre so much.

Aaero
8 Overall
Pros
+ Well-balanced gameplay
+ Smart visuals
+ Excellent soundtrack
+ Plenty of leaderboard action to be had
Cons
- Might be a bit tricky for some
- Not much variation (in gameplay, visuals or music)
Summary
Aaero is the mixture of Amplitude, Rez and Gitaroo Man that we never realised we wanted. Taxing gameplay, bold visuals and a bombastic soundtrack combine to make this the best rhythm action title in years.