A Musical Story is a rhythm-action game from French coders, Glee Cheese.  With its focus on firmly on its emotive story, this isn’t like other games in the genre although you could make parallels with Parappa The Rapper but only if Parappa was an acid-fueled Jimi Hendrix clone and the music was less about rapping about getting into toilets and was instead full of The Cure-esque melancholy and sadness.

The game’s story focuses on a 1970s three piece band.  You’ve got a fat drummer, a long-haired hippy keyboard player and a guitarist very much styled on Jimi Hendrix (albeit right-handed).  They jam together and play local club shows but they aren’t very successful, which is emphasised when we see the guitar player in his day job, sticking labels onto cans of beans in a factory. 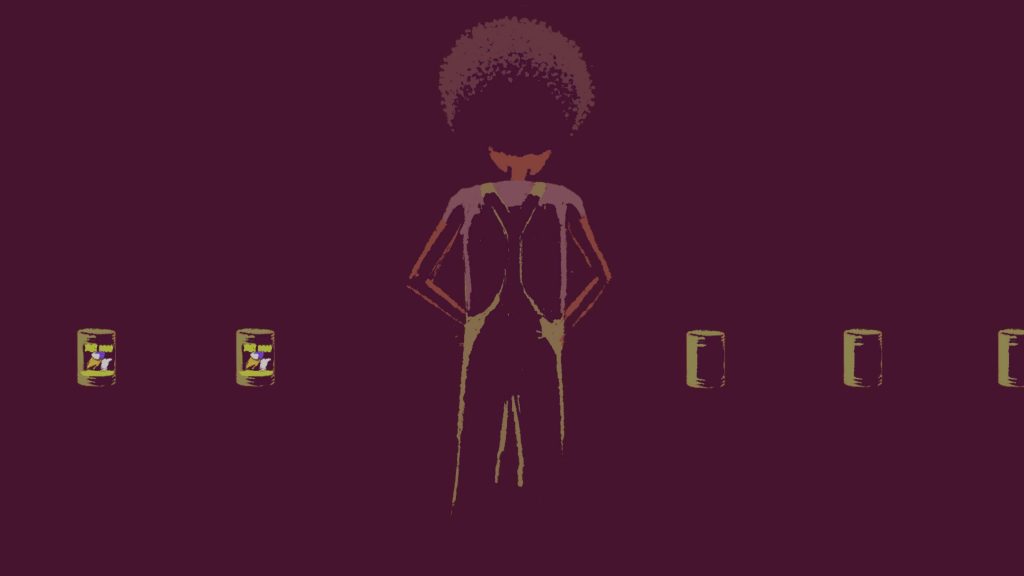 So they decide to travel out to the East Coast to the fictional town of Pinewood where there’s the opportunity to play a big show and the majority of the game is focused on their journey.  With no words uttered, this game relies on imagery to tell its story and we’re not looking to spoil any of that here although the game does open with the guitarist in hospital, so you get the impression that some tragedy befalls them.

Each chapter of the story (and they do call them chapters here) is played out as a series of rhythm-action challenges.  You’ll get a little bit of story, presented in a circle and you’ll hear something added to the music, such as a beat, bassline, guitar part or keyboard section.  Then they’ll show you the pattern you’ll be replicating with your dual shock and then, on the next loop, you’ll have to play it. 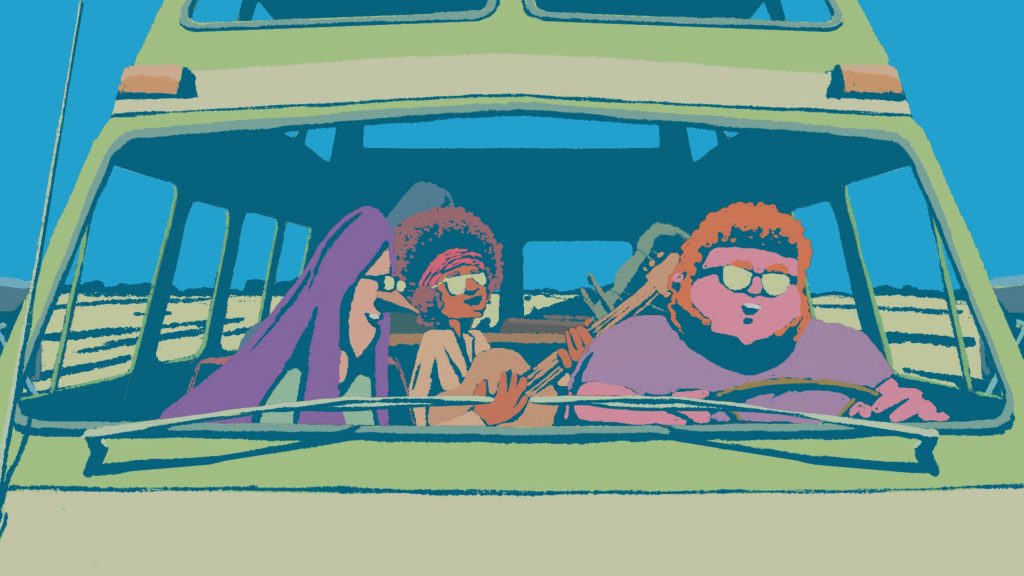 The controls here are simple and intuitive.  You control the action with the shoulder buttons only.

represents snares and higher notes.  Chords generally require that you hit both together, while sustained notes are played by holding the button for a few extra seconds.  It certainly links very nicely with the music.

Initially the challenge isn’t really there.  At least if you have any innate sense of timing.  You’re not going to get your fingers tied up in knots like you would in something like Rock Band Blitz or even the Parappa games.  Instead, it all feels quite fair and surprisingly forgiving.  Eventually the game does up the difficulty a bit though with plenty of syncopation (playing off the beat) and some faster, more complex sections to navigate. 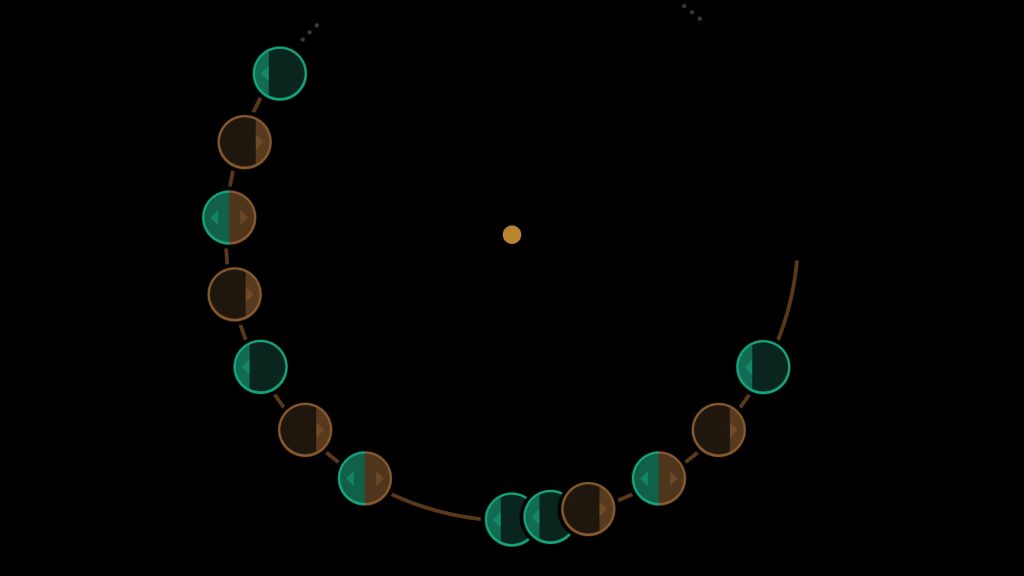 Each of these sections represents four bars of the music and if you fail one, that’s fine.  The game will just keep looping until you make it.  It wasn’t until half way through that we started having to do that but by the end we were failing many sections at least once.  It’s not difficult though, it’s just that the music can get very odd and so you need to really absorb some of those musical phrases in order to be able to understand their timing.  We completed the game in just one session though, and that was just a couple of hours.  So this isn’t some nightmarish ‘Through The Fire and The Flames on Expert’ sort of nonsense.

All told, the gameplay is decent.  It would get very samey but the game doesn’t overstay its welcome, so we’re not going to criticise it for that.  So then it really just comes down to the music and the story.  In terms of the former, the music is actually pretty good.  It goes from ’70s funk to weird prog rock but with some really nice acoustic stuff inbetween.  The complexity of the beats is necessary to keep the gameplay interesting but the music incorporates that without ever becoming some sort of unlistenable Mars Volta musical masturbation.  A Musical Story is much more subtle about it.  Just interesting enough while carrying the heart and emotion that the story needs. 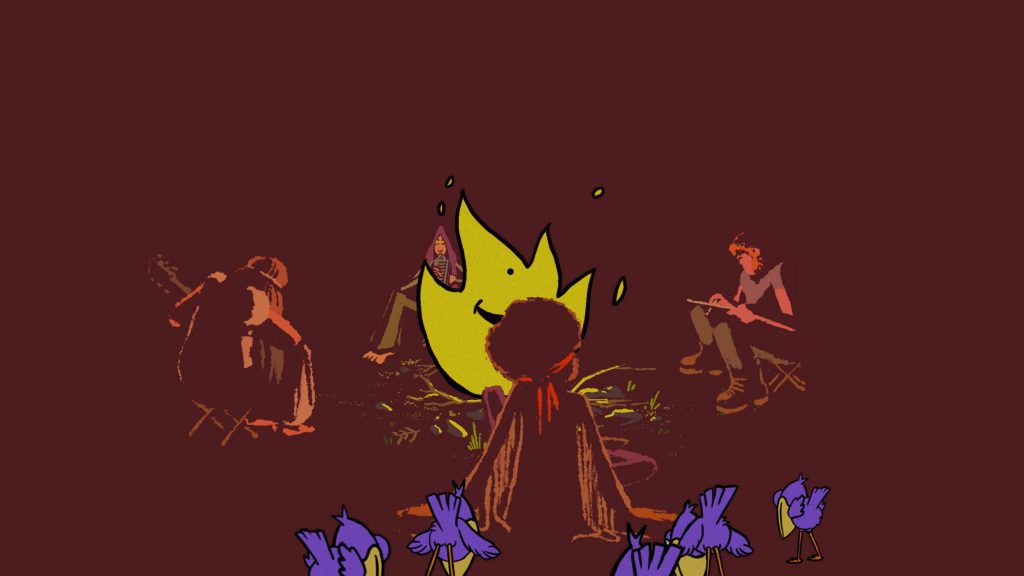 The story is okay.  The tale itself is reasonably engaging but it gets very flabby around the middle when things start going wrong.  There’s a whole section with crows that seemed to go on forever while offering basically nothing.  Also, while the image-only storytelling works well most of the time, there’s a whole bit where it isn’t very clear and breaks down a bit.  You get the overall gist, but it’s not certain what is driving the story at those points.

The game is presented in a very stylised fashion with a fairly basic graphic style that only works because of the talent of the artist using it.  It’s very low in detail, looking a bit 16-bit and the animation is very simplistic but it all combines to give the game a fairly unique feel that works nicely.  We definitely felt the emotion of the story (although we’re not all that sympathetic to the plight of the main character, the guitarist, as a lot of it is brought on himself) and that’s thanks to visuals and definitely the music.  That said, a lot of the time the animated visuals don’t match the music which is a shame (especially as sometimes it does, which makes it more jarring when it doesn’t). 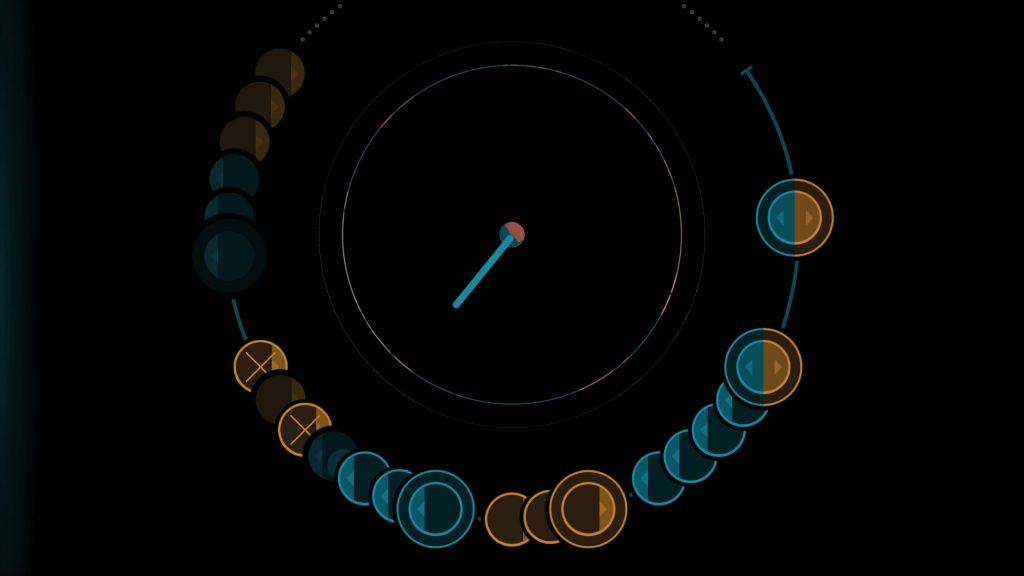 Overall, this is a nice game that doesn’t do anything too novel but offers its own spin on the rhythm-action genre and benefits greatly from some well thought-out musical choices.  It would suffer if it lasted any longer than its 2-3 hour run-time but thankfully this whole package is thoughtfully considered right down to the difficulty (which adapts if you’re struggling) and how much of it you actually would want to play.

A Musical Story is probably one for musicians more than it is for hardcore rhythm-action fans, as it tells a cautionary tale that anyone who has been in the van can relate to but beyond that it’s just a good game.

A Musical Story
7 Overall
Pros
+ Good music
+ The story is pitched well
+ Intuitive controls
+ Good difficulty curve to the gameplay
Cons
- Might only appeal to certain gamers
- The moody atmosphere can get a bit oppressive
- Story gets a bit flabby halfway through
Summary
A Musical Story mixes the whole 'indie game about feelings' thing with some good, intuitive rhythm-action gameplay and a surprisingly good soundtrack. It might not appeal to the hardcore rhythm-action fans out there but it has enough heart to find itself an audience that won't forget it in a hurry.