Of all the topics to base a game on a gaming podcast maybe isn’t the first which springs to mind.  Oddly though this is just what 99Vidas has done and the resultant game is a side scrolling beat ‘em up.  These kind of games were all the rage in the late 80s with stuff like Streets of Rage, Double Dragon and Golden Axe all being huge releases.  99Vidas faithfully recreates this style so well that it could be a missing game from this era.

The game sees you on a mission to ensure the ancient artefact called 99Vidas doesn’t end up in the bad guys hands.  There is no need for further plot details here as the game is firmly in the arcade camp of more action and less story. You get to choose from a range of characters that all look and act pretty similar. What does make these characters stand apart though is their elemental affinities as each character can unleash a special attack themed around a specific element.  It is a nice addition to the game which does make each character feel a bit different, even though you are resolutely still doing the same punch and kick combos regardless. 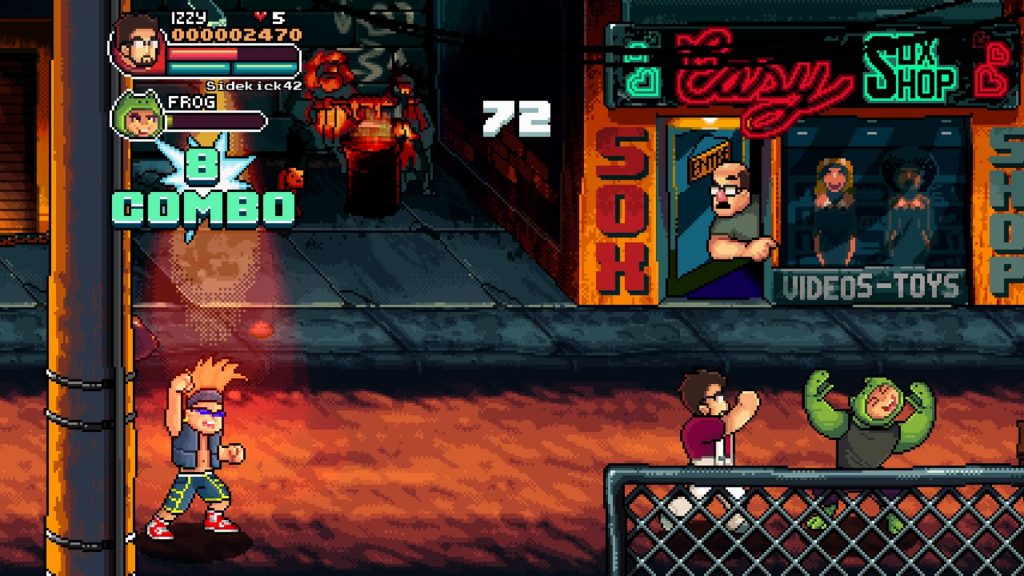 Graphically things look like what I remember arcade games to look like.  Big bold sprites with decent colouring and some really nice animation touches.  It has a wonderful Brazilian feel to it which certainly gives it it’s own identity. The cast of characters you’ll encounter are also vividly realised with some great characterisation throughout, particularly in the bosses who are larger than life and full of fun. There is also some decent music going on with some rather memorable retro inspired tunes. This is pretty much where all the good things end though.

Disappointingly  playing 99Vidas is an oddly unsatisfying experience.  The combat is perfunctory with only limited combos, the size of the levels are a little too large and the difficulty is punishing, none more so than in the boss battles. Enemies have a tendency to  wander off screen and attack  you from a distance, many levels have environmental obstacles which really limits your ability to control the screen and the enemies can easily chain stagger you to whittle down your health surprisingly quickly. Annoyingly the speaker in the DualShock 4 gets a good work out with some gratingly loud speech samples whenever you pick items up or do dash attacks.  This can’t be turned off and actually put me off doing dash attacks it annoyed me so much. 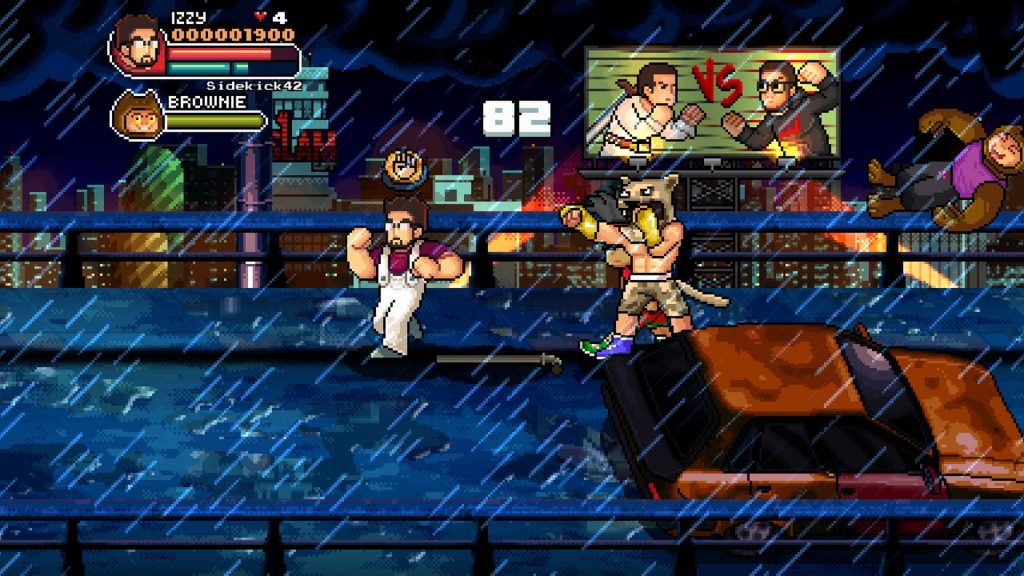 In many ways these are all issues inherent in this scrolling beat ‘em up genre and 99Vidas does alleviate these issues somewhat with an upgrade system. These upgrades are available after each level and allow access to more powerful moves. While these upgrades never really make the combat satisfying, they do make it easier to control the crowds. There is also a comprehensive range of characters to unlock and play as, but as I’ve said above these all control basically the same.  As a single player experience 99Vidas does wear thin pretty quickly.

Luckily it has multiplayer with both couch and online offerings.  As with many indie games nowadays the player base isn’t that big, so if you want to play this online you’ll need to rope in your friends to do this. Aside from the co-op multiplayer there is also a versus mode and a survival mode which add a bit of variety to the package.

I’ve sort of enjoyed my time with 99Vidas but can’t see myself going back to it. It is clearly a labour of love for the developers and this is apparent in the subject matter and some of the quirky secrets hidden in the game. I also feel this will struggle to stand out from Double Dragon 4 which does the side scrolling beat ’em up equally as well and also has a more recognisable name to attract a player base. 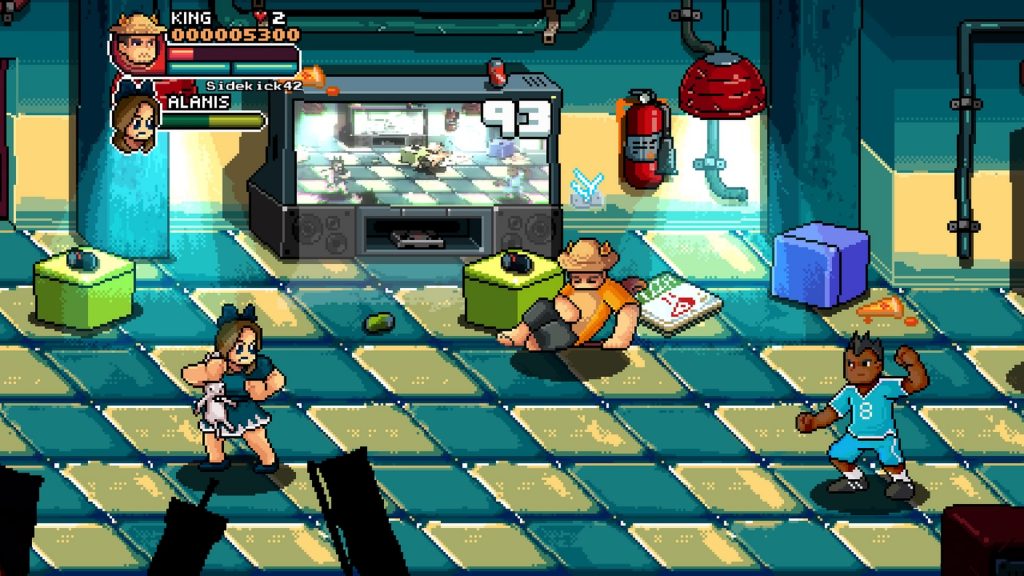 99Vidas appeals to a very specific market and manages to accurately recreate the scrolling beat ‘em ups of yesteryear, both positive and negative.  If you have fond memories of these kinds of games this will fill a space for you, but wont necessarily leave you satisfied.  I really like the games style and overall sense of fun, but in aping the games of the past it has failed to offer an enjoyable modern experience.

99Vidas
6 Overall
Pros
+ Distinctive art style.
+ Enjoyable upgrading mechanic.
+ Lots of characters to unlock.
Cons
- Repetitive and simple combat.
- High difficulty bar, particularly the bosses.
- Single player is quickly boring.
Summary
99Vidas appeals to a very specific market and manages to accurately recreate the scrolling beat ‘em ups of yesteryear, both positive and negative. If you have fond memories of these kinds of games this will fill a space for you, but wont necessarily leave you satisfied. I really like the games style and overall sense of fun, but in aping the games of the past it has failed to offer an enjoyable modern experience