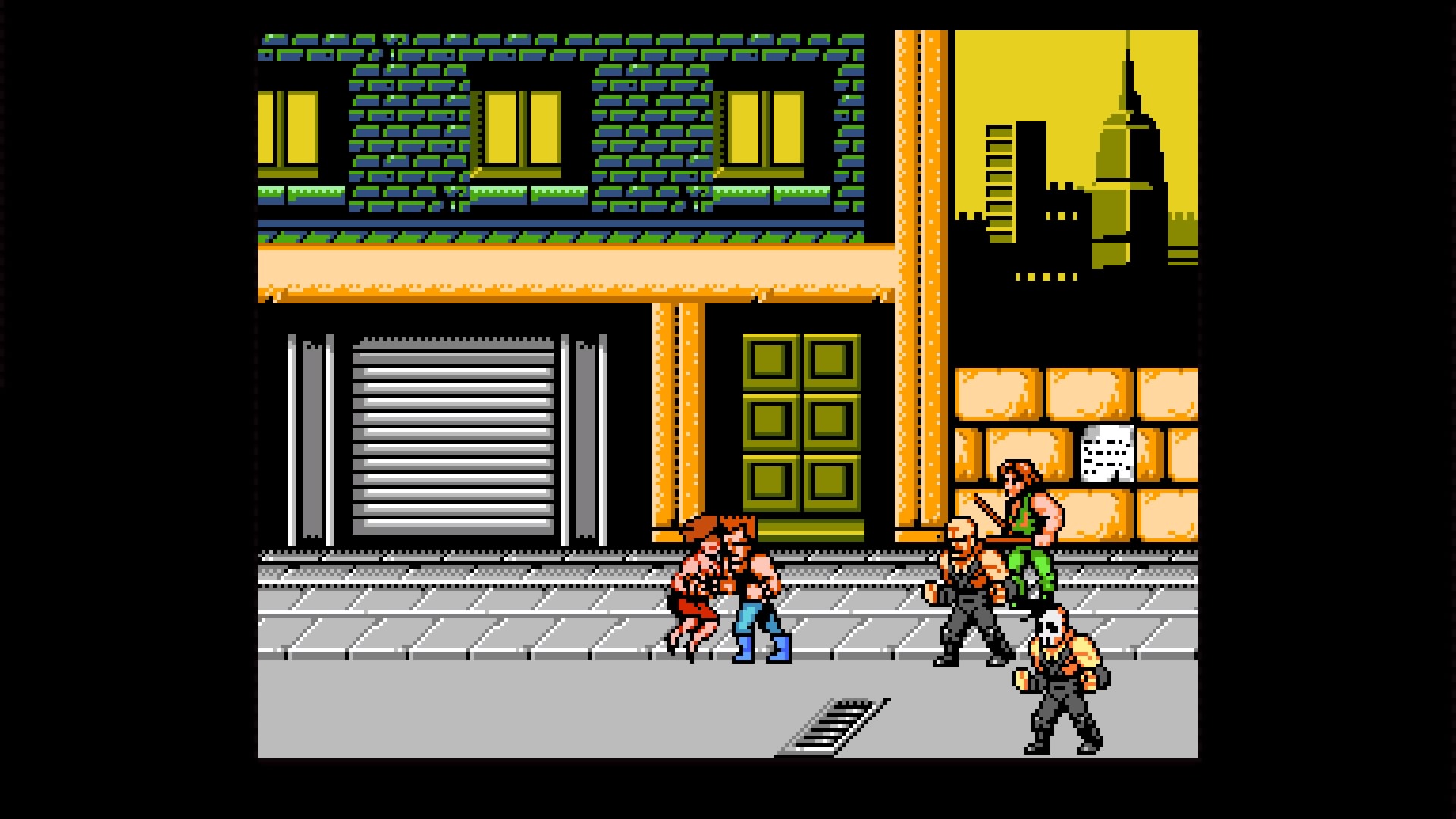 Ah, a new Double Dragon with a new company at the helm. Arc Designworks now have their hands on the Technos licenses and, with that comes great expectations from a fervent fanbase. It’s a tough road to tread but the latest adventure of Billy and Jimmy Lee comes from a very specific place in time. 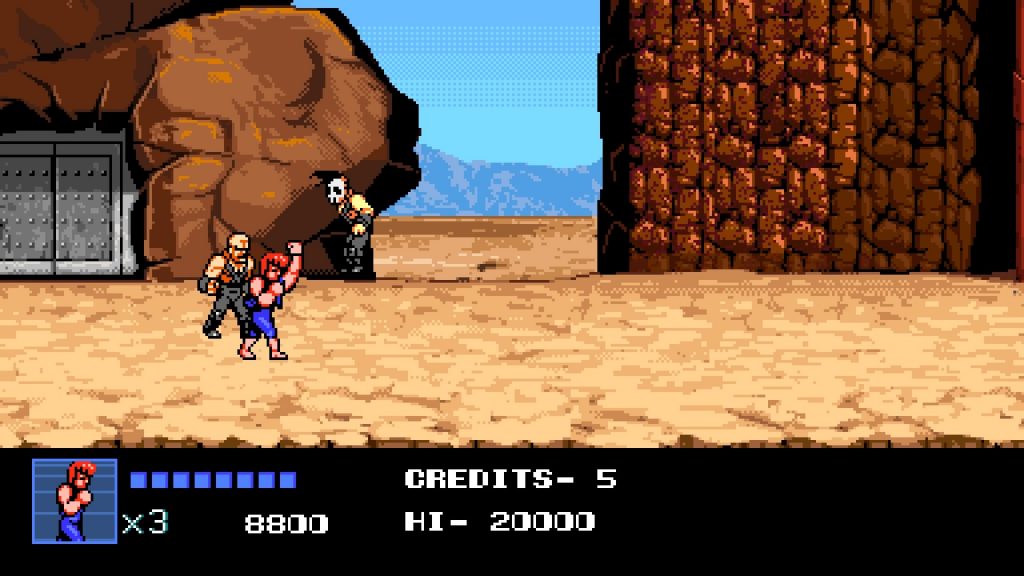 Anyone expecting something similar to Double Dragon Neon can cast their heart aside. Whilst Arc’s capable of creating some excellent 2D artwork, they’ve settled for a faithful replica of the NES ports. With that look comes an association with the spotty quality of the NES trilogy, as well as a limited palate which could undermine the rest of the product. That’s a hard problem to overcome and I’ve seen the reaction to this game become lukewarm at best.

Make no mistake, this game is retro to a fault. The platforming elements and cheap enemy tactics of the past remain. Groups will descend upon you and combo away. You do have strong counter-moves which are necessary to alleviate this. It can be frustrating to find your life melted away whilst being cornered. Enemies will track you at the top of ladders, leading to some cheap hits. These genre problems have always existed but, with the strict intentions of Arc’s retro design, they’re here to stay for the duration. Background music offers a strong score with retro variants also available. Sadly the sound effects adhere to the visuals with a low-fi assortment of beeps. 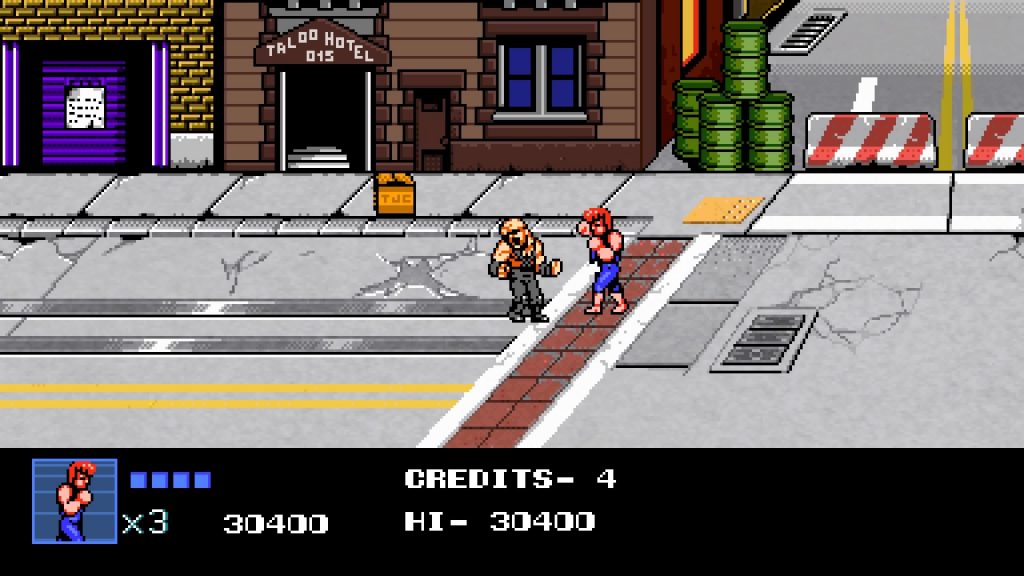 In spite of this, I still find it engrossing to punch and kick your way through missions. Basic enemies go down in a few hits and there’s plenty of combo opportunities for you to explore. Your moveset seems appropriately diverse with basic punches mixed with headbutts, back elbows and roundhouse kicks. I found myself reverting to a favoured couple but keeping enemies pinned down and controlling a mob feels fantastic. At times, it feels a little too easy. On my first playthrough I found my way to mission eight before I ran out of lives and continues. There’s dozens of enemies thrown at you during the campaign but there’s barely a handful that offer any real danger.

For a game so committed to showing you the past, a level select does provide the game’s one modern convenience. You can return to the story at your last beaten mission so, if you’re not up to starting from scratch, you can persist from a later point with a full compliment of lives. Missions are predictably short with a good variety of locales showcased. You’ll spend the majority of your time clearing screens and then moving on with a couple of puzzle elements and platforming segments playing their part. The latter can provide frustration. Jumping can be a little inconsistent but the hazards themselves move predictably. You might lose a few lives til you figure it out. They’re brief enough for me not to take umbrage with them. 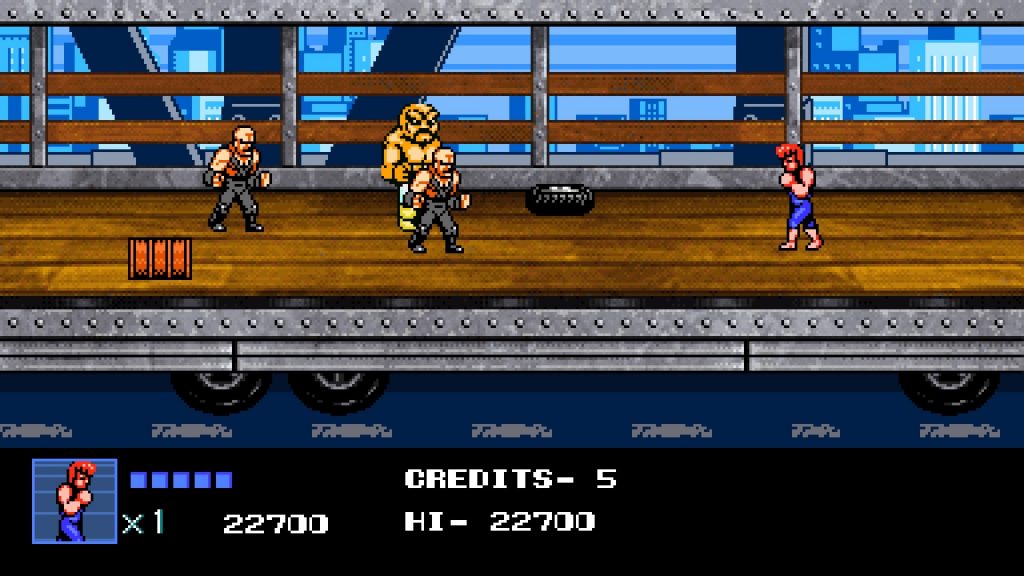 The story itself is over inside the hour with unlocks being unleashed regularly after each stage’s conclusion. Completion of this opens up the Tower which, as you’d expect is an increasingly difficult gauntlet of many floors. Progression here this unlocks enemy fighters to play as during the story mode. This, along with the opportunity to play as them in Duel mode, adds some length to an otherwise lean package. Duel and Co-op modes are unfortunately offline only, although this can be circumvented with Shareplay. I would’ve preferred a dedicated online option rather than a workaround but I’ve enjoyed this as a solitary jaunt. Friendly fire can be turned on, too.

That’s not to say some unintended issues don’t crop up. The Playstation 4 provides probably the best experience of Double Dragon IV but it can’t escape the bordering problems which result in enemies being catapulted off screen and out of your reach. They’ll still be active and can cheaply damage you from beyond the limits of your view. It’s a shame that wasn’t tighter. 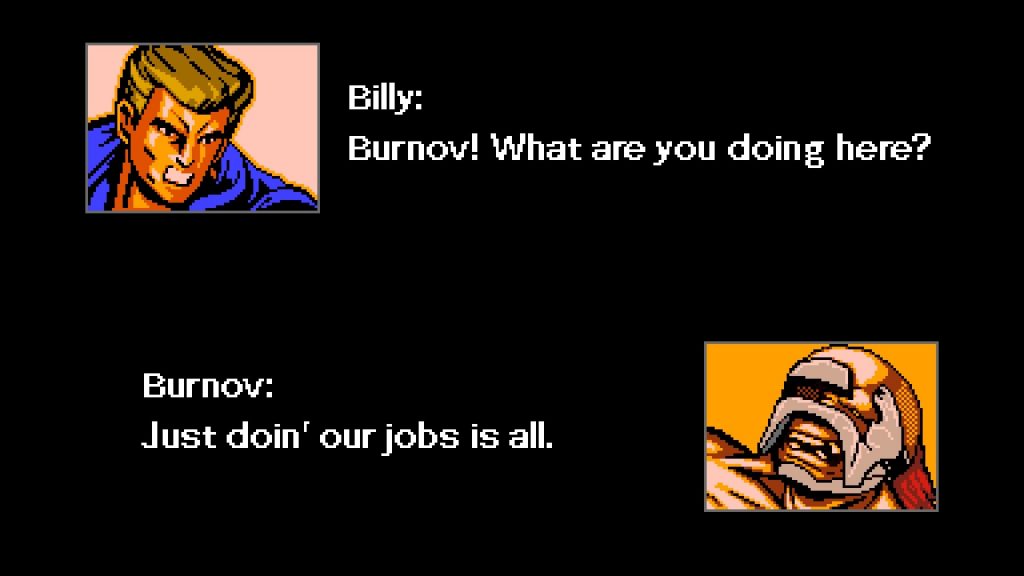 It’s easy to see why this game divides opinion. Arc’s went for a specific style and lacked a little bravery instead of trying something bold and progressive. I can’t really blame them with Double Dragon being a much-ported and often struggling series. What’s been delivered is a throwback, warts and all. The base combat is enjoyable, if a little unrefined with a competent soundtrack and enough extras to possibly justify £10’s worth.

Double Dragon IV
6 Overall
Pros
+ Enjoyable, mashy combat.
+ Solid soundtrack.
+ Extra modes add reason to replay it.
Cons
- A throwback, for better and worse.
- Hit detection is occasionally spotty.
- The restrictive art direction.
Summary
As a positive, cautious first step with a beloved series, Double Dragon IV provides an enjoyable combat experience. The chosen art style undermines the game's quality somewhat and the retro principles can lead to moments of frustration but I think this is worth your time. It's unrefined and lacks bravery but it's not bad.