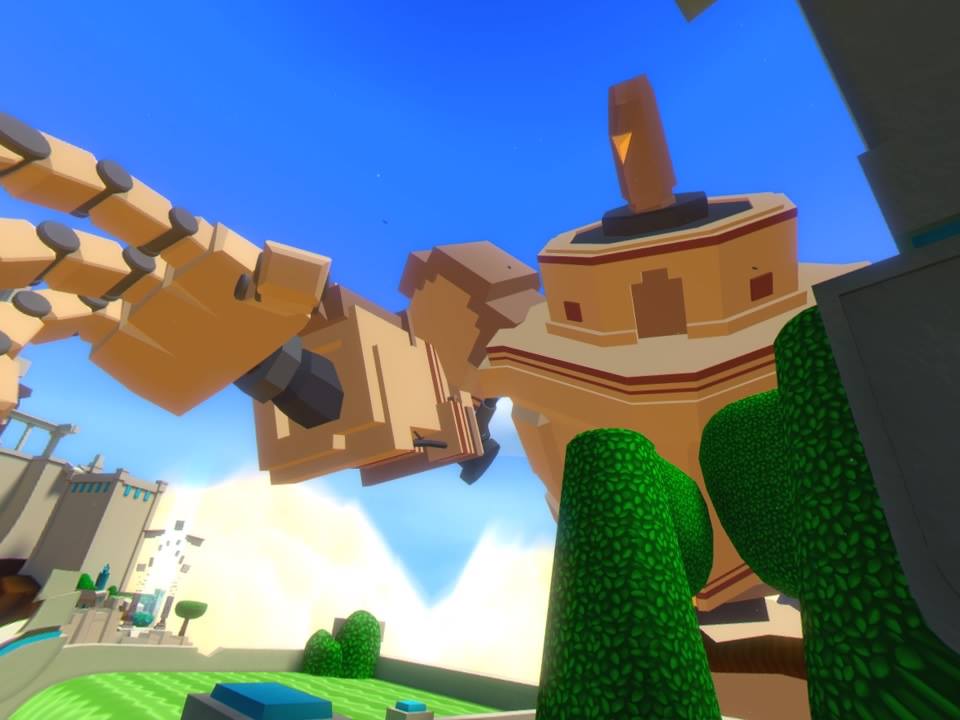 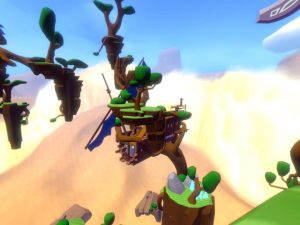 Ever since the grossly underrated Bionic Commando reboot came out on Xbox 360 and PS3 I have been longing for a game in which you can actively swing around. Many would credit Spiderman 2 with this honour thanks to its relatively free form webslinging mechanic. However there was something to say with how Bionic Commando handled things, It felt more puzzle like as you had to work your way to the next goal and pick your path carefully. This was a stark contrast to the Spiderman 2 example which saw you in the open world where you could essentially fumble your way to where you wanted to be.

Windlands is a bit of an amalgamation between the two aforementioned games. It combines the puzzle like elements of Bionic Commando with the open world nature of Spiderman 2. But rather than the sprawling cityscapes of these games you are instead greeted with a vast jungle of floating islands above a desolate desert landscape below you. Story is present however this is pretty much brushed aside for a pure gameplay experience that gives you the option of exploration at your leisure or setting yourself goals to fling yourself toward.

You are given grappling hooks after practising your basic jumping skills in a short tutorial. Depending on which difficulty setting you select at the beginning these can either latch on to any surface or green shrubberies dotted around the world of Windlands. The ability to latch anywhere makes things very easy as you can essentially baby your way up the side of the floating platforms with impunity, however it does give you a far more forgiving experience if you find normal mode and above to be a bit harsh. If you brave the higher difficulties however you do get to enjoy the more puzzling elements of traversal which makes things far more interesting. 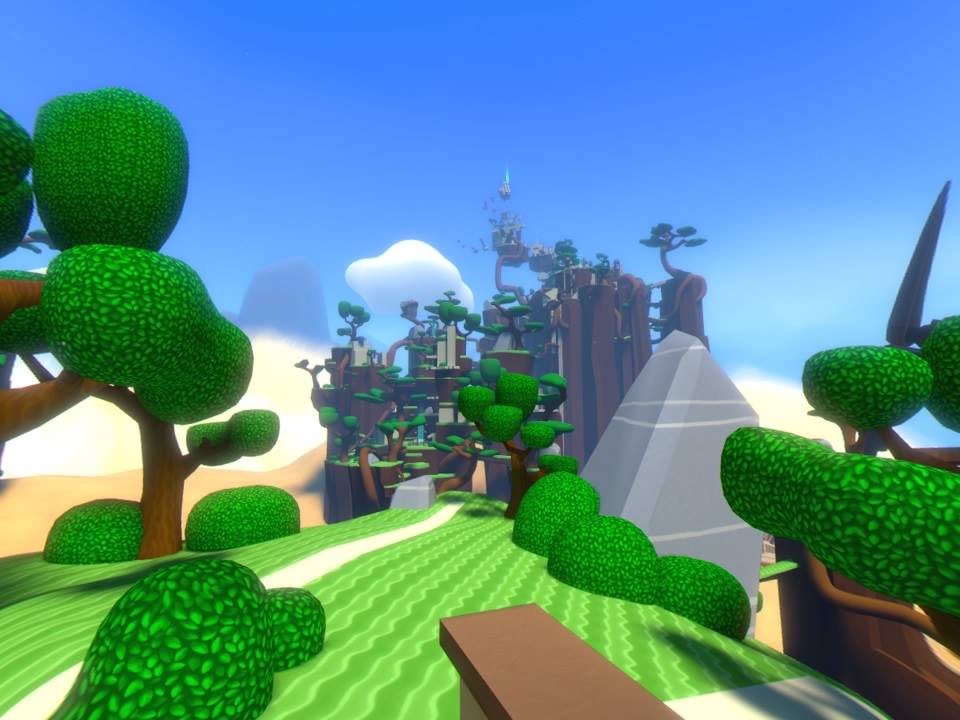 The movement in Windlands is as thrilling as it is jarring at times. Because this is what the game describes as “a full locomotive VR experience” it can often lead to discomfort. Especially in the early stages. There are elements of the game that takes this into account and when you first start it up you will be greeted with comfort settings that can be tailored to the players abilities. These include a shutter-like turning system which is akin to Here They Lie. This blinking movement is designed to ease off the speed of turning as things can move quite fast however if you can manage the full speed then I would recommend that instead. Alternatively you can also set turning to the headset if you wish, however again I found this somewhat unnatural, especially when whipping my head around to find a new shrubbery. The game is essentially an introduction of the kind of games that people think they want for VR but shows in a lot of ways why Call of Duty or Battlefield won’t work for most. When you are sitting down but your viewpoint is that of someone who is running around on foot there is a noticeable disconnect and this will be too much for some to handle. 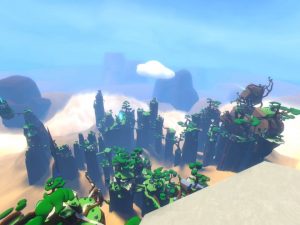 In regards to looks, Windlands holds up considerably well despite its basic appearance. Simplicity is key here and it lends itself well to keeping everything clear and easy to spot. It won’t win any rewards in the textures department but this is not what the game is about. Getting to the top of a large floating island in the sky and looking down gives you a fantastic, vertigo inducing view of the landscape you have conquered. You can also see the various points of interest around the world which appear as beams of light coming from the natural twisting trees and the stone structures, letting you know there is always somewhere to go. This is by far the highlight of Windlands and is a fantastic way to make you keep wanting more.

Windlands
7 Overall
Pros
+ When you reach to the top of a highpoint and see that view + When you manage to pull off a succession of swings + If you can handle the movement it is incredibly satisfying to puzzle your way through the world
Cons
- The motion sickness worries may be too much for some - Checkpoints in the world can be just that little bit too far between - Not a game for people with a fear of heights
Summary
Windlands breaks a lot of rules in regards to early days VR movement but it holds up well and lends its way to a fun and engaging experience. This will make for a good test of your stomach if you want to try a more physical game for your new headset.