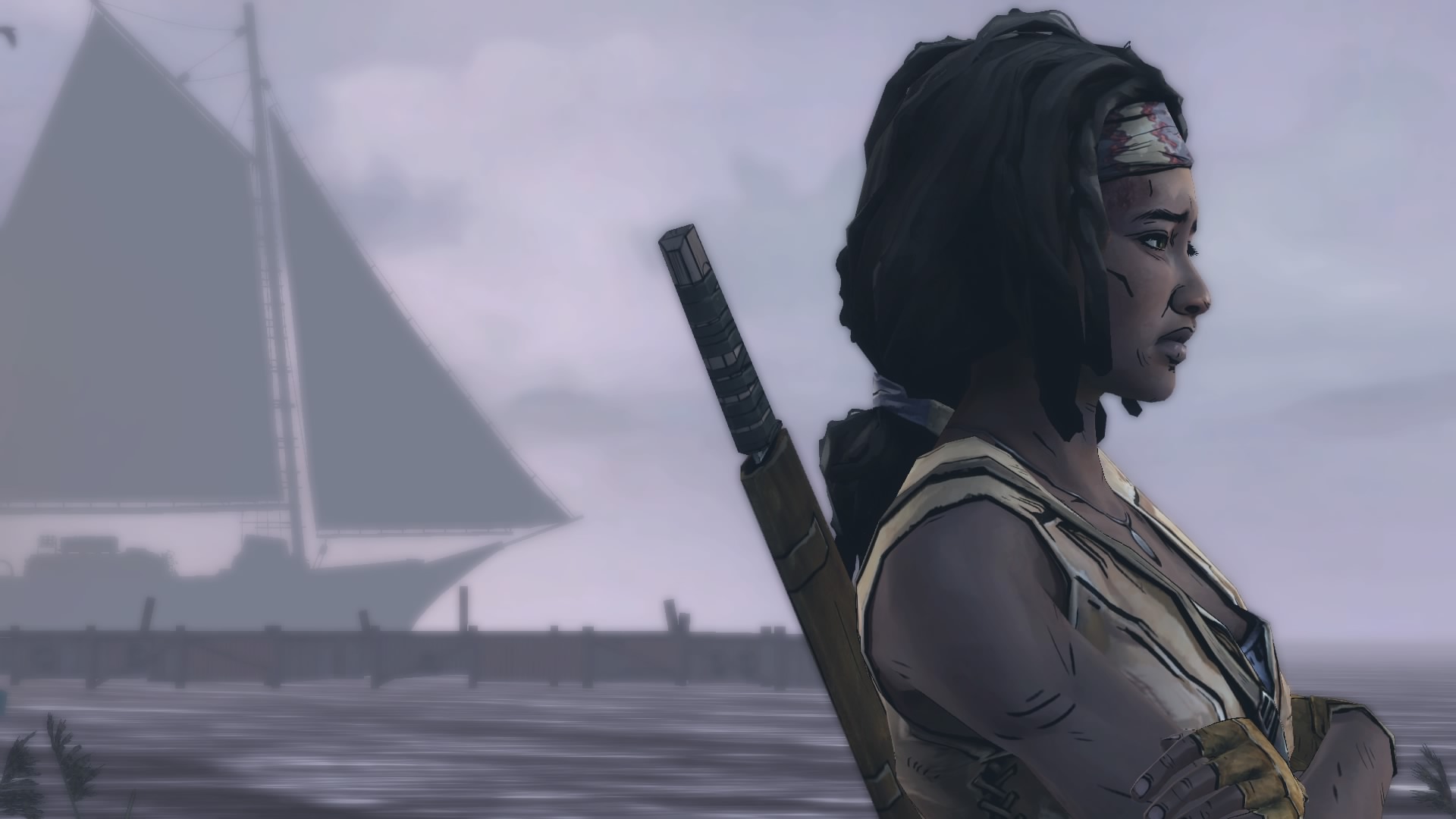 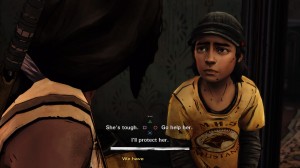 And so the end has come, the final part in the rather brilliant The Walking Dead: Michonne miniseries.  My reviews of episode 1 and 2 ( here and here) have praised the story and the urgency of the action.  It’s time now to find if this final instalment lives up to the high standards of the earlier instalments.

Picking up directly from the events of the last episode What We Deserve takes a darker and more introspective approach than the early episodes.  Finding yourself dealing with the fallout from your earlier decisions, this episode starts in a reflective and sombre mood.  Gone is the urgency of movement, of running away or searching for something and in its place is a feeling of a siege mentality.  The decisions you take during this game feel like they carry more weight, and affect the whole group to an extent not explored before.  This is narrative gameplay at its absolute best.

There is arguably less action in this episode, with the bulk of the game playing out through conversations.   There is also a much bigger emphasis on exploring the back story behind Michonne which really worked to give me an emotional touchstone for the character.  One of my bigger gripes with the earlier episodes was the fact Michonne already had a backstory which I wasn’t aware of.  What this episode did was allow me to connect with Michonne on a genuine level, by the end of this episode I was emotionally invested in her character.  I was in pieces when the final decisions had to be made. 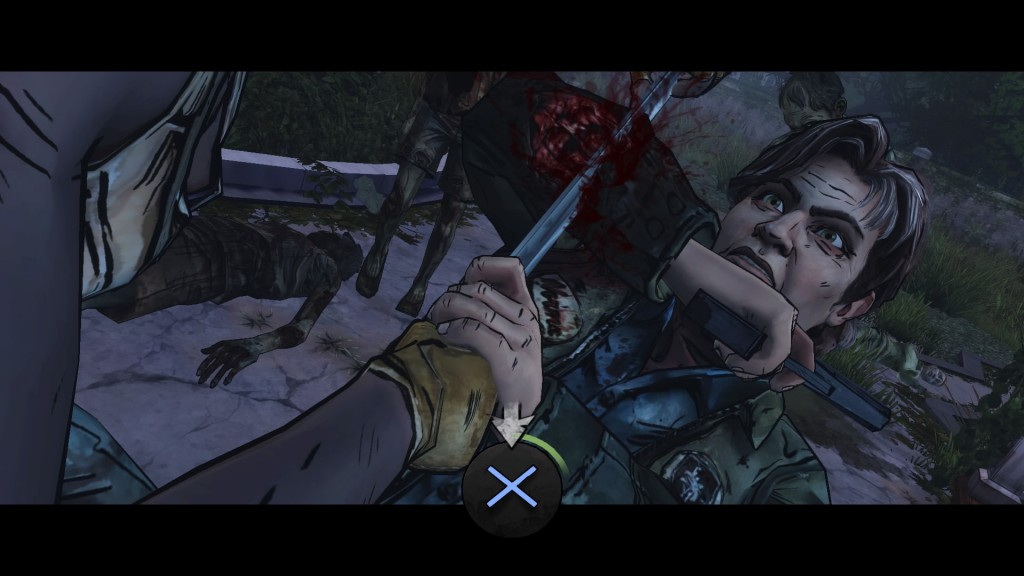 The game has consistently excelled at exploring themes around parenthood and the consequences of past decisions.  This episode focuses in on loss in all its forms, loss of innocence loss of family and loss of hope.  The way the game is directed allows for scenes to breath, and for decisions to have weight.  Once again the writing and acting on display is exceptional and really separates this game from other narrative games.  Telltale really know their stuff.

Once again the only criticism I have of this game is the short length.  Clocking in at an hour, this means the whole three part miniseries gives you around 3 hours of play time.  For narrative and emotional punch this game is worth every penny, but the short running time is a concern. 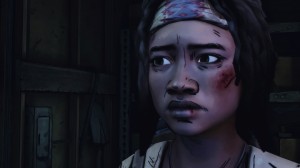 I’ve really enjoyed my time with Michonne and rate this as one of the better Telltale games, its up there with the other Walking Dead series.  This final episode is the strongest of the three and leaves the story with a fantastic climax. The Walking Dead: Michonne is  a perfect example of an intelligent adult game, both mature and clever.  My experience may have been brief but it was fantastic while it lasted.

The Walking Dead: Michonne - Episode Three - What We Deserve
8 Overall
Pros
+ Excellent example of a narrative game + Covers some hugely emotional topics + One of the better Telltale games
Cons
- Still short at only an hour long - Its not doing anything you've not seen before - There is a lack of interaction, which will put some people off
Summary
Its the end of the road for Michonne, just a few more zombies to kill. The story ramps up to give a gripping climax and leaves you on a zombie killing high.