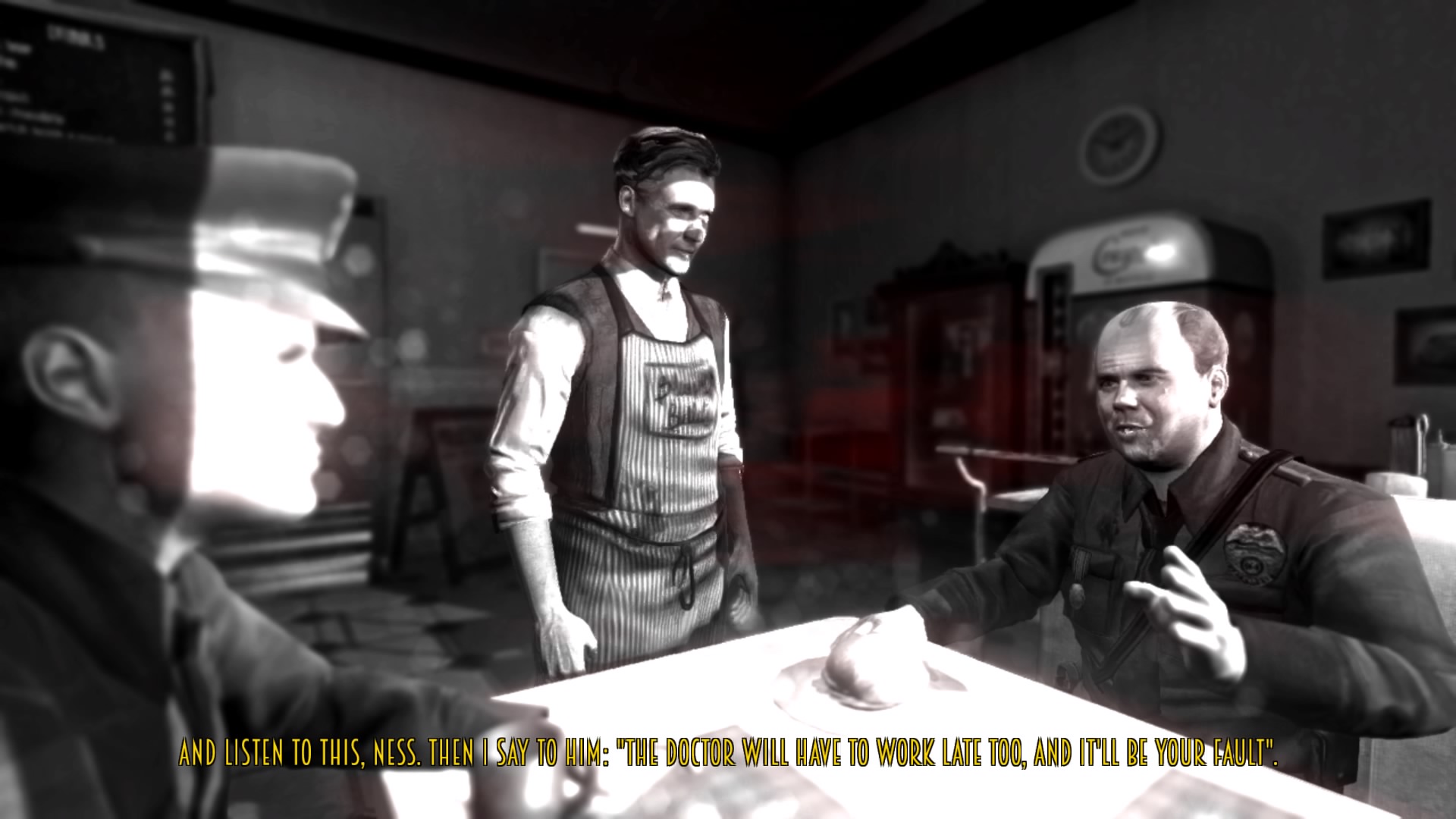 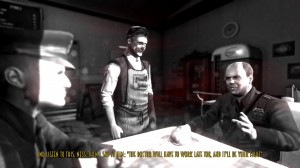 It was a dark and stormy night, the rain pounded the sidewalk like an ex beating on his wife.  The few pedestrians that were out, stalked the city streets on their own secret errands.  Somewhere, some how a crime had been committed.   Blues and Bullets is an episodic game set in a fictional noir city in America’s past.

You play an older Eliot Ness, yes Kevin Costner from the Untouchables movie, who has retired to run his own Diner called Blues and Bullets.  From a very unlikely source Eliot gets pulled into accepting one more detective case.

This is one of those games which falls into the narrative gameplay genre typified by the Telltale series of games.  It is refreshing to see another developer have a crack at this style of game and Blues and Bullets certainly brings some fresh ideas to the table.

Initial impressions of the game aren’t great and things start out very safe, with you walking round an environment and interacting with both people and items.  These walky-talky sections don’t compare well to the competition, these sections of the game suffer from feeling both clunky and inaccurate.  It’s hard not to compare this to the bigger budget Telltale games, and the comparison isn’t favourable for Blues and Bullets.  There is however enough of a spark of a story to keep your interest and drag you on to the next section, at which point the game defies your expectations.

Oddly the game abruptly switches from a walky-talky to a cover shooter.  Movement is automatic in these sections, and you’ve only got controls to shoot, pop out of cover or move to new cover.  This shift in gameplay is both unexpected, and refreshing, serving to revitalise the game from the lacklustre start.  The gun play isn’t really challenging and this section isn’t that long, however it is able to provide memorable set pieces and is very enjoyable to play through. 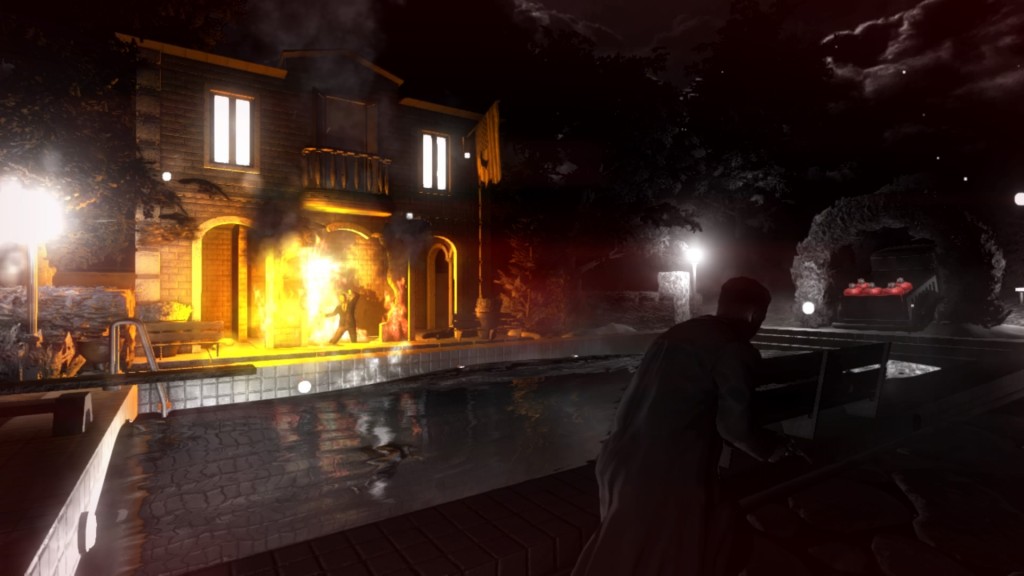 Just when you think you’ve seen all the game has to offer it throws in yet another stylistic change with a detective sequence.  During this stage you search a crime scene interacting objects to locate clues.  These clues are then placed on one of them murder boards you see in the movies, the ones with pictures linked with string.  This change once again serves the purpose of keeping the game fresh and keeping your interest.

It’s about this time it’s worth pointing out the striking visuals on display.  It’s all done in stylised black and white, with the only colour on display the vivid splashes of red picking out certain environmental features.  It is a really effective style and the use of some of the colour really sets this game apart from the crowd.  Unfortunately the rest of the graphics are a bit lacklustre, the character models are fairly simple looking and they move with an odd lifelessness.  The game also uses an odd kind of visual blur which works in smoothing out the edges of the characters, but makes the game look a bit like it has been smothered in Vaseline. 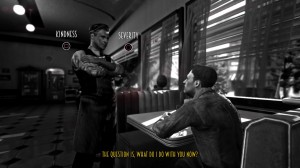 Ultimately this game is going to be compared to the games from Telltale and this is not a comparison it is going to win.  Whilst there are some genuine flashes of creative brilliance on display here, things that really shake up the genre.  The game is let down by control issues and some clunky graphics.  The story is strong enough to keep you going, but whether you’ll want to come back for episode 2 is less certain.

Blues and Bullets : Episode 1
6 Overall
Pros
+ Some excellent sections which challenge what you expect from a narrative game + Unique visual style
Cons
- Controls feel a little clunky - Does not compare well to other games in this genre - Graphics are serviceable at best
Summary
A noir styled narrative game, with a unique visual style. At it's best it does things which will surprise you and challenge what you expect from a narrative type of game. However at it's worst it suffers from clunky controls and the graphics are serviceable at best.