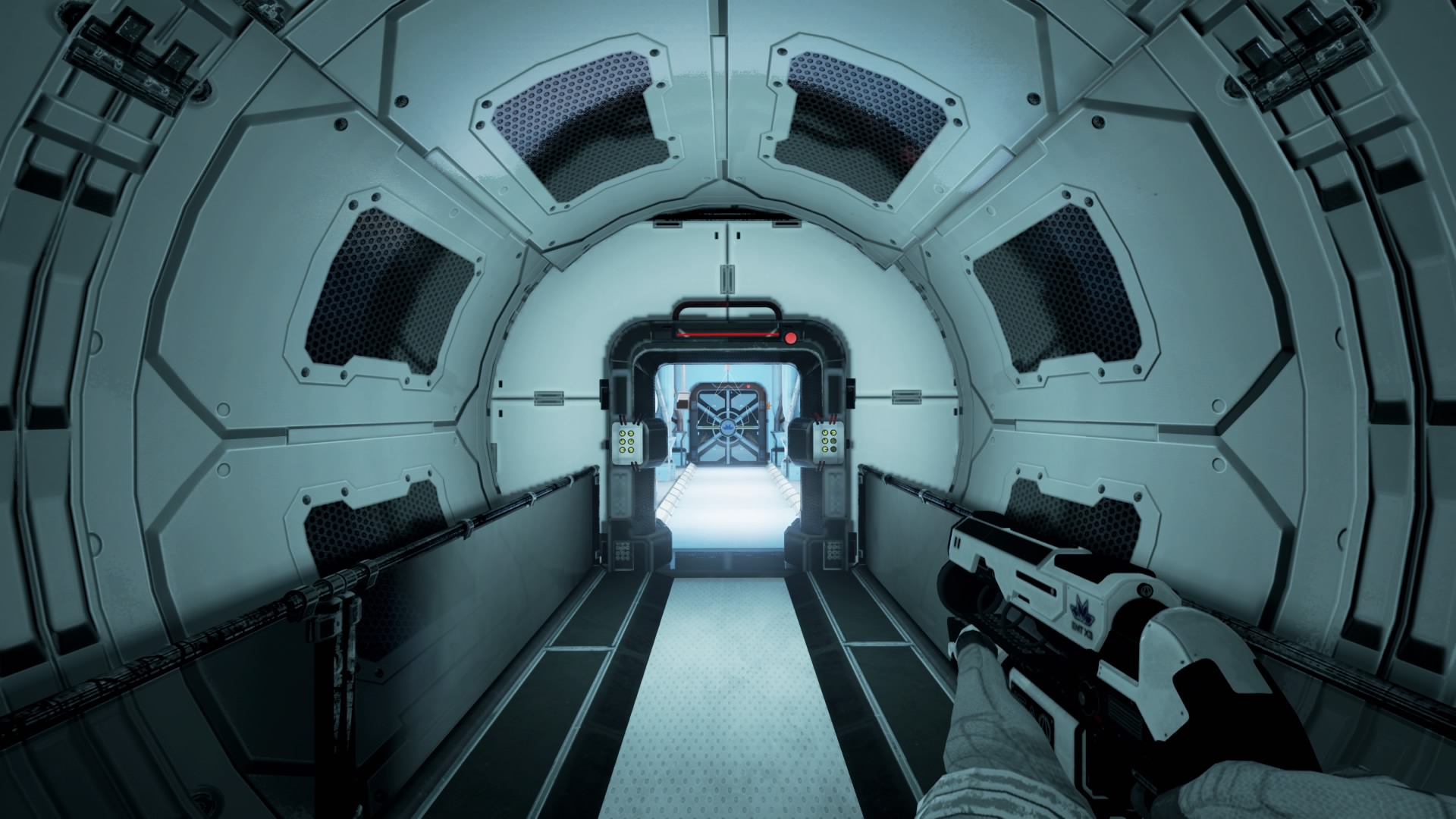 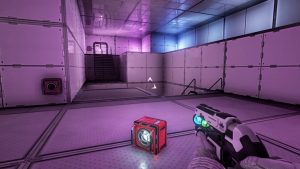 is hard to get away from Portal when you see a rogue AI in games nowadays.  Put this AI into a first person puzzle game and the similarities really start to mount up.  The Turing Test follows the mould set down by Portal, but much like Q.U.B.E. this is no straight up Portal clone.  The Turing Test manages to capture a different tone and offers a very different game to either of these.

The player takes the role of Ava Turing, an engineer on a research mission to Jupiter’s moon Eurpoa.  The rest of her team have been radio silent for too long so the mission AI, Tom, wakes Ava from her cryo sleep in order to investigate what has happened.  Tom can’t do this itself as the crew have set up a series of logic puzzles which can only be solved by a human, with a humans ability to think laterally.    It is a neat set up which informs the title of the game really well.  There is a brief intro where Ava has to launch from the ship in orbit to land next to the research base, while this is nothing more than an in game engine cinematic it does a spectacular job of setting the scene.  The way the pre flight checks are read off and confirmed reminded me of the music by Public Service Broadcasting and the flight recordings of the Apollo space missions.  It sent shivers down my spine.  As a way to start a game it is fantastic.

The game proper is a series of rooms separated by locked doors, and the puzzles come from figuring out how to unlock these to progress.  Ava is equipped with a special gun which can be used to pick up balls of energy from a distance, carry these and then shoot these back into sockets to power doors or machinery.  The puzzle therefore comes from figuring out how to use these energy balls in the correct sockets to traverse the level to gain access to the final door.  It is a simple concept which is executed really well, things start off easy but gradually and steadily increase in complexity.  Just when I felt I was getting to grips with the basics a new mechanic would be introduced which would alter the variables I had to play with in a satisfying and logical way.  I was never truly stuck with these puzzles but I would regularly have to stop and think about them for a bit, I found the difficulty curve to be very well balanced. 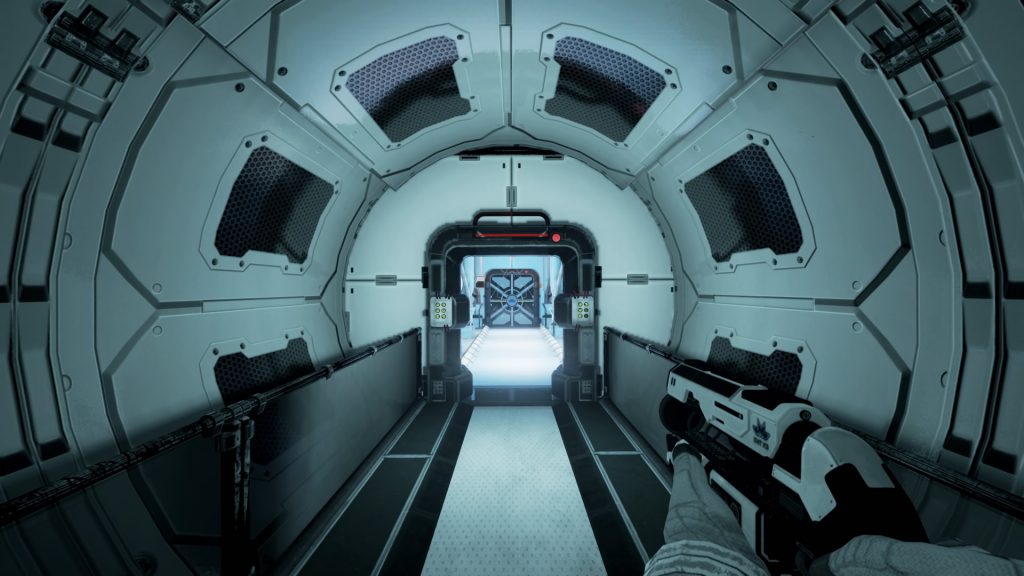 The Turing Test looks a treat running on the Unreal 4 engine. Whilst the environments may be purposely stripped back and clinical this suits the mood of the game perfectly and also makes it easier to focus in on the puzzle elements.  There is a lot of good efficient design on display here from the way the light barriers drop over the player between rooms through to the arrangement of the more lived in, but now empty, locations.  I admit to be being a mark for some good sci-fi but this game nails the creepy sci-fi vibe perfectly.

Adding further flavour to the mix is excellent voice work by the two leads who put in sterling work to really bring the story to life.  The story is told via a conversation between Ava and Tom and usually new snippets of dialogue are added after each room.   This gradual unfolding of the narrative gives the game a great sense of the thriller about it.  At the end of each series of puzzles there is a room which the crew have previously lived in and it’s at these times more information about the story can be uncovered through diary entries and other notes.  As well as these more apparent story sections, there are several hidden narrative aspects which are hidden behind optional puzzles.  These hidden puzzles introduce new mechanics and are arguably the best bits in the game.  I found the way story is handled in the game worked really well. 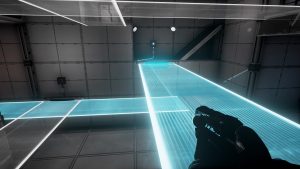 I’ve thoroughly enjoyed my time with The Turing Test.  The game offers a decent line in puzzles, and tops this off with a great thought provoking story.  Whilst people will naturally think of Portal when they see this game, The Turing Test offers a different kind of experience.  It manages to tell it’s own tale and succeeds on it’s own terms.

The Turing Test
9 Overall
Pros
+ Great all round atmosphere, from music to visuals
+ Brilliant voice cast bring the story to life
+ Well designed logic based puzzles
Cons
- There is very little reason to replay this once the solutions are known
Summary
As a first person puzzle game with a talkative AI character, The Turing Test proves that you can take the formula laid down by Portal and make it your own. This game offers a distinct and atmospheric story, and provides some well designed and challenging puzzles along the way.