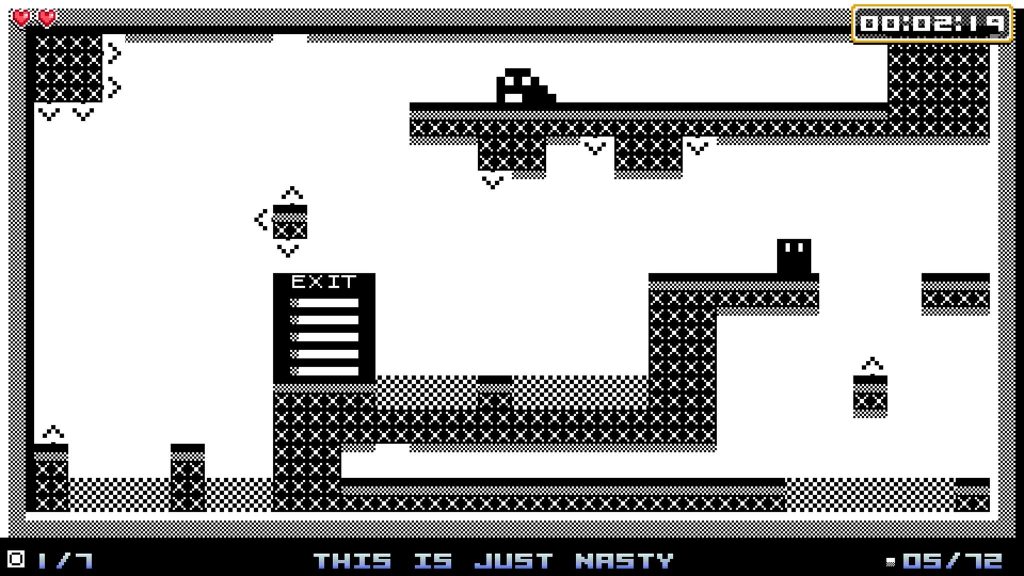 Sometimes I can’t help but feel that there are more indie retro platformers than actual classic games from the era that they try to recreate. You can’t seem to go more than a month without another becoming downloadable on the PSN store. All of them aim for the same goal, to recreate a nostalgic experience to try and make you remember the golden age of gaming. The trouble is of course, very few of these games manage to come anywhere near to achieving this. Usually this is down to the gameplay, all too often the retro indie title is designed to be aimed towards the “Retro games were good because they were hard” crowd, without realising that we moved away from coin-based credits and life systems for a reason. Regarding today’s review, this is very much the case, with some minor differences that sets it apart from the others.

Super Life of Pixel is as much of a retro gaming museum as it is a game. You play as a green pixel who must venture through a variety of graphical styles, each representing a classic home computer or gaming console from the humble Sinclair ZX81 to the Mega Drive and Super Nintendo. There is a real sense of care and dedication to the recreation of such looks, with systems such as the Gameboy and Spectrum 48k being given a convincing aesthetic to coincide with that of the original system. This is replicated in a degree to the overall feel of each system style, as these also replicate the limitations in screen movement, gameplay and overall speed of the levels. For example; Sinclair ZX81 levels are incredibly rudimentary, often played out on single screen levels with a monochrome black and white palette. While the SNES levels make sure of the additional colour palettes and smooth scrolling that was standard for the era. 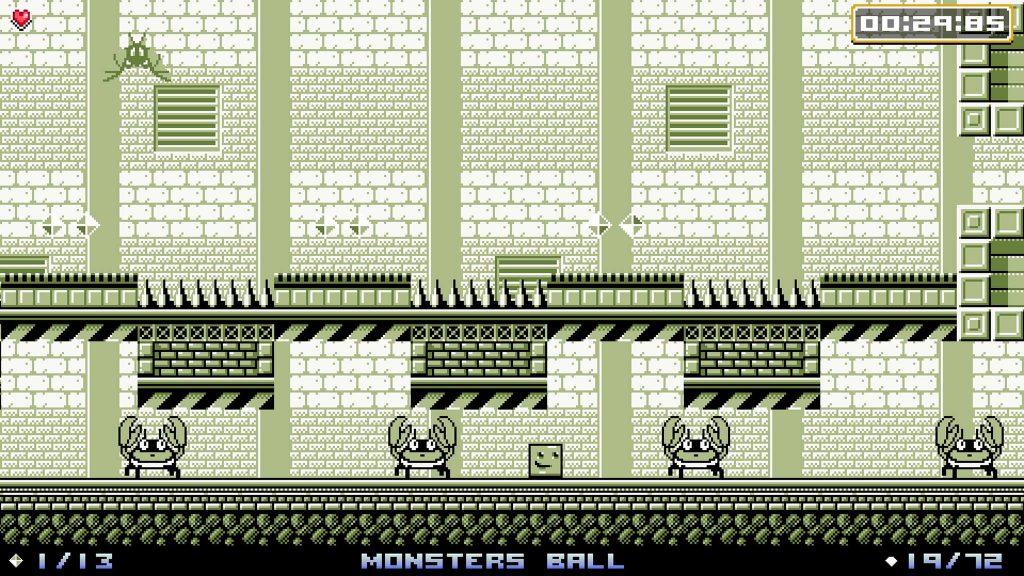 For the gameplay, this can be a double-edged sword, as some styles can be very detrimental to this for those going in at this stage. Spectrum 48k levels replicate a particularly annoying habit of the era in which the screen flips to the next in a single frame. This can be quite jarring in stages that feature a lot of verticality as you are constantly flashing between screens and having to perform leaps of faith, often to your doom. This would be fine if the style was consistent with the hardware that the game is trying to emulate. If the developers had doubled down on this aspect, then the difficulty imposed by the hardware foibles may end up being somewhat justified. I would have liked to have seen quirks such as enemies repositioning when you move screens, or flickering sprites like the originals. Unfortunately, in the attempts to clean the game for modern audiences, they have betrayed the premise somewhat.

Unfortunately, this leads to more frustration as the game proceeds. Super Life of Pixel is incredibly challenging and can often feel like trial and error. The leaps of faith are a big hurdle to overcome, particularly when they end up leading you into a spike trap that you haven’t encountered before or a bottomless pit. In other cases, the level design seems to be set up specifically to make the player perform needlessly tricky, pixel perfect jumps while also having somewhat imprecise controls to the way that pixel slides around. These issues aren’t helped by the fact that Pixel can only take two hits of damage before dying and heading back to the start of the stage with no checkpoints. This is if you even get hit by something that doesn’t kill you instantly, which is far more common thanks to spike traps and pits. In all cases, it never quite feels that most deaths are because of your own doing, instead it just seems that the game wants to punish you for venturing forward, which feels like counterproductive game design to me. 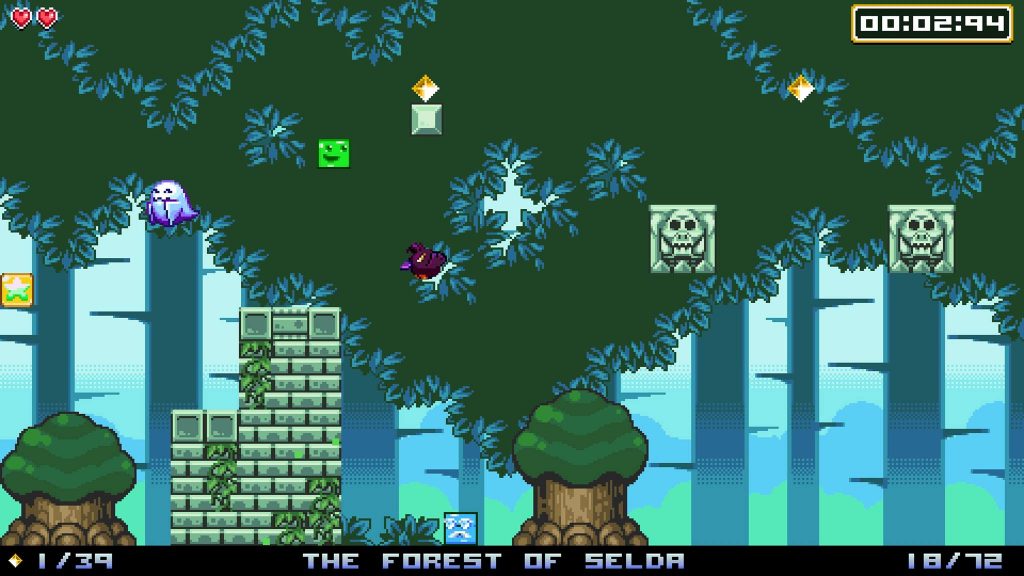 While Super Life of Pixel is a bit of a slog in this regard and suffers in its most fundamental area, I will say that there is a clear demonstrable love for the subject matter from the developers here. The presentation is brilliant for an indie retro platformer of this type, the several styles are convincing, even if some of the sprite counts are a bit higher than they would be on the original systems. There is a great chiptune soundtrack featuring a different song for each chapter of the game with suitable sounding instrumentation for each system. I’m also a fan of the trivia between stages which introduce the different consoles and the key differences of hardware and software as it advanced through the ages. I’m sure a few players would overcome some gameplay challenges and issues for this alone.

Overall, Super Life of Pixel has its issues, but if you are looking for a trip down memory lane or want to learn a few things about generations of gaming for the past few decades then this will be a good title to pick up on the cheap. Just expect a challenge if you do.

Super Life of Pixel
6 Overall
Pros
+ A good way to experience an approximation of some classic gaming hardware
+ Replicates the look and feel of some consoles well
+ Some well executed tributes to classic games
Cons
- A bit too difficult for its own good
- No variation in the game besides some minor powerups
- Gameplay feels too much like trial and error
Summary
Super Life of Pixel may be another retro indie platformer, but it does have heart. It presents a cool recreation of some classic graphical styles from yesteryear gaming platforms, with some slick chiptune audio to go with it. Sadly, the gameplay doesn't quite match up to the presentation. Despite this, there is still plenty to enjoy if you fancy a trip down memory lane, just expect a challenge if you do pick this one up.