In a World Cup year, it barely feels like football’s been away but, as August rolls around, the new season begins and Konami come out of the traps early in an effort to steal a tiny march on EA’s juggernaut. Whilst still seen by some as the purer sim, this sentiment hasn’t been shared by as many as the guys at PES Productions would like. Can this year see an upturn in fortunes? 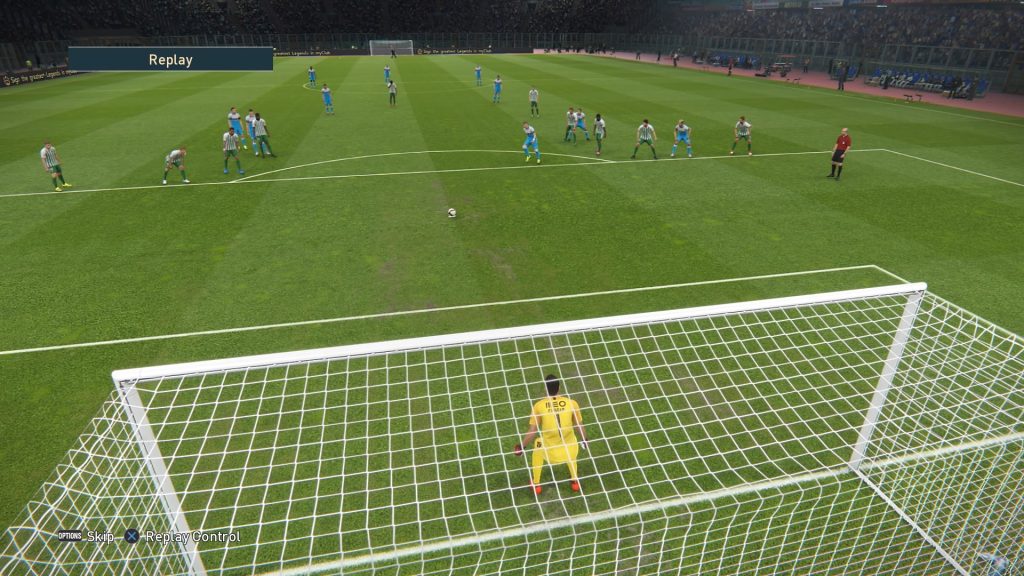 In terms of presentation, Pro Evolution Soccer 2019 doesn’t move far from last year’s effort. There are some nice touches like the crowd being seen on certain replay angles but the Fox Engine remains a functional, if not spectacular way to represent players on a pitch. Jim Beglin and John Champion reprise their roles and some of their lines in the commentary booth. John remains enthusiastic whilst Jim remains terrified.

Snow returns after a long absence. Given how the Fox Engine handles rain, it’s a shame the snow comes off a little cosmetic. It’s nice to see piles of the stuff at pitch-side but I haven’t found it interfering with the movement of the ball or caused players to slip like how they would on a sodden surface.

In lieu of the UEFA licenses, Konami have decided to chase after multiple European leagues which do help bolster their team and player count a great deal. It may not look like the Champions League but their non-branded equivalent will at least feature a full compliment of actual teams. A few of the actual qualifiers are missing in action but, it’s a welcome sight to see no fake sides worm their way into the group stages. Whilst I can’t really complain about a business decision, I do feel slightly disappointed their stand-in competitions lack a little pomp in their presentation. Europe’s top competitions now lose their edge and that’s a shame when the top table is all clubs seem to fight for. 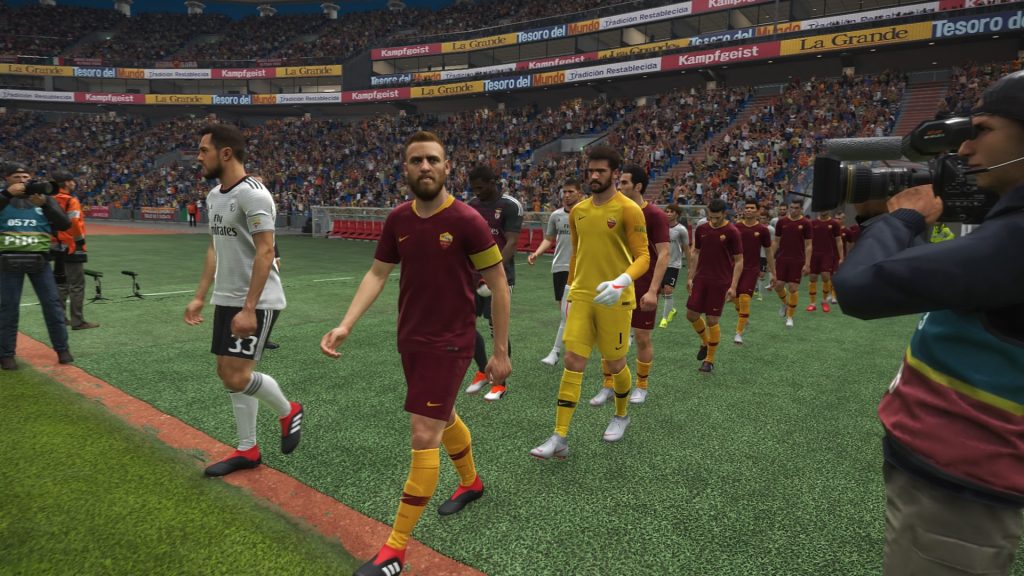 Fatigue’s supposed to play a factor this year and, from the games I’ve played, you see more players tire during a match. Having Jonjo Shelvey collapse in a pre-season game was cause for concern and it’s nice to see that fresh legs do seem to arrive with a bit more intent. It’s nice to bring on a sub late in the game and see them try to influence things. It does add a little more strategy from the bench and can help you stretch games, see them out or turn them in your favour. I can contend headers with strong strikers, too. It seems like you’re given a little more control over player movement in the air.

Elsewhere on the pitch, there’s been some early debate about the AI. I’ve found them to be varied but there’s a hint of them preferring to play low crosses into the box. They punish you quite well from it, too. I’ve seen sides like Man Utd opt to utilise Lukaku’s height and Fenerbahce had a very route one time against me. It’s good to see the opposition react and try new things against you so I’m hoping the low crossing was merely due to my ineptitude at defending such situations. 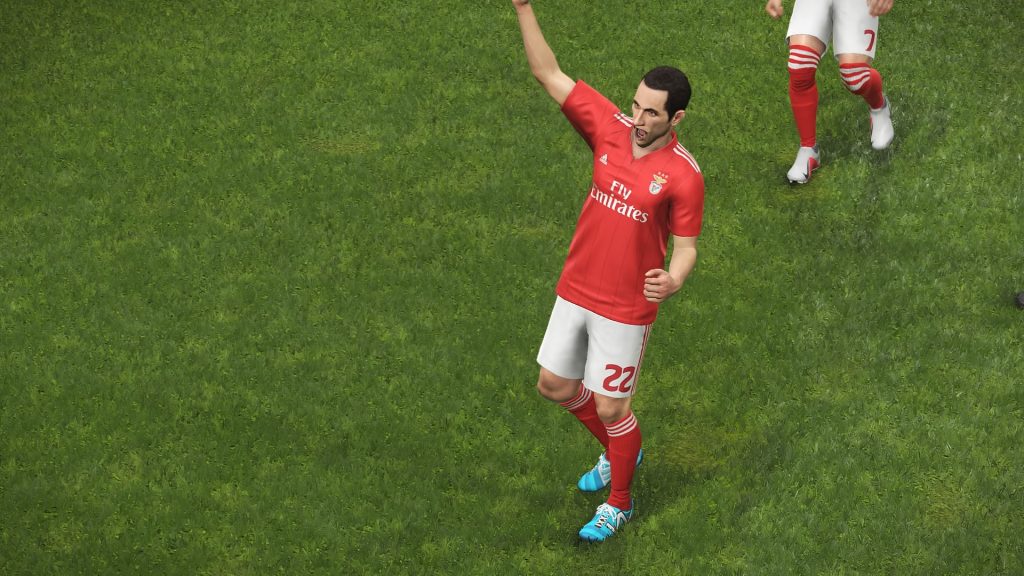 I’ve also seen isolated cases of strikers completely clear who don’t bear down on goal. I’ll stress it’s rare but, seeing a striker suddenly force himself wide under pressure from nothing does leave me scratching my head. What I’ve also noted is how attacking set pieces seems to be handled. Previously, you’d sent it in and have a body selected who would be attacking it. This year, it seems like you have to manually select them, leaving to some potential carnage. The time it takes to select a player can really put you on the back foot, especially in defence.

Master League receives a few new touches. Chairmen give you regular missions as the season progresses. This usually involves league and competition finishes and demanding you win crucial matches. The cost to their trust in you is small but, over a season, it mounts up. It does help raise the stakes but there’s still some things missing from Pro Evolution Soccer 2019‘s flagship single-player mode. For starters, there’s still no way to set club budgets. It’s rather annoying to see tens of millions in the transfer kitty and not allocate some of that for a bigger wage pool.

Online retains some of the same problems as last season. Matchmaking seems strict so finding games can initially appear tough. So far, the matches I’ve had have been fine but opening the matchmaking to anyone does run the risk of some poor connections. As usual, players seem to gravitate to the big sides but, unlike last season, I’ve not felt overpowered. Online divisions give you something persistent to work towards and MyClub remains as their illustrious Ultimate Team equivalent. 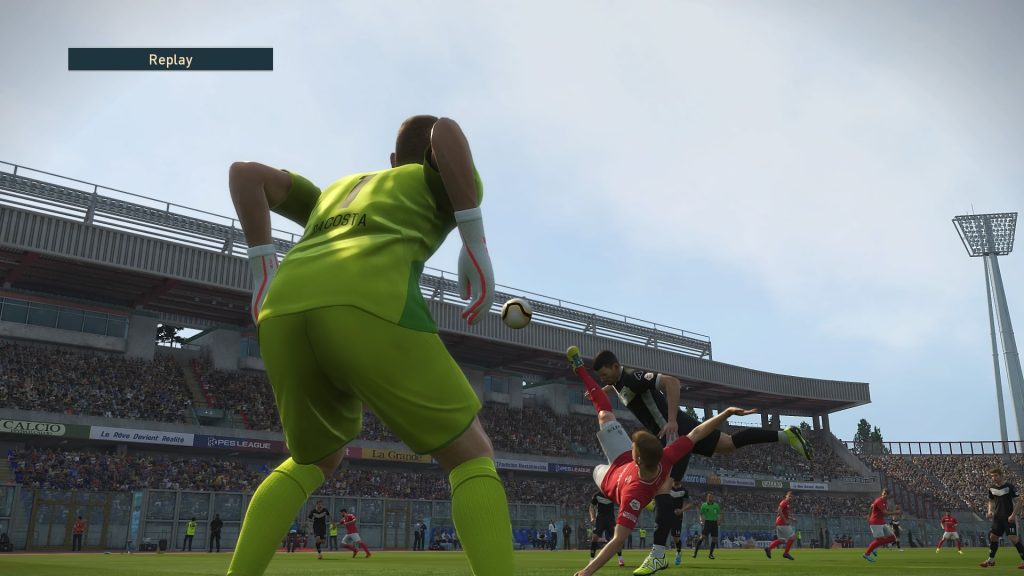 There’s been a real focus on incentives. Featured players will cycle from week to week with their stats earning bonuses if they perform well in real life. They’re adding bonuses to timed tournaments as well as the usual login bonuses. I’ve also noticed that, during just playing the other modes has yielded more free currency to spend in this mode. There’s been some other balances with the real money cost of scouting seeing a cut. Maybe these adjustments will allow players to stay onboard for longer without dipping into their pockets. As for practical changes, training players for new positions is possible and duplicates can be traded for players of the same rarity.

It’s a familiar story with an annual sports franchise trying to tweak and add where they can before the year is up. Pro Evolution Soccer 2019 feels like a positive step. The new additions in licensing give the European aspect a lot more substance right when they need it the most. It still carries the same baggage with squad accuracy, presentation and some AI curiosities, but I enjoy how this game represents the sport.

Pro Evolution Soccer 2019
8 Overall
Pros
+ On the pitch, it's as tactical and compelling as ever.
+ The new licenses help bolster players, teams and playable competitions.
+ AI appears varied and challenging to face.
+ Fatigue can finally influence matches.
Cons
- Squads are wildly out of date.
- Presentation feels stagnant.
- Set piece control can potentially cause problems.
Summary
The annual turnaround can't allow for a radical overhaul but the new licenses help give you a variety of new sides to play with. There's some welcome tweaks with MyClub and Master League for those in for the long haul. The on-pitch action remains competitive and tactical but the old baggage remains. Presentation remains a little stagnant and the editing suite will immediately be put to use to correct out of date squads.  Still, it plays a compelling, compulsive game.