Pinball FX 3 is Zen Studios latest foray into the world of pinball simulation, something they’ve been expertly doing for ten years now.  The first Pinball FX was a revelation, the best pinball game since the 16-bit era and it led to some furious leaderboard competition for me back on the Xbox 360.  Since then we’ve had two entries into the Zen Pinball series as well as Pinball FX2 and Pinball FX2 VR so with two different brandings, five games and dozens of tables, Pinball FX 3 is Zen’s attempt to bring some consistency to the series.

Each of the previous games has been a hub, a pinball simulation engine that requires players to buy the individual tables that they want to play.  Pinball FX 3, at the time of launch, supports 68 tables.  The hub itself is free and comes with one table, Sorceror’s Lair which has been ever-present in Zen’s pinball games since 2008’s Zen Pinball.  You then have the option to purchase tables (some individually, some in packs).  What you’ll get from Pinball FX 3 is equal to what you put in.  Spend some cash on some tables and you’ll have a more complete package. 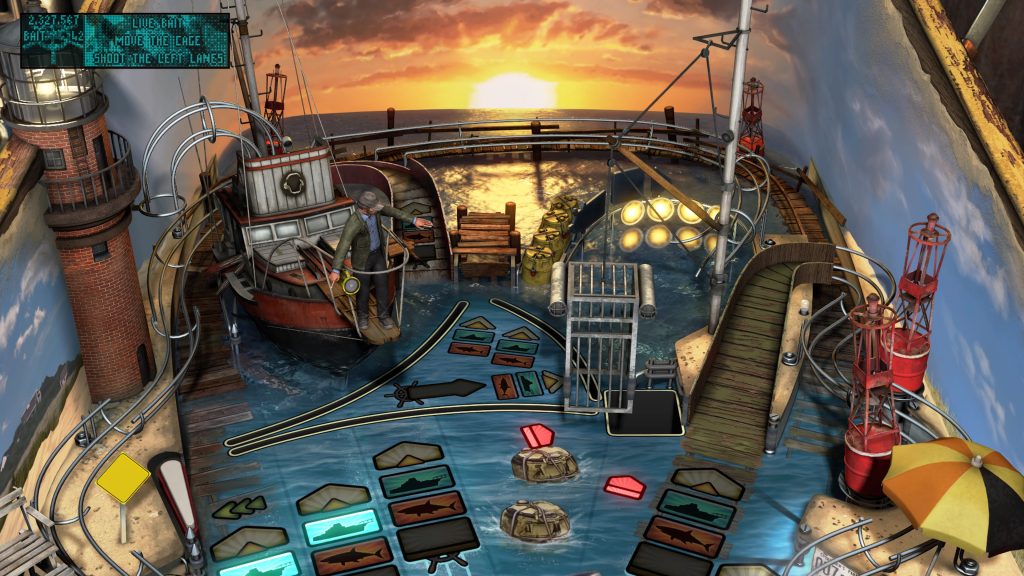 On the negative side, for some reason Zen’s tables rarely seem to show up in PSN sales but any tables you purchased for Zen Pinball 2 on the PS4 will carry across to this version, so fans of Zen’s work will likely have some tables to play with.  A few tables didn’t make it across due to licensing issues (so no Plants vs. Zombies table) but over 50 will.

Initially, you might worry that there’s not much new that you can do with a simulation (just ask anyone who reviews football games each year) and while it is nice to have all your old tables, you’ll want something new to play.  The Universal Classics pack is available and offers three new tables – Jaws, E.T. and Back to the Future – for £7.99 and, if we know Zen, more packs will surely be released over the coming months. 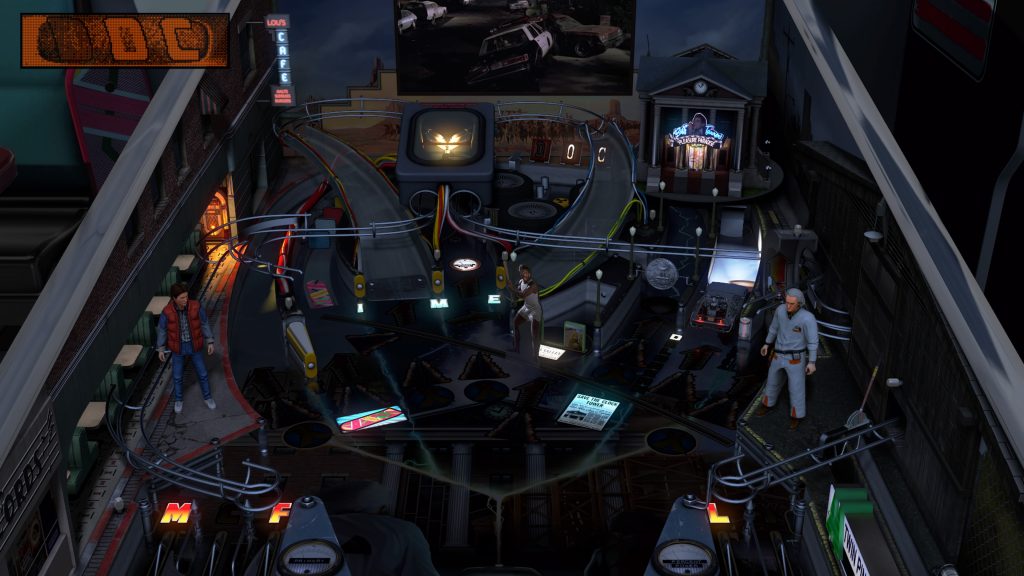 As with Zen’s other tables, the three Universal ones offer realistic pinball gaming but on tables that wouldn’t easily exist in real life.  Sure, the physics are what you’d expect but various features could never work in real life, such as seeing the shark from Jaws poking up out of the table.  This has always been one of the best aspects of the series, trading in realism for extra excitement.  Something that real pinball could sometimes use a little more of.

New tables aside, you might be questioning why we need this, yet another pinball table hub and it’s a valid question.  Zen’s answer is evident in a range of new features.  Most notable is the emphasis on multiplayer.  It starts with the league-based Matchup mode.  Here you are pitted against other players and you have to beat their scores in order to progress up the leagues.  Each league selects four tables to battle on, so if you don’t have those tables you might have a problem here.

You can also set up tournaments.  Pick your table, your conditions (you can give the tournament a ball or time limit) and upgrades (more on that in a second) and set a password and you and your friends can battle it out.  Initially I thought this would be nonsense.  After all, the leaderboards that have been ever-present since Pinball FX do a great job of showing what’s what when it comes to pinball wizardry but actually these tournaments are good and really focus your attention on a particular tournament.  We’re into it. 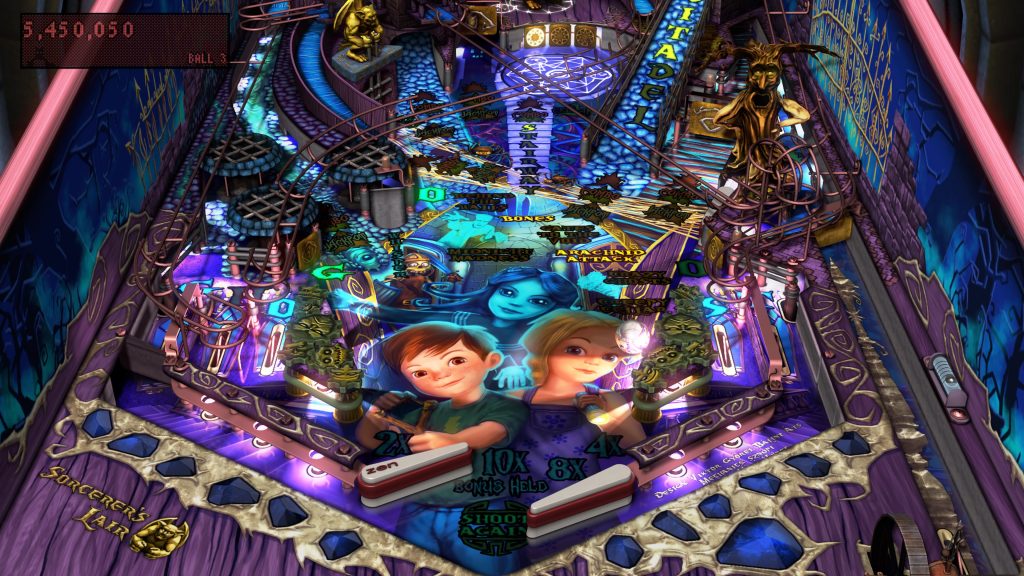 Single player is also beefed up thanks to challenges.  Stars are earned for performing well on a table in 1 ball, 5 minute and survival (which asks you to hit point limits every minute) challenges.  These stars unlock upgrades which can then be used on the tables (to improve scoring rates or combo decay times for example).  Thankfully purists can play without these upgrades too but it is nice to have the option and, surprisingly, taking on the challenges and earning stars is super addictive too.  You also level up as you play, unlocking improvements to your in-game profile gamercard thing (I don’t know what it’s called).

Is it enough to warrant releasing a whole new game for?  Yes, just about enough.  The hey day of everyone playing Pinball FX has gone but this version should restoke those fires a little.  And as the tournaments now support cross-platform play, there’s a wider pool of players to challenge. 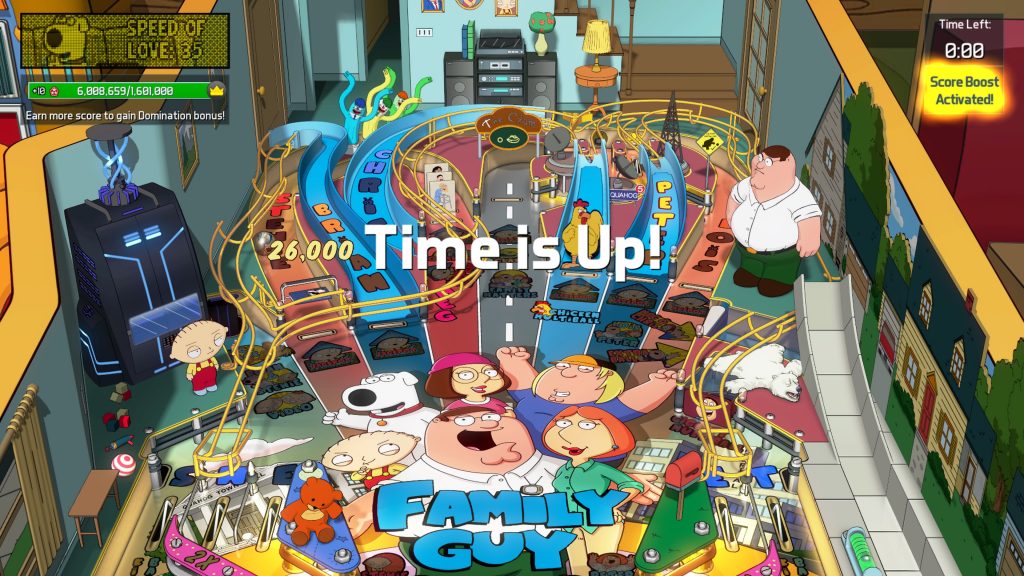 No longer held back by needing a PS3 and Vita port, this is the first Zen pinball game to be built specifically for this generation of consoles and it has never looked better.  The sharpness and lighting are improved but it’s not something that you’ll necessarily notice right away.  Zen have dropped 3D support though which is a shame as it was so perfect for pinball.  Outside of the tables, the presentation isn’t amazing.  The menus aren’t too pretty but it is functional enough.

As expected, Pinball FX 3 offers the best in pinball gaming.  The new tournament structure and addictive challenges make this the best pinball title yet even if the world wasn’t necessarily calling out for a new one of these.  But in reviewing this, the game has its hooks in me big time.  You’ll get my DualShock 4 when you pry it out of my cold, dead hands.

Summary
Pinball FX 3 is the best pinball game yet although most of the improvements over Zen Pinball 2 happen away from the table. Funny, inventive and ridiculously addictive, this game will keep players entertained for months but while existing players will enjoy having access to their old tables, new players may find it costly to get into.