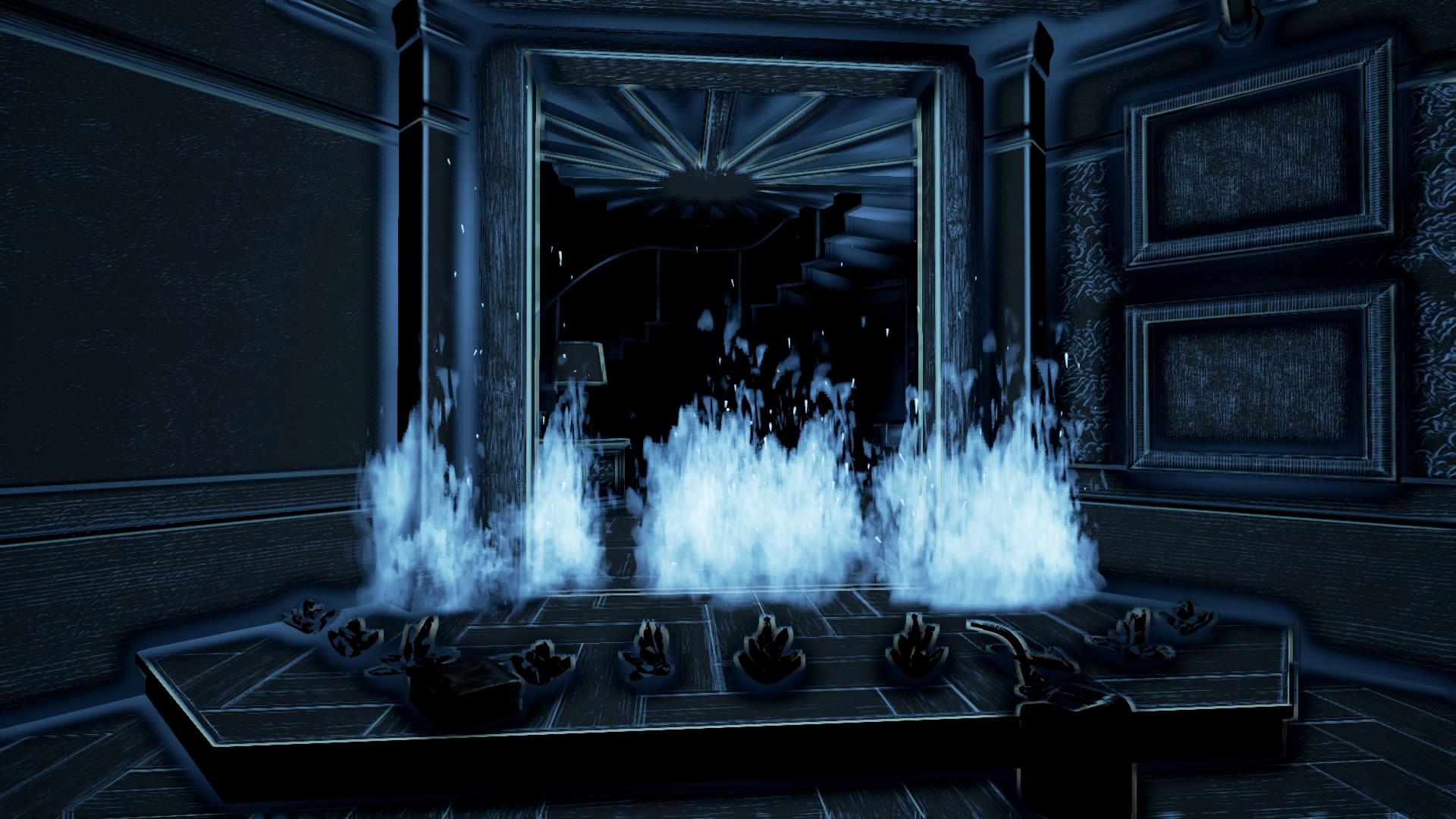 Given that I imagine the number of blind people who play videogames is rather small, it is a subject which keeps popping up.  We’ve previously reviewed Beyond Eyes, which told a story of a blind girl’s search for her pet cat and was whimsical in nature with bright pastel colours and emotional resonance.  Perception is an almost direct opposite of this as it is a first person horror exploration game which aims to create a sense of fear and isolation through the dark environments.

Perception takes cues from the walking simulator genre as there is the limited interaction present throughout, a lot of narration and a mystery to uncover.  The player takes control of a woman called Cassie as she visits a house she’s dreamed about.  Cassie is totally blind and as such the game takes the brave step of displaying this by presenting you with a totally black screen.  For the vast bulk of the game you will find yourself staring at a black screen, which isn’t all that interesting to look at. 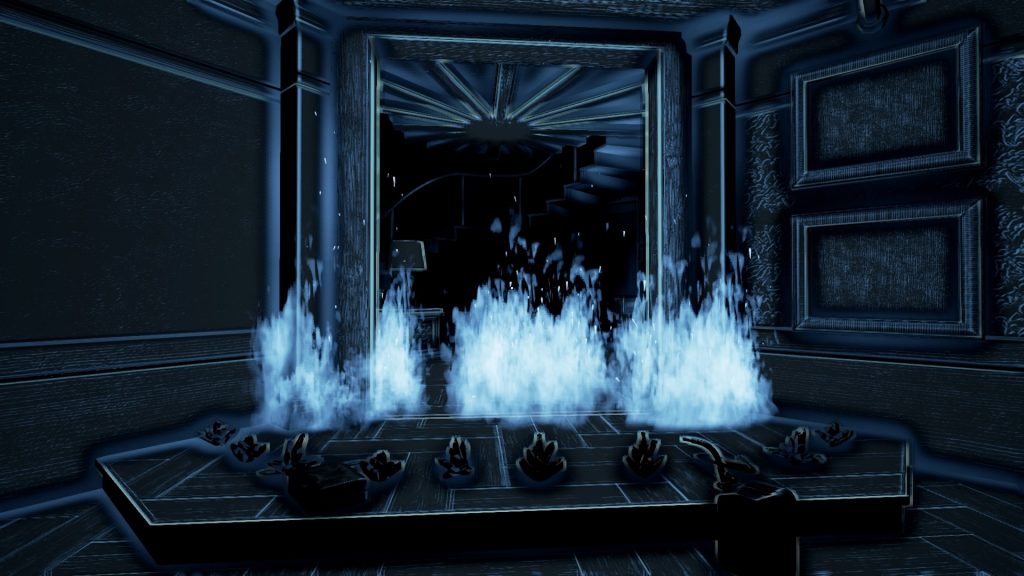 The only way to see the environment around you is to make noise and draw in the surroundings via a kind of echo location. Noise can come from a range of environmental sources such as radios or the wind which generally allow you to see specific locations as the sounds constantly create the shapes.  Cassie can also make her own sound by tapping her cane, but the images you get here fade after a couple of moments.  The end result of this is that as you play as Cassie you will be constantly tapping the shoulder button to sound out your environment in a way which I feel must be somewhat similar to actually being blind. 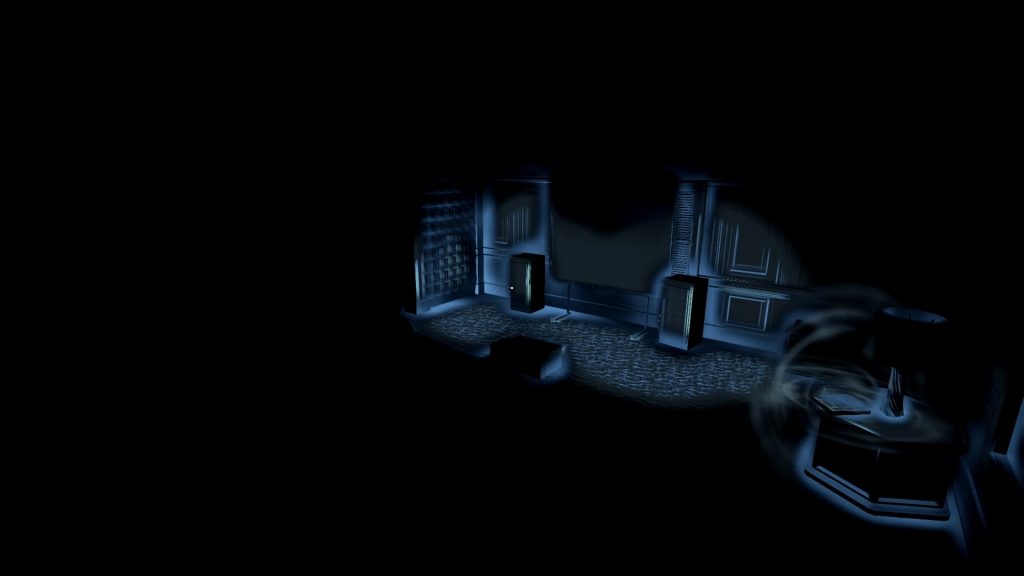 As you’ll spend most of your time looking at a black screen here it is down to the other senses to pick up the task of immersion.  I found myself paying more attention to the audio here and sadly this wasn’t up to the task of immersing me in the game.  The voice work is ok at best and the music and sound effects aren’t able to accurately convey what is going on in such a visually bereft game. This isn’t to say the audio work is actively bad, but as the majority of your focus will be on sound cues there just isn’t enough here to keep you engaged.

It wouldn’t be a horror game though if it wasn’t for a big bad chasing you, and in Perception this takes the form of a creature that stalks through the house homing in on sounds.  By having such a monster the game effectively limits the amount of noise you can make and leaves you balancing out the need to see your surroundings with the need to avoid detection.  This does feel like a great way of making you feel vulnerable and alone, as you fear to rely on the only safety net you’ve got to explore the house. Unfortunately this just makes navigating the house more difficult than it needs to be. Constantly I found myself walking through pitch black screens, flicking my cane to get a sense of where I was and then moving forward through blackness to locate the next door. 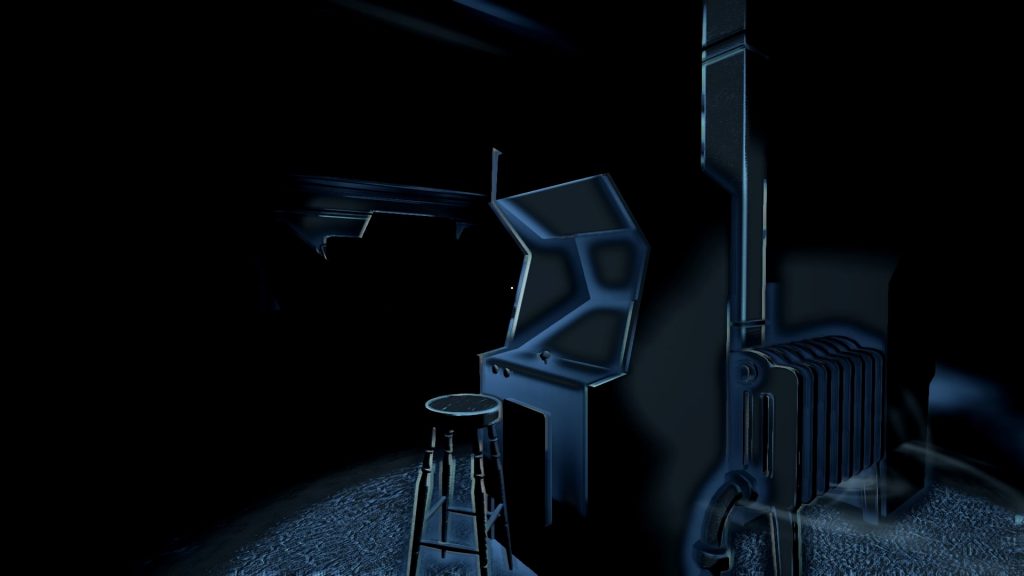 Should the big bad catch up to you it means death, and going back to the front of the house, unless you can find somewhere to hide it out. I found this big bad to be annoying rather than scary and the infrequent checkpoints meant that each death felt more like a tax on your time rather than anything else. Navigating the environments is not enjoyable, interesting or visually stimulating and having a system of instant death coupled with poor checkpoints just frustrates further.

There are some interesting aspects to Perception in the way Cassie uses her phone to assist her.  She has a kind of text to speech program on the phone where she is able to take photos and have the phone read out the contents.  She can also contact a help group via her phone and speak with someone who could be able to help with environmental puzzles.  This is a nice aspect in theory but it felt very much like a gimmick and one which the game is happy to ignore when it chooses to use memory flashbacks or audio logs to effectively do the same task. 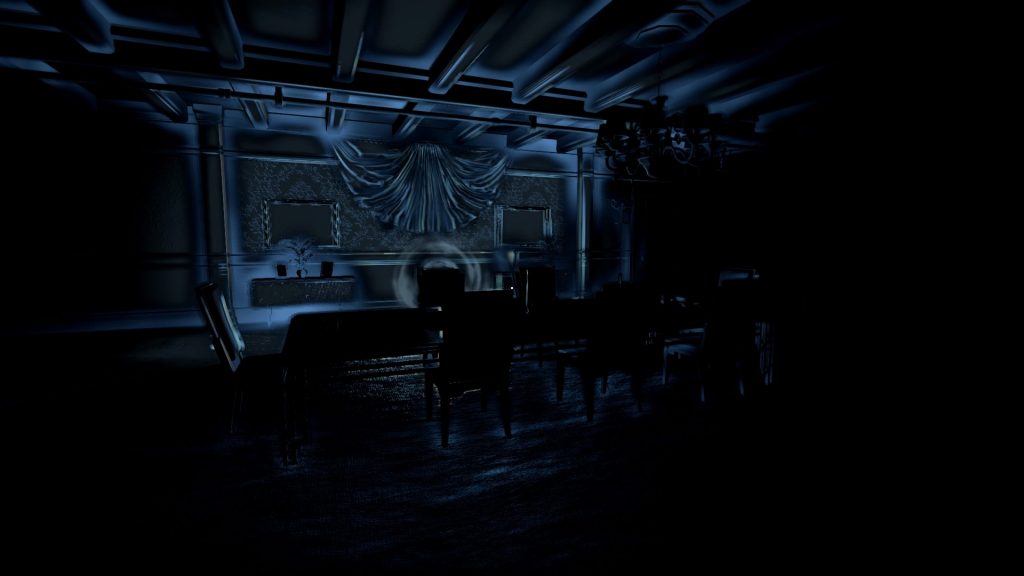 From a story point of view Perception is tackling some pretty interesting topics and is full of twists in how the environments change over the course of the game. I was never fully engaged with the story being told though as the frustrations I had with navigating the pitch black house meant I frequently missed audio logs and didn’t always see the ghosts when they appeared.  For me the core aspect of being a blind woman got in the way of the story in a most frustrating way. In some ways I feel the game would be significantly better if navigation was less cumbersome.

In Perception we have a game which has a unique setting and takes some creative risks, disappointingly the game never really succeeds though.  The whole idea of playing as a blind person could be interesting but navigating the house just feels frustrating given that you’ll spend a vast portion of your time looking at a silent black screen.  With a weak story and unsuccessful horror elements Perception is probably best left in the dark.

Perception
4 Overall
Pros
+ Potentially novel idea of playing a blind person
+ The vision through sound is a nice visual treat
+ The text to speak mobile phone feature is interesting
Cons
- You'll spend far to long looking at black screens
- The lack of visuals make a dull looking game
- The audio is too weak to compensate for the lack of visuals
- It is not actually that scary
- It isn't that fun to play
Summary
The whole idea of playing as a blind person could be interesting but navigating the house just feels frustrating given that you’ll spend a vast portion of your time looking at a silent black screen. With a weak story and unsuccessful horror elements Perception is probably best left in the dark.