Ratalaika Games are back again this week with Paradox Soul on PS4 and Vita. As usual that means a quick and easy platinum trophy for each system, but this time the genre is Metroidvania. A quick google search will find a browser version of this game to play for free, but although it’s hardly the best or deepest game in the world I wouldn’t necessarily say it feels like a browser game. 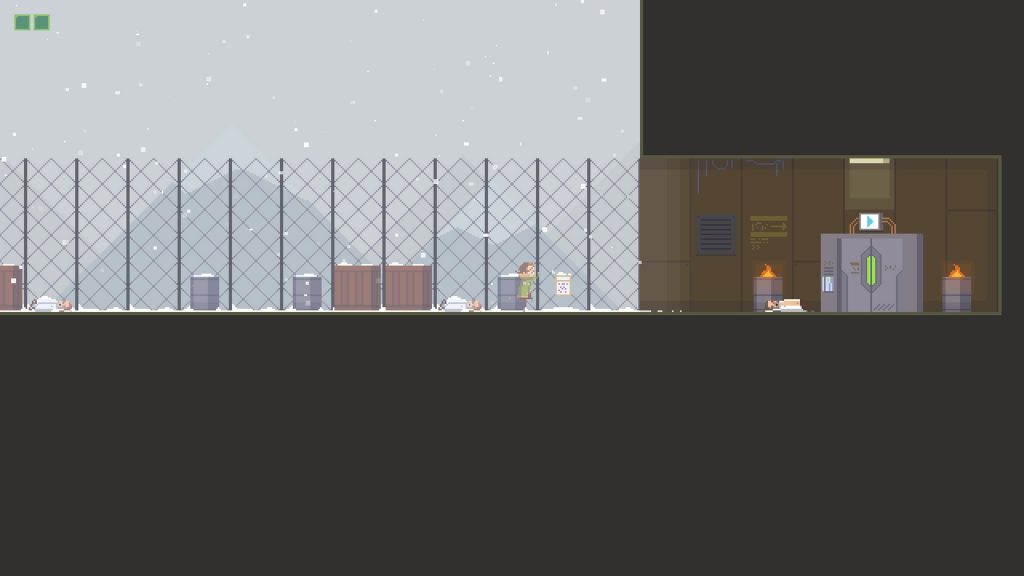 According to the PSN page you play as Dr. Alli Rose who is trying to learn about and escape a test facility. All the game shows you is that it’s Iceland in 1987 as your character enters this facility. Until the end you see little else and even then it’s brief. There’s no dialogue or narrator, just a few still images through the entire game. You’re not going to be here for the story that’s for sure, when the game tried to pull a twist at the end I literally chuckled as I only recognised it as a twist because it was cliched, there had been no story shared with me up to that point to twist.

If it’s mostly gameplay then what is the gameplay? Alli’s basic abilities are running left and right (this is a strictly 2D game), jumping, ducking and sliding. Being a Metroidvania it doesn’t take long for those abilities to become enhanced, though being just over an hour long, those abilities don’t change too much. Finding a gun will let you defend yourself by shooting (the gun is upgradable too, if you find the upgrades), a suit will grant you a double jump and enhance your slide. Defeating bosses will grant you powers too, like being able to drop bombs and generate electricity. Although you’re gaining new abilities Metroidvania implies going back to previous areas to get to places you couldn’t access before. Paradox Soul‘s map is not that large and the path rarely branches too drastically, the abilities you get allowing you to progress the game in a relatively straight line. 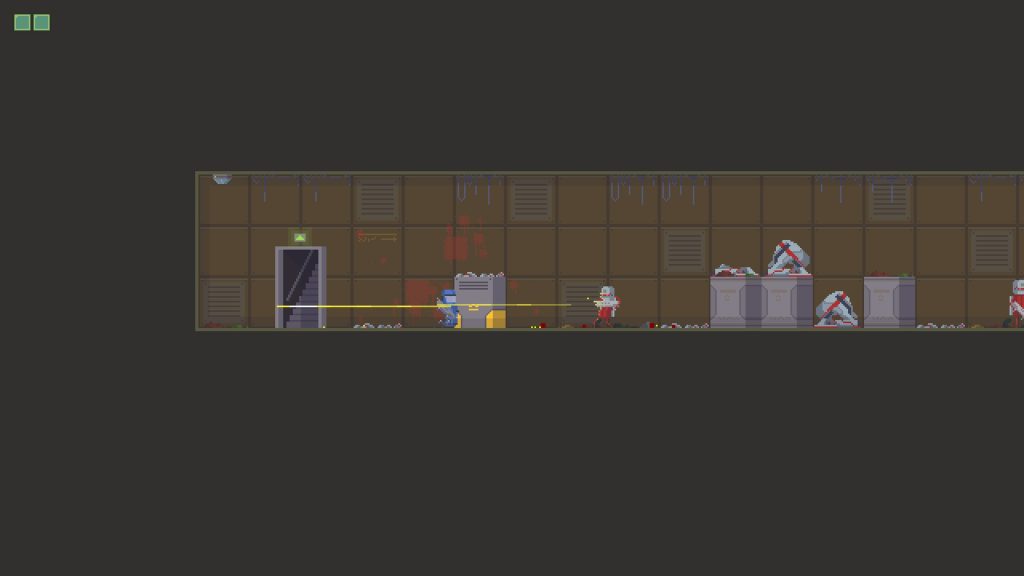 You’ll encounter a small selection of enemies as you explore. Some run straight at you, others require you to take cover, poking out to take shots. None are too challenging but you only have two hit points so any mistakes can be deadly. Luckily if you do die you’re always put at the beginning of that room so you never lose much progress and the game is quite forgiving in this regard. The few bosses in the game require pattern recognition and are quite enjoyable to fight.

There is little beyond that to Paradox Soul. The map can be quite complicated but if you find the map right at the beginning of the game then things are pretty simple to follow. I failed to find it on my PS4 playthrough and the game was far more of a chore for it. I knew where to get it when I played on Vita and things went far more smoothly (why it’s even possible to miss I don’t know). The controls take some getting used to. They’re quite stiff which isn’t generally a problem as you’re not asked to do anything too taxing but getting in and out of cover is a pain that never went away. 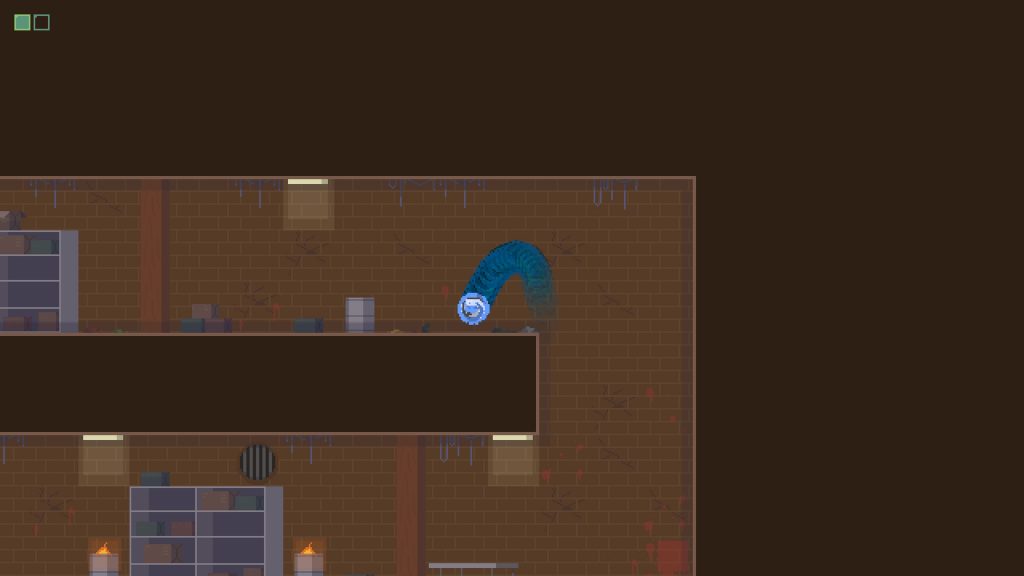 The visuals are purposefully simple and retro, whilst not being comparable to any particular generation. They’re fine but the environments are quite repetitive and the visuals are quite small on the Vita screen. There is also the odd bit of slowdown on the Vita, though nothing too terrible.

And now the part you’ve all been waiting for, the platinum trophy. On my PS4 playthrough I got it in just under an hour. You have to kill each enemy and find the abilities and you’ll have got the platinum before finishing the game. On the Vita I knew what I was doing and found the map and it took me about half an hour. If you then go on to complete the game you’ll be looking at over an hour, probably, depending on how easy you find it to escape after defeating the final boss. There is no explanation of what you need to do weirdly, but again, a google search will let you know what you need to do to get out and how to do it if you want to know exactly. 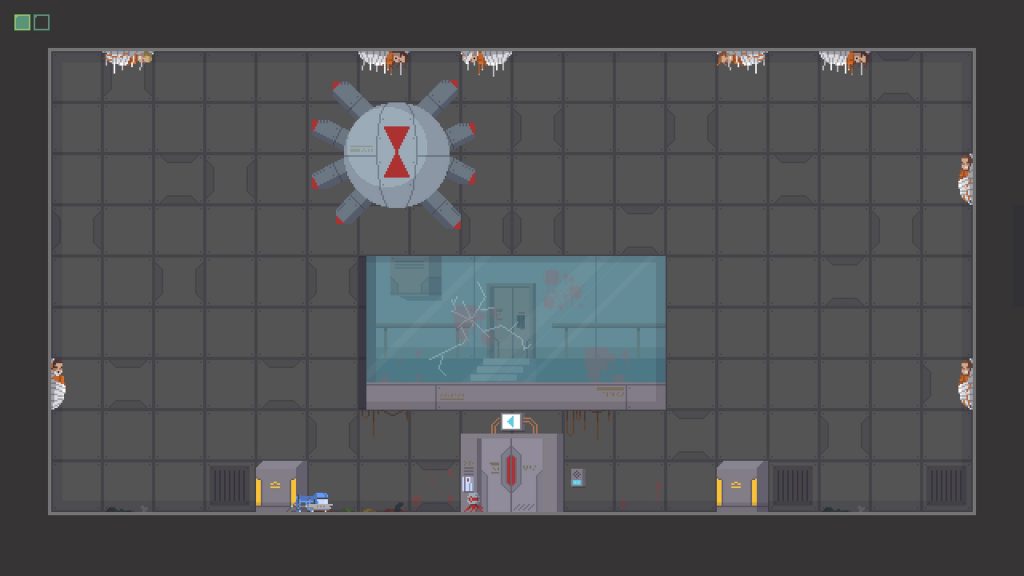 As with most games published by Ratalaika this isn’t going to leave a lasting impression but for £3.99 you also can’t complain too hard about what’s here. It’s short and inoffensive and you get two platinums very quickly. If that’s your thing then you can’t go far wrong with Paradox Soul. If you turn your nose up at that sort of thing then it doesn’t really offer too much and maybe you’d be happy with the free browser version.

Paradox Soul
5 Overall
Pros
+ Two platinums
+ Doesn't outstay its welcome
+ Deaths are forgiving
+ Bosses are quite fun
Cons
- Clunky controls
- Repetitive environments
- A shallow Metroidvania
- Map is missable
Summary
Paradox Soul is another Ratalaika title that offers two platinum trophies for the price of one. A quite simple and straightforward Metroidvania, but for the price you can't complain too hard about the run time.