After a long period of development and a prolonged spell in early access, The Long Dark finally sees the light of day. Boasting a realistic and tough survival experience, Canadian developers Hinterland have brought their bitter winter wilderness to current consoles. Has the wait been worth it or has time caused enthusiasm to cool? 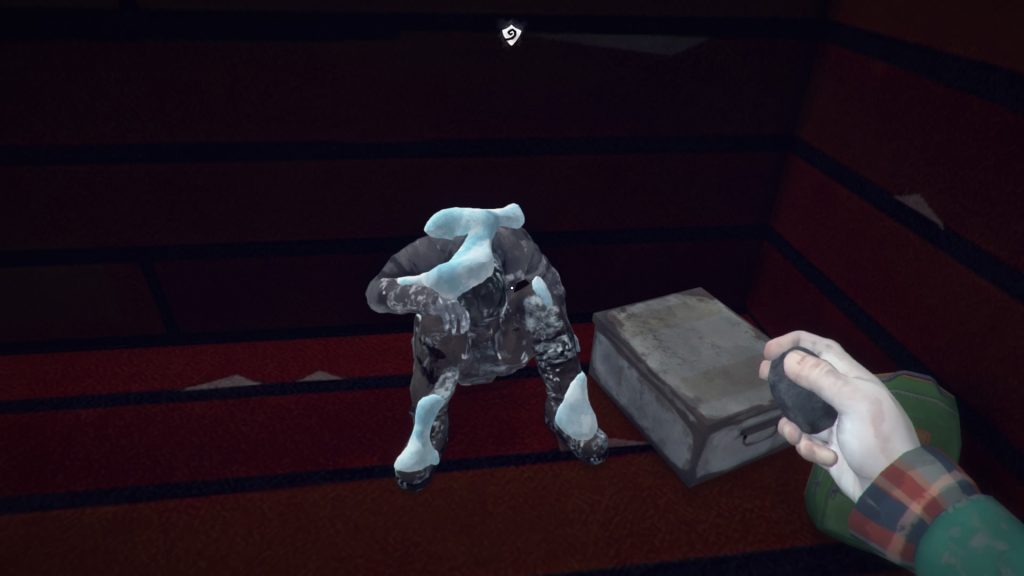 The new inclusion of this final build sees Wintermute, a bespoke story mode added to the package. Featuring the voice talents of David Hayter, Mark Meer and Jennifer Hale, this narrative journey begins with an unfortunate plane crash. Beginning as pilot Will Mackenzie, you’re wounded and in desperate need of shelter. You’ve been separated from your companion and the story mode tries to contextualise why the crash happened and provides you with a framework for dishing out the game’s survival mechanics.

Wintermute delivers a very condensed version of The Long Dark‘s offerings. Tutorials are plentiful but they don’t seem to go deep enough. Whilst the early going keeps you in a narrow area, you can still feel out of your depth. Newcomers might want a wiki at hand to plug any initial gaps in their knowledge. Also, despite being an obvious training area, the default difficulty provides a very strict, unforgiving challenge. 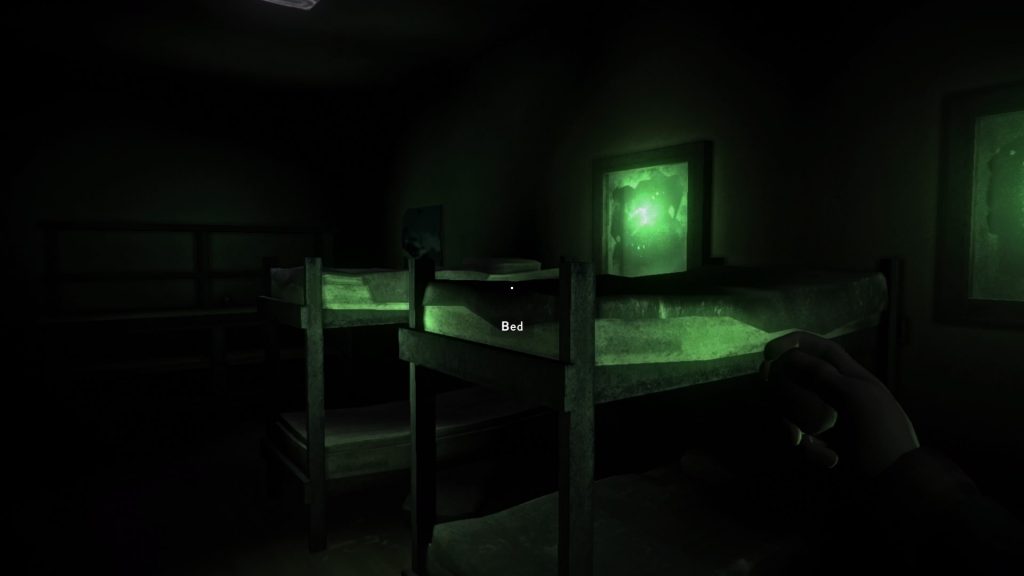 You know the drill by now. Survival means managing numerous meters that dictate your hunger, thirst, temperature and how tired you are. These drain fast and give the game an urgency which can be overwhelming. It behoves you to plan your day around what you need and then focus on whatever other objectives you have to tackle to progress. Days in this mode tend to conclude after completing these tasks. With some of these being rather short, I wonder if the meter drain has been scaled appropriately. Unfortunately, it seems to colour the episodic content with an inconsistent flow. It’s an interesting way to introduce someone to the wild outdoors and the marquee actors handle their lines well. It’s a shame it doesn’t pull together cohesively. On top of that, only two episodes are available at launch. Wintermute feels like a poor way to play The Long Dark, although future instalments might turn my opinion around.

The game really gathers momentum in the Survival mode. There’s no way to win besides death and difficulty options are available. You can choose starting areas, each with their own hazards and landmarks. You can then travel between them as you see fit. Here, The Long Dark becomes a more interesting beast. Your only real objective is to endure as long as possible and, as a result, you’re scavenging for everything. I enjoyed it much more, after taking what I learned in Wintermute. Finding workbenches and new tools open new opportunities up to improve and repair gear. You’re given a lot more time to consider your options, in contrast with Wintermute’s urgency. 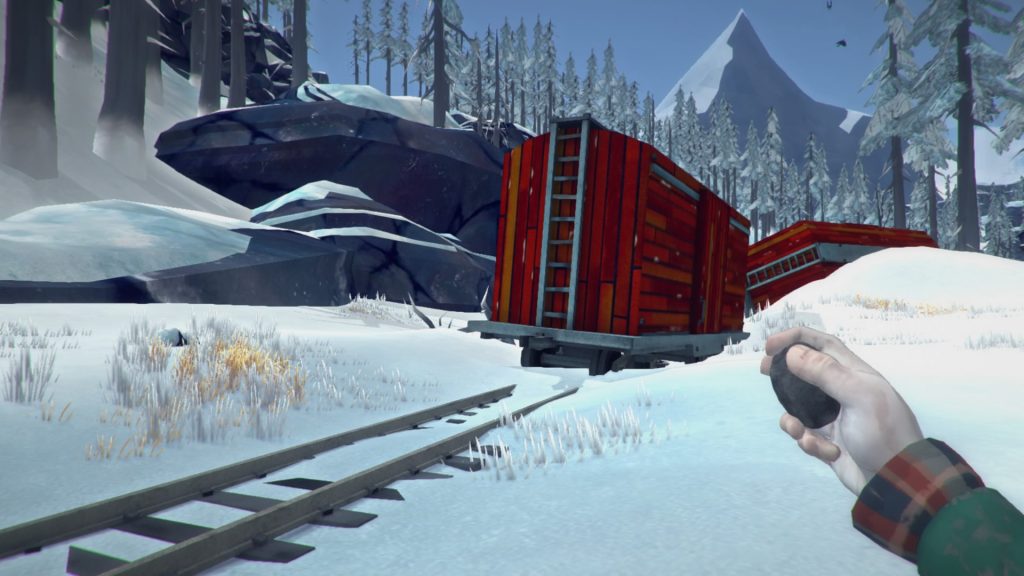 Exploration is one of the game’s greatest aspects. I suspect, as you become more familiar with the map, you’ll encounter a lot less risk, although there’s always wildlife around to bring harm to you. Wolves and bears provide stern opposition and are best encountered through stealth and avoidance. You could always turn the tables and harvest them for hide and meat, once you’re confident with a weapon. I never got the hang of aiming rocks at smaller prey. You can pillage fresh deer corpses for meat and guts and I get the sense that, if you’re desperate enough, everything is up for grabs.

Finally, a Challenge mode gives players something more unique to strive for. These take place in specific areas with a single goal to be accomplished. They all carry different levels of challenge with all of them seemingly geared towards experienced individuals. Completion nets you badges which grant you with passive, permanent upgrades. Some will require serious time investment but the change of scenery and the compulsion of the survivor mode should hopefully see you through.

It’s worth noting that this game looks nice. The winter wonderland is beautifully rendered with a day / night cycle that really impacts the palette. There’s an eeriness to the night as the northern lights permeate the starry sky. Detail’s not high on the agenda which benefits the game when you’re scouring the ground around you for new loot and essentials. Sound design is handled perfectly with ambient music arriving subtly to indicate new areas or impending threats. Bird song punctures moments of silence and streams rush by to give you sense of just where you are in the world. 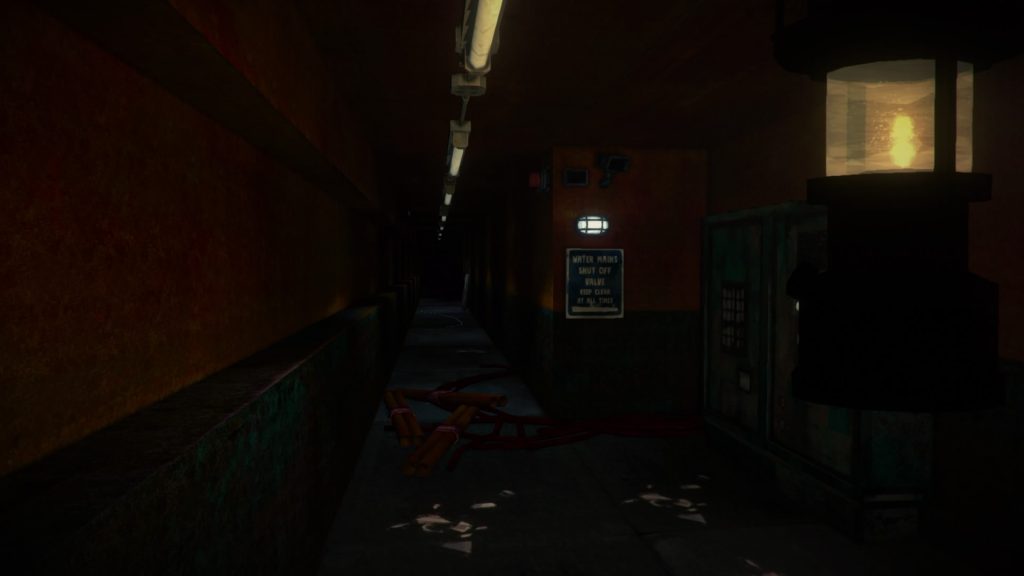 It’s not in the greatest of fidelity but it does serve up a treat. When left to your own devices to forage and camp, it’s easy to see why The Long Dark has gathered such a following. It’s a real tragedy that the narrative expansion has left me feeling so indifferent. In what could’ve been seen as a great introduction for newcomers, the uneven pacing and repetitive structure wears thin. Hopefully the remaining episodes will arrive shortly to provide closure on a story that is well acted but somewhat poorly executed.

The Long Dark
6 Overall
Pros
+ A nice visual treatment.
+ Subtle sound design with great voice acting.
+ A strong sense of exploration.
+ Delivers a compelling survival sandbox.
Cons
- The story mode suffers from awkward pacing.
- Unforgiving difficulty.
- Tutorials fall short of offering newcomers enough information.
Summary
The Long Dark manages to fine-tune its survival aspects over a long development into something very compelling. With some great audio and visual work, the basic act of living alone out in a frigid, desolate landscape becomes an intriguing undertaking. I'm saddened the new narrative content falls flat, though. The pacing feels inconsistent with the objectives devolving into an elongated, brutal fetch quest. I'm growing into it but the real fun is in the sandbox rather than the tailor-made adventure.