I can’t imagine HB Studios expected to becoming the leading developers of golf sims but, with EA very much out of the picture, they’ve found themselves grabbing some PGA licensing.  With that, a touch of legitimacy arrives to a still very independent project. What the license does give you is a handful of official courses which look comparable to the original fantasy courses the series has got by on. If nothing else, it’s nice to see some consistency with the new additions not looking out of place against the stalwart courses. On the other hand, it shows the technology’s age a little and the look of The Golf Club hasn’t changed drastically over the years. 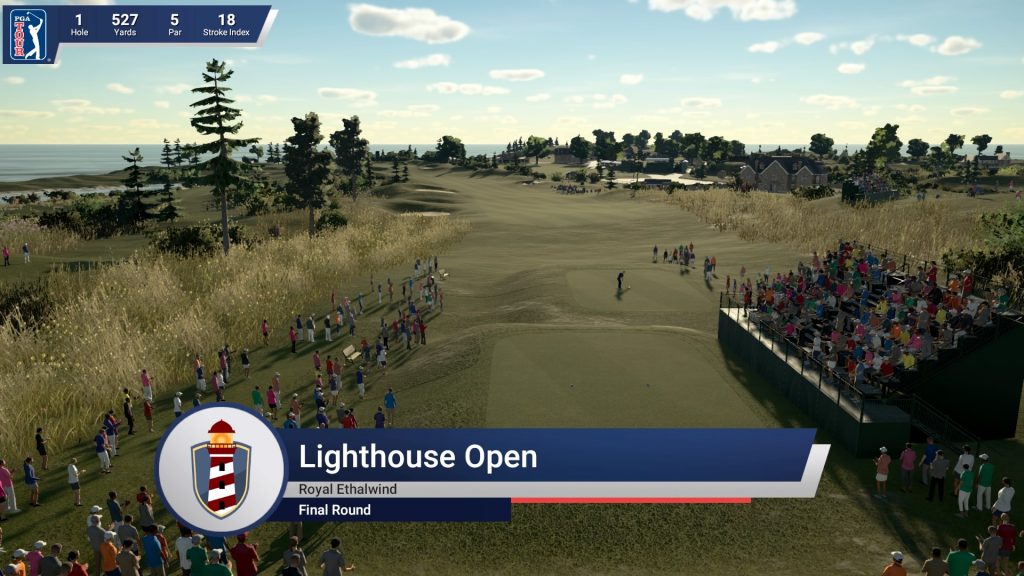 Mechanically, there’s no changes either. You do have the option to switch between standard and pro clubs for more precision and distance but the swing controls, shot modifiers and putting remains as they did back when The Golf Club first arrived. It’s very familiar which might wonder if the new effort is worth the change. Physics don’t feel particularly different either. Given the development cycle HB studios must be on, you wonder just what time they have to play with. That said, newcomers are catered for with a good tutorial and training modes. Driving ranges, chip and putting practice does allow you to tinker with your swing and figure out range.

The course introductions and overhead views still portray the same pop-in the Unity engine can’t seem to shake and visuals remain functional if not spectacular. Greens and fairways still have a lush feel to them but crowds remain subdued, bland and there’s a certain prefabricated nature to some of the buildings. If you’re coming to the series for the first time, it might not seem too much of a problem but anybody returning might wonder if there’s anything new for them. 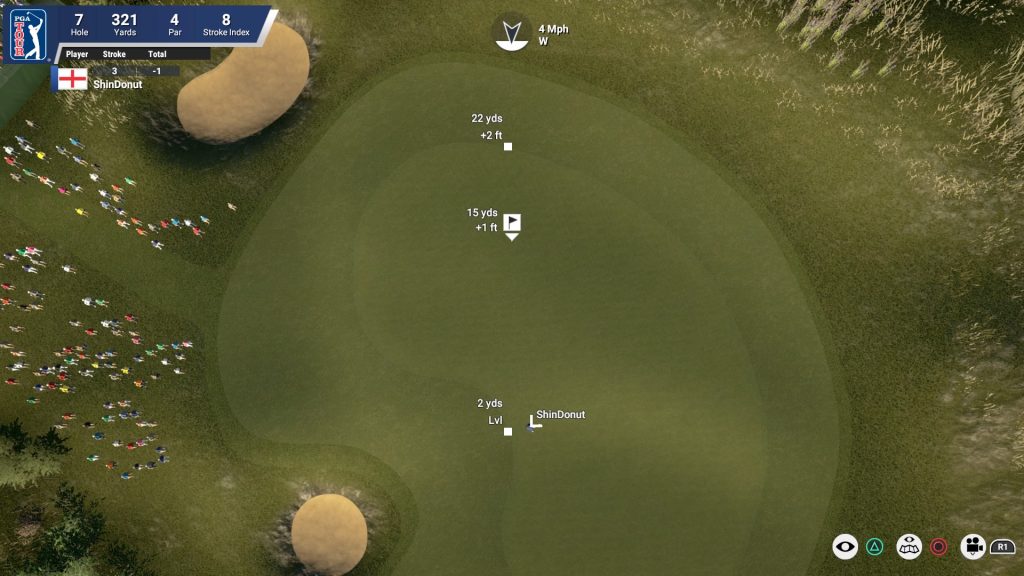 Sound remains as calming as ever with the relaxing tones of the menus and clubhouse filling the ears. Out on the course, the birdsong and occasional squirrel creep onto fairways and do well to portray signs of a living course. The encouragement from the commentary team is welcome and, much like previous years, they don’t dwell on missed opportunities much and remain slightly upbeat, regardless of your performance. On the tour, they function more as a duo covering an event which helps sell the authenticity of the career mode.

The new PGA courses do allow for a new career mode that feels more complete. It has a simple enough progression. You can enter in events for a share of the prize purse and attempt to meet sponsor objectives with your performances. You can’t really choose sponsors and they tend to feel like missions handed out by the game rather than interacting with a third party. Your ultimate goal is to succeed at the PGA championship but your path to it feels restrictive and linear. You don’t have branching paths and there’s no real tough decisions about what you enter for. Effectively, you’re given a single event and you can either enter or skip it. 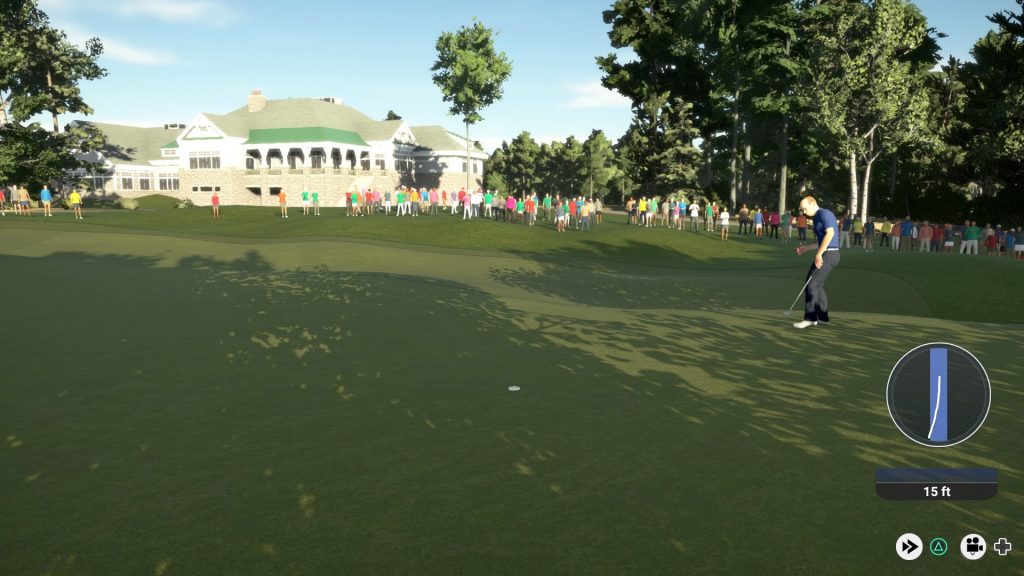 There’s just not a lot to it. Aside from the robust character creator, the career mode feels basic and has all the trappings of a career in the first year of execution. The rest of the game remains the same. You can take one single rounds at any of the new, original or created courses, setup some custom tournaments against others and the social aspects remain strong. Online plays decently and playing against ghosts still has the neat effect of their balls flying onto the course as you play your hole.

To me, The Golf Club 2019 feels easier. Birdies are coming more frequently to me and I’ve got a better grasp of putting range. If you’re experienced in the series, scores will tumble and this might feel less of a challenge than previous instalments. You are given more feedback in relation to your swing. Tempo, positioning and swing direction all get displayed after your swing which really helps you dial it in. It does make the screen look a little busier but the information you’re given feels more precise than before and helps you gain some real consistency with the club. 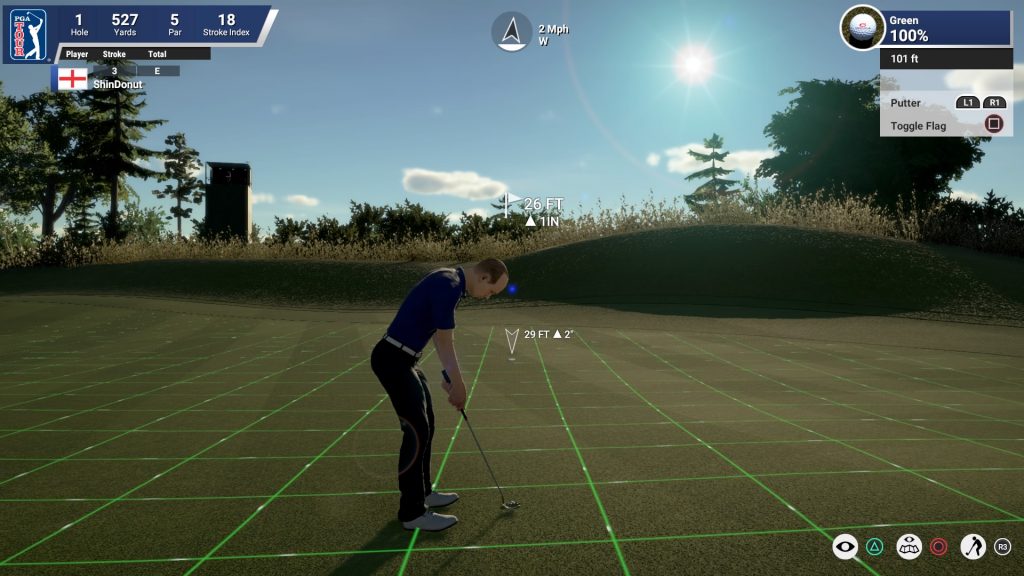 Lastly, the course creator remains incredibly versatile. I’m always impressed with what the community conjures up and, even at this early stage, there’s some imaginative courses being published.

The Golf Club 2019 doesn’t bring much new to actual golf but the PGA licensing has been used well to include six new courses and a career mode that, basic in appearance, at least gives players a new mode to focus on. It’s difficult to see if veterans fancy making the jump for this as the fundamental gameplay remains almost untouched. Newcomers might see the career mode as a means to get into the series which, to be honest, still does the essentials of the sport really well.

The Golf Club 2019
7 Overall
Pros
+ The new career mode gives the single player portion some focus.
+ The PGA license allows for six new, well-designed courses.
+ Great character customisation.
+ Robust social aspects and course designer.
Cons
- The golf itself feels identical to the previous effort.
- The visuals are showing their age.
- Not sure if the career mode and license is enough for veterans to tee up.
Summary
The fundamental golf experience is still aptly covered in The Golf Club 2019. The new courses and licensing give the game an authenticity welcome to the series. Veterans might want more from the core elements as physics, swing mechanics and the tools at your disposal remain too similar to previous titles. That said, the new career mode and character customisation might be enough to keep players coming back. Newcomers will probably find this a more acceptable starting point as the series starts to take on a more complete shape.