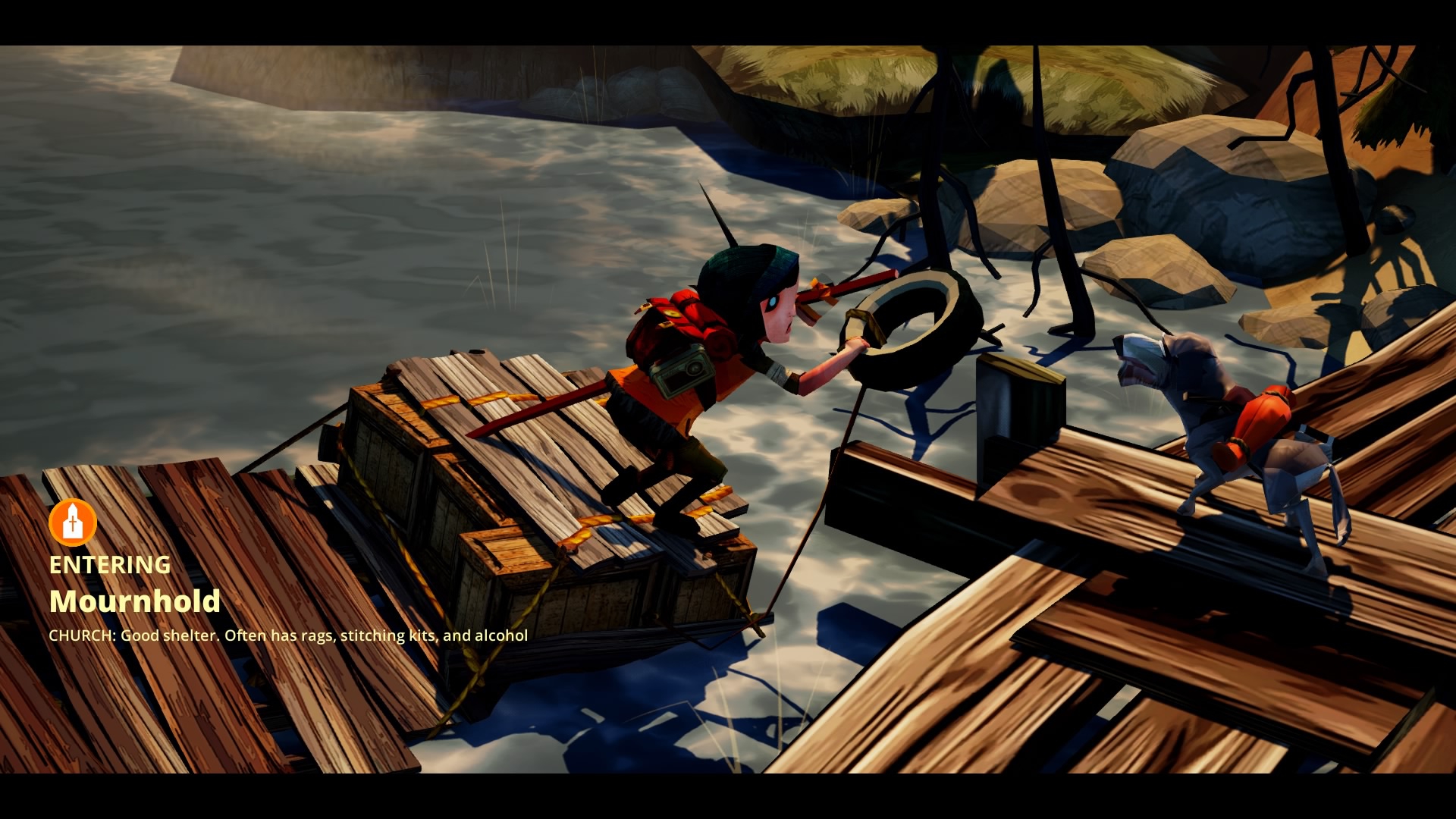 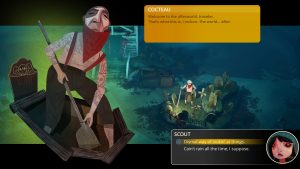 Some games have pedigree and The Flame in the Flood is a very interesting proposition.  It is made by a small developer called The Molasses Flood, made up of people who’d previously worked on such big titles as Bioshock, Halo 2 and Rock Band.  This pedigree allowed the game to be successfully crowd funded, smashing the target set.  It was originally released on the PC and Xbox One last year and has now made it over to the PlayStation 4, and we’ve taken a look at it.

The Flame in the Flood is a crafting and survival game based on a river in a post societal America.  As a survival game there are four gauges you have to manage; hunger, temperature, thirst and tiredness.  However you can’t just nip to the nearest supermarket and pick up some food as everything in this game needs to be crafted from raw materials scavenged from the surroundings.

The crafting works well here and has a great tiered structure with basic tools needing to be crafted before the more complicated and helpful items can be built.  I found there was about the right amount of crafting resources available, which allowed me to set my own mini goals to scavenge for particular items.  The crafting overlapped in a satisfying way too as another item to craft would often unlock after I’d created what I was aiming for, and the new item would in turn unlock new gameplay possibilities for me to explore in turn giving me new materials to experiment further.  Keeping the game fresh is the fact item placement is randomised and I never knew what I would find on each new island. 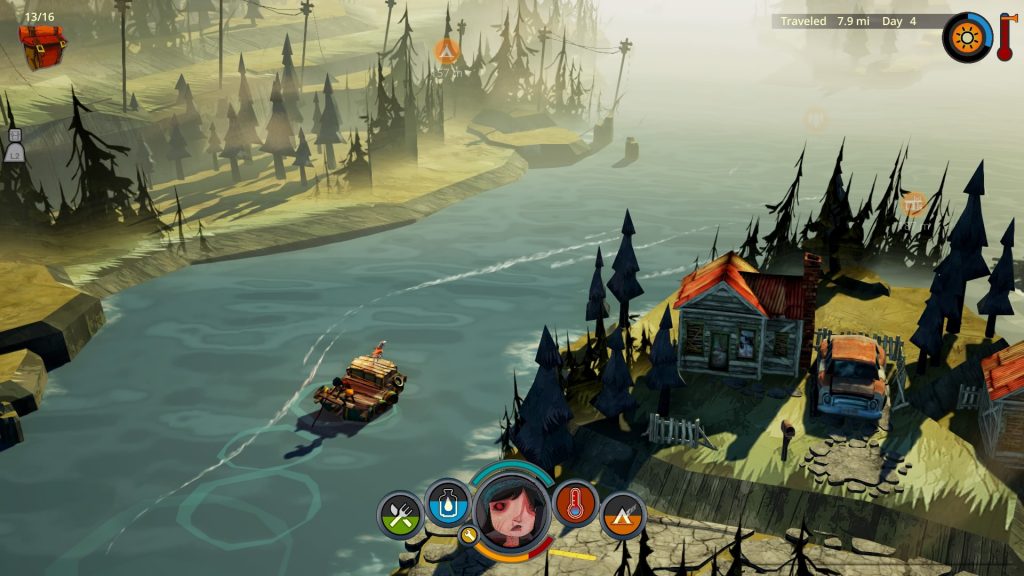 As much as I liked the crafting I loved the river you navigate down.  The river feels like a character itself with an organic and dangerous temperament.  The river flows round islands, taking various flotsam and jetsam with it as well as your craft.  Control of the craft is purposely limited, giving a brilliant feel of being at the rivers mercy, and it was easy for my fragile craft to be wrecked upon the various obstacles.  The river eddies and swirls around the islands and has currents which can save you as much as they doom you.  The river changes pace too going from placid millpond to raging rapids and torrential rain.  The more I played the more I came to respect the river and how this could both bring me to the safety of much needed supplies, as well as leave me exposed and vulnerable.

There is a story to The Flame in the Flood and this revolves around tracking down a radio signal.  As I progressed down the river there were various people to meet, however these added flavour rather than story depth.  The story is very much secondary to the experience though and the majority of my concentration came down to managing my various status gauges.  One of my criticisms is that the game is difficult and can sometimes spike based on previous decisions made.  There are also only limited check points to ease the pain of a wrong move as well.  One wrong decision, say making a tool at the expense of food, can have game ending consequences ten or twenty minutes further on.  This makes for a challenging game where difficulty spikes can creep up on you, as a result the story faded into the background as I struggled to stay alive. 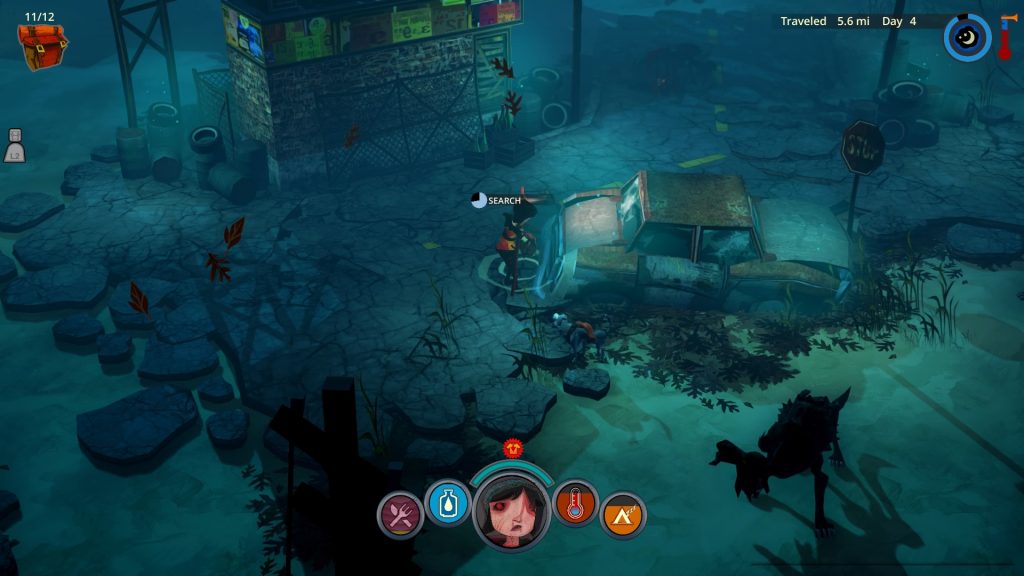 The loop of this game is based around island hopping.  Taking the craft from one island to another to scavenge for supplies, maybe craft something new but then push onwards.  There is no looking back as the flow of the river ensures this is purely a one way trip.  The islands are randomly produced so I never knew exactly what I’d find at each new dock.  In between all the island hopping I was also managing my various status bars and trying to upgrade my meagre supplies, it was like spinning multiple plates at the same time.  However as I persevered things got a little easier and started to fall into place.

I’m of a mixed mind when it comes to the presentation of this game.  I can appreciate the quality of the graphics and it is clear a lot of care and attention has gone into the overall design.  However the style didn’t gel with me and I found it looked just a bit ugly.  There are some nice touches on display such as the red eyes which appear in the forests at night and the way sun reflects off the water, but a lot of the game looks somewhat samey and I wasn’t won over by the character design in particular.  Adding to my feelings here is the fact the game uses a lot of randomly generated aspects which can result in assets being reused too often.  On the other hand the music by Chuck Ragan is a great fit for the tone of the game and something which really adds to the overall experience. 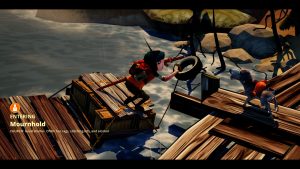 The Flame in the Flood is an enjoyable game, but not one with a great story.  I like the way the river has a personality and the finely balanced crafting tree has a great level of depth to it.  The sound track matches the tone of the game perfectly and while the difficulty can sometimes be a little harsh, it never feels unfair.

The Flame in the Flood: Complete Edition
7 Overall
Pros
+ The way the river is characterised is great + A finely balanced upgrade and crafting path + Has a great soundtrack
Cons
- The difficulty can spike in unexpected ways - The story never really hits - I didn’t enjoy the art style
Summary
The Flame in the Flood is an enjoyable game and the survival and crafting elements work really well together. The random aspects add a degree of difficulty which can spike in unexpected ways. Happily though the wonderfully realised river helps the game rise above it's flaws.