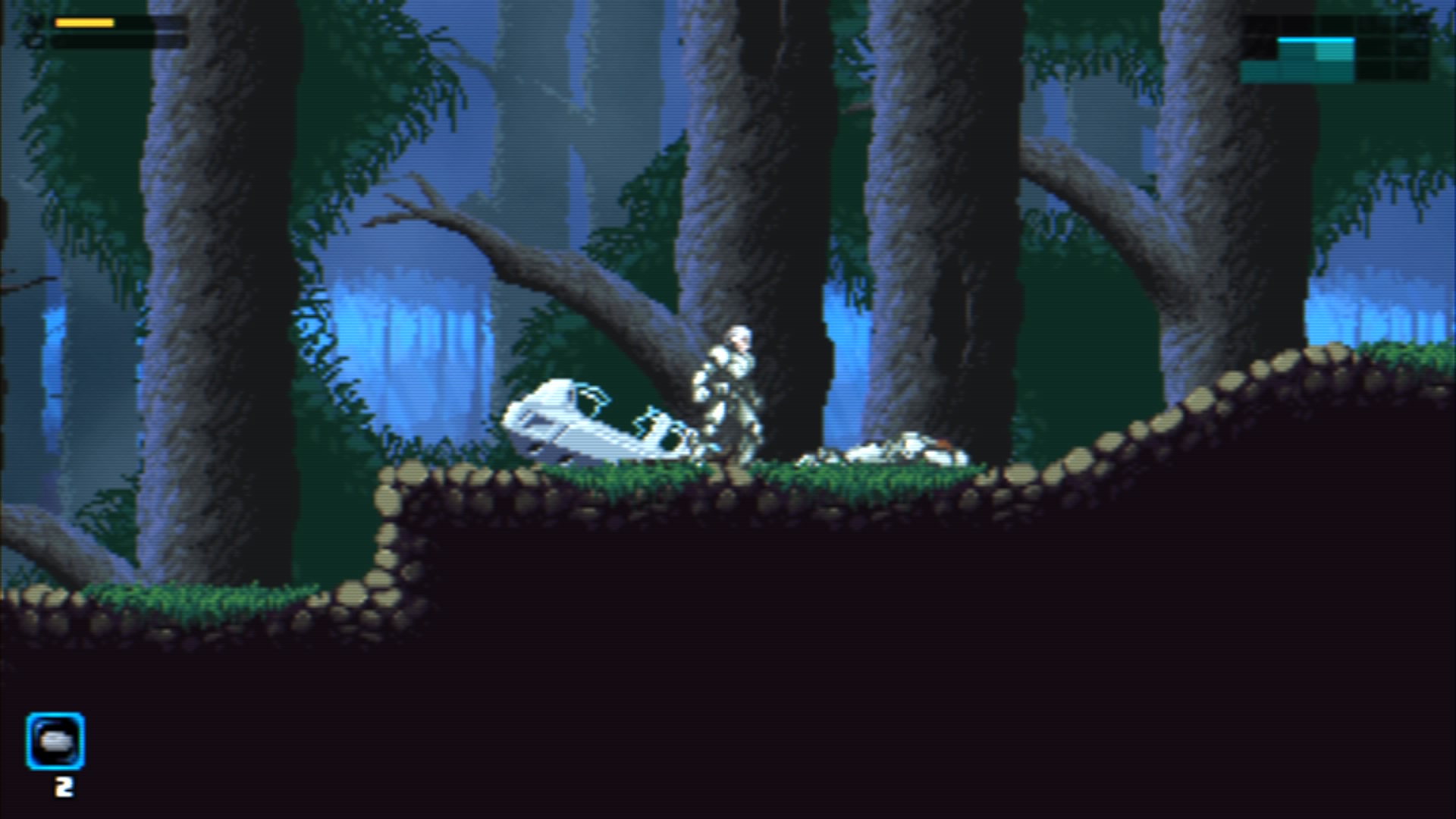 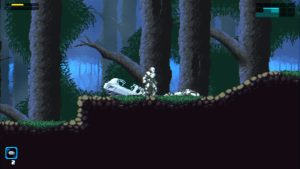 I love a bit of retro shenanigans and Exile’s End is going straight for the jugular with a game which looks and plays like something from the SNES era.  Exile’s End is a game crafted from nostalgia, a game which takes inspiration from the 8-bit and 16-bit games the developer played while growing up.  You can see this writ large across everything in the game from the colour palate to art style, even the music is composed by an industry veteran, Keiji Yamagishi, the same man responsible for the music of Ninja Gaiden on the NES.

You play a mercenary who’s been sent to investigate the disappearance of the son of a company president on a remote mining planet.  As your team approach the planet all hell breaks loose and you are the only survivor with no supplies or weapons.   Yes we’re firmly in Metroidvania territory now.  For any who’s not played one before this means you’ve got a 2D map made up of individual interconnected rooms.  Progress across the map will see you find upgrades to allow you to progress further, or back track to previously out of reach destinations.

As with a lot of indie games now this has that odd sharp quality to the graphics which makes everything crystal clear and a bit cold.  The stroke of genius here is a filter option available which smoothes the game out and makes it look legitimately retro.  This is a brilliant addition and results in the game nailing the SNES vibe, as in the picture above.  Outside of this neat graphical touch though I was initially a little underwhelmed by the art and enemy design.  Early on most of the locations look very samey but stick with this as the backgrounds get more varied and there are some good alien designs later on.  Exile’s End is consistent in it’s design but the design itself never really wows.

I was really impressed by the solidity of how Exile’s End plays, everything works as it should.  The face buttons control jumping and shooting and your shoulder buttons are used to cycle through the available weapons or tools.  The environments feel solid and there is a weight to your movement which makes the platforming sections brilliant to play.  The game also doesn’t punish you for dying as you’re almost instantly back in the action with zero load times which is great for keeping you playing. 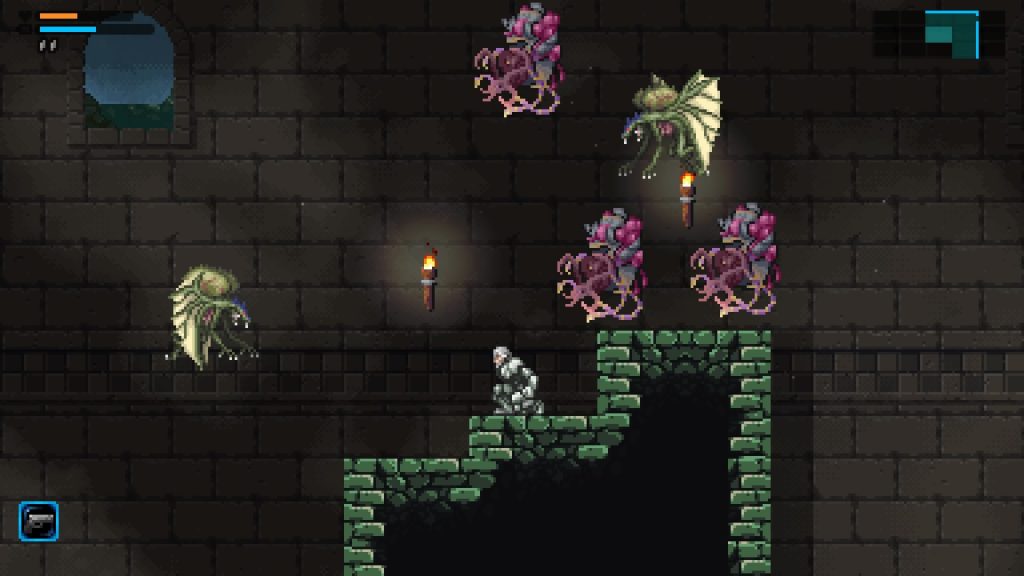 Whilst the game is good in the moment to moment play I felt there were some failings with the design of the maps which affect my overall enjoyment of the game.  The maps are complex affairs which intertwine with each other in numerous ways, clearly very intelligently designed.  What I struggled with though was a lack of clear signposting, the game gives zero signposting as to where you should be going to next.  This isn’t an issue at the start of the game as things very much progress in a linear fashion, however, by the later stages when you’re fully tooled up and have access to multiple maps the location of your next goal can be very unclear.  This results in long periods of time spent looking at maps and backtracking in an almost aimless way.  Backtracking in these kind of games is always part of the experience but often the game gives you some indication of where to go next.  The lack of any kind of direction makes the backtracking feel laborious and like a cheap way to extend the life of a relatively short game.

Outside of the main game there is also a neat survival mode which sees you trying to clear a map of all enemies in a tight time limit.  As you progress through this mode you’ll unlock upgrades to help you along.  It’s a nice feature and gives a nice break from the main game, but realistically nothing that will keep you coming back for more.  Once you’ve completed the game there is also a speed run mode and harder difficulty setting to round out the package. 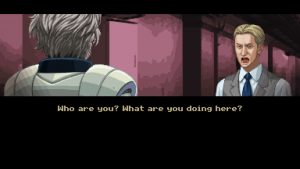 Overall there is an awful lot to like about Exile’s End with some great music, intelligently designed maps and great retro feel throughout.  This is a nice little package which is produced to a very high standard.  However the reliance on backtracking and the lack of any real objective markers makes this game harder work than it ought to be and one which I can only recommended lightly.

Exile's End
7 Overall
Pros
+ Great music + Feels authentically retro + Brilliant retro filter
Cons
- Lack of signposting makes the backtracking frustrating - Not a massive game by any stretch - Art design never really stands out
Summary
Exile's End feels like a genuine retro classic, right down to the excellent music. However, a reliance on backtracking with no real signposting stops this from becoming a future classic itself.