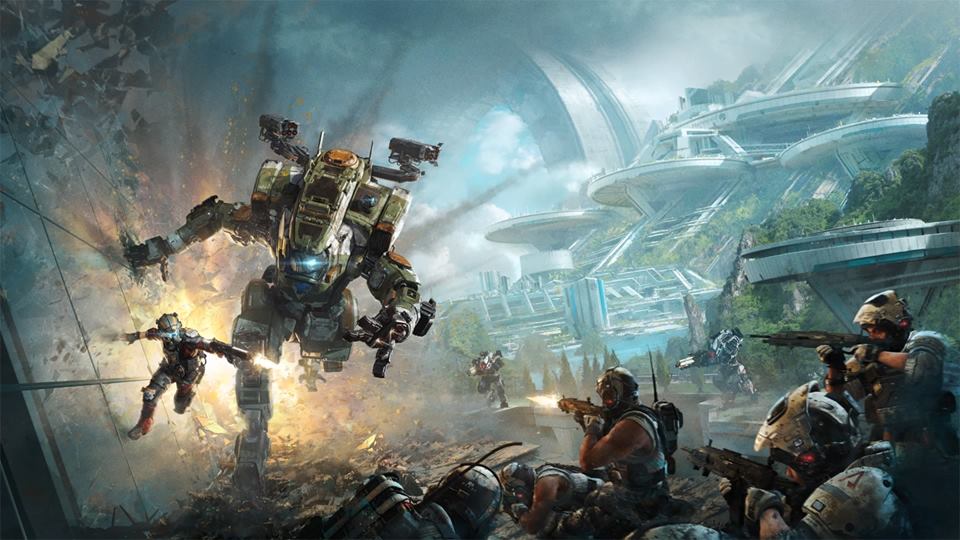 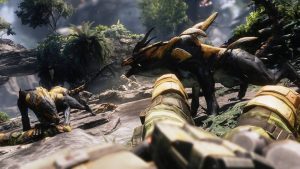 It’s that time of the year again. That wonderful time when EA, Activision and others crawl out of their caverns, dripping with sweat, blood and enthusiasm about their new AAA games. As much as fans or ex fans like to protest, this is the time in which their wallet is forced open as they have to pick and choose which one they will support. The internet would have you believe that Battlefield is “The One” this year, kicking their main rival where it hurts by being there to steal the limelight of the ever present looming Call of Duty instalment. However we all know that the latter will sell the most by default, it always does.

It isn’t my favourite time of year for those previously mentioned titles, part of the November fun comes down to picking the underdog, the veritable David amongst the Goliaths that are all too busy wrestling each other for number one. The results of this experimentation vary greatly, with some titles like Fallout 4 hitting the ground running, while others like Killzone: Shadow Fall falling flat and fading into obscurity. This year the David is Titanfall 2, a son born of privilege that has automatically been pushed aside to make way for the heavy hitters, despite having plenty to offer.

Titanfall has had a bit of a sore run. Starting out life as an Xbox One exclusive it was potentially doomed to being a flash in the pan. It capably mixed the classic boots on ground style warfare of Call of Duty with the added ability of wall running, power sliding, oh and the ability to summon a massive robotic death machine that could be used to wipe out everyone you saw. It was excellent and had all of the right elements to make a hit AAA game, however thanks to the exclusivity, lack of single player and poor tactics regarding season passes it soon fell out of favour with even the most ardent fan. Now Titanfall 2 is here it is a good thing to see that the three major shortfalls of the previous title have been solved. Gone is the season pass, rather than split the playerbase by releasing new maps and modes Respawn have decided to give all future content for free. Also gone is exclusivity, now our PlayStation 4 gamers have the ability to enjoy one of the most fast paced and frantic first person shooters on the market (behind Doom of course.)

Then of course there is the third element. The single player. 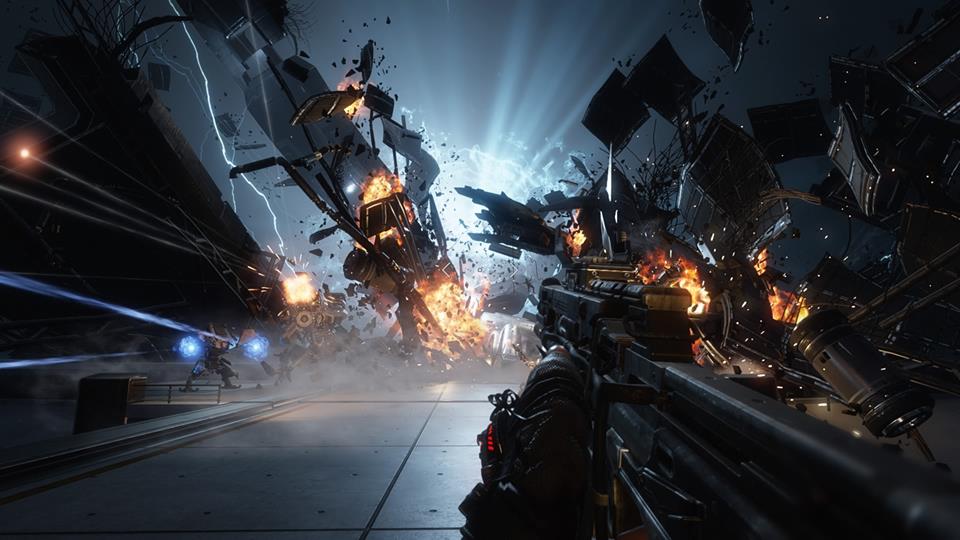 Things start of fairly standard and somewhat cliché. You play as Cooper, a lowly rifleman who shows great potential and is training to be a pilot, a standard of soldier that is not only more agile and more deadly than most but also the only troop that is able to neurologically link with their Titan robotic buddies. While engaging in some pilot training an alert goes off for your team of militia to go and defend a colony that is currently being attacked. Things don’t go well and long story short you end up with your very own Titan named BT-7472 who Cooper needs to team up with to rendezvous with other surviving members of your team. That’s the basic jist without giving any of the great stuff away, in fact there is so many great moments of the campaign story wise that I wouldn’t want to spoil a second. It defies expectations in so many ways after the familiar start that I was genuinely gobsmacked at some of the stages and tasks. Some of which felt like they were taken from the Nintendo school of game design where you get offered new ideas and then it changes up more before the puzzle outstays its welcome.

Titanfall was all about movement and how your character catapults across the environments to get to their next kill. The single player demonstrates this beautifully by giving you a linear but conducive playground in which you can perfect your parkour skills. It is as much a puzzle platformer as it is a FPS and it blends beautifully. There is nothing quite like running up a wall, hopping between two as you leg it over a pit of naked fire, only to land in a power slide, scooting below a low door while gunning down infantry in your way. The sense of empowerment is exhilarating and worth the asking price alone. It says something that the original Titanfall spawned copycats, even those of the big dogs like Call of Duty. But this movement has never been bettered.

The single player also shows the ropes of almost all of the elements of multiplayer. It teaches you in particular about how each of the Titan loadouts work. For instance the Scorcher type Titan uses fire based attacks that can wittle away at enemy Titan health, or be used as a shield to burn projectiles before they hit you. Or the Ronin class loadout which sees your Titan use a massive slab of metal as a sword to both whack enemies into oblivion or send electrical surges through the air with the arc slash. As the pilot you get to also play with every weapon on offer, both anti ground troop or anti titan before you take them online. Even if you are a multiplayer only fan the single player is worth going through for that alone, stay for the brilliantly creative beats of the story however, it’s one hell of a ride. 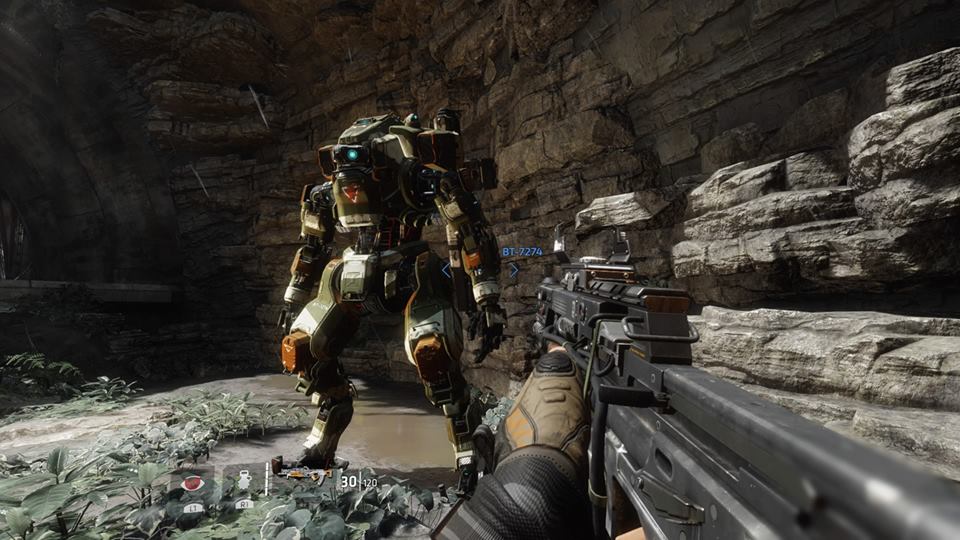 While solo play is great for those that want a bit of background, Multiplayer is the aim of Titanfall’s game and it also excels in this department. Online matches are just as frantic as the busiest moments of the campaign and there is plenty of variety to enjoy also. There are currently eight modes of play and a handful of maps to get sunk into. Your typical gametypes are present, with team deathmatch (attrition) and king of the hill (Amped Hardpoint) but there are also modes which give specific limits such as last Titan standing which pits two teams of five titans against eachother, This is a very fun mode for just how many strategies you could theoretically run at any given time. Rather than stay in your titan for instance, you can jump out and play as the pilot at any time. This gives you the oppurtunity to jump on enemy Titans to remove their batteries, weakening the enemy player but also empowering your Titan by replenishing its shields or in other modes, allowing your titan to jump in quicker. In the Last Titan Standing mode however the stakes are raised ever more slightly as when you die you have to sit the round out, making those strategies count all that much more.

But the main reason the Titanfall 2 multiplayer succeeds is within the somewhat fair balance of rewards within the moment to moment gameplay. Other shooters would have the more successful players getting all of the more fun toys with kill streaks and due to those rewards being varied it can often be hard to figure out how to counter it, or improve on your own fortunes. In Titanfall 2, everyone gets at least one Titan drop in game. While the winners get more chances to jump in their smashy death robots, others will earn these over slightly more time and it often works as a good catch up mechanic, which is the games way of giving them a fighting chance against the wunderkinds of the internet. 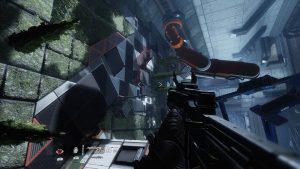 The fast paced nature of the singleplayer is also replicated within the multiplayer, with all of the pilots being able Usain Bolt around the environment with ease. There are often extremely fun moments of cat and mouse as a player tries to out parkour the other as they dip in and out of cover or when one player is in a Titan, trying to melee swat a player as they pester at it with their somewhat ineffective bullets. Thanks to this, there are also those fantastic breakout moments when you are able to achieve that stylish kill by stringing together free running moves and a high velocity boot to the face. It feels fantastic.

Titanfall 2
9 Overall
Pros
+ One of the most creative single player campaigns of the last ten years + The mixture of high speed parkour and shooting feels as great as ever. + Varied multiplayer modes with fun new gametypes + Looks stunning during certain moments
Cons
- Can be a bit daunting for new players online - Not as many people playing online as there could be
Summary
Titanfall 2 improves on the original in almost every way, it takes the frantic action and amps it up even more in both the multiplayer and the brilliant new single player mode. Couple this with the consumer friendly DLC approach, excellent visuals and creativity and you have one fine game. Respawn have outdone themselves.