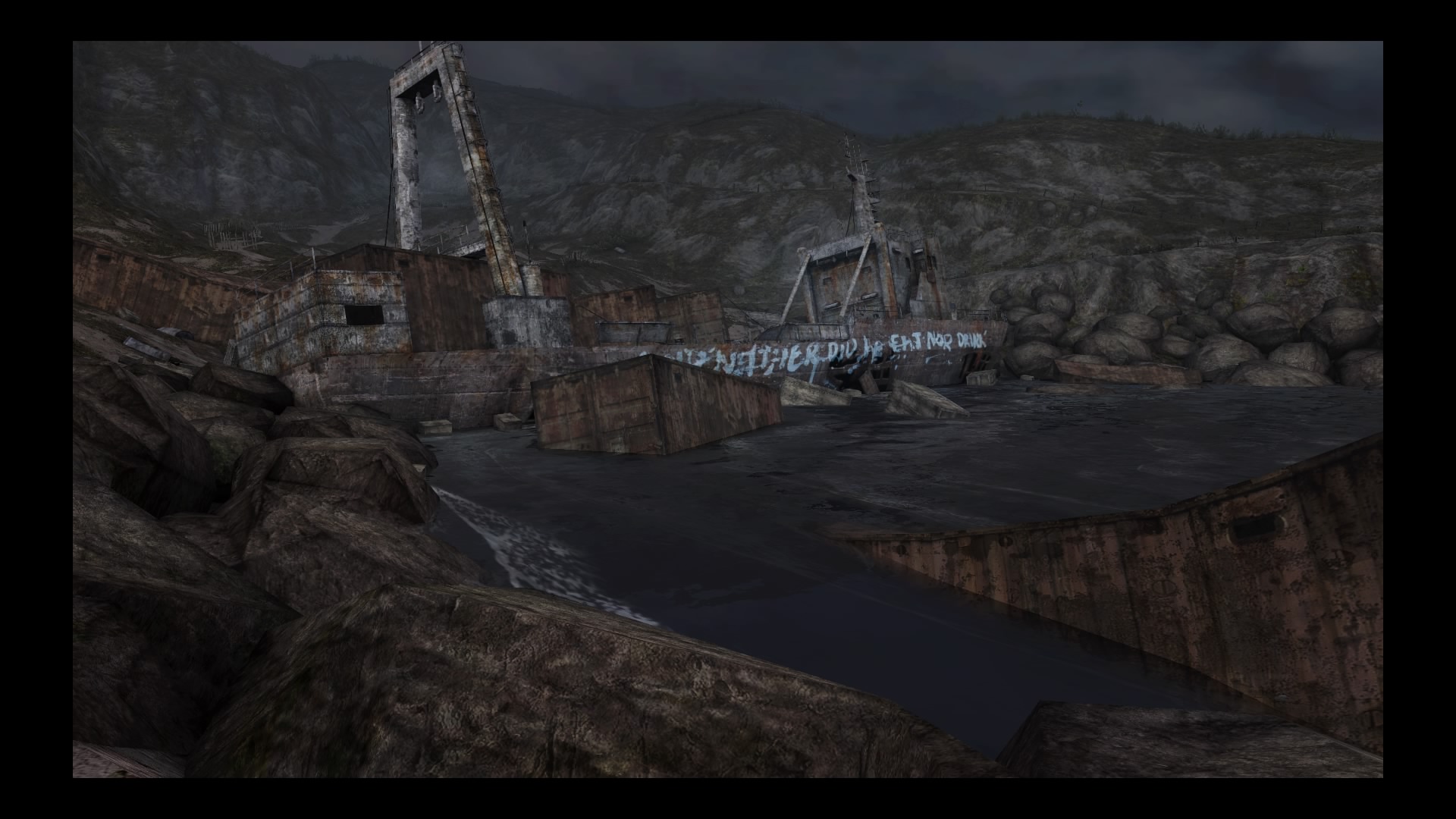 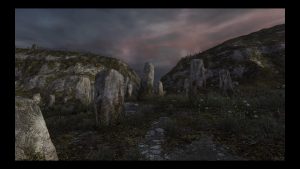 Originally a Half-Life 2 mod, Dear Esther became a commercial product in 2012. Four years later, an expanded and repackaged version of The Chinese Room’s breakout hit has arrived on the current generation of consoles. Its arguably one of the founding moments of the walking simulator phenomenon and I’m curious to see whether time has been kind to it.

The story begins with you arriving on a Scottish island with an inner monologue (possibly your own) recounting a letter to Esther. As your solitary character in this tale, the narrator is your sole point of information about Esther and what has or may not have happened to her. Nigel Carrington’s performance can’t be faulted, even if what he’s reading can occasionally ramble. It’s an unfortunately wordy text that can certainly turn people away. At times it’s like someone who’s struggling to hammer the Thesaurus for adjectives and it can be very hard to parse facts from a source that may not be entirely reliable. It’s something Dear Esther plays a lot with and, for better or worse, it at inspires some deep debate. 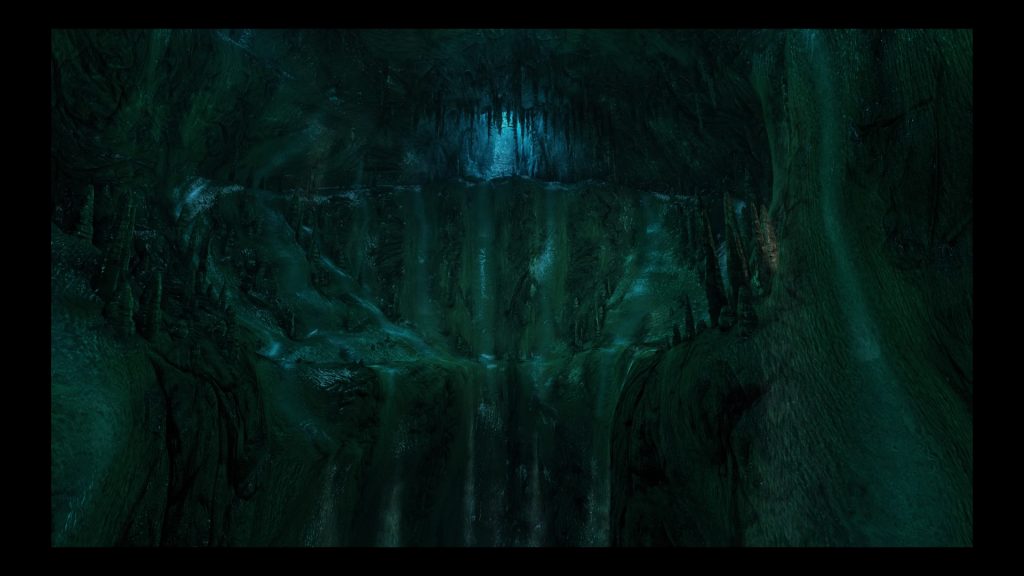 As far as interaction goes, it keeps things minimalist. You can move across the landscape in search of triggers to deliver the next piece of narration and that’s it. You walk and someone talks. I don’t have a huge problem with this as it allows me just to linger on details but, if you want something to do that’s a little more involved, you’re going to be disappointed. The island’s paths are mostly linear but there are some enticing alternatives as you seek out more snippets of voice over or things to look at and investigate. The remaining buttons on the controller are there to zoom your view in so you’re encouraged to look and ponder over clutter and scenery. You can’t run in this game but the pacing rarely feels labourious. Audio does appear to trigger at some of the most opportune times so you can stop and admire a vista whilst the story is fed to you.

Visually, Dear Esther really impresses. The source engine can do marvelous work and the bleak hillsides soon give way to some seemingly impossible, gloriously illuminated caves. At times it seems surreal and the quality doesn’t seem to dip once you’re spat out into the cold night. I also want to stress how wonderful I feel the sound design is. Wind just harasses your ear drums and the greenery and it can all sound and look harsh and isolated. A well-crafted soundtrack interjects at key moments which certainly helps imply a sense of progression and build. It really comes into its own as you walk through the caves with a haunting music complimenting the magnificent sights. 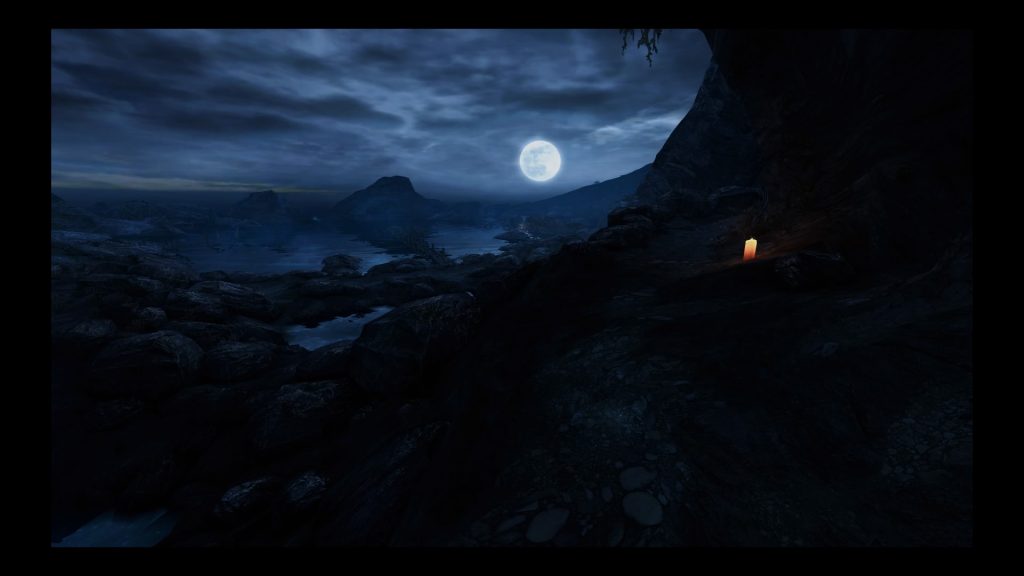 And it does build. Even with the game’s very brief runtime of about ninety minutes, it leads to a conclusion. The narrator’s voice becomes more frantic, your surroundings take on more sinister elements and then it’s over. There are incentives to replay. Director’s commentary is on hand to provide some more context to the story as the folks at The Chinese Room talk inspirations, challenges and themes. Certain props are randomised which can give the further playthroughs a different context, although you’ll get to a point where your own conclusions are drawn and put completely to bed. If you’ve already ventured into this game on PC, there’s little to entice you back aside from the commentary. 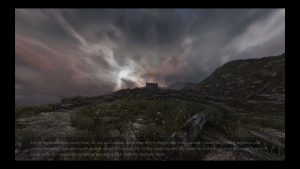 That’s part of why the brief nature of Dear Esther doesn’t rub me the wrong way. You might dive back in for a touch more closure or clarification but I didn’t finish this feeling that something was lacking. Given how much this genre has bolstered and strengthened since Dear Esther’s original release, I was concerned this would feel its age. There’s a reason why this endures. It’s a combination of great writing, music, art and a voice performance that brings together something cohesive and memorable.  First-time players will have to contend with the bloated script but, now this genre is more defined, it should find its audience more cleanly.  Dear Esther is a short, sharp experience that is worth paying time an attention to and Director’s commentary is a great addition to help provide some motives and meaning from something pretty special.

Dear Esther: Landmark Edition
8 Overall
Pros
+ Detailed, interesting environments. + Great, sometimes haunting soundtrack. + Director's commentary is insightful. + Excellent voice work from Nigel Carrington.
Cons
- Interaction is kept minimal. - Incredibly brief. - A wordy, potentially pretentious script.
Summary
As a first time player, I happened to really enjoy Dear Esther's bleak trek across a mysterious Hebridean island. The tale felt like a deeply personal one and, although the narrator's wordiness can and will tend to grate, I can appreciate and engross myself in what the Chinese Room have provided. There are moments of genuine impact and it's an experience very open to interpretation. Your interpretations will ultimately colour how you see this brief encounter.