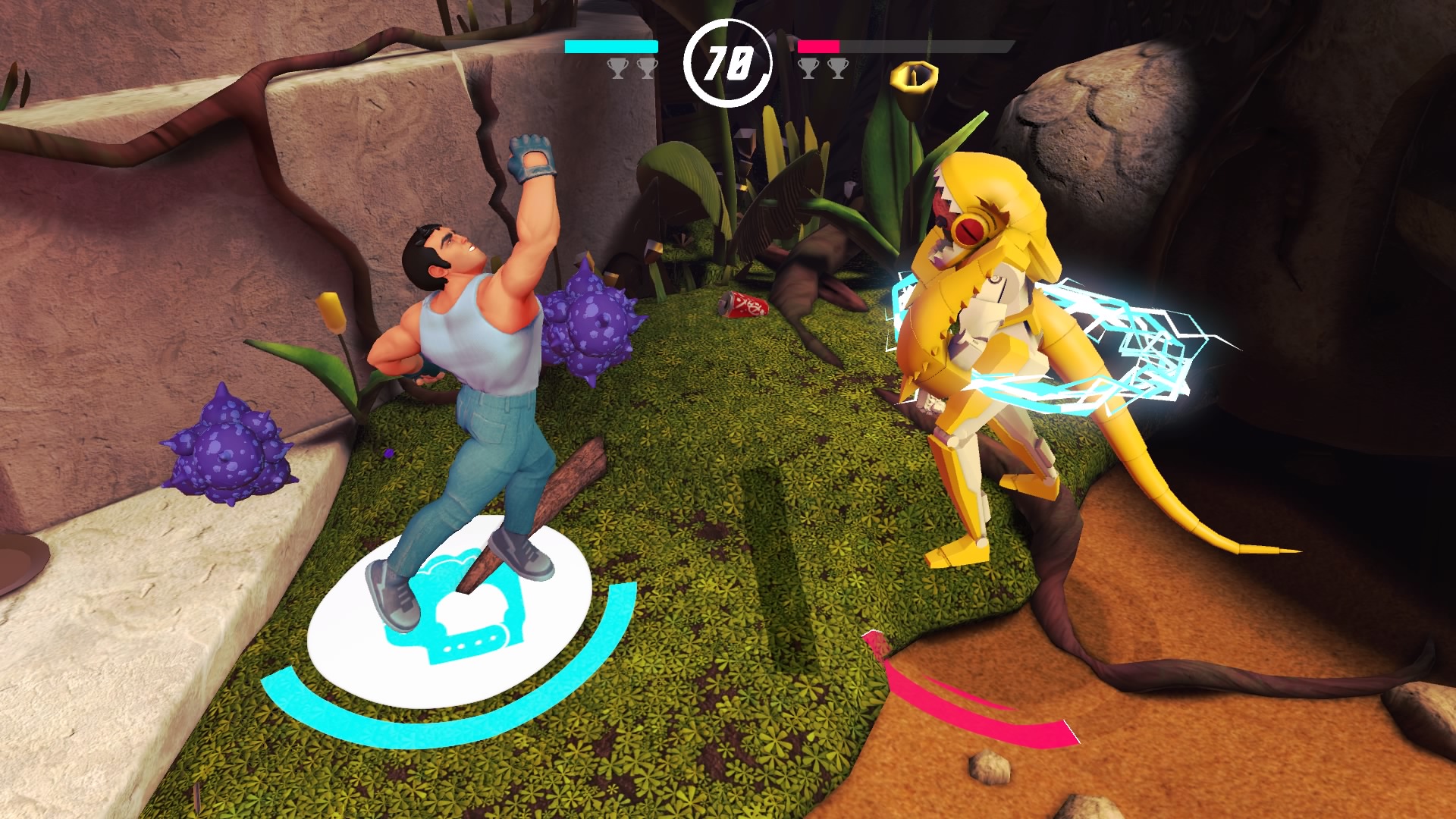 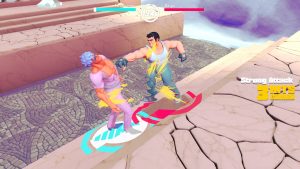 What do you mean you’ve never heard of the Lastman comics?  The cult French comic which throws together boxers, gangsters, drugs and the supernatural.  LASTFIGHT is a 3D brawler based on this licence with a strong callback to Powerstone this is a four player affair with bags of cartoon character.

LASTFIGHT has a couple of modes on offer here with the best place to start being the story mode.  I went into this mode not knowing anything about the Lastman comics, and I came out of it knowing only slightly more.  The game tells a story through the cutscenes but I was still left wondering exactly what the hell was going on and why I was fighting demon bankers and robotic professors.  Suffice to say though you don’t need to know anything about the story to understand how to beat people up.

Each round takes place in one of eight smallish square arenas with the camera willing to zoom in and out to ensure the action is always in the frame.  Each arena has a theme and associated pickups from boxing gloves to lightening bolts.  Whilst each of these items are basically just used to lob at your opponent the variety on offer ensure you never know what’s going to turn up and give each level a chaotically fun feel.

Combat is based around two attacks, a standard hit and then a more powerful special attack which can be charged up for more damage.  As a result of this combat is definitely on the side of the button masher rather than the skilled frame counter.  Although the controls are slick things get samey very quickly and the single player mode suffers from a lack of depth as a result of this. 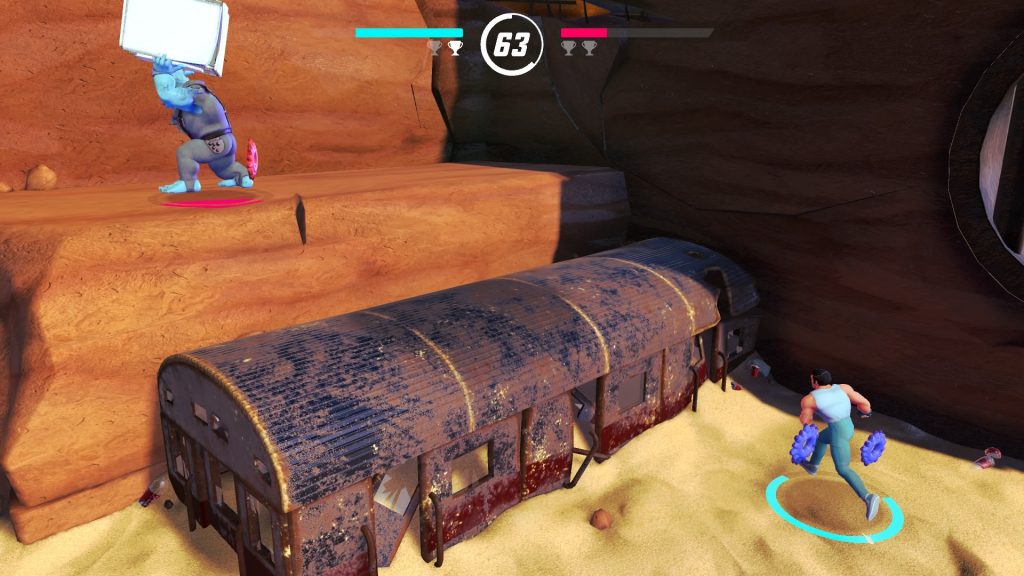 With no online component multiplayer larks are limited to couch play and this is where the game shines the brightest.  The simple controls benefit multiplayer loads and this ends up being the ideal situation to play.  You don’t need to memorise pages of moves to be an effective opponent and the element of luck involved with the items and power ups ensures battles can be won from the unlikeliest of positions.  As a four player affair it offers lots of opportunity as a party game too and is probably something which will come out on such occasions.

In keeping with the Powerstone influence LASTFIGHT also has pickups which evolve your characters.  If you manage to collect three doses of drugs then you turn into a monster which is significantly more powerful.  This change is enough to swing a bout and often the battles you’ll have revolve around racing to collect these drugs .  It’s a fun system which adds another dimension to the fighting.

Outside of the main story mode there are versus, endless, ranked and pinball modes.  You’ll already know what most of these are from the names of them. The only oddity here is that the ranked is an offline mode against AI which actually works surprisingly well.  The one you might not be too sure about is pinball.  In this your attacks do no damage and the arenas are littered by large balls.  The only way to win here is to punch the balls into your opponents.  The mayhem unleashed in this mode is brilliant.

Right from the star things look impressive, the menus look tight and professional and there is a great sense style on display.   The characters in particular have an art style which reminded me of Street Fighter V with a bold cartoon aesthetic.  This attention to detail is great as it’s not always something which you see in smaller indie titles. 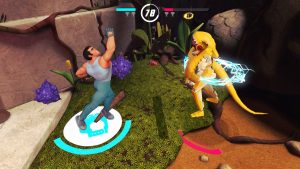 LASTFIGHT is a fun brawler harking back to the good ole days of couch multiplayer.  The action is tight and the presentation is of a very high standard.  The lack of online will be a concern to some people but the single player modes more than make up for the absence of this.  Whilst there may be a lack of tactical depth to the game results in a less satisfying single player mode, the chaotic nature of the battles ensures there is lots of fun to be had when playing this with other people.

LASTFIGHT
8 Overall
Pros
+ Fun easy to pick up brawler + Harks back to Powerstone in a good way + Enjoyable multiplayer + Great art style and overall presentation
Cons
- Single player is simple and over quickly - No online is a bit of a let down - Story and setting makes no sense to people who haven't read the comic
Summary
A great 3D arena brawler which harks back to Powerstone. Whilst the single player mode lacks some depth the multiplayer is a tonne of fun to play. If you've ever wanted to know what a drugged up French boxer looks like this is the game for you.