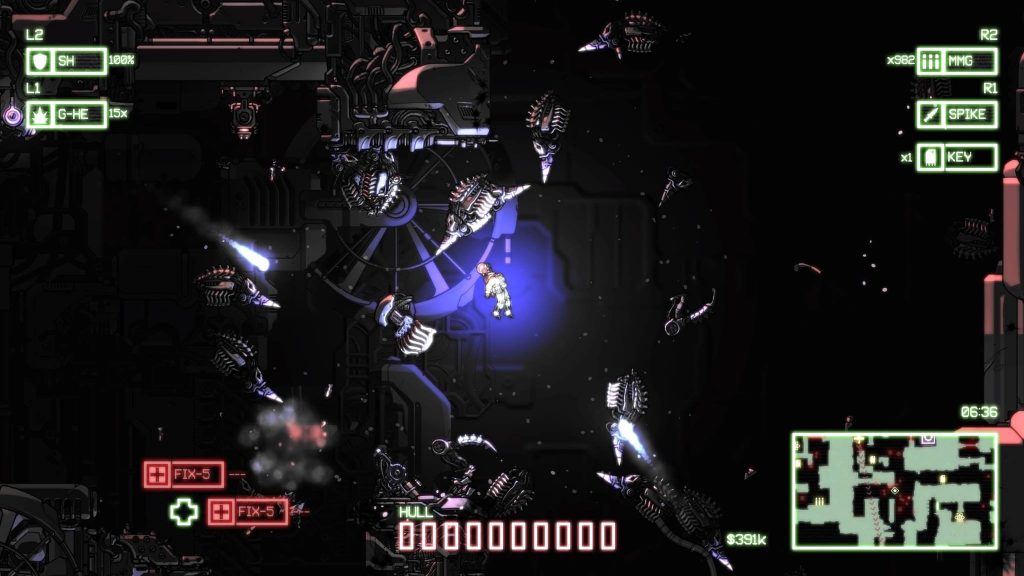 It seems that not a week goes by that we do not end up talking about a new independently developed Rogue-like action game. Once an underutilised genre, The Rogue-like has gone from strength to strength, cosying with many different genres in the process. For today’s indie Rogue botherer we have a game called Cryptark, a twin stick shooter set in and around derelict space hulks that litter the starry sky.

You play as a mercenary group who have been entrusted with salvaging and seizing the remains of alien spacecraft. All while the ships otherwise dormant defences try to take you out, this is all so you can achieve the endgame of taking over the titular Cryptark, a massive vessel filled with dangers and valuable tech. You cannot just go for the prize straight away however, you instead must infiltrate and seize control of smaller ships by destroying their mainframe cores. This is easier said than done of course as each ship is equipped with many security measures that are designed to hinder your progress at any given time, whether that be via biomechanical entities, sentry turrets or systems that project shielding around the main core. Each ship you encounter can be as easy or difficult as you make it and despite the random generation and placement of volatile systems, it genuinely feels at times like the ships have a mind of their own, For better worse. 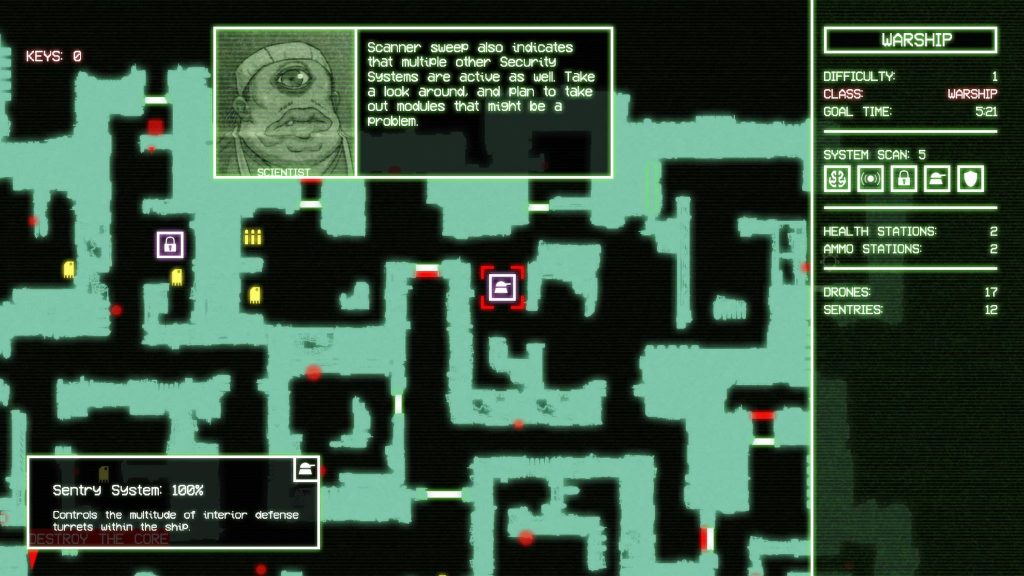 Everything done in Cryptark is in the name of profit, unlike other games in which you have one life to live, this time you can carry on playing if you have money in the bank. Each time you select a loadout for a mission, the money is deducted from your budgetary constraints, the same goes if you were to reload your ammo during a mission or repair your combat suit. Money is rewarded in return for seizing control of ships and performing secondary goals while you do so, which are essentially mini challenges like making it through the ship without disabling certain systems, surviving without having to repair your hull, etc.

So, the game becomes an exercise in micro management, this is what set Cryptark apart from other Rogue-likes to me. Very few games handle the balance between risk and reward as well as they should and I feel that this game does a great job of making those choices difficult. I often found myself wondering whether a space station was worth exploring deeply as opposed to simply seeking out the shields and then the core straight away to avoid certain death traps that would otherwise murder me. To get anywhere in Cryptark, you need the capital and the technology to purchase with said wealth. While the basic machine gun armaments may be fine for the first few missions, you will certainly need an upgrade to tackle the steep difficulty curve later. Shooting for secondary objectives is a good idea, but those can in turn cause a world of hurt that you can ill afford. It’s that constant to and fro in the mind that makes Cryptark so appealing. 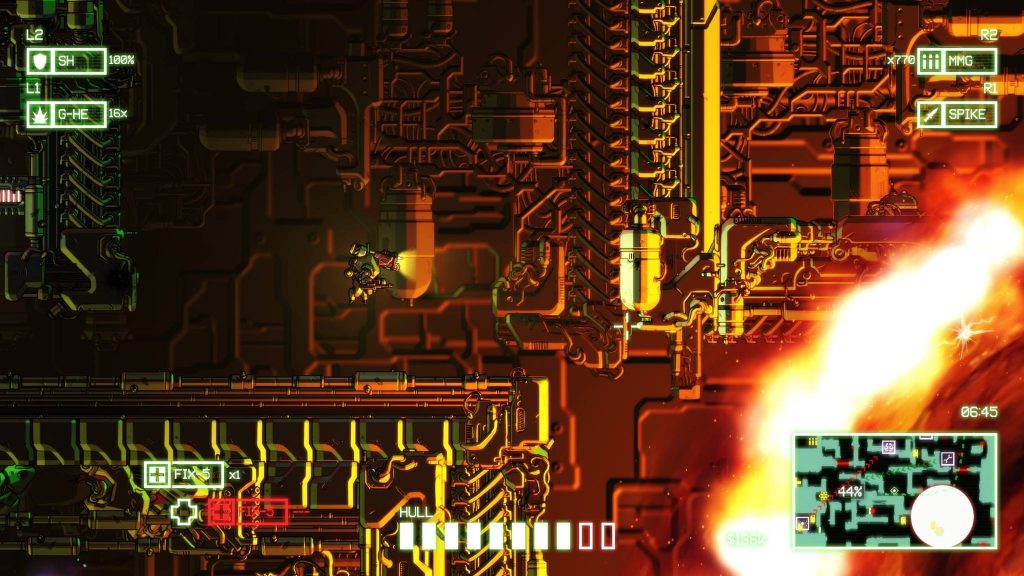 Combat is as you would expect. Left stick to manoeuvre, right stick to aim and the shoulder buttons and triggers to utilise your weaponry. There is a great deal of customisation as you can change out any of the weapons to whichever ones that you can afford and map them to any of the triggers. At first you start off with a well-rounded vessel that has shields, explosives, machine gun and melee attack, but if you so desired you could easily map all buttons to machine gun fire and mash your way to victory.

It’s all rather good and is complimented by a beautiful saturday morning cartoon aesthetic and electronic rock soundtrack. as a plus also, the game is fully voice acted with both your team mates and contracters chiming in to give hints as to what to expect from the next derelict ship or to inform you that funds are running dry. It’s top notch too and really sets Cryptark apart from most titles of this ilk, It really feels like there is love and attention behind the title, despite its simple appearance.

Cryptark
8 Overall
Pros
+ Tight, smooth control system
+ a great example of risk and reward game play
+ The weapon combinations can be great fun to experiment with
+ Strong presentation, both graphically and soundtrack wise.
Cons
- Very challenging, most enemies will sap your health in seconds
- Due to random generation, enemy placements can seem somewhat unfair at times
Summary
Cryptark may be yet another roguelike game, it may also be yet another independently developed twin stick shooter, but it melds both genres together into a compelling package and runs with it. The challenge may be steep, however give Cryptark your time and there is plenty here to enjoy, especially if you love the genre.