Sometimes it feels like ever week there is another pixel art game released and on the face of it The Count Lucanor looks like just another standard release.  To dismiss it purely on this point would be to miss a very interesting and mostly unique experience which will teach you to never trust a goat again.

Somewhere between a light horror and a puzzle game The Count Lucanor manages to create a clear identify for itself.  You control a ten year old boy, Hans, who decides he’s had it with being poor and leaves home to seek his fortune. Viewed from an overhead perspective Hans soon finds himself trapped in the castle of Count Lucanor, and face to face with a Kobold.  The Kobold explains that if you can correctly guess his name you will be able to inherit the Count’s riches. 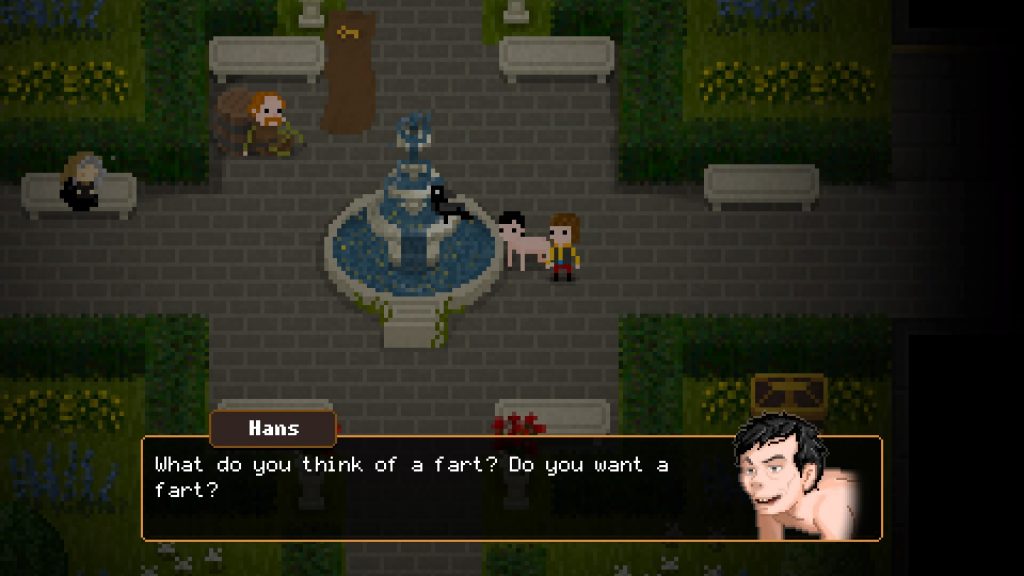 In order to guess the Kobold’s name you’ll need to pick up letters hidden in the rooms of the castle.  Each of these rooms acts as a puzzle and they are all varied in their design.  I won’t go on to spoil these, as this is the bulk of the game, but the ingenuity of some of the puzzles really raised a smile on my face. Often a room will have a secondary puzzle too which, although often just reliant on finding an item from another location, really adds to the depth to the game. I ended up drawing a map to aid my understanding of the castle and found the way the rooms and puzzles interweave to be a brilliant design choice.

The world Hans inhabits is very much inspired by folklore and fairy tales, and the game is named after the Spanish book Tales of Count Lucanor.  This was a collection of stories with moralistic themes and had much in common with Aesop’s fables. I’ve not read these tales so I don’ t know if the game follows any specific one, but it did manage to create a setting which felt seeped in lore and more developed than many other games out there. 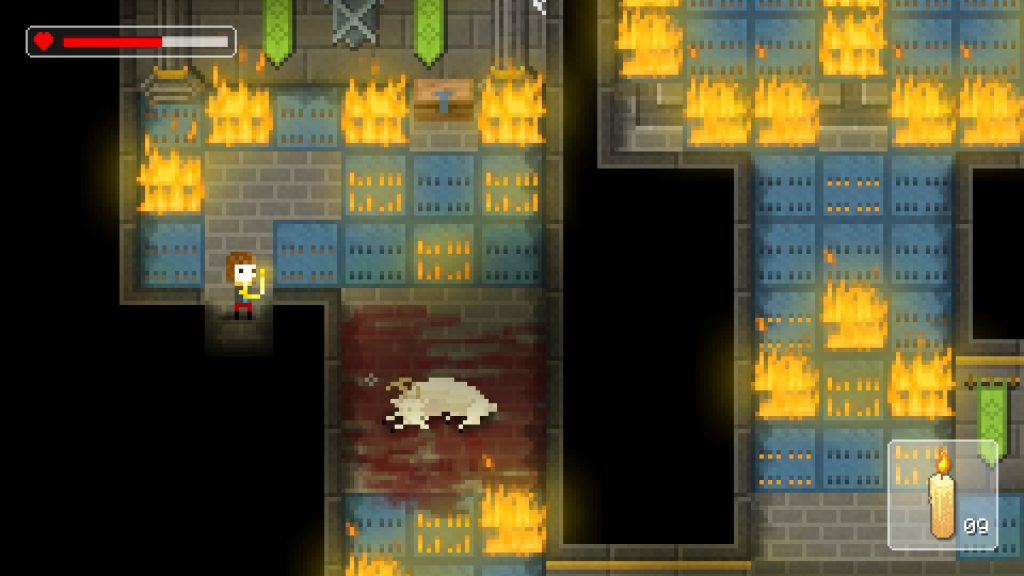 In the castle is a range of weird NPCs in the safe courtyard area, which acts as a hub. The design of these struck me as coming from a deeper lore as they are all so varied and unexpected.  The dancing goats and pig man are my personal favourites.  These all have dialogue and will often react to your adventures in the castle with different lines.  On the topic of dialogue this is consistently humorous and of a really great standard throughout, there is some excellent script work here.

The corridors and rooms of the castle are mostly pitch black with the only illumination coming from a candle you carry. In a really interesting mechanic you can find more candles and leave these around the castle to provide little pools of illumination in the darkness.  These lights not only allow you to know where you are going, but also allow you to see if there are any enemies prowling around after you. I really enjoyed the use of these candles as it made me feel like I was my own explorer, marking my own way through this dangerous castle.  There are ample candles to pick up and I was never in any worry of running out of them. 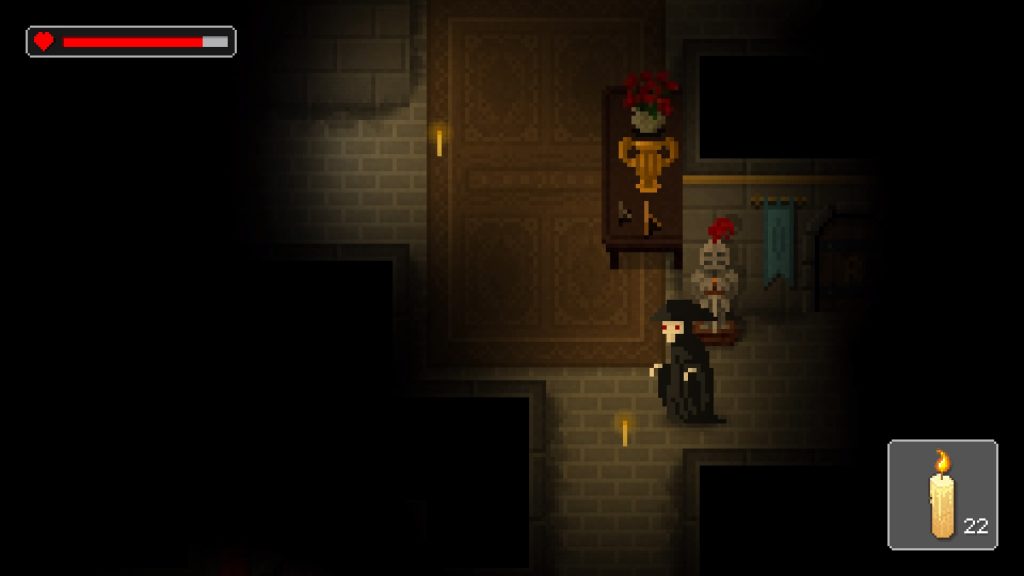 The Count Lucanor isn’t a terribly difficult, or long, game and will see you through about five hours of play. As a story driven experience replayability is limited, however there is a range of endings available and these do serve to offer incentive to replay, or reload a later save.

All in all then The Count Lucanor is a delightfully quirky game.  The excellently designed, and odd, characters make for gentle scares throughout, and some memorable set pieces.  With a great script and some interesting puzzles there is a lot to like here. It is only let down by some technical issues, and whilst this stops the game scoring higher, it remains great fun to play.

The Count Lucanor
6 Overall
Pros
+ Great script, and lore, in the game.
+ The puzzles are well created and enjoyable to solve.
+ Character design is brilliant.
Cons
- I experienced numerous hard crashes while playing.
- The pixel art style makes it look a little generic.
- It isn’t that difficult and can be completed in a handful of hours.
Summary
The Count Lucanor is a delightfully quirky game. The excellently designed, and odd, characters make for gentle scares throughout, and some memorable set pieces. With a great script and some interesting puzzles there is a lot to like here. It is only let down by some technical issues, and whilst this stops the game scoring higher, it remains great fun to play.