Somewhere some time ago the world lost its way.  Not just in gaming but generally.  A quick scroll through Twitter will show you that.  People think things that don’t matter are super important and shit that does matter isn’t.  Things that are obviously terrible are lauded because this horrible hipster world puts so much stock in things being art or even anti-art, that they are prepared to put up with, and celebrate, absolute nonsense.  Nonsense like My Name is Mayo which currently is enjoying a Metascore of 100 thanks to one review that gave it full marks.

This game (and, yes, we’re reviewing the game, not the art, statement, weirdness or whatever) involves a static image of a jar of mayonaise (the worst food substance apart from beetroot) and a disembodied hand.  You move your hand over to the jar with the left stick and then press X to tap the jar.  Ten thousand taps, and a few dives into the menu, later you’ll have a platinum trophy, an aching forearm and will be an hour or so closer to the grave. 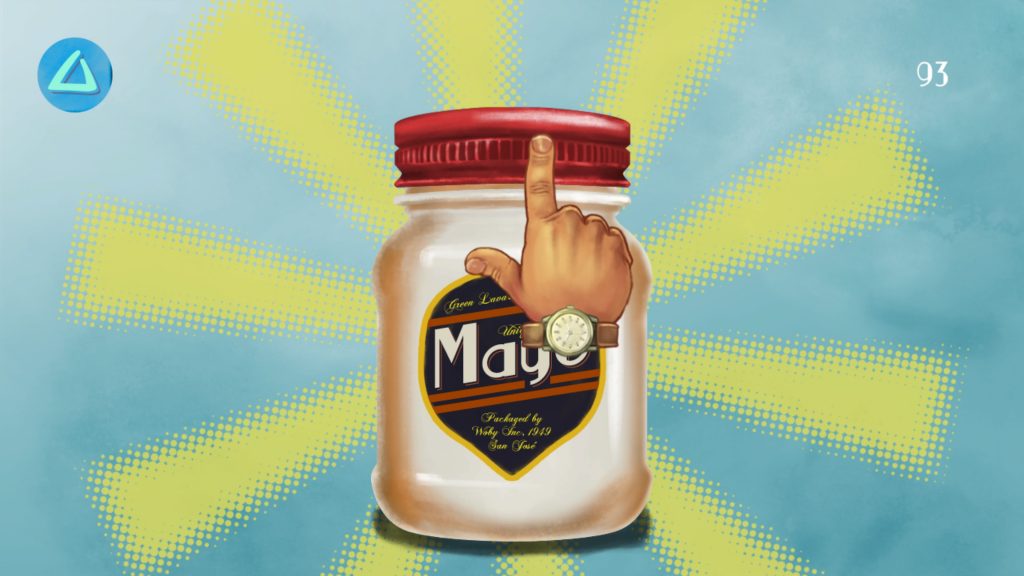 Along the way you’ll unlock tiny snippets of story such as the one where your jar of mayo wants to become a rock star or wants to dress in bikinis and various other throwaway lines of story.  They are represented with icons that look like advertisements from the 1950s because the game wants to be kitsch and ordered in such a way that it’s easy to go off along other storylines because after a minute or so you’ll have opened up a few of them.

It’d be easier to enjoy and appreciate these little tales but they have literally zero substance and you’ll have to tap the fucking X button hundreds of times to get through them.  I mean that’s the thing here:  it’s a game where you tap the X button a lot.  It isn’t fun and is more than a little uncomfortable.  It couldn’t be less enjoyable if the developers had Simply fucking Red do the soundtrack.  As it happens, the music taps into that 1950s TV vibe also, conjuring up a feel of Pleasantville-style domestic happiness.  But again, tap tap tap tap tap tap.

Look, this is utterly without merit.  Don’t let people tell you it’s good.  Don’t let them tell you that it makes some sort of statement.  The only statement it makes is that gamers are fucking idiots who’ll buy any old rubbish.  If someone gives this a good review, start studying ethical hacking and get their pretentious bullshit site offline before they convince any more readers that this is good. 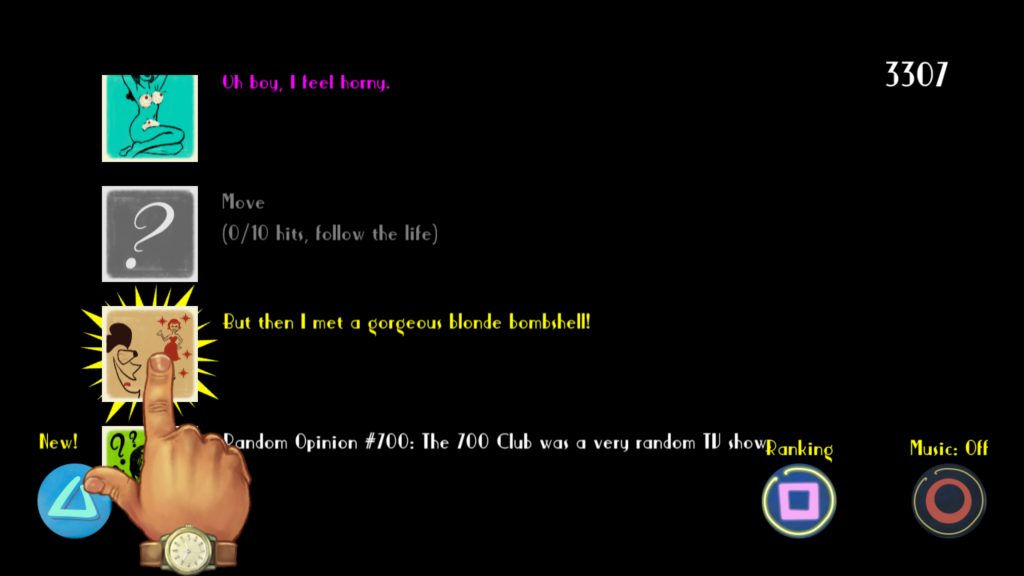 If you want the vibe of My Name is Mayo but with a little more depth and a whole lot more charm, get Little Inferno for your phone or tablet.  That’ll sort you out.  But don’t buy this.  It’s only 99p but so is an MP3 from the band Nickelback and you wouldn’t consider that acceptable now would you?  WOULD YOU?

Sorry.  We’re not having it.  Anyway, this is also out on the Vita.  But we don’t fancy poking a hole through that lovely OLED screen, thanks.   So if you must play this, I don’t know what to tell you.  This isn’t a game.  This isn’t anything apart from a joke at your expense if you buy it.

Summary
The fact that Sony allowed this to be on PSN, the fact that the developer thought he deserved money rather than punches for it and the fact that games media in general haven't told you this is awful should tell you something about the low esteem gamers are held in these days.