Real time strategy games are never the first genre that springs to mind when I think about console games.  Neither are tower defence games but oddly enough Comet Crash 2: The Kronkoid  Wars offers an enticing blending of these two genres and  is a follow up to the PlayStation 3 original.  Developed by independent studio Pelfast the original Comet Crash succeeded in bringing an accessible strategy game to the home console and Comet Crash 2 is definitely cut from the same cloth. 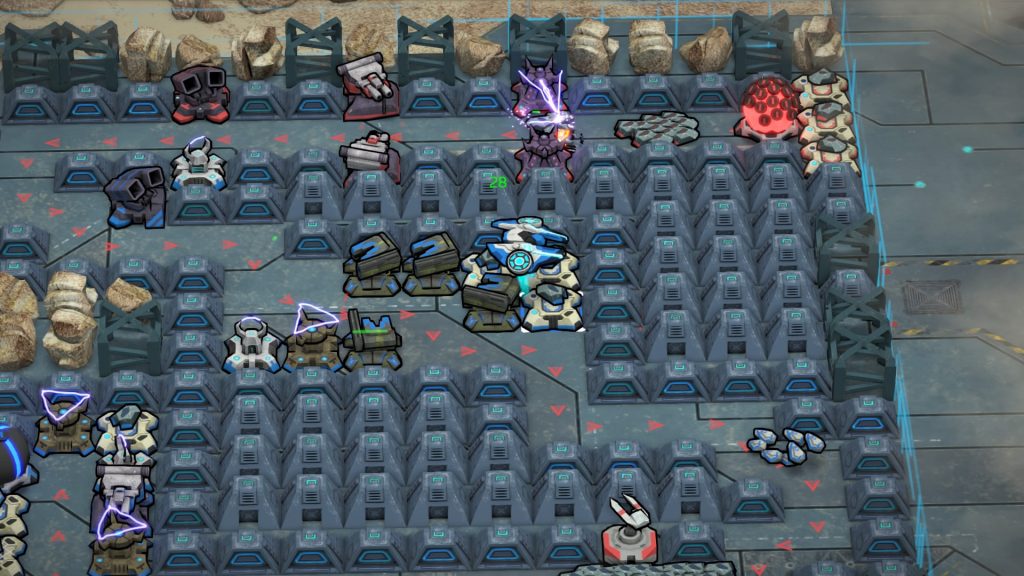 Comet Crash is the kind of tower defence game where you have almost total freedom to place your towers.  Each stage is effectively laid out on a grid based pattern and you can pretty much place your towers where you like. The only caveat here is that you can’t completely block the path of the enemy, although you can build walls to divert them round a longer route, which can become a key line of defence.

In order to build your towers you need to harvest floating asteroids which is where the light RTS elements come into play. You control a space ship which, although can’t shoot, has the ability to drag asteroids over to be destroyed by the towers.  Breaking these asteroids gives gold which can be used to build, upgrade or repair your towers. It is a nice system and gives the whole game more of a sense of action than other tower defence games where you’ll literally wait for a timer to recharge. 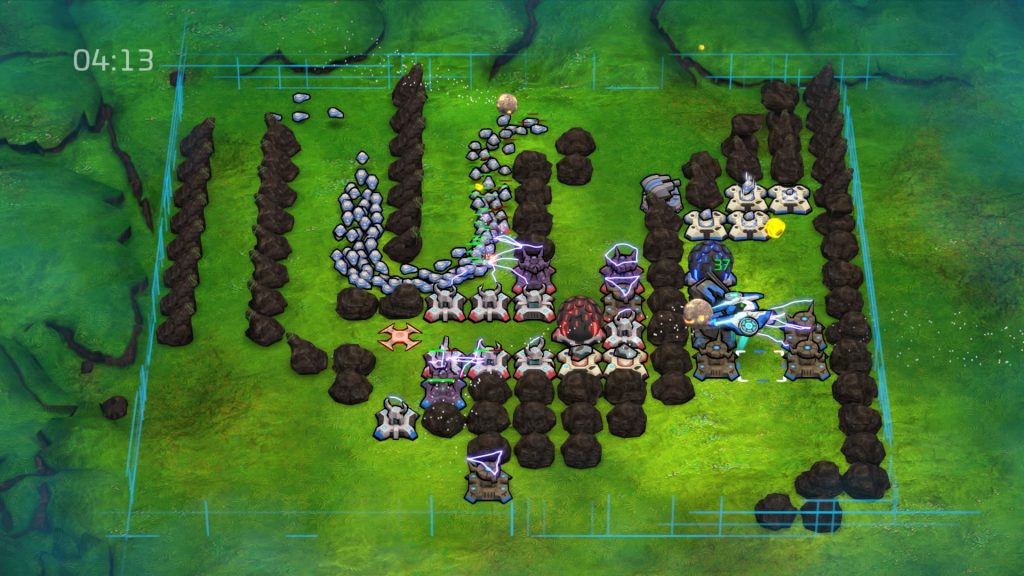 The other RTS element to Comet Crash 2 is the fact that in order to win a game you have to send out your own troops to defeat the enemy base. This transforms what would have been a fairly standard game into a unique blend of genres.  If anything this sort of reminded me of the Mega Drive game Herzog Zwei, which was frankly amazing. This need to both defend your base and attack your enemy is balanced really well and works a treat here.

As a single player game Comet Crash 2 has a healthy amount of levels to complete but some fairly limited enemy AI.  It very much feels like the single player game is just training for the multiplayer modes though as this is where the game really shines.   With both couch play and online, which was dead when I tried it, there are a range of options available.  Up to four players can battle it out online with a unique mode called couch versus couch where two local players will go online to battle with two other local players.  When playing with a human opponent all the nuance of the resource gathering and tower placement comes to the front.  The AI never really seems to challenge you for resources or even encroach on your territory with new towers , but with humans as your enemy you’ll be zipping your ship all over the map in order to deny them resources and space.  It really is a frantic and enjoyable way to play.

Whilst the gameplay is fairly decent the same can’t really be said for the presentation as this feels very bare bones. The menus and options are basic and the in game tutorial is only partially helpful.  There is also a lack of any real in depth notes or guides on what the various units do and I found it frustrating to understand the differences between them all. The graphical style also lends the game a sense of simplicity, and although things are easy to identify they don’t seem to have much personality or style. 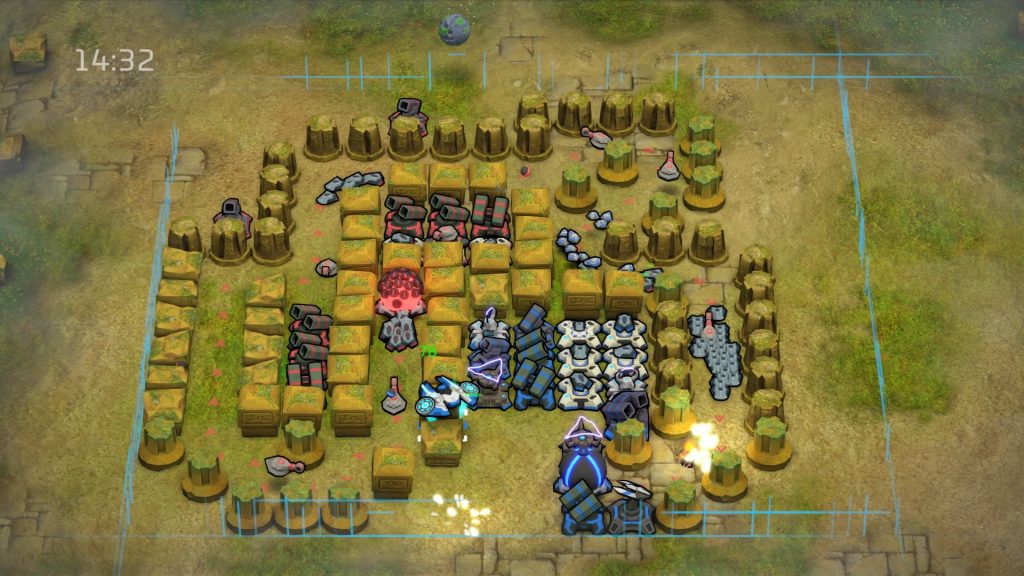 I’ve enjoyed my time with Comet Crash 2: The Kronkoid Wars and it proved to be a unique blend of RTS and tower defence.  The single player campaign offers a nice distraction and plays well enough, but it is with the multiplayer that things really brighten up.  It is a shame then that I’ve struggled to find a game online, something which I feel which will only be remedied if you can get a groups of friends to buy into this with you.

Comet Crash 2: The Kronkoid Wars
6 Overall
Pros
+ Decent mix of real time strategy and tower defence
+ Good multiplayer options
+ Enjoyable to play
Cons
- Playing single player against the AI is only limited fun
- It is dead online
- Lack of any real tutorial
- The packaging feels very bare bones
Summary
Comet Crash 2: The Kronkoid Wars offers a unique blend of RTS and tower defence which is fun to play. The single player campaign offers a nice distraction and plays well enough, but it is with the multiplayer that things really brighten up, although you may struggle to find a game online.