Back in 1995 bucks the trend of indie games by not using 8 or 16 bit 2D graphics to tickle your nostalgia bone but 32 bit 3D graphics. The birth of home 3D graphics ushered in some truly timeless classics and gave us survival horror. It is specifically this genre that solo developer Takaaki Ichijo is paying homage to and those who played these titles back in the day can probably envision what that means from the gameplay to the controls. Oh, and this is a Ratalaika Games published title so a short and easy platinum for PS4 and Vita is available. 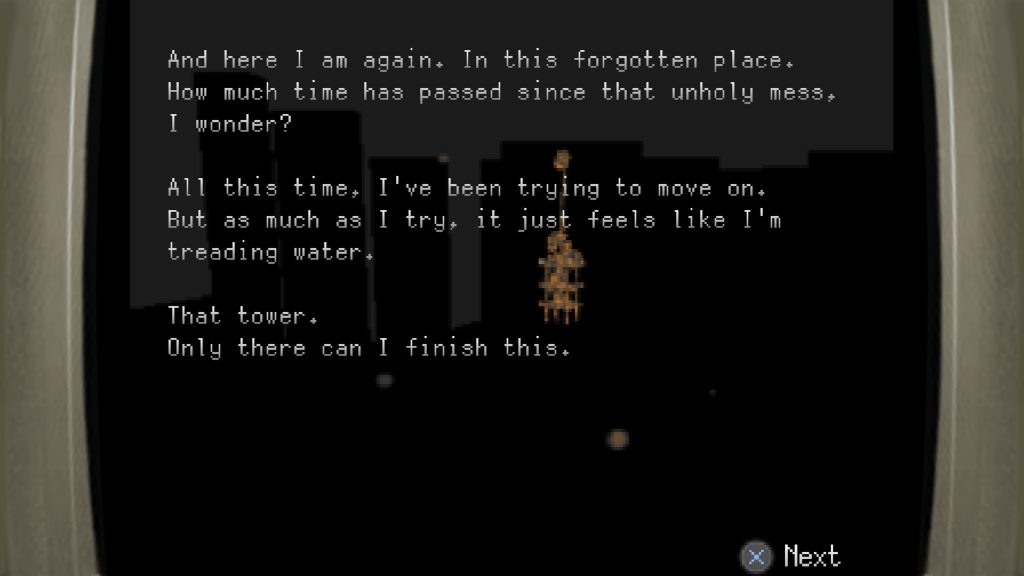 You play as Kent who needs to reach a tower in the distance by investigating buildings and using zip lines to make his way across the rooftops. As is the norm with survival horror you don’t know why you have to get somewhere, and neither does Kent, you just have to. Unfortunately there are demons walking around and combination locks blocking your progress but notes left in the oddest of places will give you the clues you need to make headway.

You’ll find a pipe wrench, pistol and a shotgun to fight back and ammo is pretty generous as are painkillers for restoring health but I found that you can actually just run around a lot of the uninspired enemies. They aren’t the most aggressive anyway but they have a large wind up when they go to attack you and I often found that I’d take more damage trying to engage them than if I left them alone. If you can run around looking for items to interact with without fear then I have to question why the enemies are there in the first place other than because that’s how older games did it. 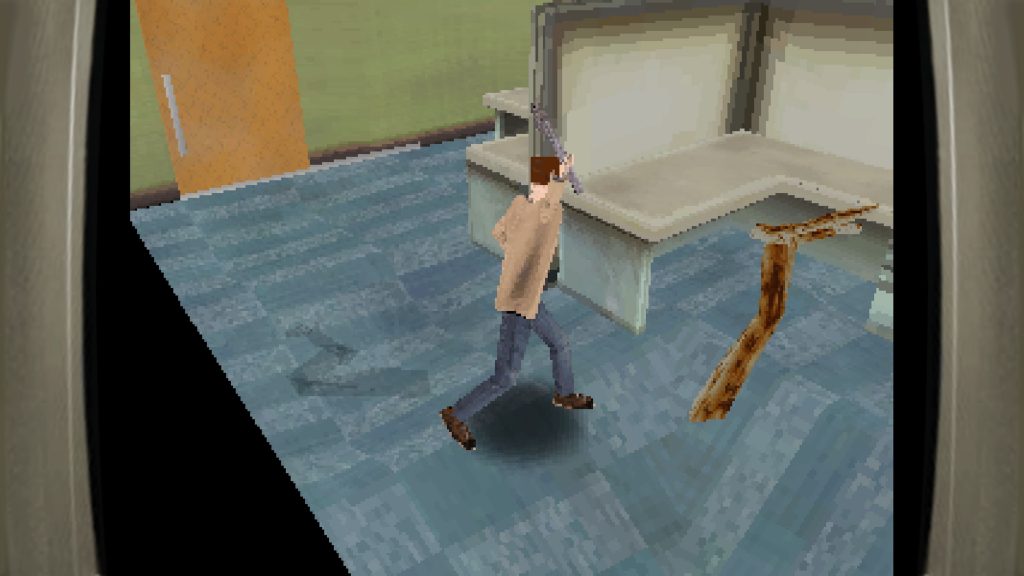 Perhaps if you weren’t involved with gaming in 1995 you would struggle to get around the enemies as Back in 1995 uses tank controls. Fixed camera angles were a staple of the genre, mostly due to technical restrictions but could also be used to scare the player, but this meant that forward on the dpad or analogue stick could mean one direction in one camera and then as you entered another camera view your character could be facing the opposite direction. Tank controls were the workaround, where no matter which way your character was facing ‘up’ on the dpad would move them forward. The tank part came from the need to rotate your character to get them to go in another direction, rather than ‘left’ just making them run left. It’s not something I’ve ever really had a problem with and I picked up the controls here pretty quickly (use the dpad rather than the analogue stick would be my advice) but it will take some adjusting for those new to the concept. 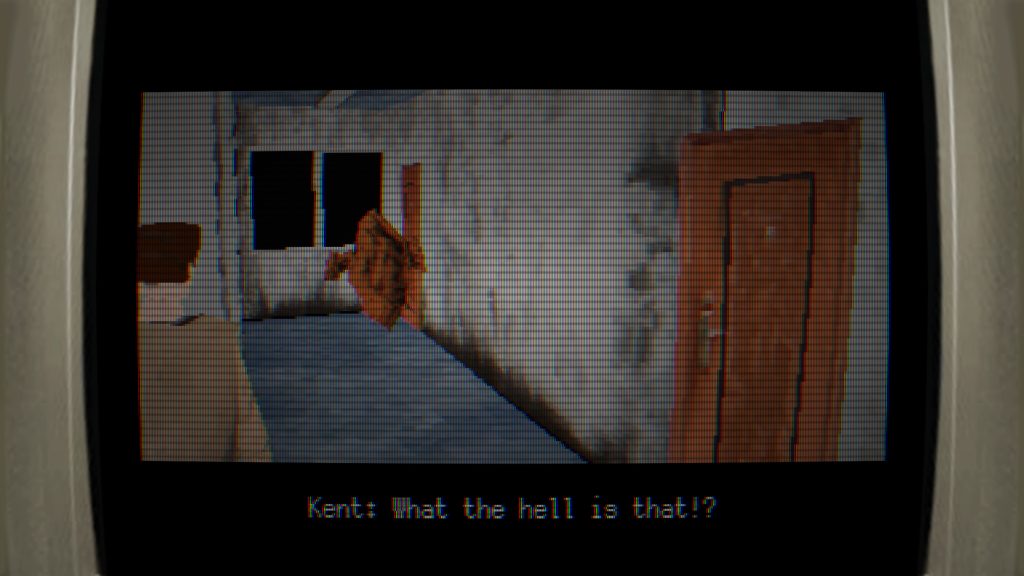 It’s not only the controls and camera angles that are borrowed however, as a quick glance at any of these screenshots will make obvious. However, as 2D indie games often take inspiration from older titles but use graphics that would have been impossible on those systems, Back in 1995 seems to have gone the other way. Yes there were low polygon character models back then and the resolution was low, but you couldn’t really tell on the old CRTs. This has a couple of CRT filters, one more aggressive than the other, but as with most filters of this type I ended up turning it off after trying it briefly as they’re a little too over the top. Another major exaggeration is the PS1 texture warp that would happen around the edge of the screen. It’s nice to see it try to be replicated and it does evoke the effect, but I’m not sure I ever saw texture warping on this scale that can have the floor swimming around beneath you.

You’ll walk around (there is no run) these environments for less that two hours before you’re finished and that includes a second ending. The gameplay, from the fighting to the puzzles, isn’t great and although it is respectable that they’ve tried to stick as closely to the original formula as possible when it has been done better already then there’s no reason not to just go back and play those games, whether it’s Resident Evil, Silent Hill, Alone in the Dark or whatever you fancy. An homage to older titles whilst bringing in some modern day twists would have been far more interesting. 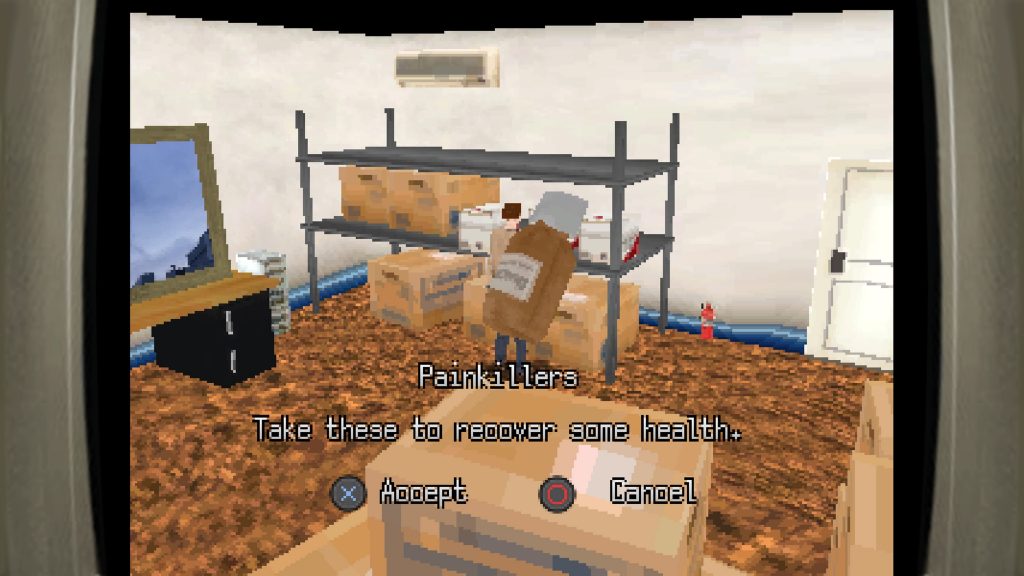 At the end you do get a message from the developer about their goals and intentions which does give a little more weight to what you’ve just experienced, but if Back in 1995 was supposed to make me think back twenty-odd years to important games or my youth then it succeeded, but mostly because I was thinking how much better those games were, rather than as a nostalgia kick. As bad as some of Vaccine‘s mechanics were I’d argue it was a little more successful , but neither game is easy to recommend. Unless you want a quick and easy platinum (or two) or course, in which case Back in 1995 is another to add to your list.

Back in 1995
5 Overall
Pros
+ Visuals do evoke a time period
+ Developers intentions are good
+ Easy platinum
Cons
- Gameplay is poor
- Story doesn't get going until the very end
- Enemies are uninspired and ineffective
Summary
Back in 1995 seems to offer a homage to survival horror titles of the 32 bit era but it's only surface deep. The gameplay and story were surpassed over twenty years ago which makes this tough to recommend unless you're simply looking for another platinum trophy.